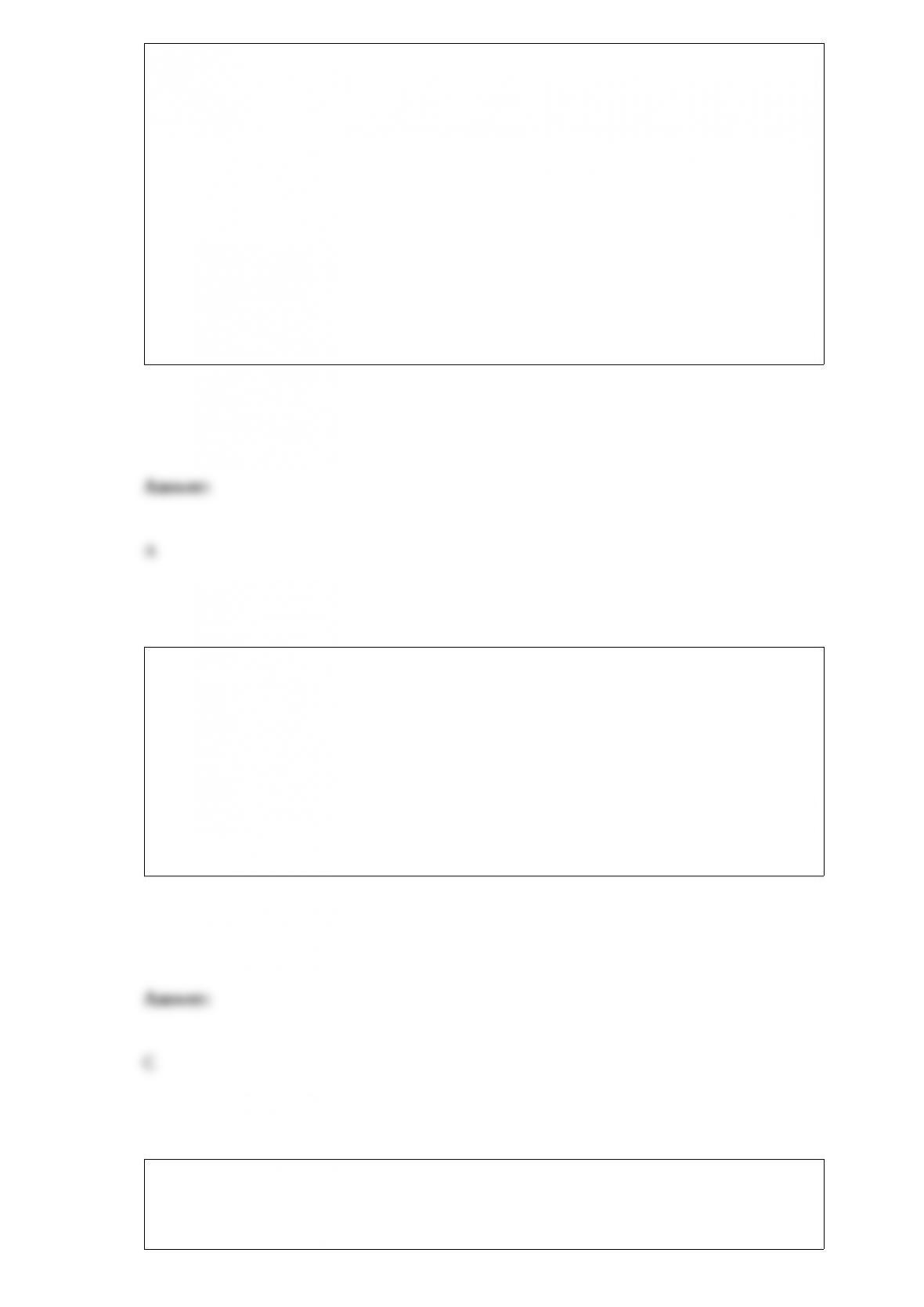 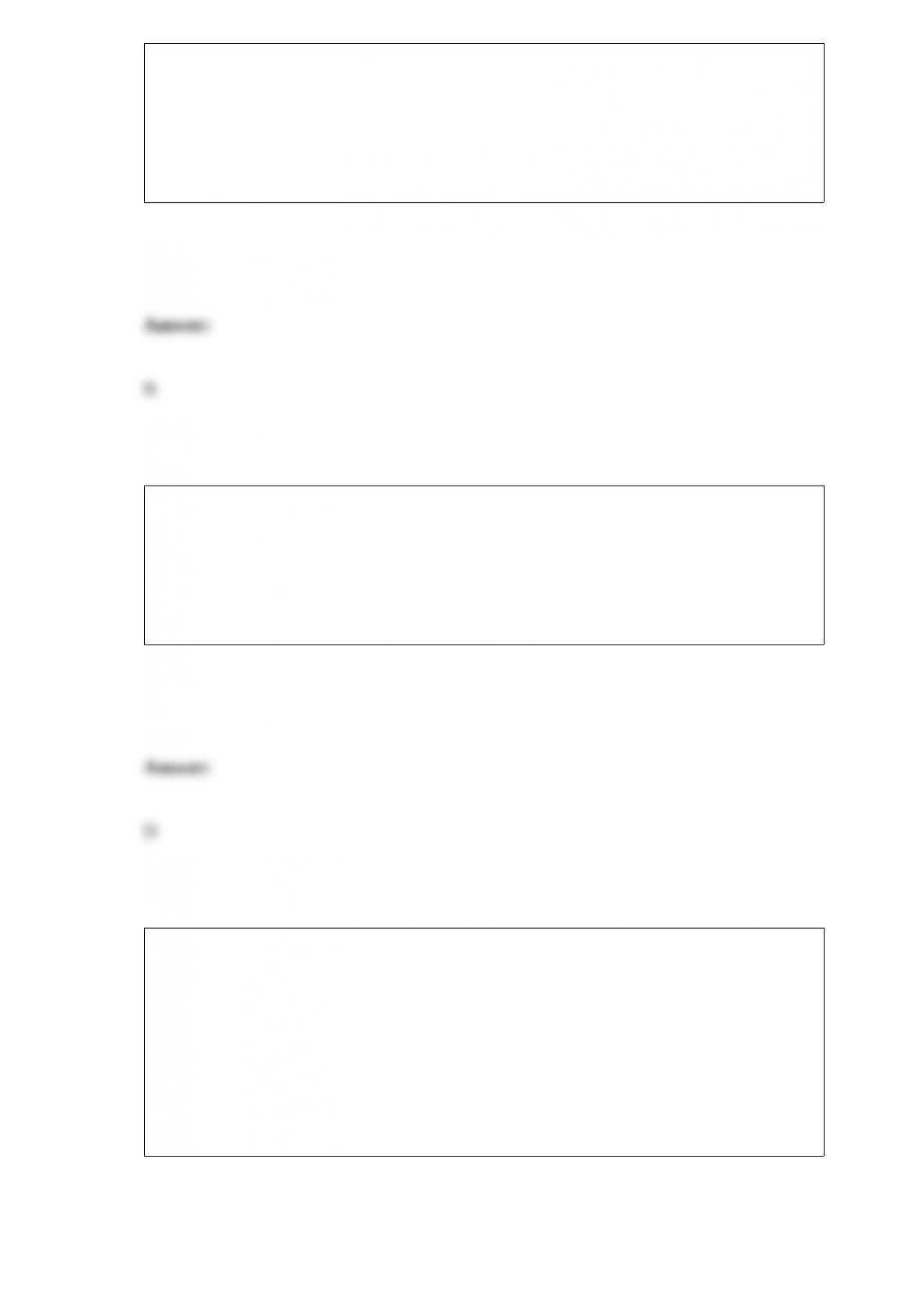 B) expertise in the conduct and meaning of life.
C) an intrinsic characteristic that develops with age.
D) general familiarity with everyday dilemmas.
Which of the following statements about alcoholism is true?
A) Studies show little or no genetic involvement in alcoholism.
B) In men, alcoholism usually begins in the twenties and thirties.
C) Contrary to popular belief, alcoholics can and do limit their alcohol use.
D) Alcoholism crosses SES and ethnic lines but is higher in some groups than others.
It is difficult to isolate the precise damage caused by illegal drugs during pregnancy
because
A) most drug-using mothers refuse to participate in teratology research.
B) the majority of babies born to drug-using mothers do not survive for more than a few
days.
C) most drug-using mothers quit during the first trimester of pregnancy.
D) drug-using mothers often take several drugs, display other high-risk behaviors, and
suffer from poverty and other stresses. 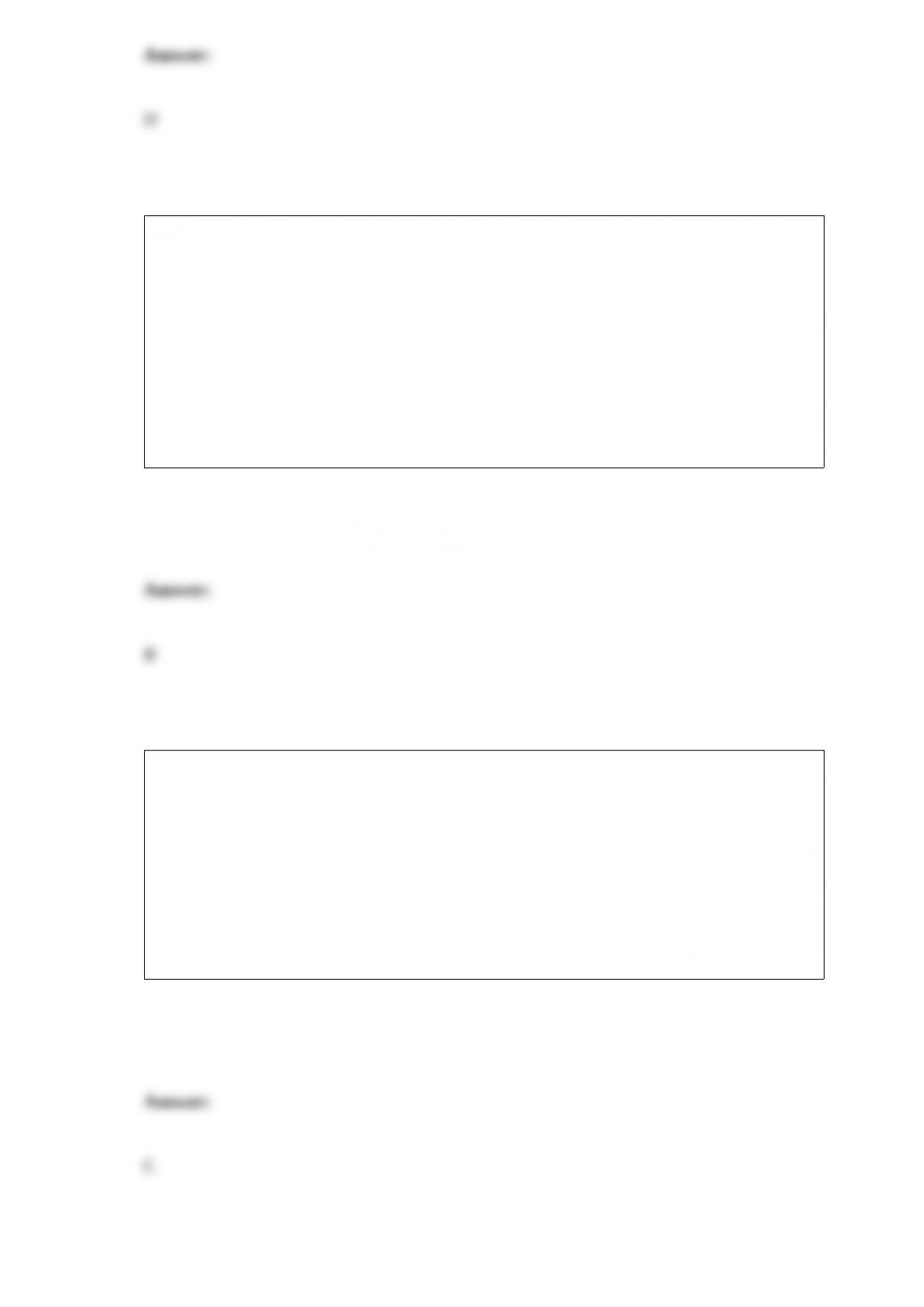 Which of the following statements about children's understanding of individual rights is
true?
A) Children tend to regard laws that discriminate against individuals as okay.
B) As early as age 6, children view freedom of speech and religion as individual rights.
C) Older school-age children believe that all matters are best decided democratically.
D) Prejudice usually increases during middle childhood.
Phenotypes depend in part on an individual's
A) cells.
B) chromosomes.
C) genotypes.
D) DNA. 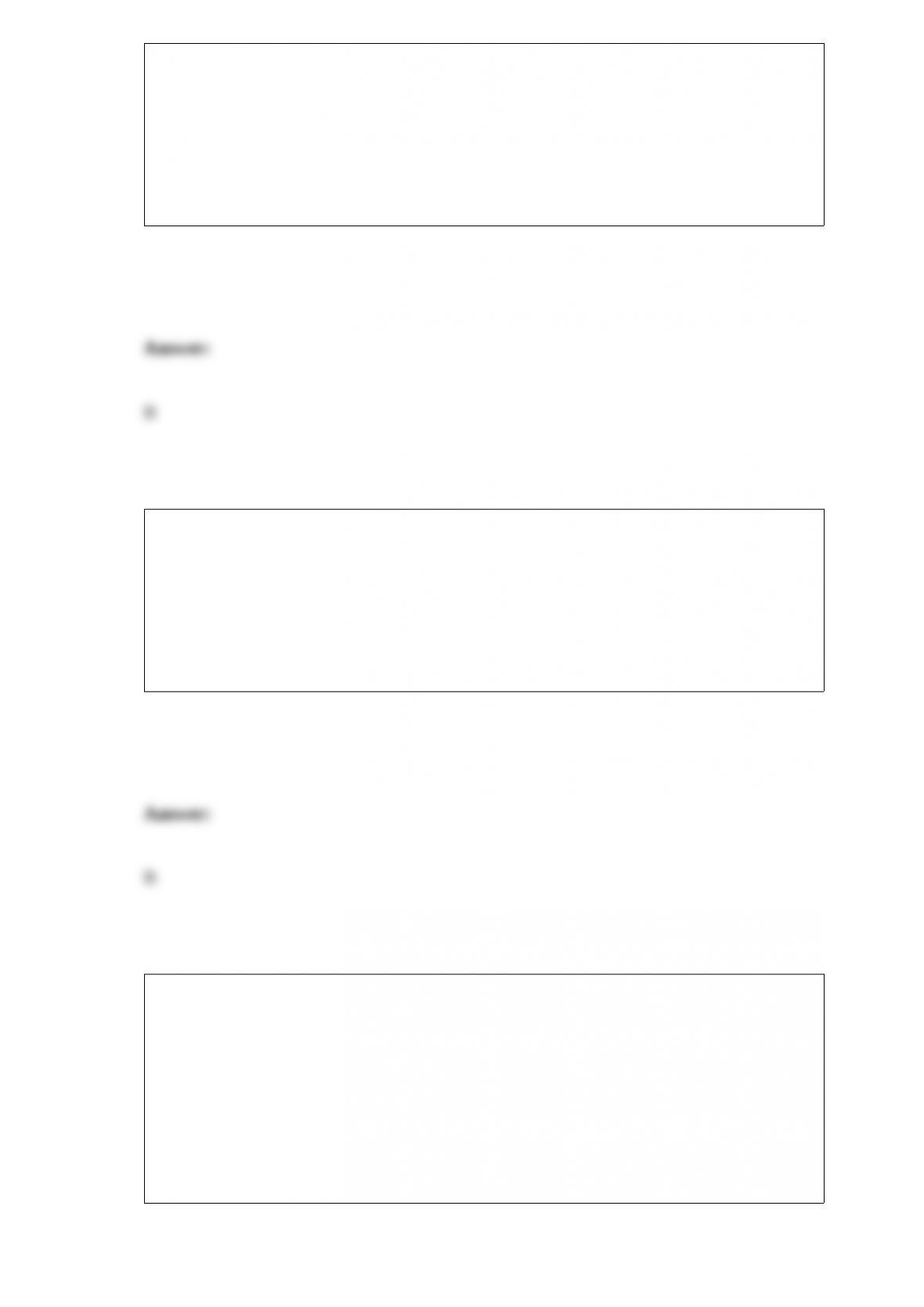 Compared with survivors of other sudden deaths, people grieving a suicidal loss are
more likely to
A) experience disenfranchised grief.
B) conclude that they could have prevented the death.
C) engage in anticipatory grieving.
D) recover more quickly.
Early medical records of SIDS babies reveal
A) a family history of chromosomal abnormalities.
B) higher rates of prematurity and low birth weight, poor Apgar scores, and limp
muscle tone.
C) they were born after their due date and had higher-than-average birth weights.
D) they often cried or whimpered in their sleep.
The trend toward early retirement may soon reverse because
A) most baby boomers say they want to work longer.
B) the mandatory retirement age has increased for most workers.
C) older adults have fewer choices about when to retire.
D) the population of preretirees is declining steadily. 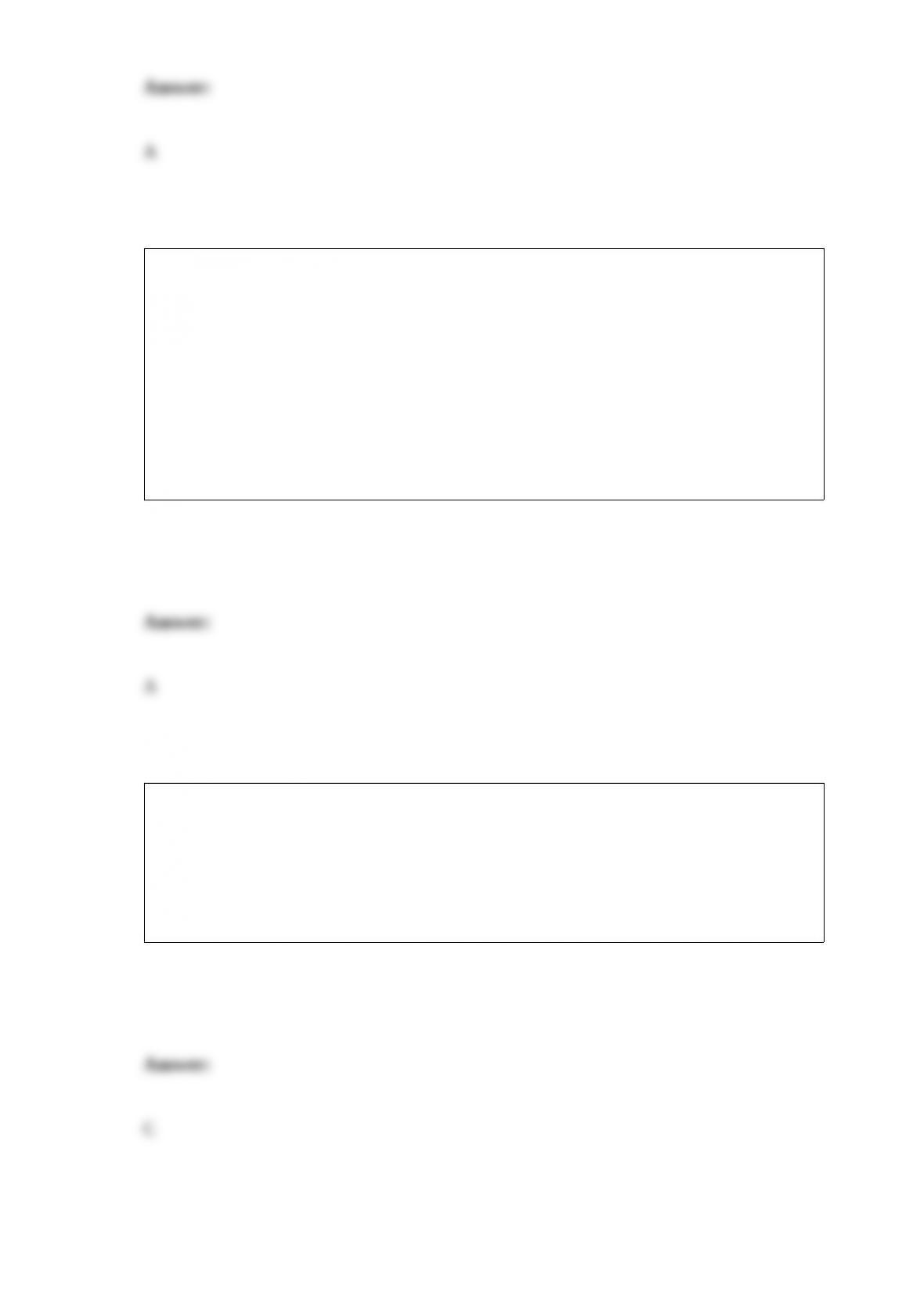 According to Erikson, a mother who __________ is likely to promote autonomy in
toddlerhood.
A) gives a child an extra five minutes to finish playing before leaving the park
B) makes her son put away his toys immediately when asked
C) picks up her son's toys, puts away his books, and makes his bed on a daily basis
D) criticizes her son whenever he incorrectly uses his fork or spoon
One hypothesized cause of age-related DNA and cellular abnormalities is the
A) lengthening of telomeres.
B) production of androgens.
C) release of free radicals.
D) increase of synaptic connections. 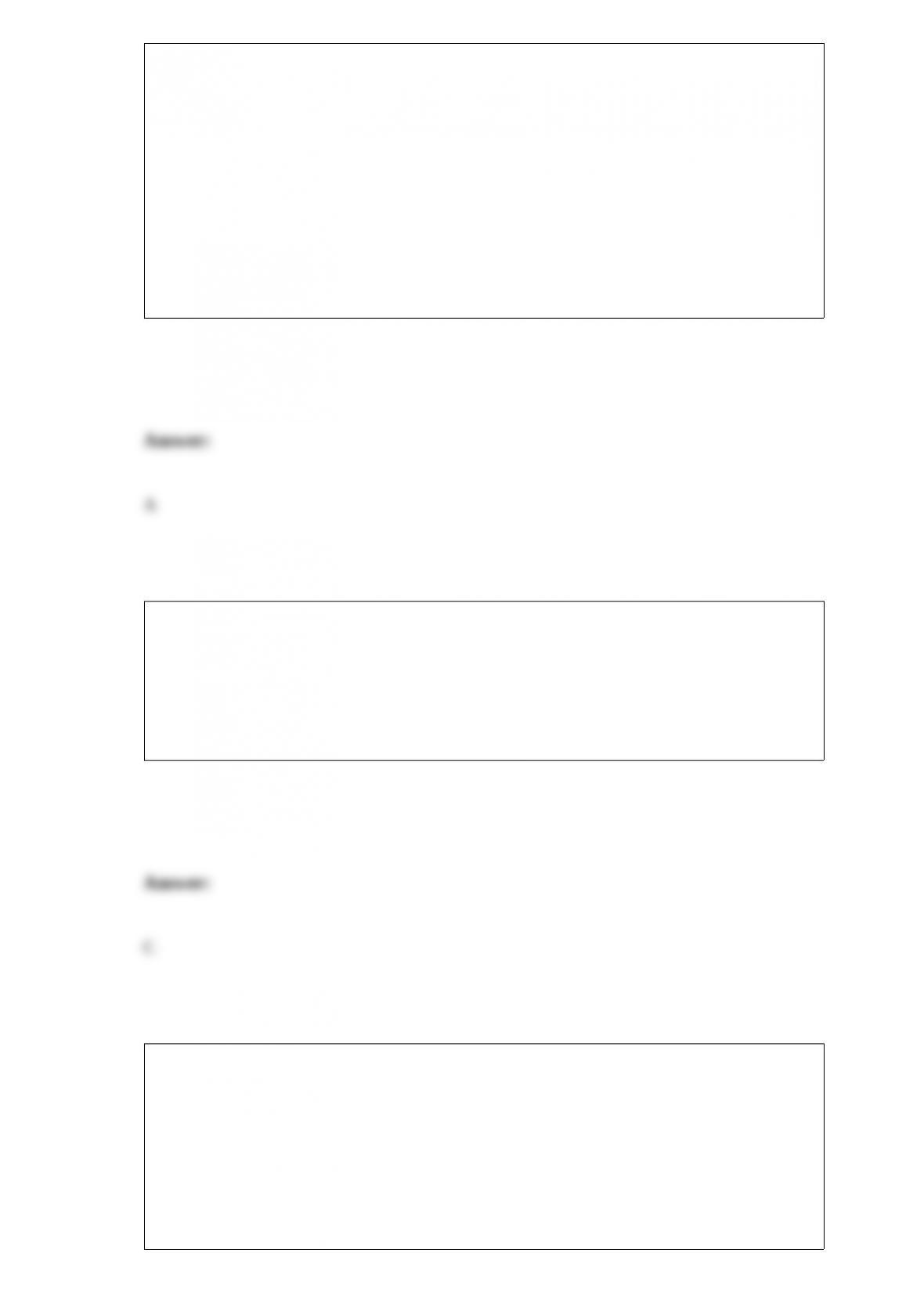 In the Strange Situation, Bernadette uses her mother as a secure base. When separated,
Bernadette does not cry, but when her mother returns, Bernadette crawls to her.
Bernadette is demonstrating __________ attachment.
A) secure
B) slow-to-warm-up
C) easy
D) resistant
Which of the following statements about a blastocyst is true?
A) It consists of a single cell.
B) It is a structure that feeds the developing organism.
C) Between the seventh and ninth day, it burrows deep into the uterine lining.
D) It is a membrane that helps to keep the temperature of the prenatal world constant.
Developmental impairments and deaths due to diarrhea can be prevented with oral
rehydration therapy (ORT), which consists of
A) iron supplements.
B) antiviral drugs.
C) immunization of infants and young children. 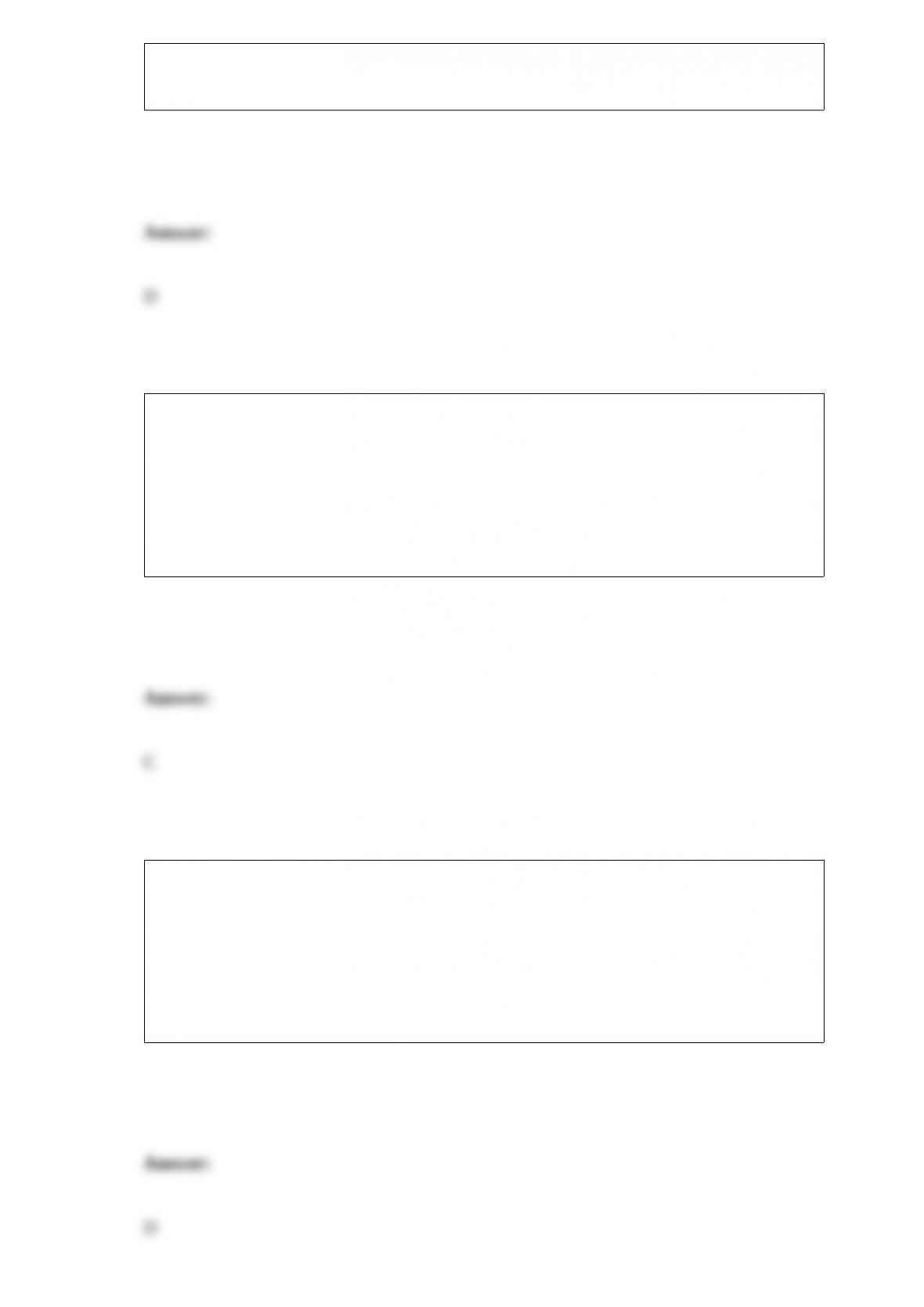 D) a solution of glucose, salt, and water.
The Stanford-Binet and the Wechsler intelligence tests
A) are used mainly for instruction planning.
B) require very little training of teachers who give them.
C) are often used to identify highly intelligent children and to diagnose children with
learning problems.
D) do not take into account the child's behavior during the administration of the test.
Teenagers who feel highly dissatisfied with __________ are often aggressive and
antisocial.
A) school
B) their friends
C) their achievements
D) parental relationships 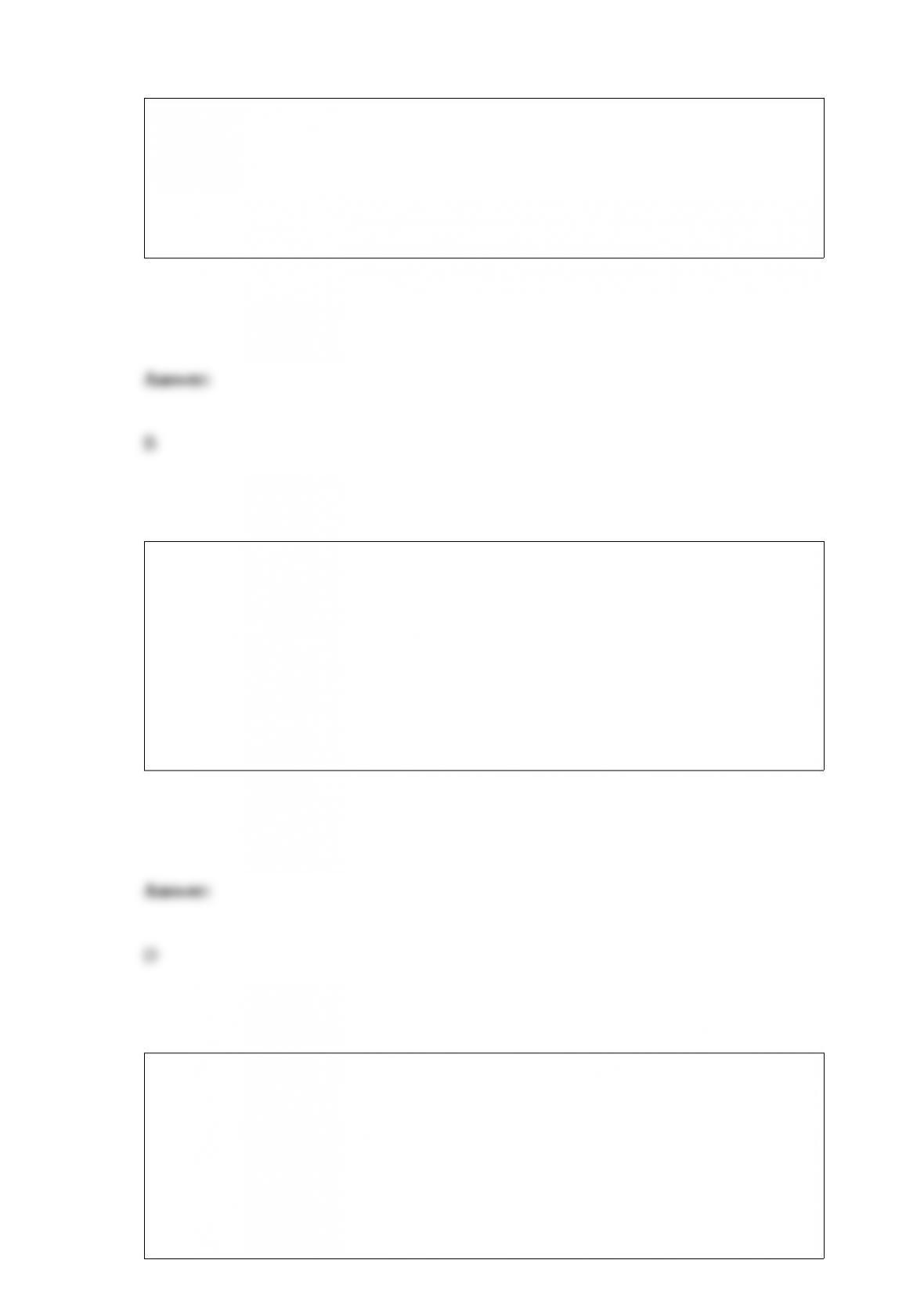 A concrete operational child can __________ mentally, an ability called __________.
A) conserve; seriation
B) seriate; transitive inference
C) classify; decentration
D) reverse; class inclusion
How do men and women compare in their physical health after age 85?
A) Women have fewer health problems overall.
B) Men have more non-life-threatening disabling conditions.
C) Women are better able to remain independent and engage in society.
D) Men are less likely to be impaired because only the sturdiest men have survived.
A diagnosis of Alzheimer's disease is made
A) by administering a blood test.
B) through exclusion, after ruling out other causes of dementia.
C) by a physical examination. 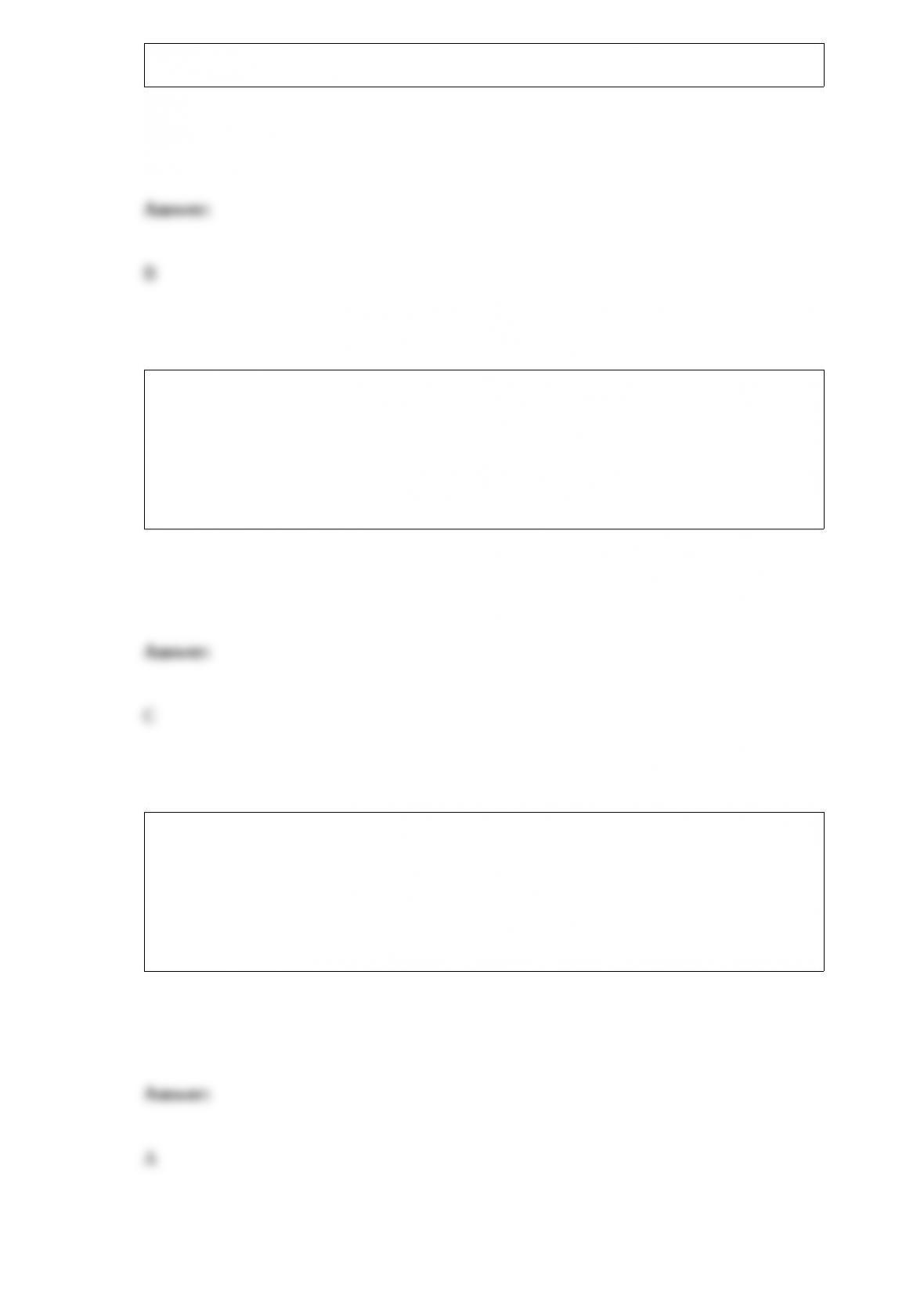 D) by taking an MRI image of the brain.
Postconventional morality is
A) typically reached around age 18.
B) based on social conformity.
C) exceedingly rare.
D) common among college-educated young adults.
Which of the following is an essential ingredient of a "good death"?
A) offering the dying person care, affection, companionship, and esteem
B) hiding the truth about the diagnosis from the dying person
C) avoiding discussions about the past
D) giving the dying person time alone 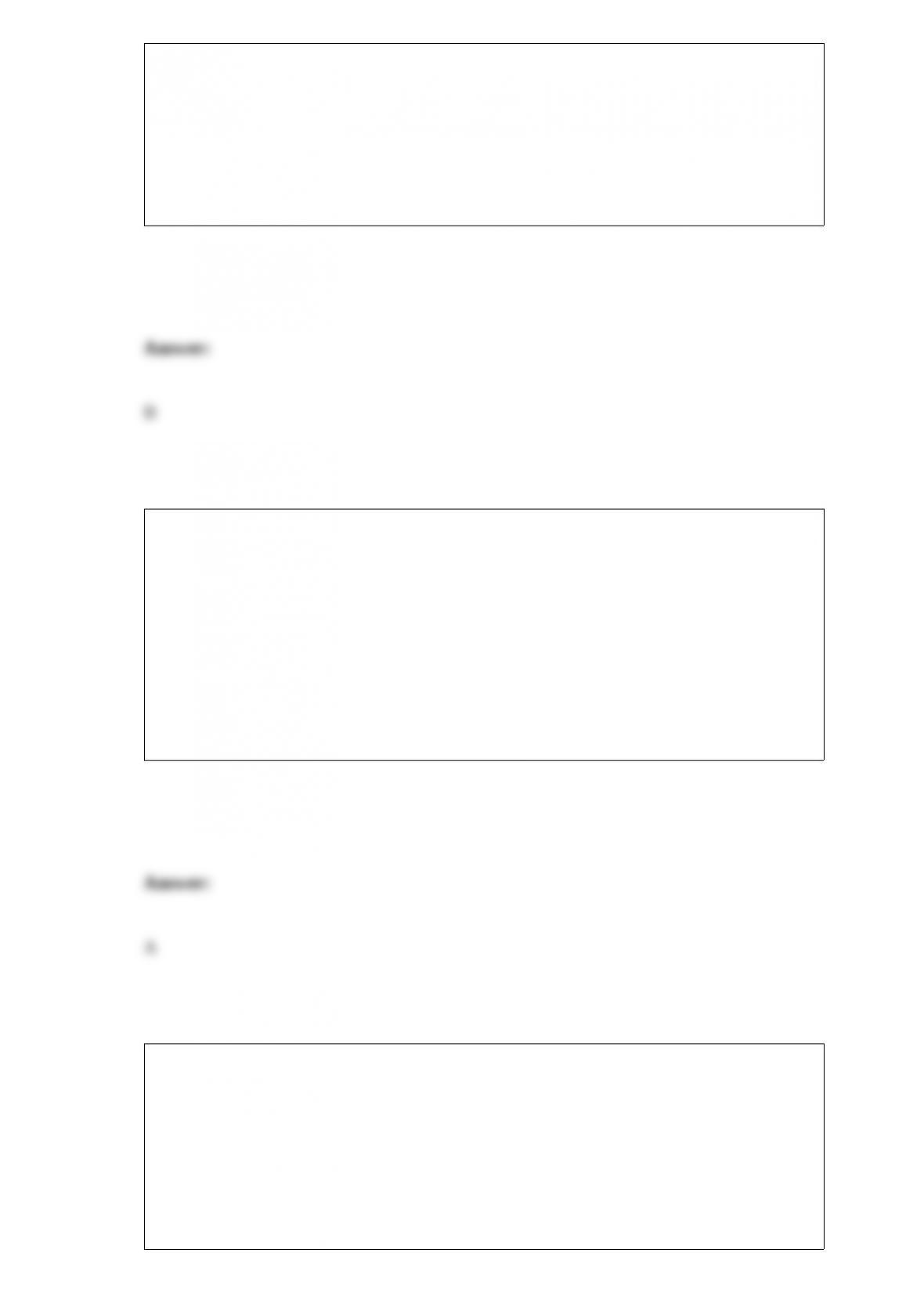 Troy is an American high school graduate who chose not to go on to college. He is
likely to
A) establish a career within two years after high school.
B) be working in a low-paid, unskilled job.
C) have received job placement services at the end of high school.
D) have been involved in an apprenticeship program.
Which of the following statements about dating is true?
A) Secure attachment to parents in infancy and childhood, together with recollections of
that security in adolescence, predicts quality of teenagers' romantic ties.
B) Early adolescent dating relationships are often deep and long-lasting and predict
academic and social success.
C) Most heterosexual youths face the same challenges as gay and lesbian youths in
initiating and maintaining visible romances.
D) Membership in mixed-sex cliques tends to interfere with the achievement of
relationship intimacy.
Which of the following statements about the "random events" theory of biological aging
is true?
A) Genetic engineering that manipulates telomere activity has extended the lifespan of
human cells.
B) Animal studies confirm an increase in DNA breaks and deletions and damage to
other cellular material with age.
C) Because longevity tends to be a family trait, environmental factors have minimal impact on the aging process.
D) Humans who maintain higher levels of physical activity over several decades reduce
their maximum lifespan.
Martha and Thomas can increase the effectiveness of their parental discipline by
A) telling their children that they are using punishment as a last resort.
B) permitting their children to act inappropriately on some occasions.
C) designating one parent as the disciplinarian.
D) offering reasons for mild punishment.
Hannah listens to and tells stories but rarely draws pictures. According to Case's
neo-Piagetian theory, Hannah probably displays
A) more advanced central conceptual structures in drawing.
B) less advanced central conceptual structures in storytelling.
C) more advanced central conceptual structures in storytelling.
D) egocentric thinking in both drawing and storytelling. 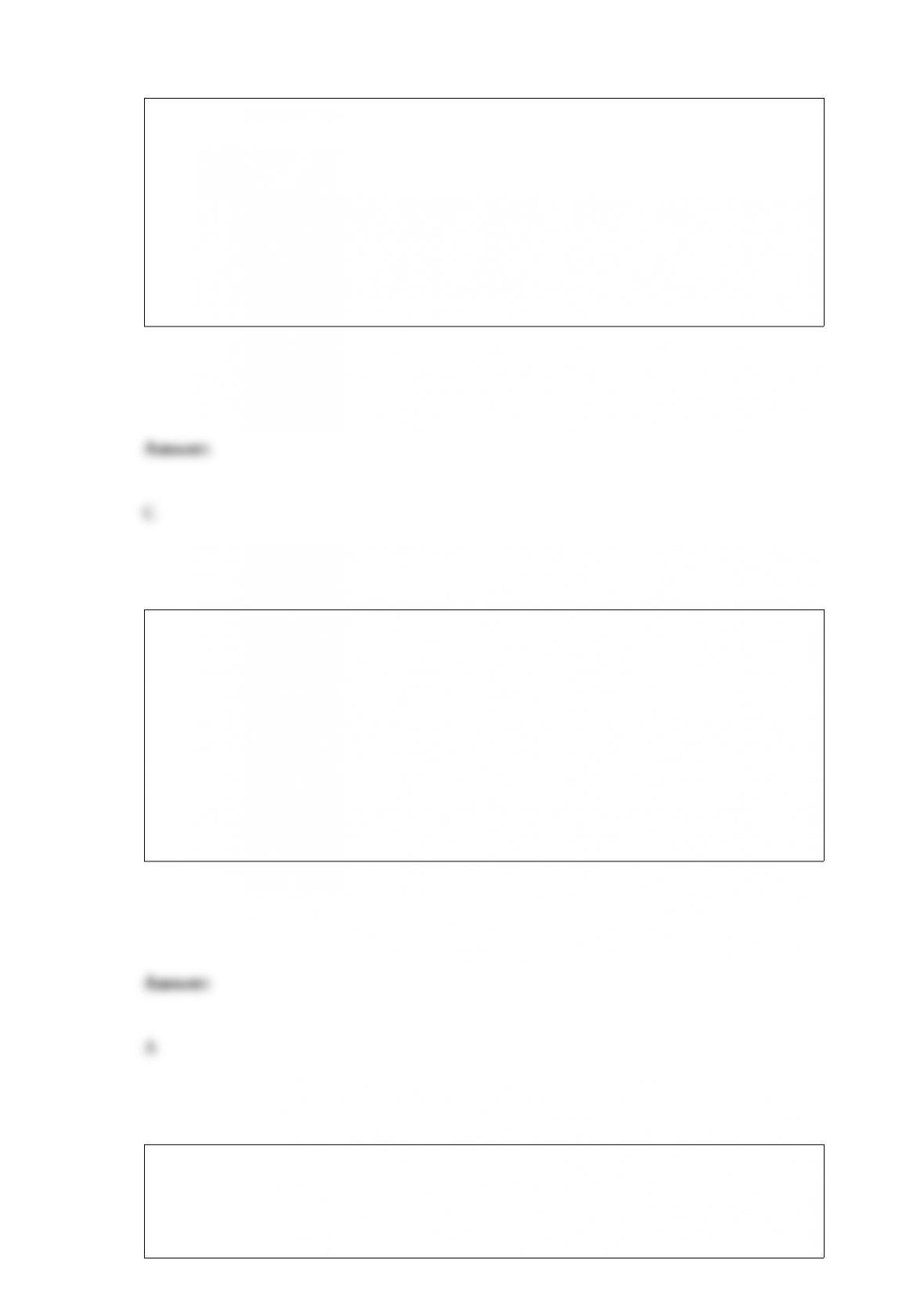 Type 2 diabetes affects _____ percent of Americans age 65 and older.
A) 5
B) 10
C) 20
D) 35
Walter, age 83, is asked to read several passages that portray aging adults as passive and
incompetent. Walter is most likely to respond with
A) more frequent help-seeking behavior.
B) more frequent independent behavior.
C) less desire for social contact.
D) less trouble performing daily activities.
Which of the following statements is supported by research on attachment and later
development?
A) Infants who display disorganized/disoriented attachment usually develop more 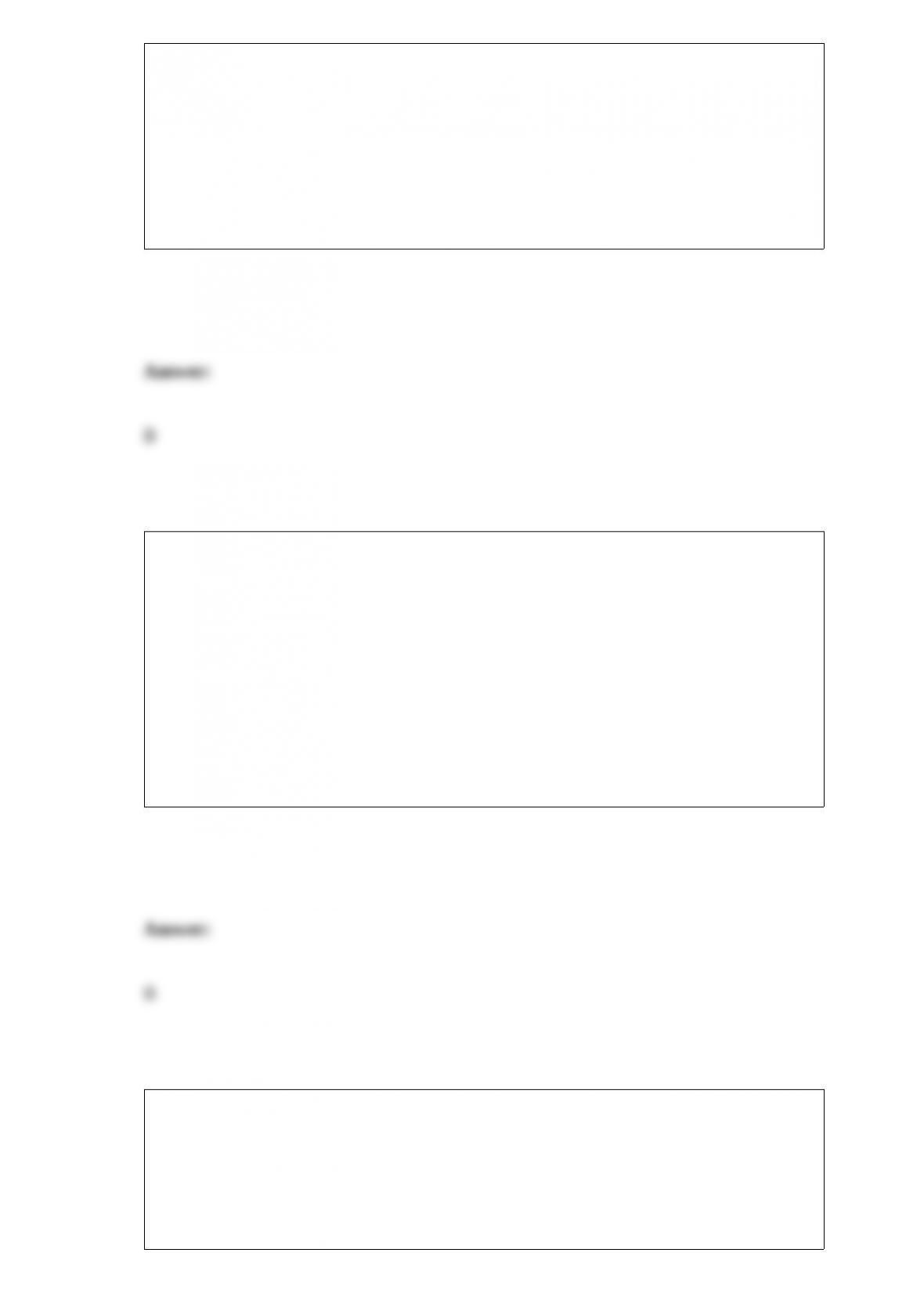 favorably than resistant infants.
B) The effects of early attachment security are conditional.
C) Insecure infants rarely become secure, regardless of child rearing.
D) Nearly all securely attached babies develop favorably, regardless of later
child-rearing experiences.
High-achieving students typically have parents who
A) are very involved in elementary school but are less involved in middle and high
school.
B) keep tabs on their child's progress.
C) are somewhat involved in elementary school but are very involved in middle and
high school.
D) rely on them to communicate with teachers.
Being deeply religious
A) seems to fortify the mind"body connection near life's end, with the frailest
displaying the greatest resilience.
B) has a negative effect on quality of life in the final yeara time of increasing disability 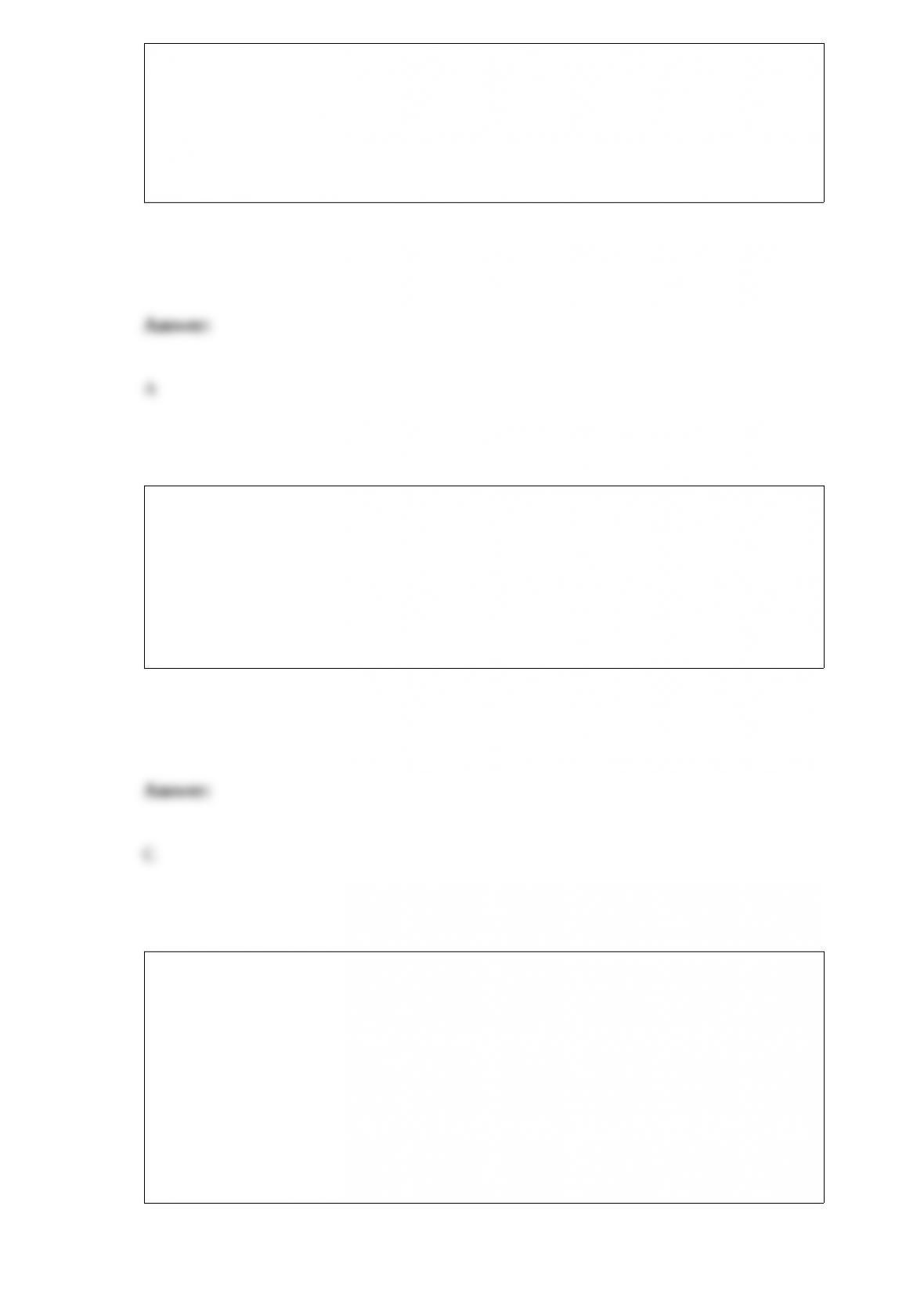 for most older adults.
C) seems to have little effectpositive or negativeon mental and physical health during
the last year of life.
D) appears to increase death anxiety for older adults in their final year of life.
Mr. Lombardo fell and fractured his hip, and he has since been diagnosed with
osteoporosis. Mr. Lombardo's doctor probably recommends
A) weight-resistant exercise.
B) endurance training.
C) weight-bearing exercise.
D) extra sodium and Vitamin D in his diet.
Mrs. Hayley has come to terms with life despite its imperfections. She has become
increasingly generous and good-natured. Mrs. Hayley shows gains in
A) emotion-centered coping.
B) agreeableness.
C) openness to experience.
D) extroversion.