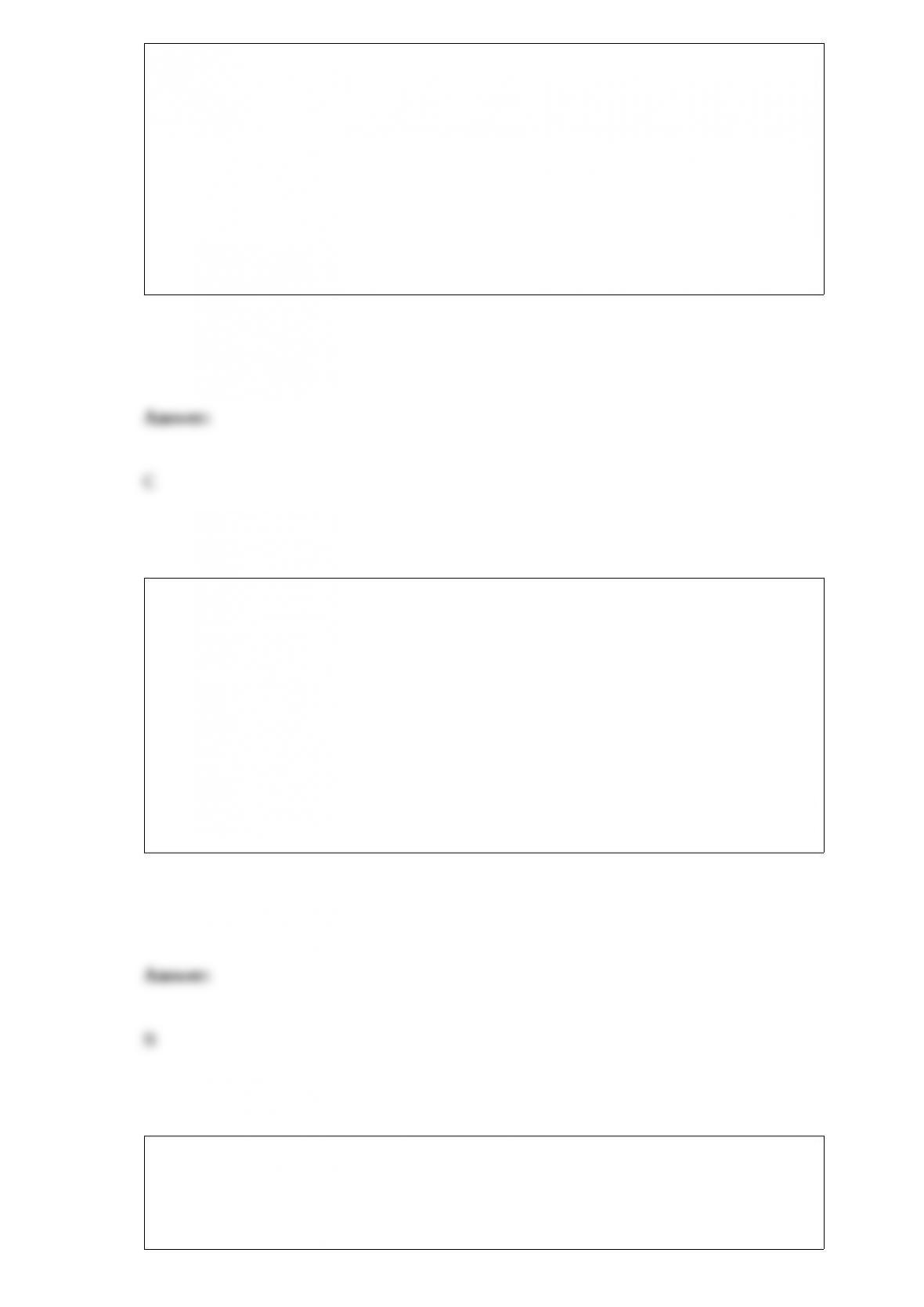 Which of the following statements about the Attachment Q-Sort is true?
A) It is not suitable for preschoolers, as it requires self-report.
B) It is less time-consuming than the Strange Situation.
C) It does not differentiate between types of insecurity.
D) Parents' Q-Sorts correspond well with babies' secure-base behavior in the Strange
Situation.
Angela, a cooperative and attentive child, receives more patient and sensitive
interactions from her parents than Carlos, who is inattentive and hyper. This is an
example of a(n) __________ gene"environment correlation.
A) active
B) evocative
C) dynamic
D) passive
A major strength of the information-processing approach to development is its
commitment to
A) the study of imagination. 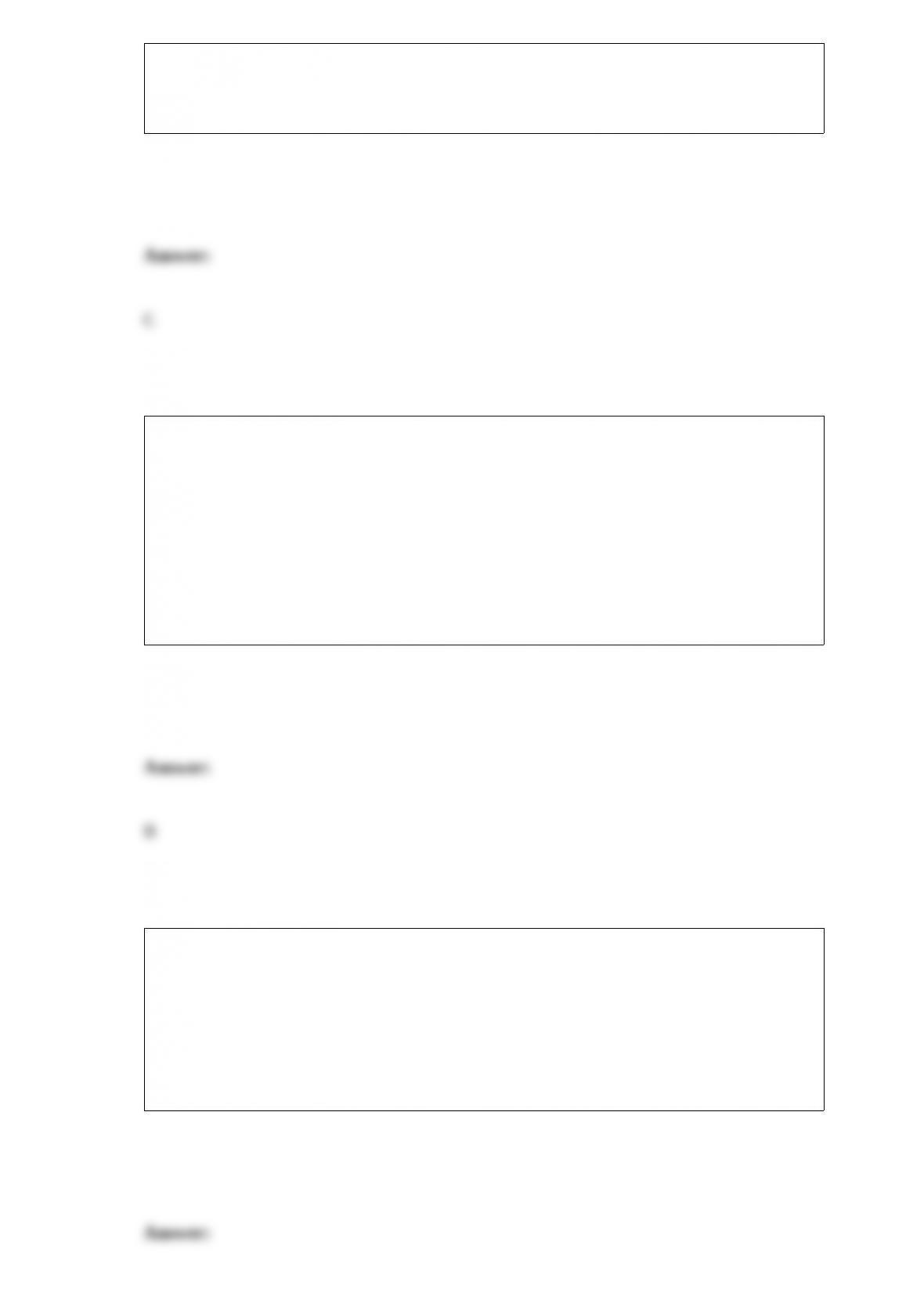 Among African Americans, living within an extended family tends to produce
A) higher levels of divorce and teenage pregnancy.
B) improved child rearing and reduced stress.
C) children with insecure attachments to multiple adults.
D) more people on welfare and fewer family members with jobs.
Research on emotional self-regulation demonstrates that
A) the frequency of emotional outbursts increases during the preschool years.
B) preschoolers know they can blunt emotions by restricting sensory input.
C) fears are uncommon during the preschool years because young children have good
self-regulatory skills.
D) preschoolers cannot verbalize strategies for adjusting their emotional arousal to a
more comfortable level.
Thirteen-year-old Sarah describes herself as "shy" and "outgoing." She also says she is 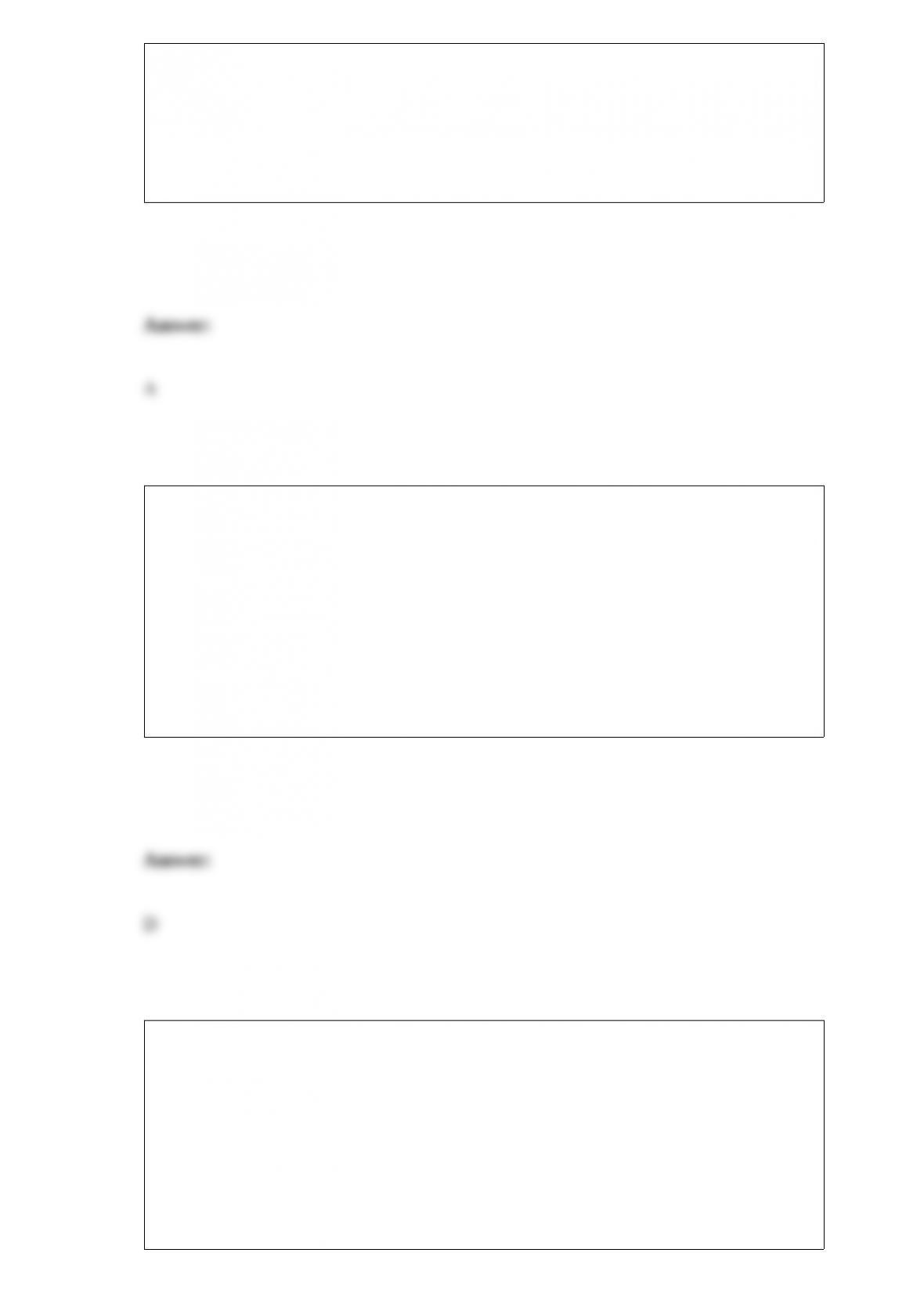 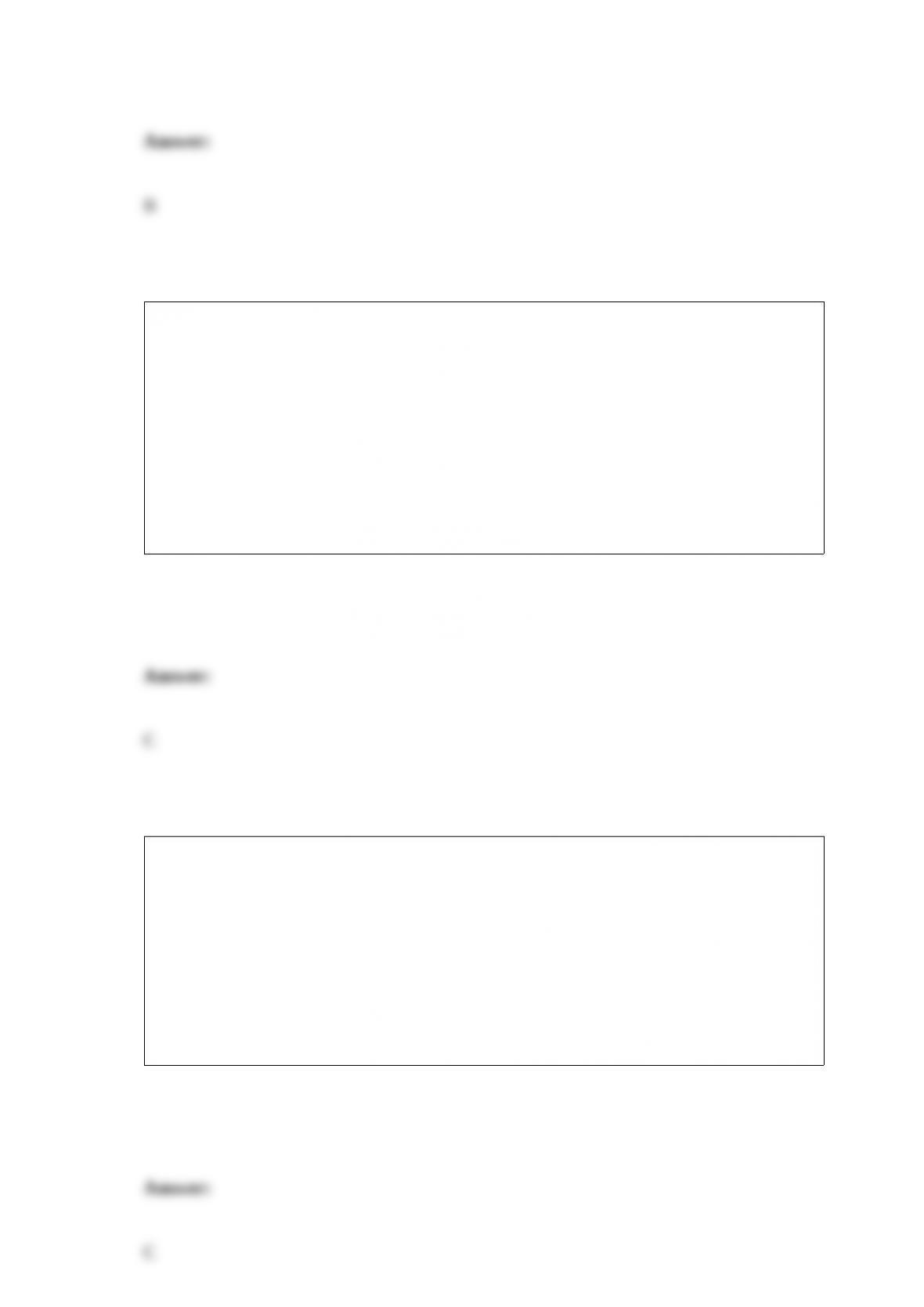 Willa gets regular headaches. While pregnant, Willa begins using aspirin to ease the
pain because she is convinced that aspirin is harmless. Which of the following effects
can Willa's regular aspirin use have on the developing organism?
A) None. Aspirin use is completely safe during pregnancy.
B) Aspirin can cause gross deformities of the arms and legs during the embryonic
period.
C) Regular aspirin use is linked to low birth weight and poorer motor development.
D) Even moderate aspirin use is linked to elevated incidence of birth complications,
including respiratory distress.
Compared with younger adults, older adults who divorce
A) find it easier to separate their identity from that of their former spouse.
B) suffer less from a sense of personal failure.
C) seldom express regret over leaving an unhappy marriage.
D) are less likely to spend their remaining years living alone. 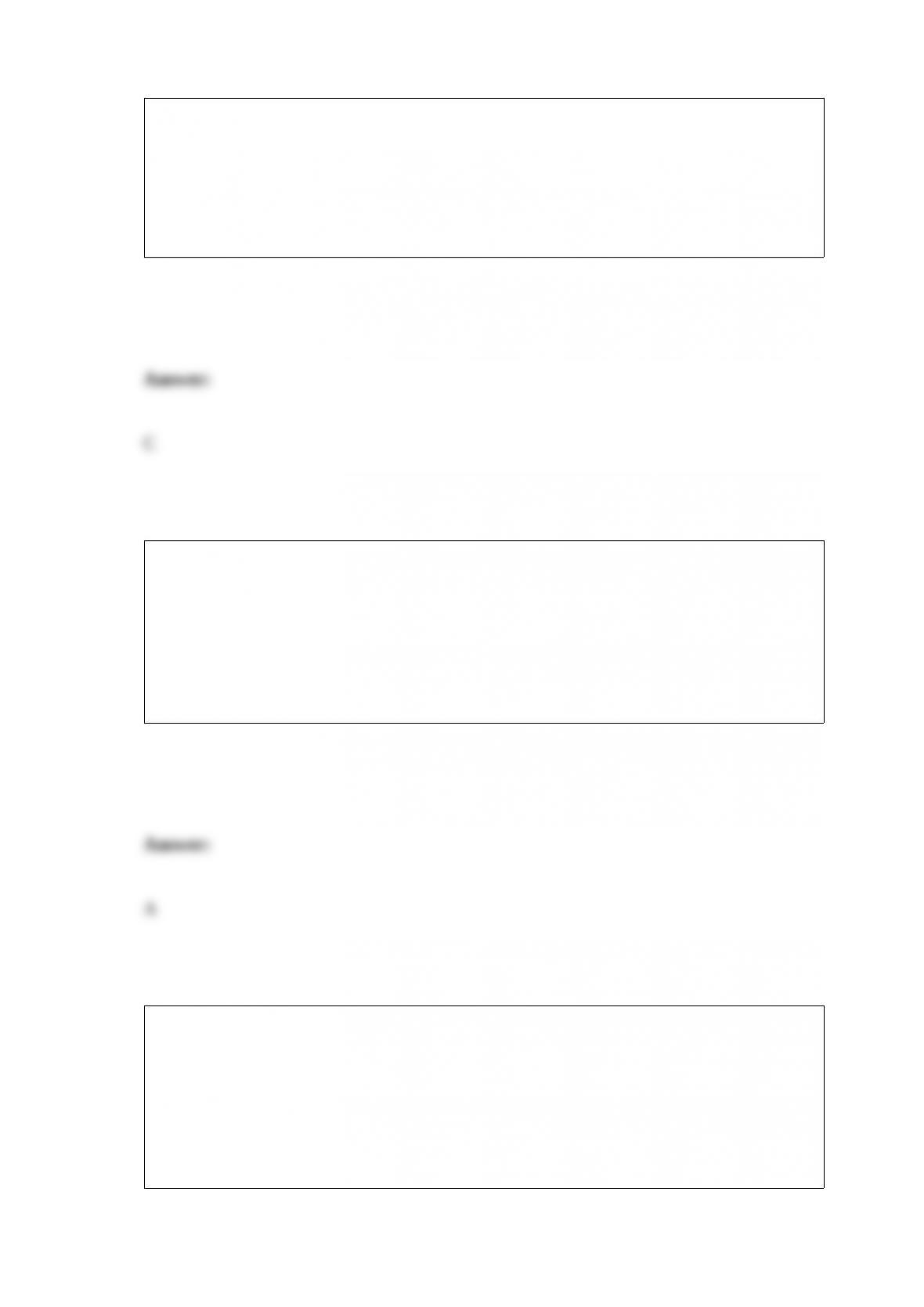 Many theorists believe that behaviorism and social learning theory
A) overemphasize the plasticity of cognitive development.
B) overestimate people's contributions to their own development.
C) offer too narrow a view of important environmental influences.
D) overemphasize each individual's unique life history.
In the United States, adolescents from immigrant families
A) view school success as both their own and their parents' success.
B) are more likely than those from native-born families to miss school because of
illness.
C) report lower self-esteem than those from native-born families.
D) are more likely to be obese than their agemates with native-born parents.
Six-year-old Charlie realizes that his sister remains a girl even when she operates a
bulldozer. Charlie has acquired the concept of gender
A) awareness.
B) constancy.
C) preference.
D) orientation. Changes in __________ and __________ set the stage for developing a unified
personal identity.
A) the id; the superego
B) self-concept; self-esteem
C) moods; abilities
D) cognitive styles; attachment security
Development is best understood as
A) genetically determined.
B) environmentally influenced.
C) a series of complex exchanges between nature and nurture.
D) an unsolvable puzzle. 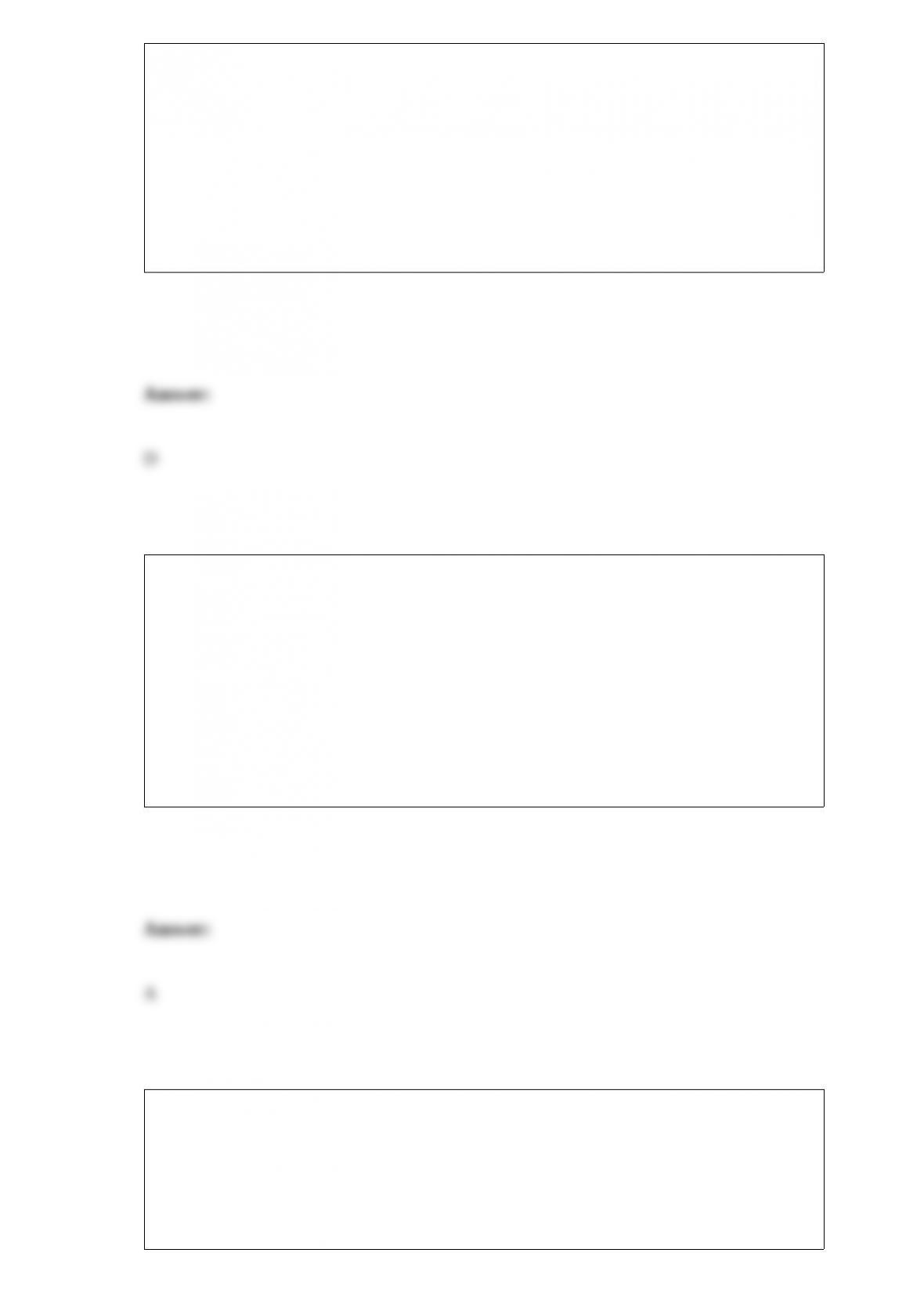 Which of the following statements about familial Alzheimer's disease is true?
A) It has no obvious family history.
B) It progresses more slowly than the sporadic type.
C) About half of people affected have an abnormal gene on chromosome 19.
D) It generally has an early onset, between ages 30 and 60.
__________ is/are (a) much better indicator(s) than an early mental test score of how
children will do later.
A) Warm, responsive parenting that builds on toddlers' current capacities
B) Organization of the play environment and SES
C) Provision of appropriate play materials and heredity
D) A high DQ score and high Apgar scores
Which of the following middle-aged individuals is the most likely to be concerned
about the physical changes of aging?
A) Caleb, a college-educated man
B) Julie, a non-college-educated woman
C) Meg, a college-educated woman 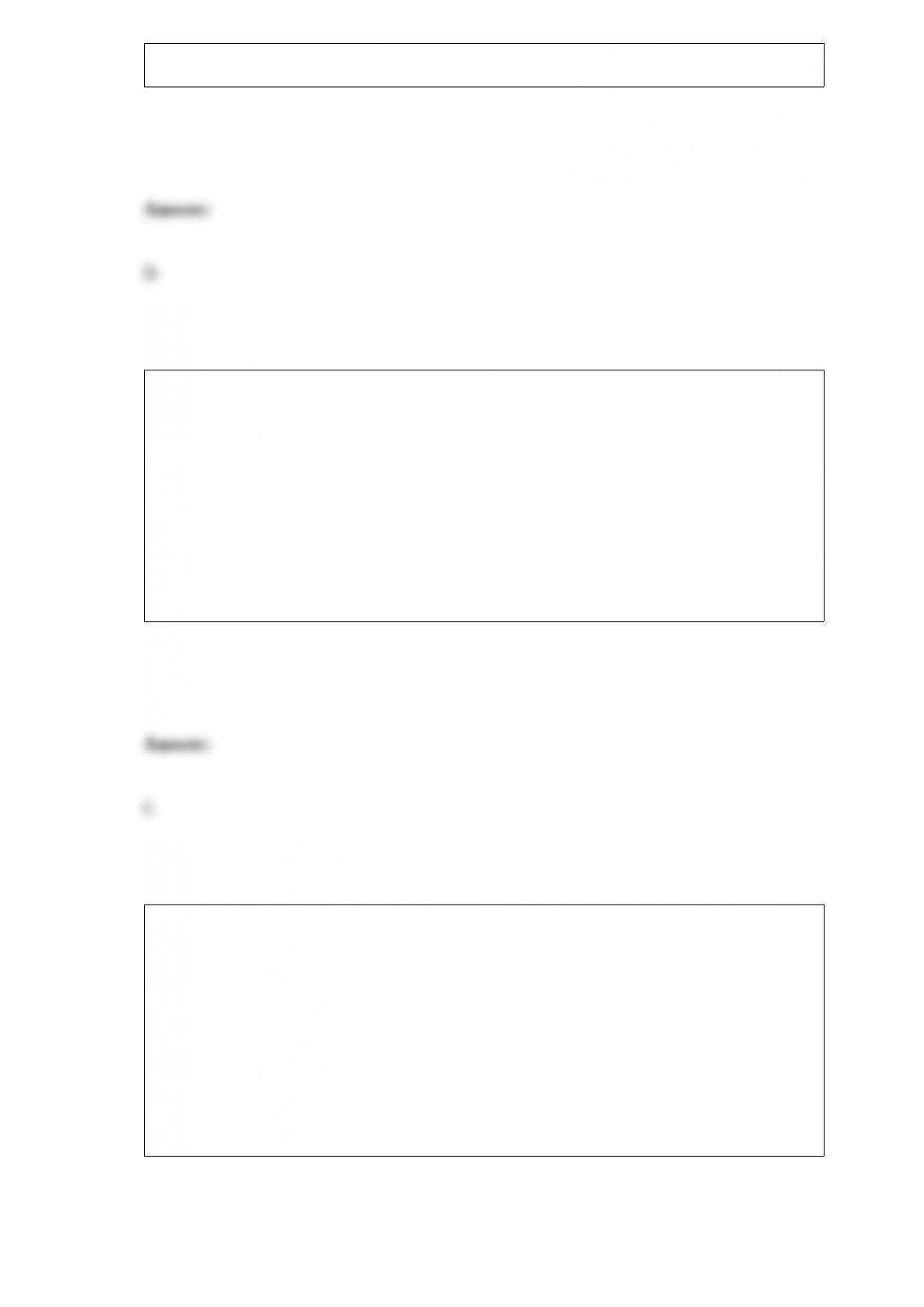 D) Jack, a non-college-educated man
Which of the following is supported by research on dominant and recessive diseases?
A) Children who inherit the dominant allele rarely develop the disorder.
B) Males are more likely than females to inherit recessive disorders carried on the
autosomes.
C) Only rarely are serious diseases due to dominant alleles.
D) The recessive allele has no effect on the individual's characteristics.
__________ growth is a return to a genetically influenced growth path once negative
conditions improve.
A) Cephalocaudal
B) Proximodistal
C) Catch-up
D) Thyroid-stimulating 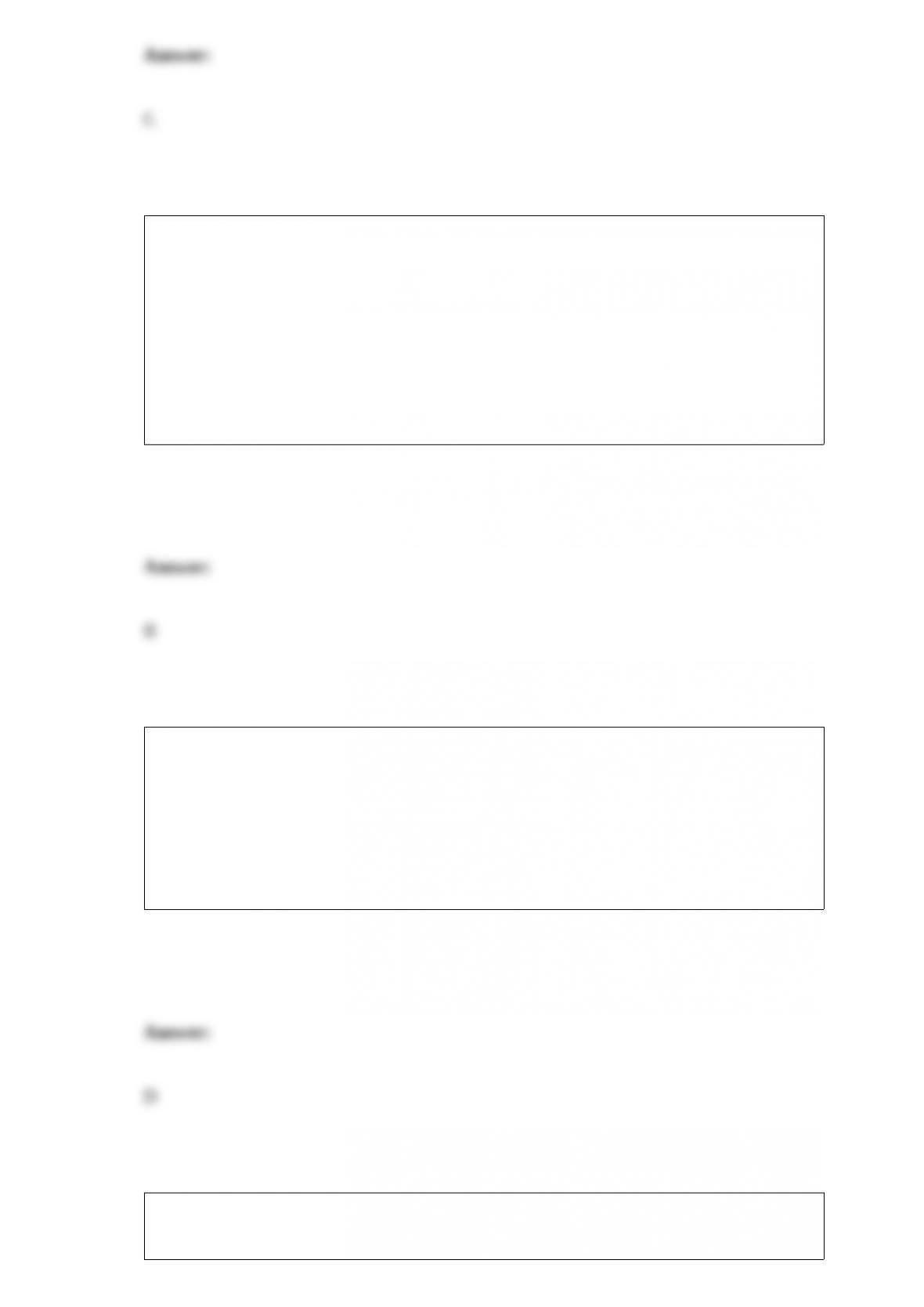 The imaginary audience is most likely responsible for adolescents'
A) increased argumentativeness with their parents.
B) extreme self-consciousness and sensitivity to public criticism.
C) greater willingness to engage in risky behavior.
D) ability to solve problems with many variables.
Mrs. Woodson believes that she will continue to live on through her children or through
her work or personal influence. Mrs. Woodson has developed
A) ego integrity.
B) death anxiety.
C) a personal fable.
D) symbolic immortality.
Mateo was born prematurely to Yvonne, a cocaine addict. Mateo's caregivers can expect that
A) he will have characteristics of Down syndrome.
B) his cries might be abnormally shrill and piercing.
C) he will overcome the harmful effects of drug exposure by age 3.
D) his motor development will be especially rapid during the first year.
Sarah is socially anxious and has an avoidant attachment history. Which of the
following statements is probably true?
A) She is sometimes lonely, but the feeling is not intense.
B) She has periods of intense loneliness.
C) She is rarely lonely.
D) She develops intimacy quickly.
__________ secrete antibodies into the bloodstream that multiply, capture foreign
substances, and permit the blood system to destroy them.
A) T cells
B) B cells
C) Telomeres
D) Antigens 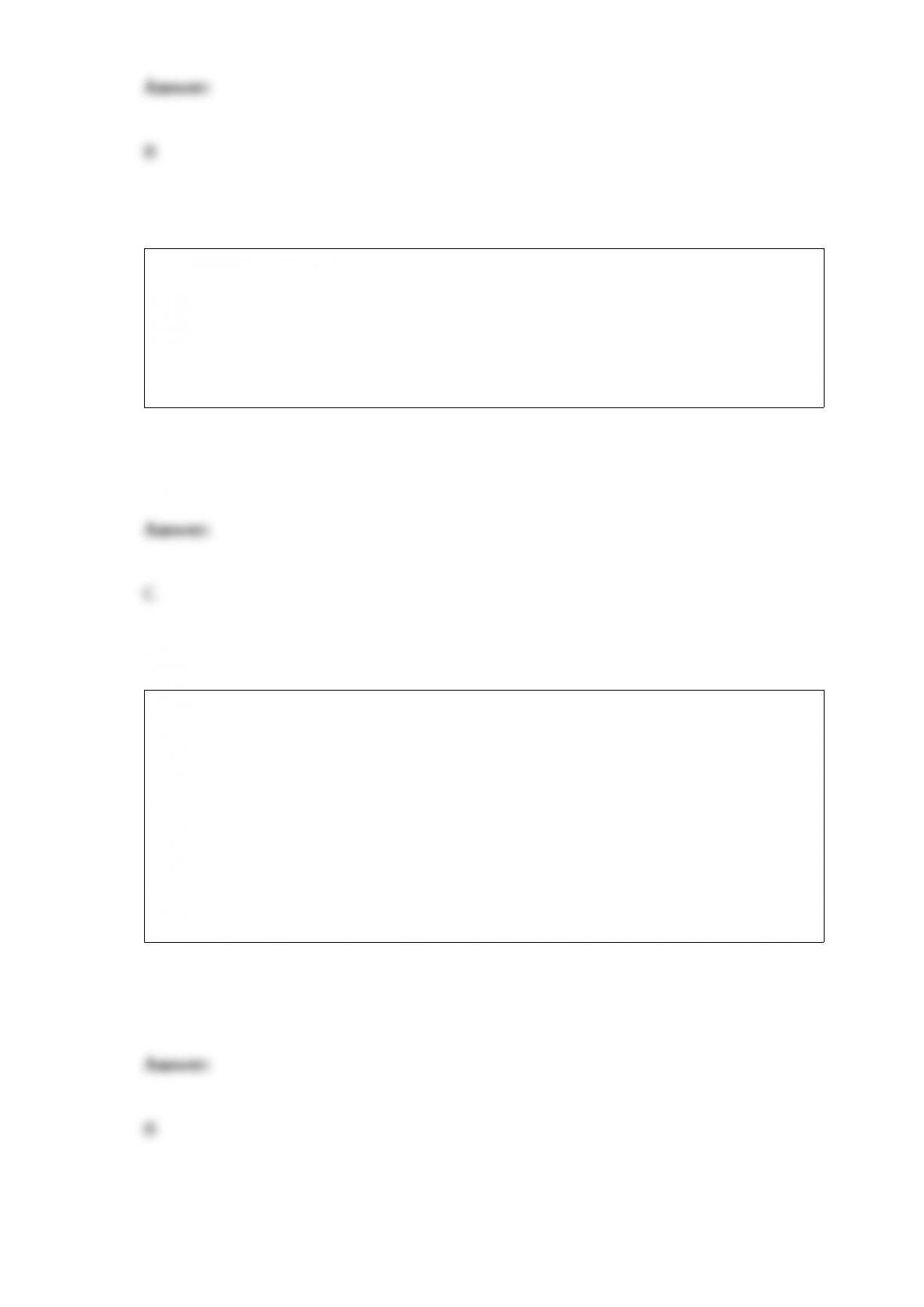 Michele openly lives her life as a lesbian. Statistics indicate that Michele
A) probably lives in a small town.
B) is most likely a high school dropout.
C) probably has a college degree.
D) is most likely over 50 years old.
Animal studies on early sensory deprivation
A) confirm that even extreme deprivation is reversible as long as it occurs in the first
year of life.
B) verify the existence of sensitive periods in brain development.
C) refute the existence of sensitive periods in brain development.
D) cannot be generalized to human brain development. 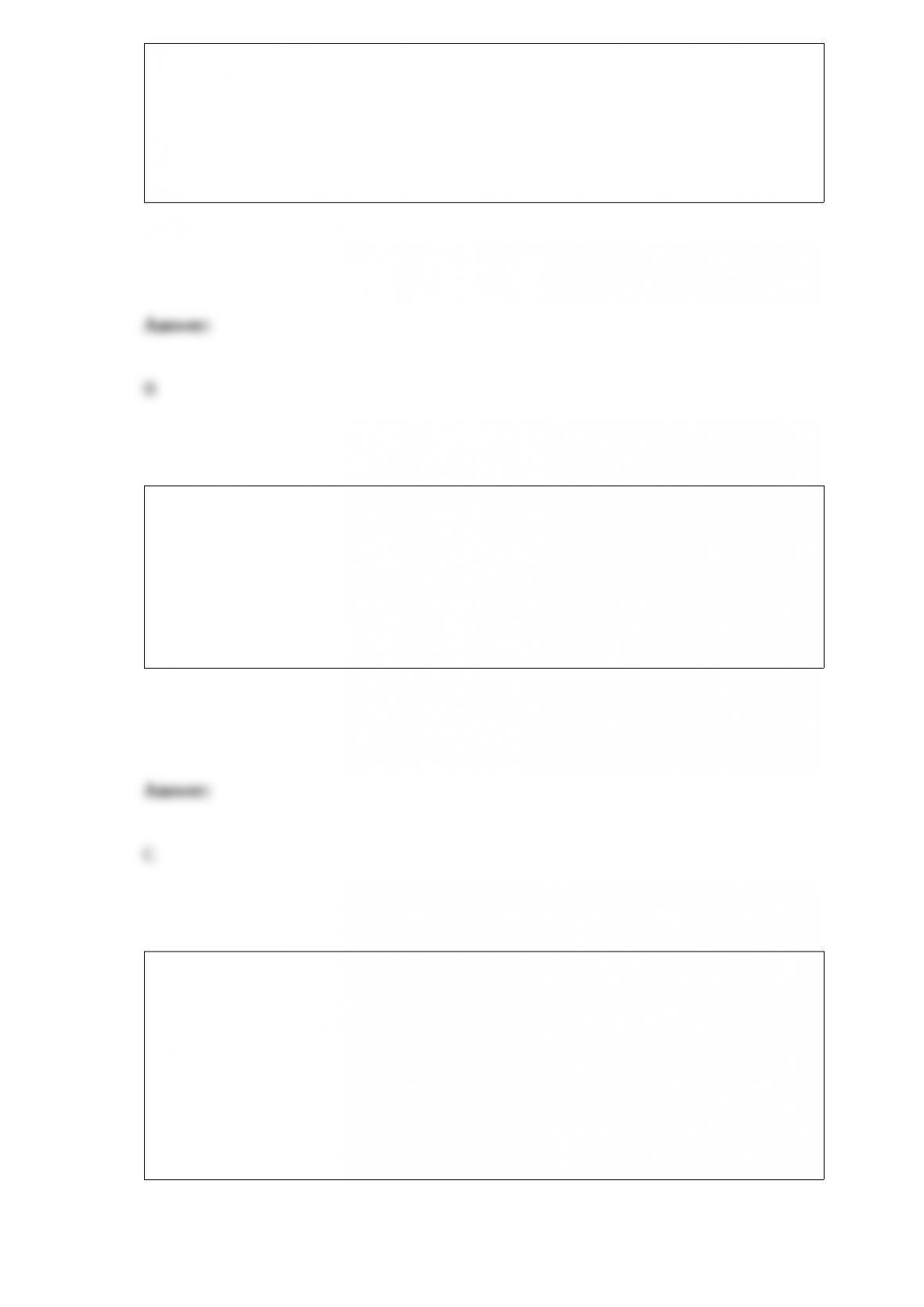 A baby born between the seventh and eighth months of pregnancy
A) is just as healthy as a full-term baby.
B) usually needs oxygen assistance to breathe.
C) only has about a 10 percent survival rate.
D) is considered small-for-date.
Which of the following statements about attention-deficit hyperactivity disorder
(ADHD) is true?
A) All children with ADHD are hyperactive.
B) Fraternal twins are more likely than identical twins to have ADHD.
C) Boys are diagnosed with ADHD about four times as often as girls.
D) For a child to be diagnosed with ADHD, symptoms must appear before age 5.
Research suggests that infants
A) can discriminate quantities up to five.
B) have basic numeric knowledge.
C) can multiply and divide single-digit problems.
D) experience cognitive change abruptly. 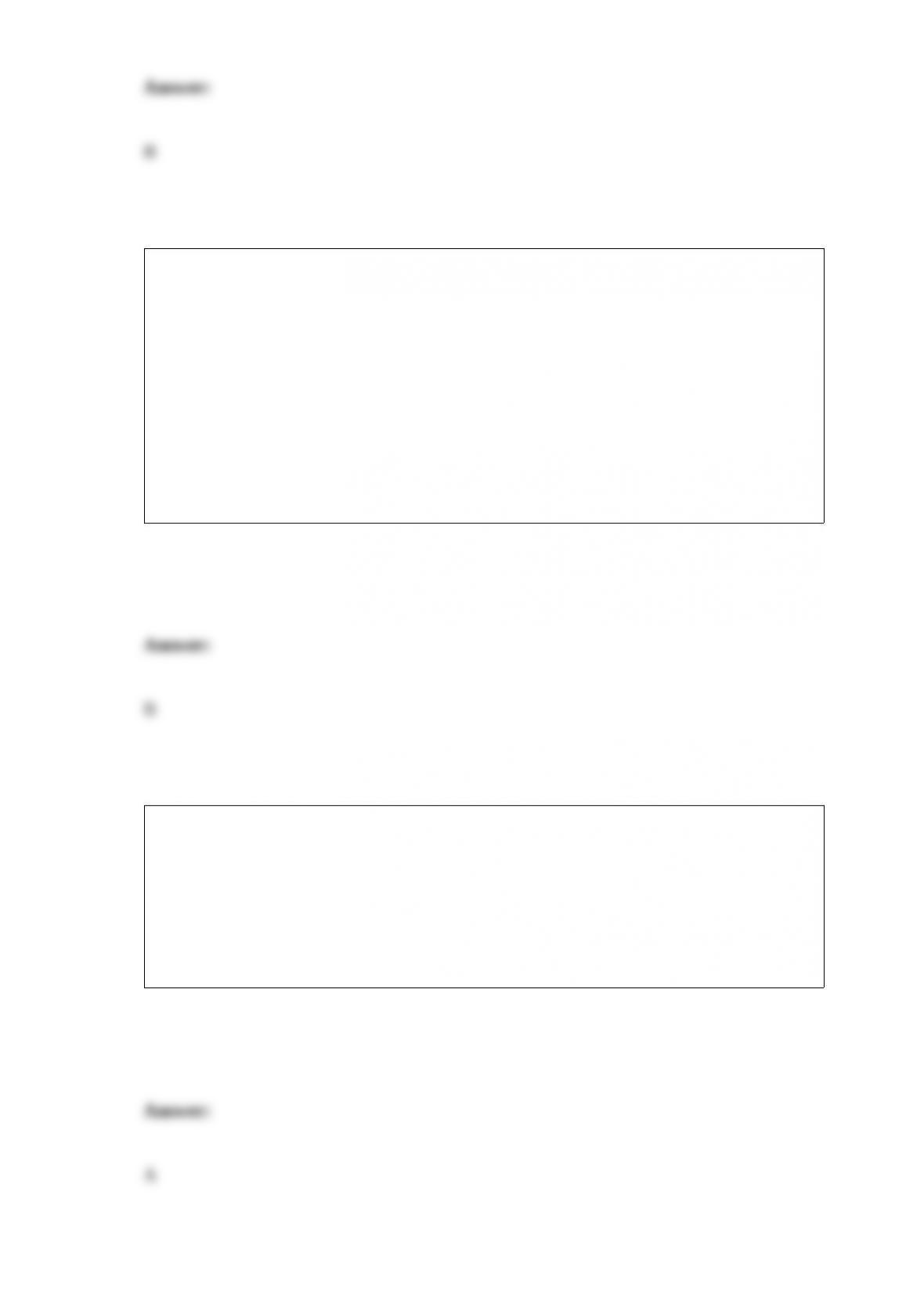 Regardless of the extent of their friction, divorcing parents who manage to engage in
__________ greatly improve their children's chances of growing up competent, stable,
and happy.
A) mediation
B) coparenting
C) joint physical custody
D) authoritarian parenting
Longitudinal research indicates that authoritative child rearing
A) promotes maturity and adjustment in children of diverse temperaments.
B) does not work with temperamentally fearless or impulsive children.
C) fosters favorable self-esteem, but impedes cognitive and social maturity.
D) promotes impulsive, disobedient, and rebellious behavior in children of diverse
temperaments. 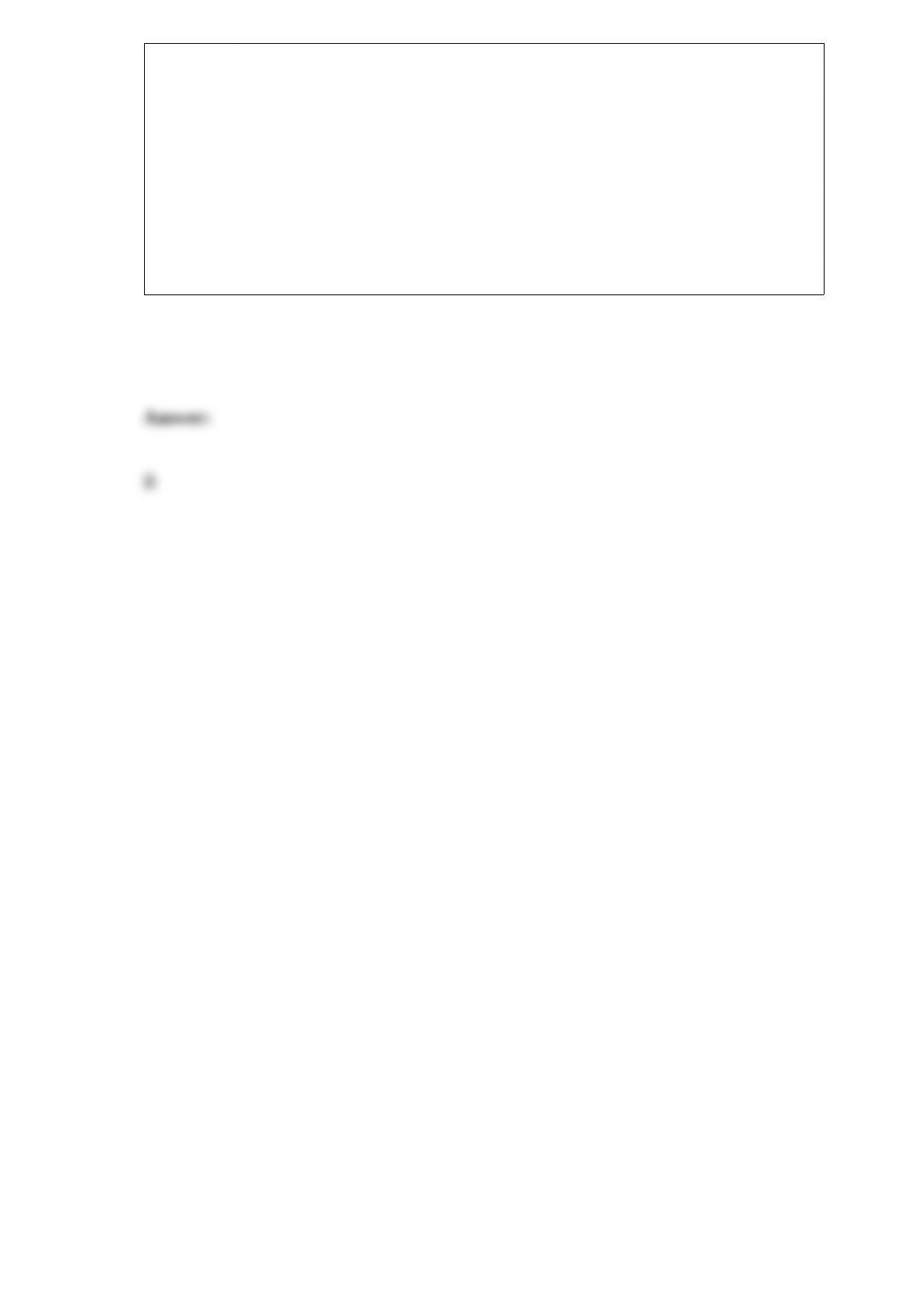 According to Sternberg's triangular theory of love,
A) intimacy involves a desire for sexual activity and romance.
B) intimacy, passion, and commitment shift in emphasis as romantic relationships
develop.
C) initial intimacy declines in favor of passion and commitment.
D) passion develops after commitment is established.