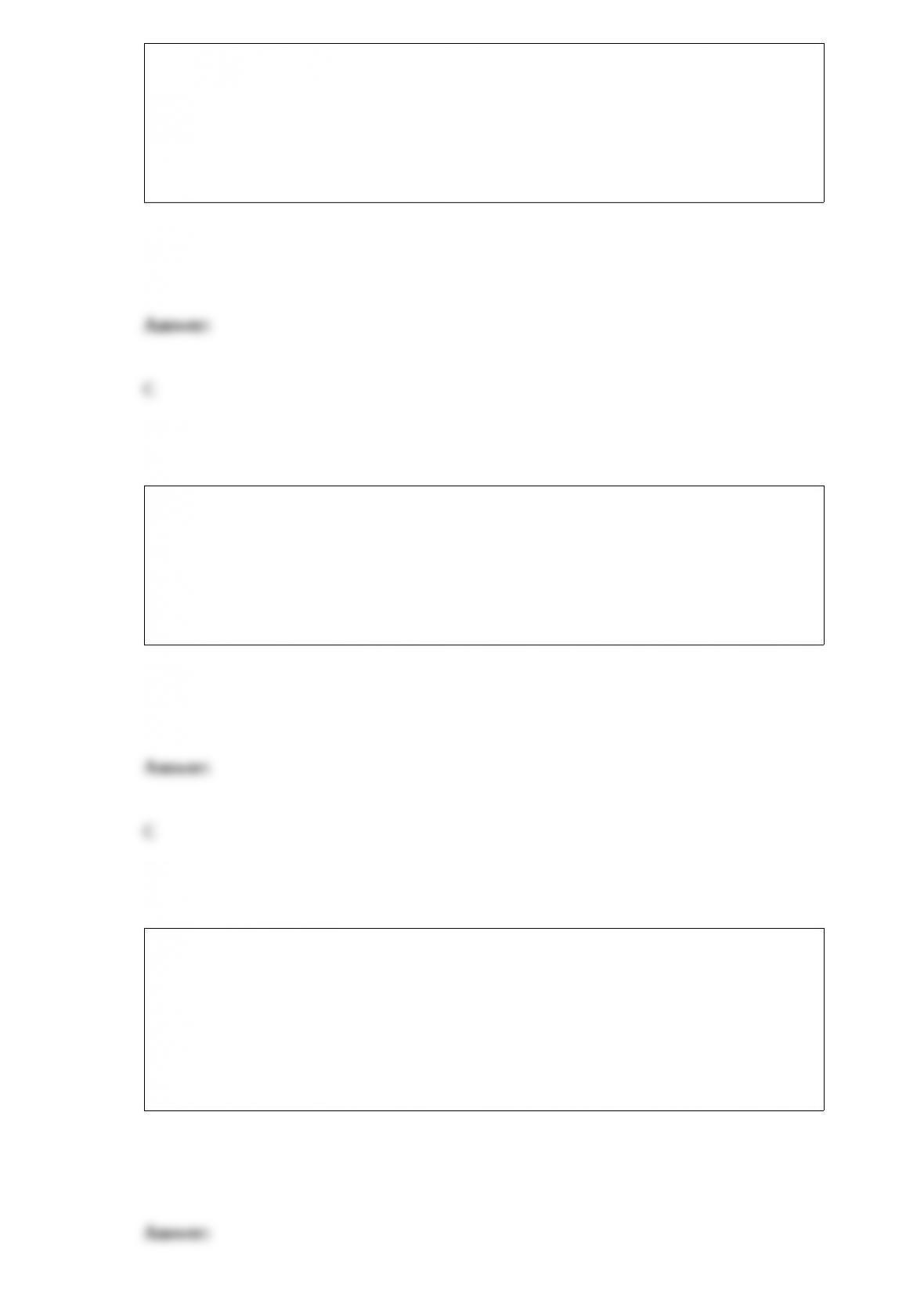 Longitudinal research shows that from age 20 on, __________ decreases steadily.
A) verbal ability
B) inductive reasoning
C) perceptual speed
D) numeric ability
Studies report __________ in midlife.
A) an increase of masculine traits in men
B) a decrease of masculine traits in women
C) that both men and women become more androgynous
D) an increase of feminine traits in women
Twelve-year-old children of mothers who were home visited as part of the
Nurse"Family Partnership __________ than comparison-group agemates.
A) scored lower in impulsivity and overactivity
B) had lower academic achievement scores
C) showed more aggressive behavior
D) reported less alcohol and drug use 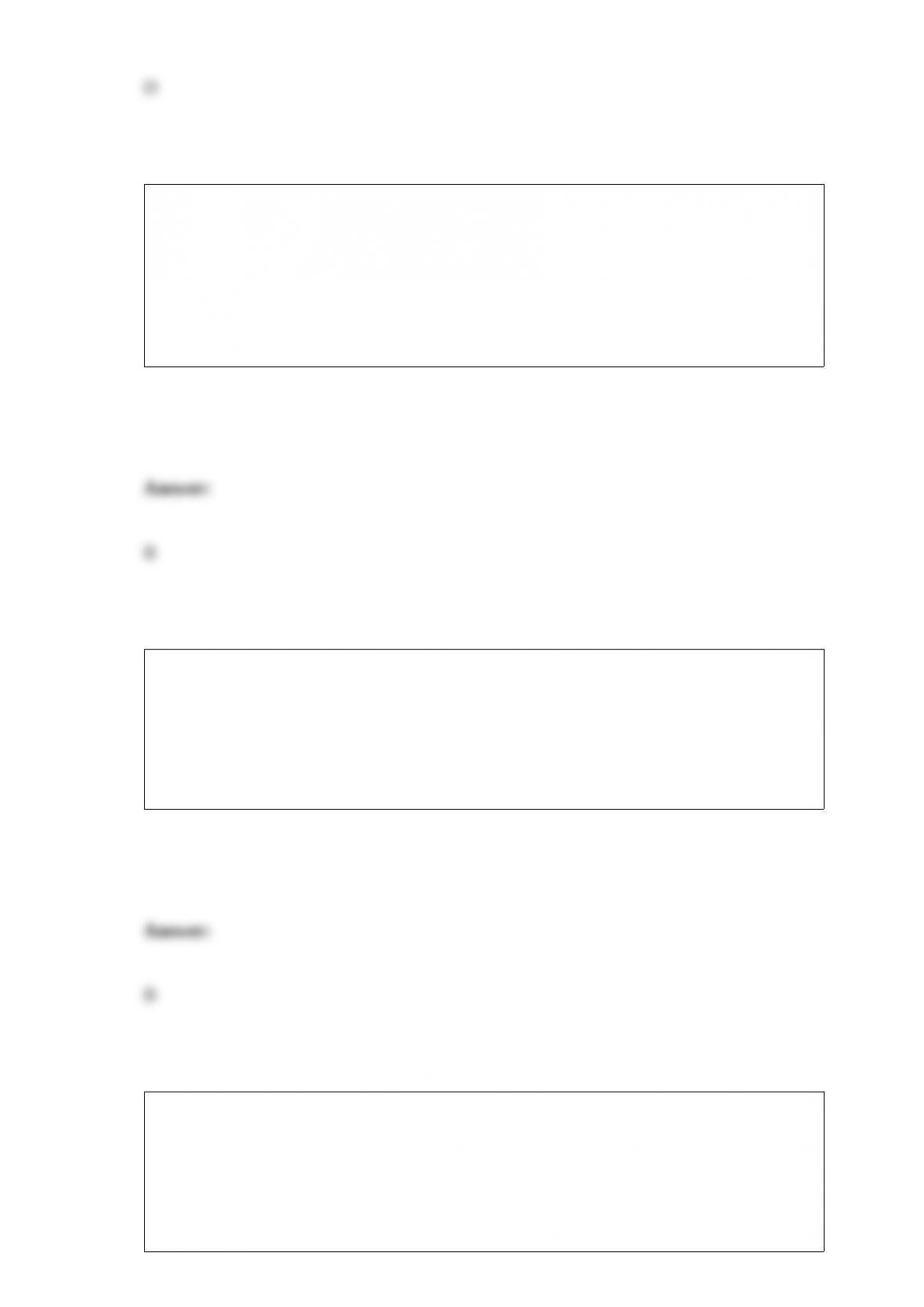 __________ is the strongest predictor of frequent, face-to-face interaction with young
grandchildren.
A) The quality of the parent"grandparent relationship
B) Living nearby
C) The age of the grandparents
D) Being a paternal, rather than a maternal, grandparent
The majority of adults who report experiencing a midlife crisis
A) attribute it to age rather than challenging life events.
B) define such events much more loosely than researchers do.
C) report suffering from serious depression and anxiety attacks.
D) claim that it occurred between the ages of 40 and 50.
ERP brain-wave recordings reveal that around 5 months, babies
A) can "screen out" sounds not used in their native tongue.
B) recognize the same melody when it is played in different keys. 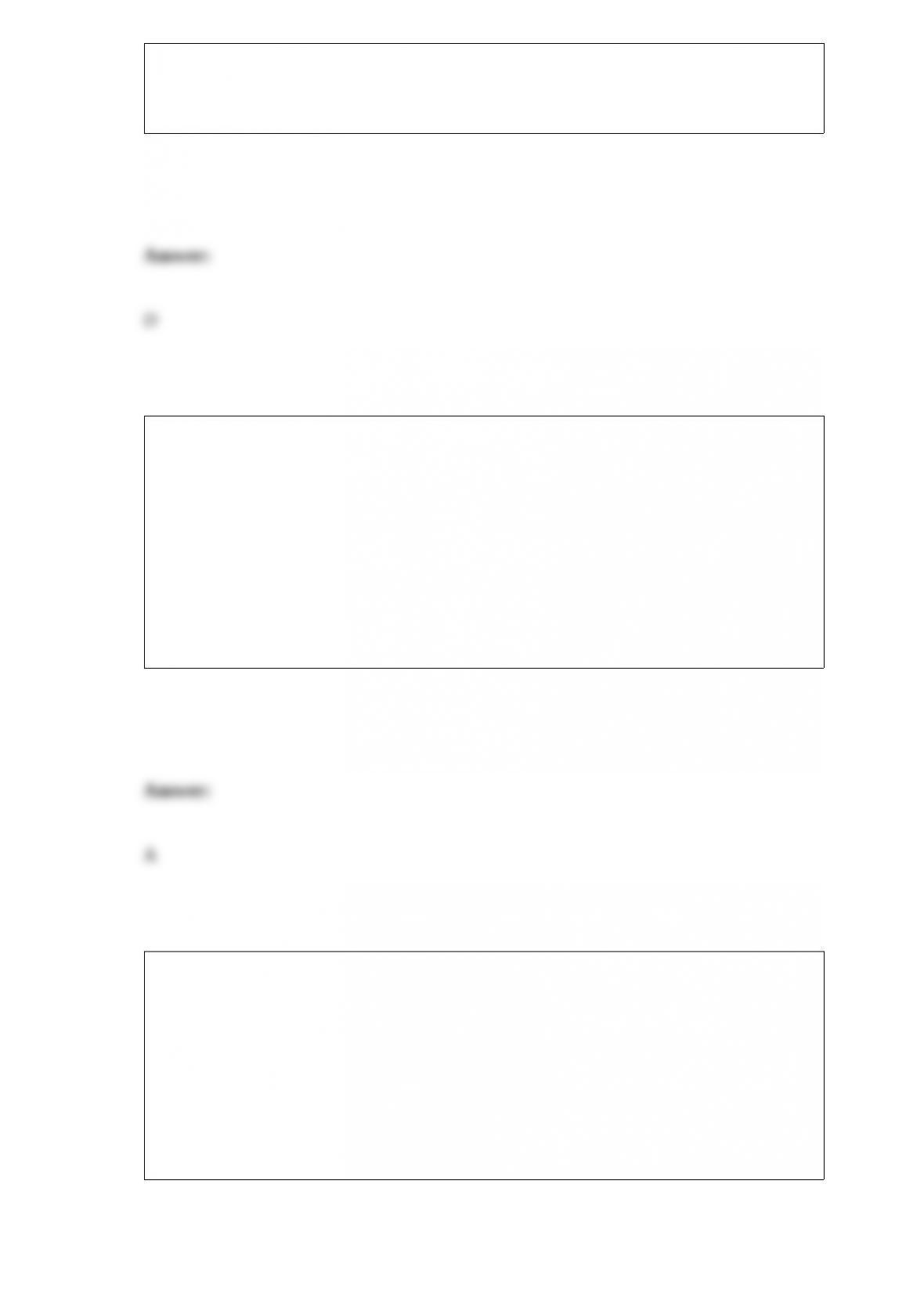 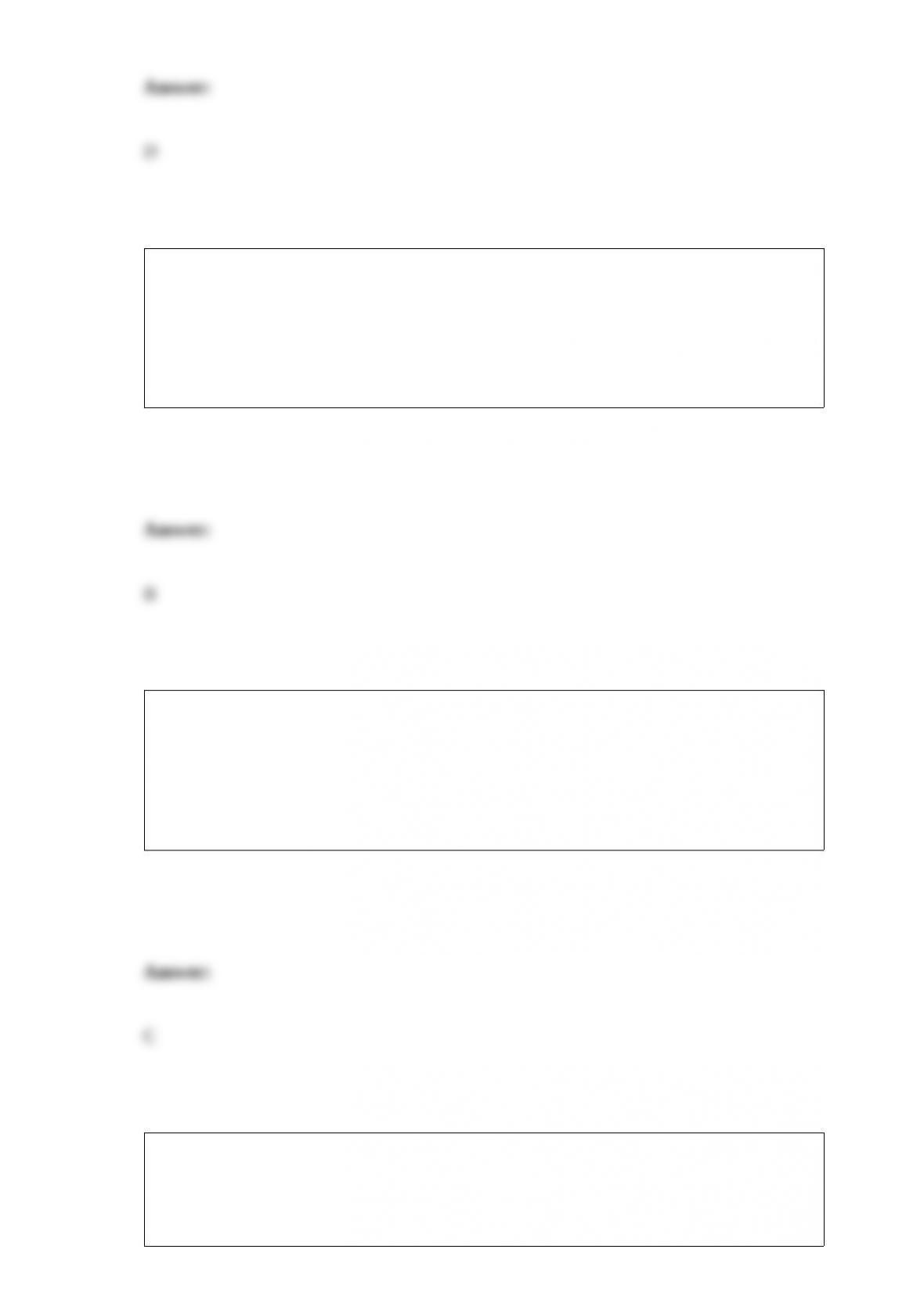 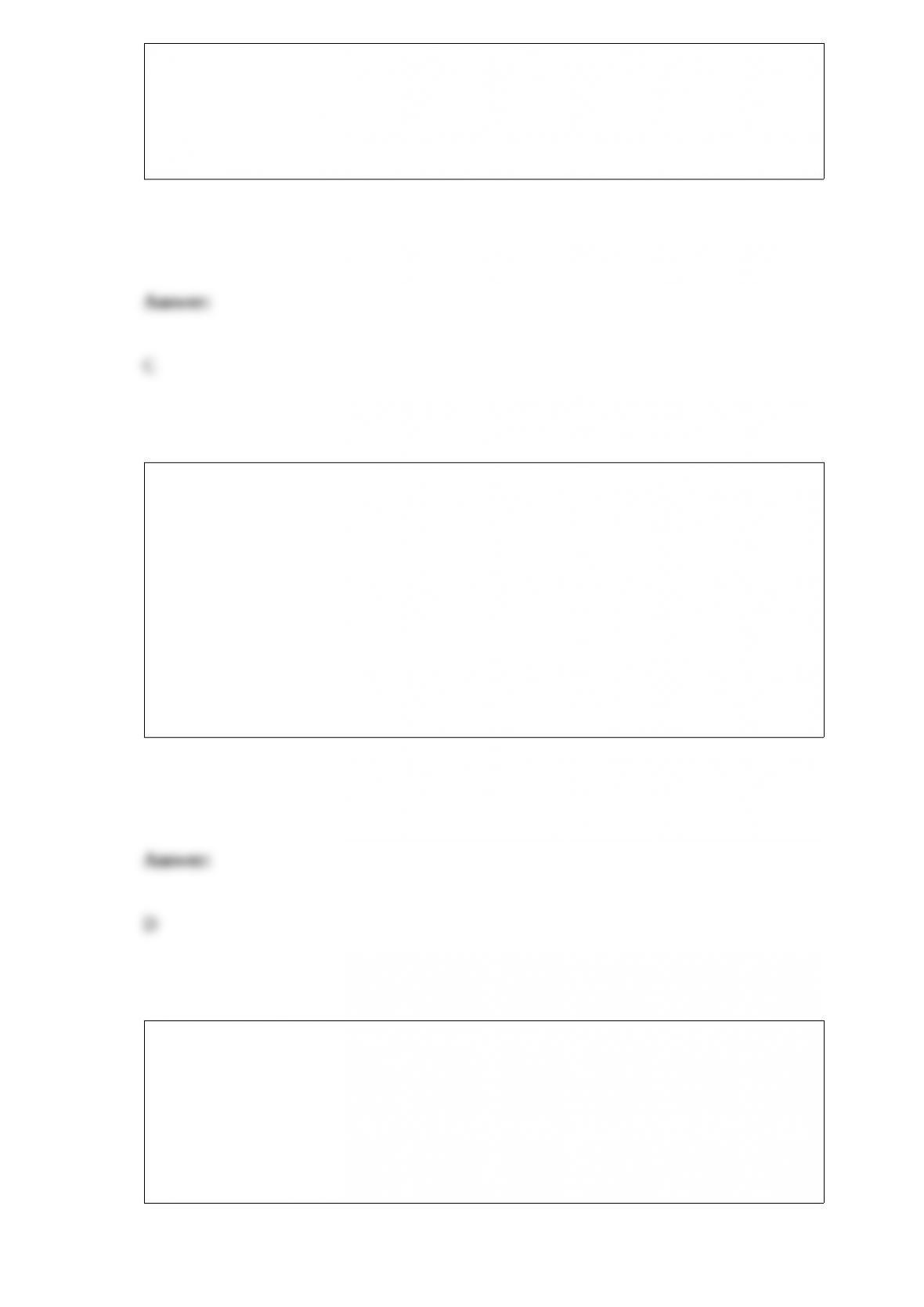 B) are clear and well-organized from birth.
C) energize development.
D) first emerge around 2 months of age.
Erikson's sense of __________ combines several developments of middle childhood: a
positive but realistic self-concept, pride in accomplishment, moral responsibility, and
cooperative participation with agemates.
A) trust
B) autonomy
C) identity
D) industry
Throughout middle adulthood, parents' relationships with their young adult children
tend to involve
A) receiving more assistance than they give.
B) giving more assistance than they receive.
C) careful monitoring and awareness of day-to-day activities.
D) escalating tensions and little communication. Sedentary healthy older adults up to age 80 who begin endurance training
A) show gains in vital capacity.
B) should focus on non-weight-bearing activities.
C) are at-risk for heart problems due to earlier inactivity.
D) increase blood circulation to the brain, but risk personal injury.
Seventeen-year-old Saffron strives to rely on herself and not her parents for decision
making. Saffron is developing
A) moral self-relevance.
B) identity foreclosure.
C) autonomy.
D) identity diffusion. 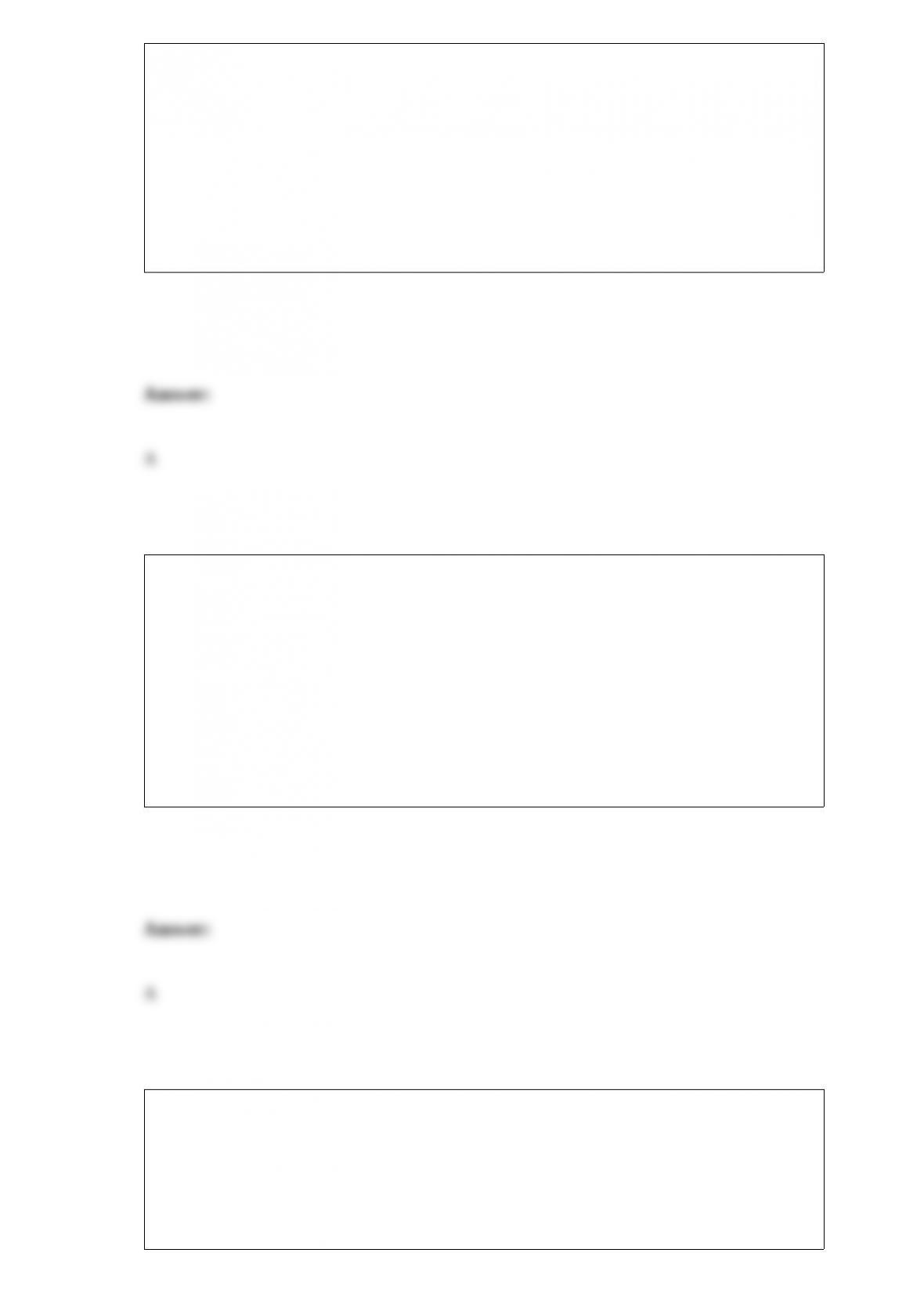 The United States
A) has a higher infant death rate than Canada.
B) provides national standards and funding for child care.
C) spends more public funds on education than Sweden.
D) now has a universal, publicly funded health-care system.
Research showed that by age 3, children in Early Head Start
A) demonstrated gains in cognitive and language development.
B) demonstrated an increase in aggression.
C) experienced a "washout effect."
D) scored, on average, 15 points higher in IQ than children not enrolled in the
intervention.
Self-__________ is a key feature of integrity.
A) focus
B) evaluation 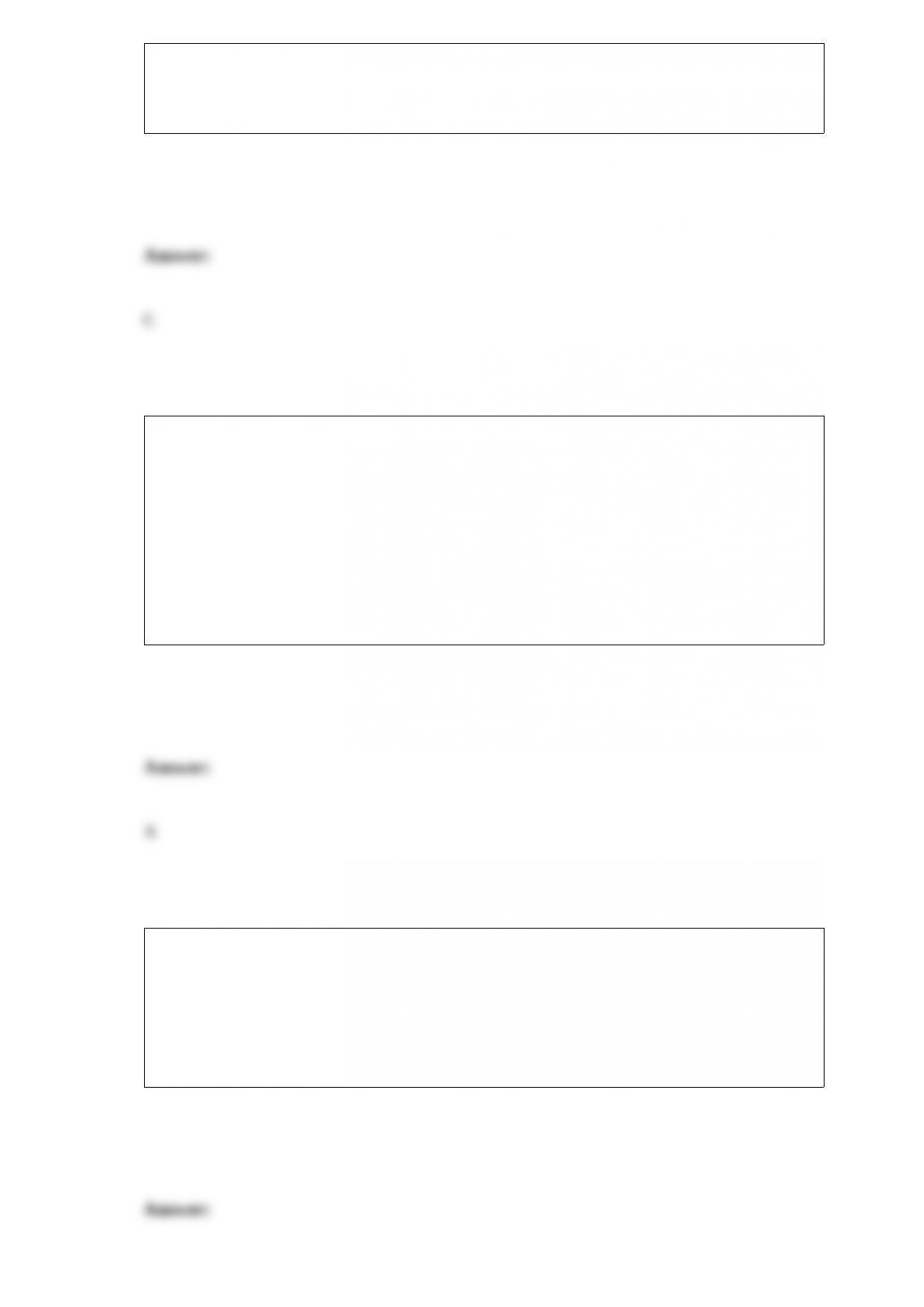 C) acceptance
D) discovery
One limitation of debriefing is
A) young children often lack the cognitive skills to understand the reasons for deceptive
procedures.
B) some individuals may agree to participate simply to engage in rewarding social
interaction.
C) the lack of availability of surrogate decision makers.
D) children may be concerned that the information they provide will not be kept
confidential.
In Western industrialized nations, menopause is
A) assumed to be a syndrome requiring treatment.
B) primarily viewed as a life transition.
C) a time of increased social status.
D) a welcome time of life. 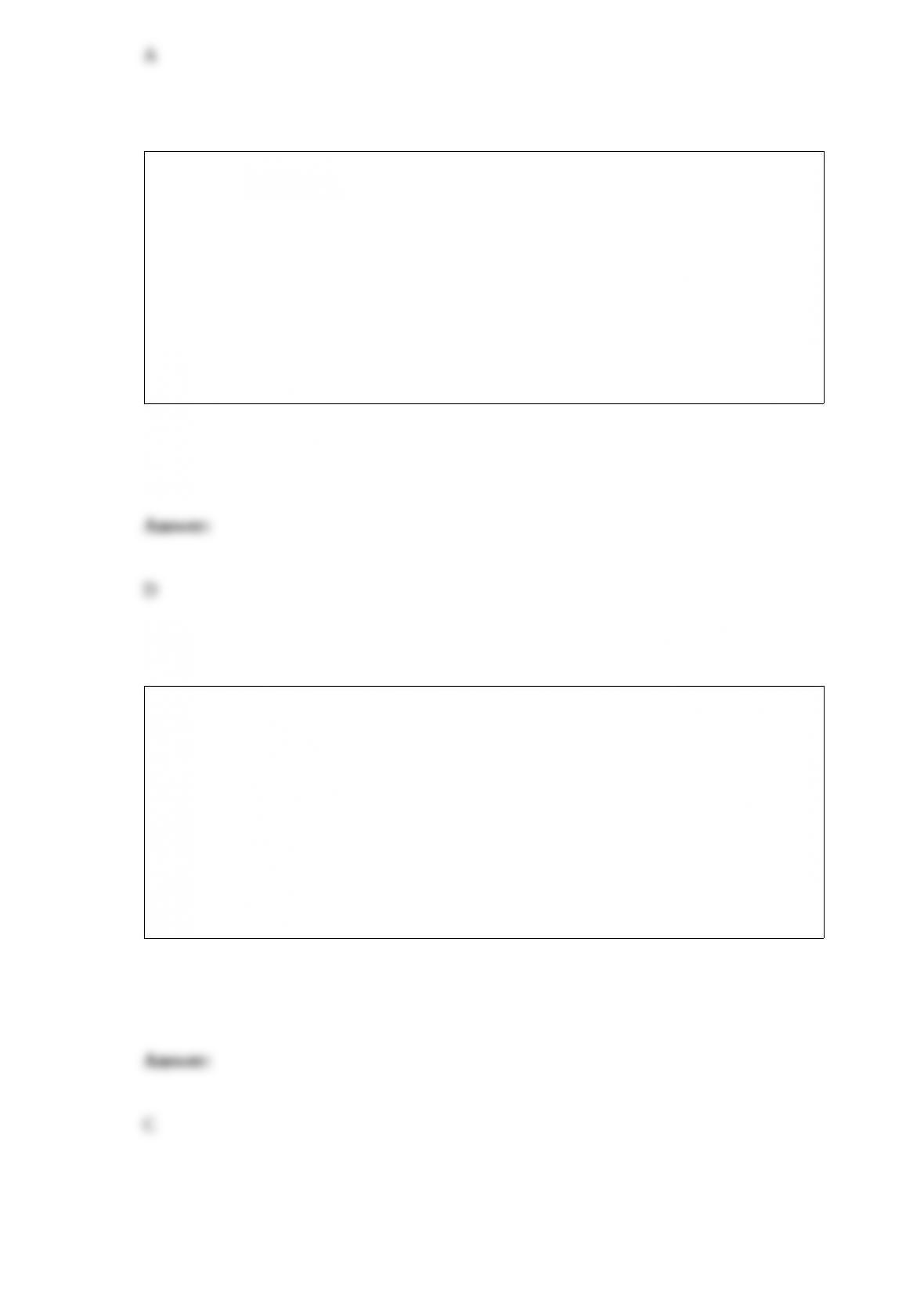 Research on nutrition indicates that
A) the percentage of children who eat dinner with their families increases slightly
between ages 9 and 14.
B) eating dinner with parents leads to a diet higher in fried foods and soft drinks than
eating alone.
C) school-age children often become picky eaters, but mild nutritional deficits rarely
affect growth or cognitive functioning.
D) malnutrition that persists from infancy or early childhood into the school years
usually leads to permanent physical and mental damage.
Arn recently retired from an assembly line job. To facilitate cognitive functioning, Arn
should
A) find leisure activities that are similar in nature to the job he left.
B) maintain a relaxed, unstructured life.
C) develop stimulating leisure activities.
D) seek out a more fulfilling job. 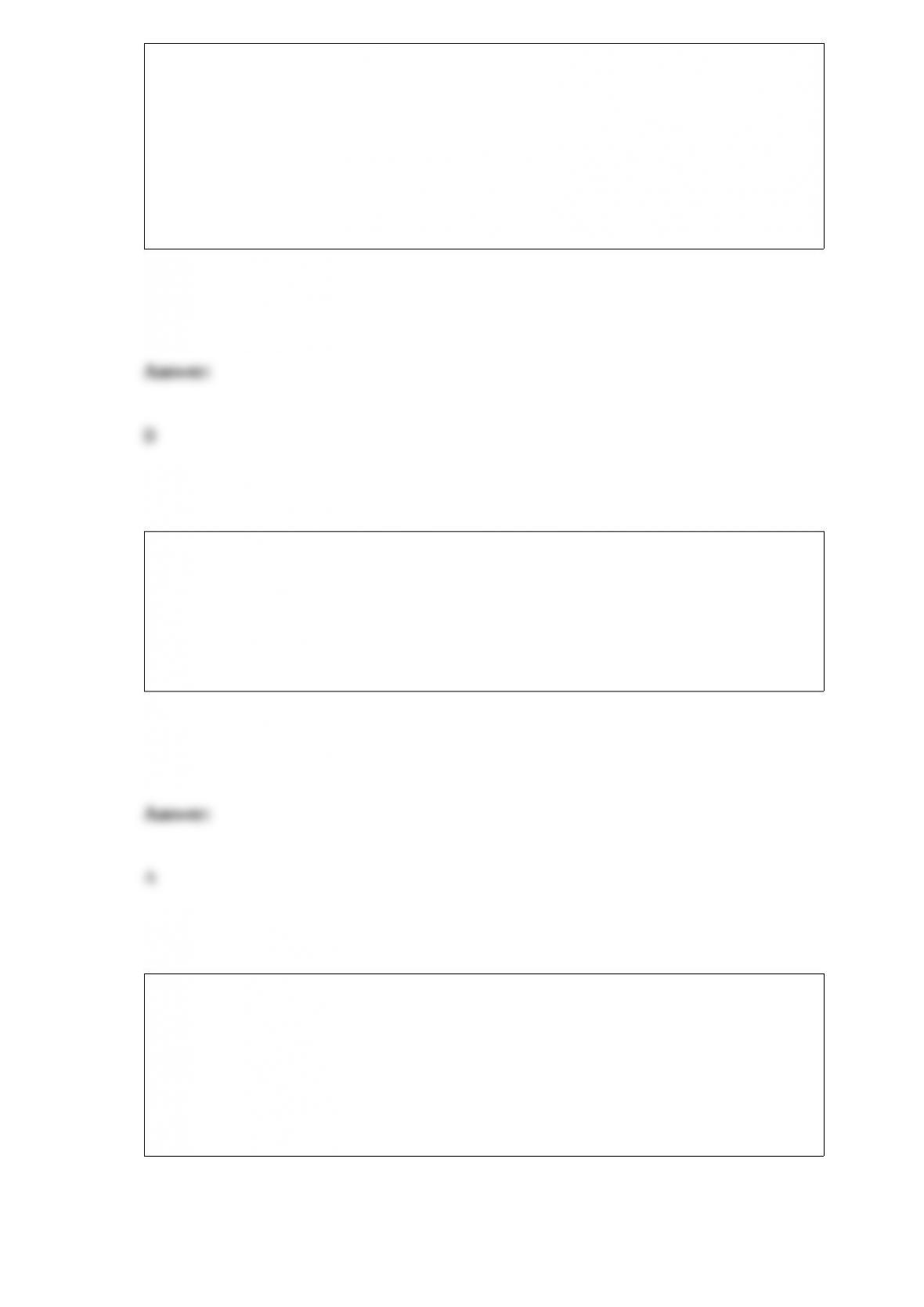 Which of the following statements about adolescent friendships is true?
A) Close friendships in early adolescence often interfere with identity development.
B) Close friendships provide a foundation for future intimate relationships.
C) Compared with peer groups of middle childhood, adolescent peer groups are less
tightly structured and exclusive.
D) Among girls, clique membership may contribute to the rise in depression during
early adolescence.
A dependent variable is the
A) one the investigator expects to be influenced by the independent variable.
B) number that describes how two measures are associated with each other.
C) number that shows the strength of the relationship between two measures.
D) one the investigator randomly assigns to represent participant characteristics.
Shelby tells her classmates not to play with Sophia because "she lies." This is an
example of __________ aggression.
A) direct
B) verbal
C) instrumental
D) relational 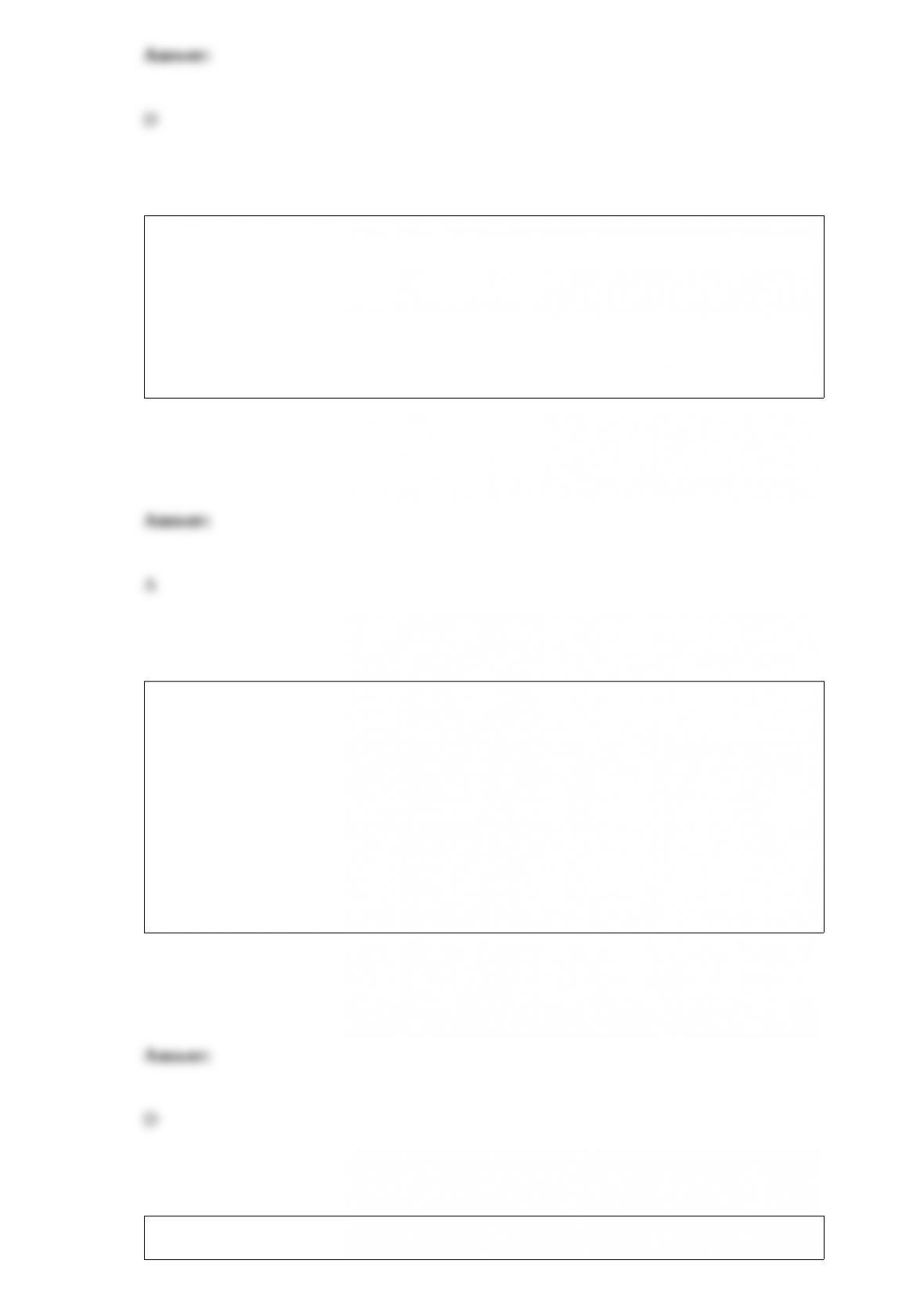 According to Erikson, the major personality achievement of adolescence is
development of
A) identity.
B) autonomy.
C) intimacy.
D) trust.
In the United States today, the average __________ is 78.5 yearsnearly 76 for men and
81 for women.
A) brain age
B) chronological age
C) functional age
D) life expectancy
Adam and Drake have a warm and trusting relationship. They share attitudes and 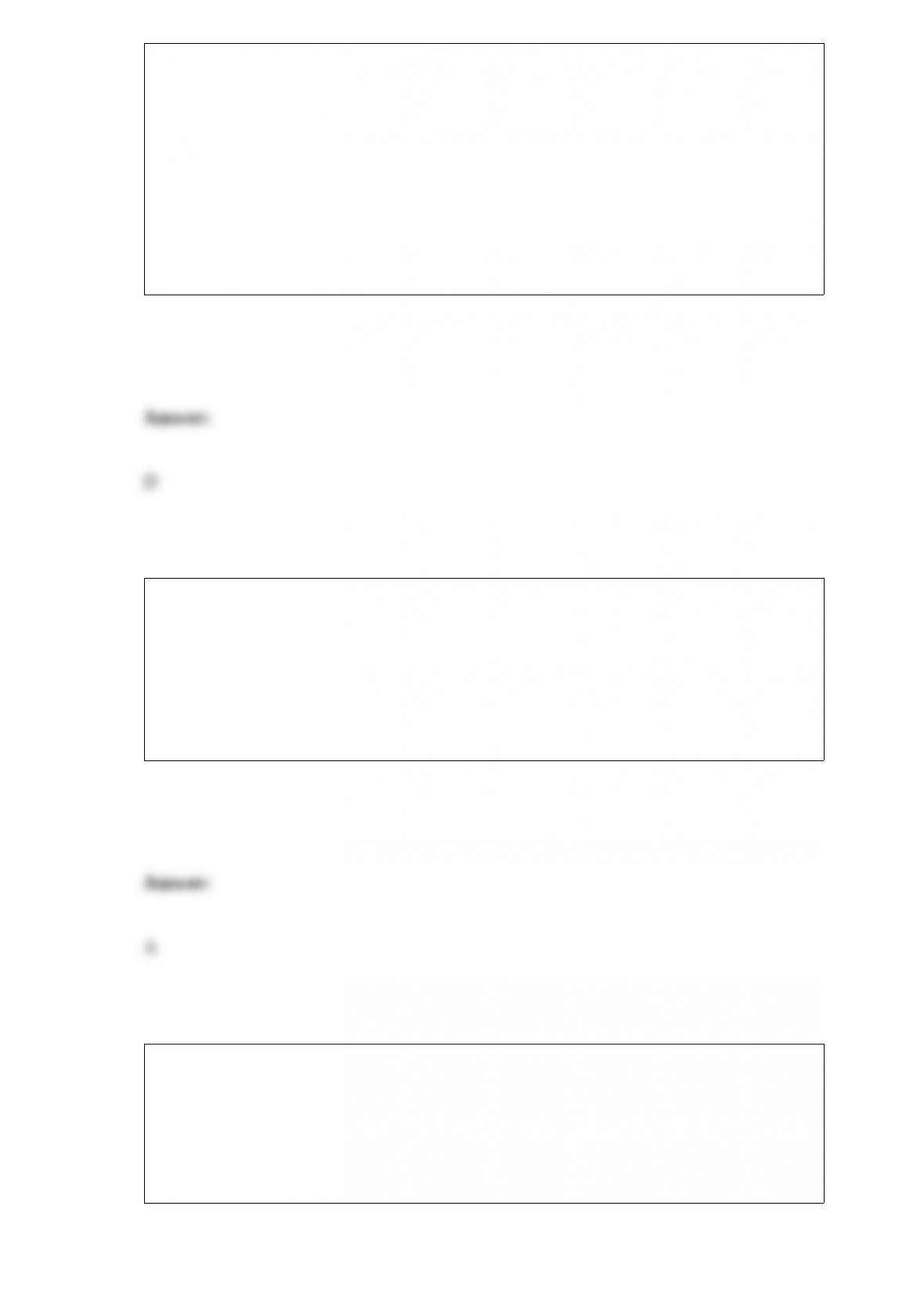 values. They exchange trusting affection and caregiving. According to Sternberg, Adam
and Drake display __________ love.
A) passionate
B) committed
C) intimate
D) companionate
The most serious drawback to Kbler-Ross's theory of dying is that it
A) looks at dying patients' thoughts and feelings outside the contexts that give them
meaning.
B) was based on only a few interviews with dying people.
C) cannot be applied to people who die unexpectedly.
D) applies only to people who are not religious.
__________ adults report more depressive feelings than __________ adults.
A) Young; middle-aged
B) Middle-aged; young
C) Middle-aged; older
D) Male; female 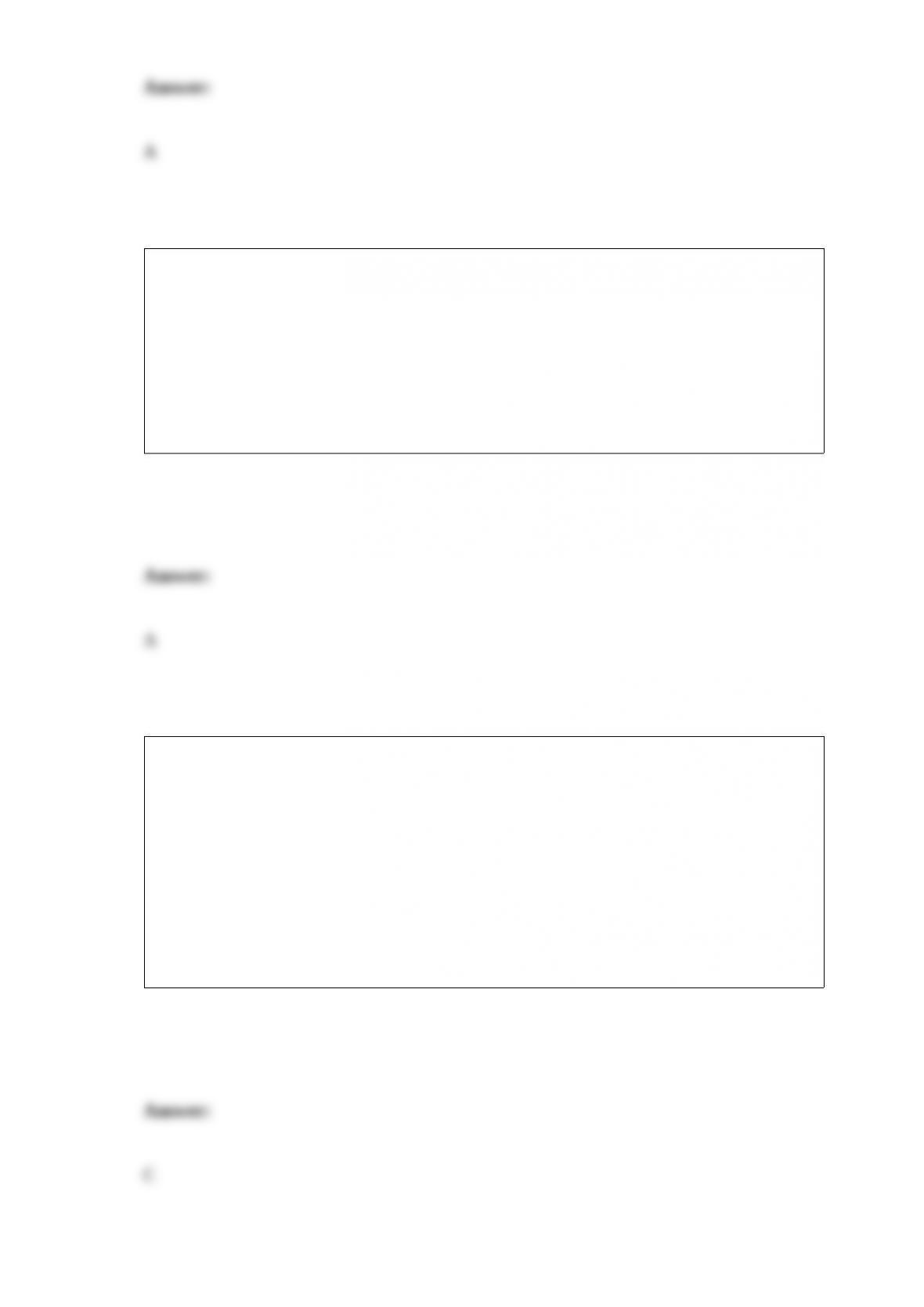 In early adulthood, Maxine worked as a waitress and devoted herself to child rearing.
Which of the following is she the most likely to do next if she is engaged in Levinson's
engagement"separateness task?
A) pursue a college degree
B) scale back on her work hours
C) spend more time with her young adult children
D) spend time painting and drawing
Which of the following educational principles derived from Piaget's theory continues to
have a major impact on classroom practices?
A) teacher-directed learning activities
B) emphasis on scaffolding
C) acceptance of individual differences
D) emphasis on academic achievement 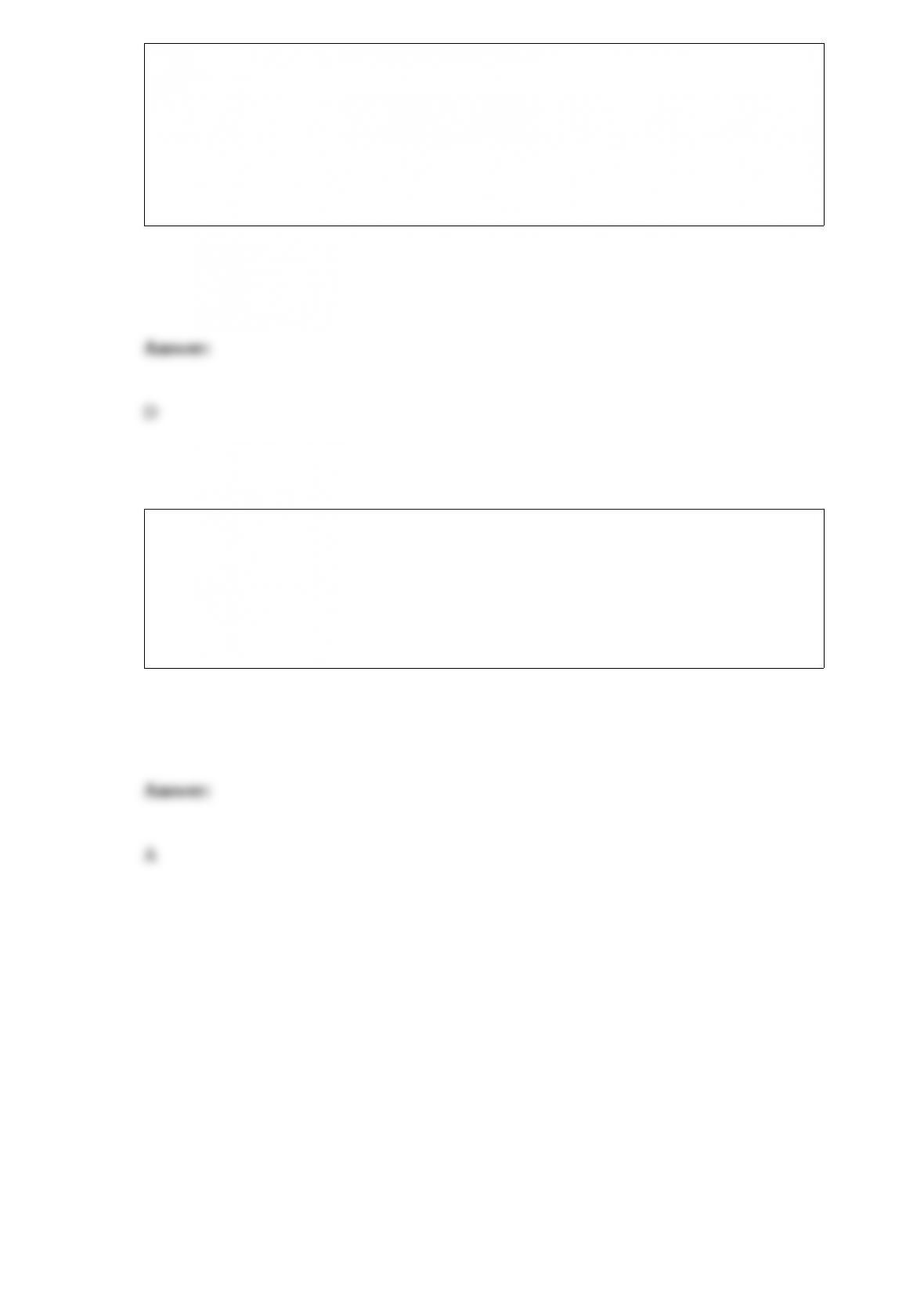 In the United States and other Western nations, when doctors engage in voluntary active
euthanasia,
A) about 70 percent of the population disapproves.
B) judges are usually strict, sentencing them to jail terms.
C) they often do so without the patient's consent.
D) judges are usually lenient, granting suspended sentences or probation.
Research confirms that, in line with Kbler-Ross's observations,
A) dying people are more likely to display denial after learning of their condition.
B) all dying people display five responses to death.
C) a normal dying person follows through the five stages in sequence.
D) dying people react in predictable ways.