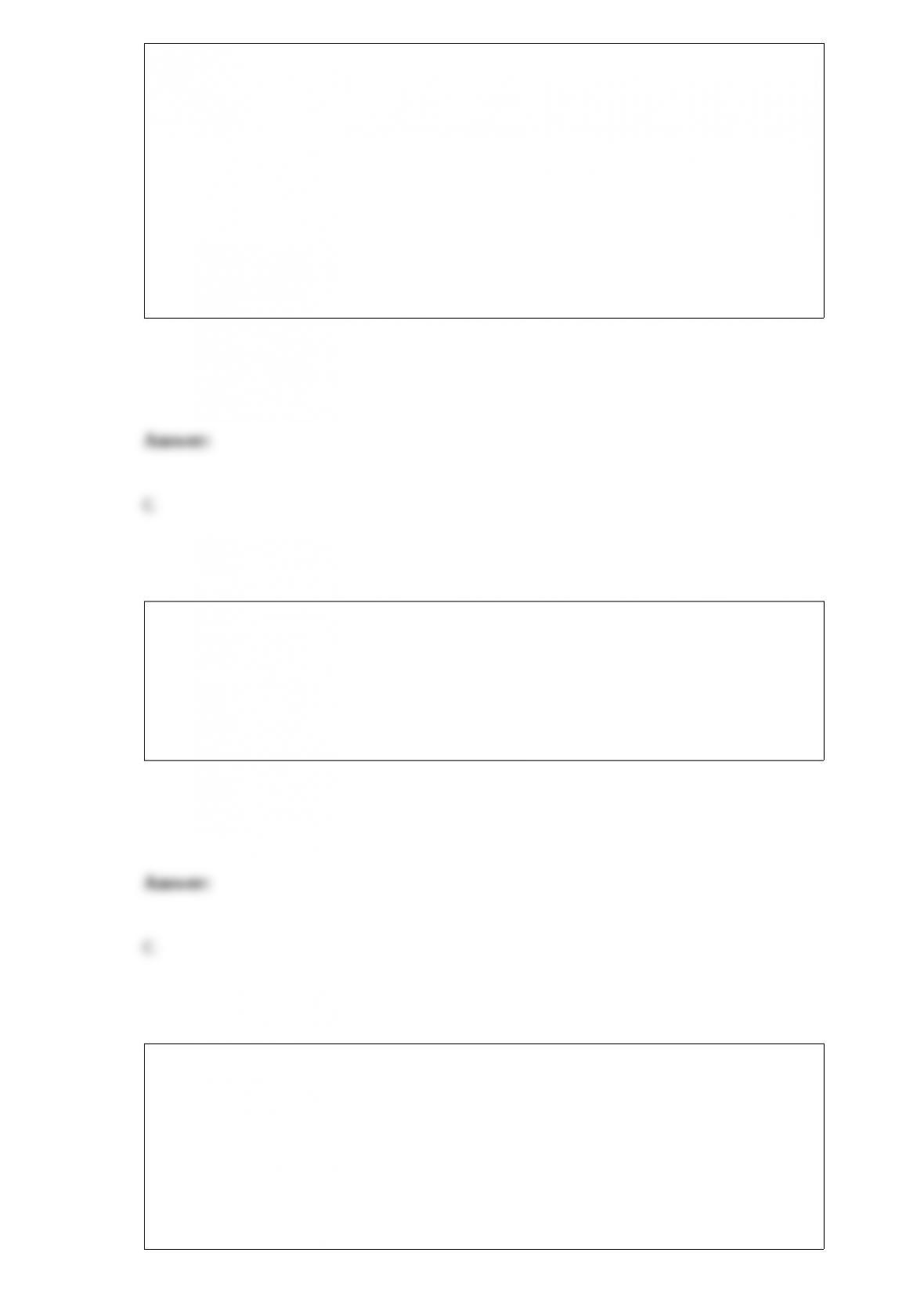 In the Strange Situation, Philip seeks closeness to his mother and fails to explore. When
his mother leaves, Philip is distressed, and on her return he hits her. Philip is displaying
characteristics of __________ attachment.
A) secure
B) avoidant
C) resistant
D) disorganized/disoriented
Having friends with depressive symptoms
A) helps teens develop empathy.
B) increases teenagers' capacity for interdependence and compromise.
C) is linked to a rise in teenagers' own depressive symptoms.
D) increases the likelihood of dating violence and risky sexual behavior.
Mastery of __________ increases the efficiency of children's counting.
A) ordinality
B) cardinality
C) computation 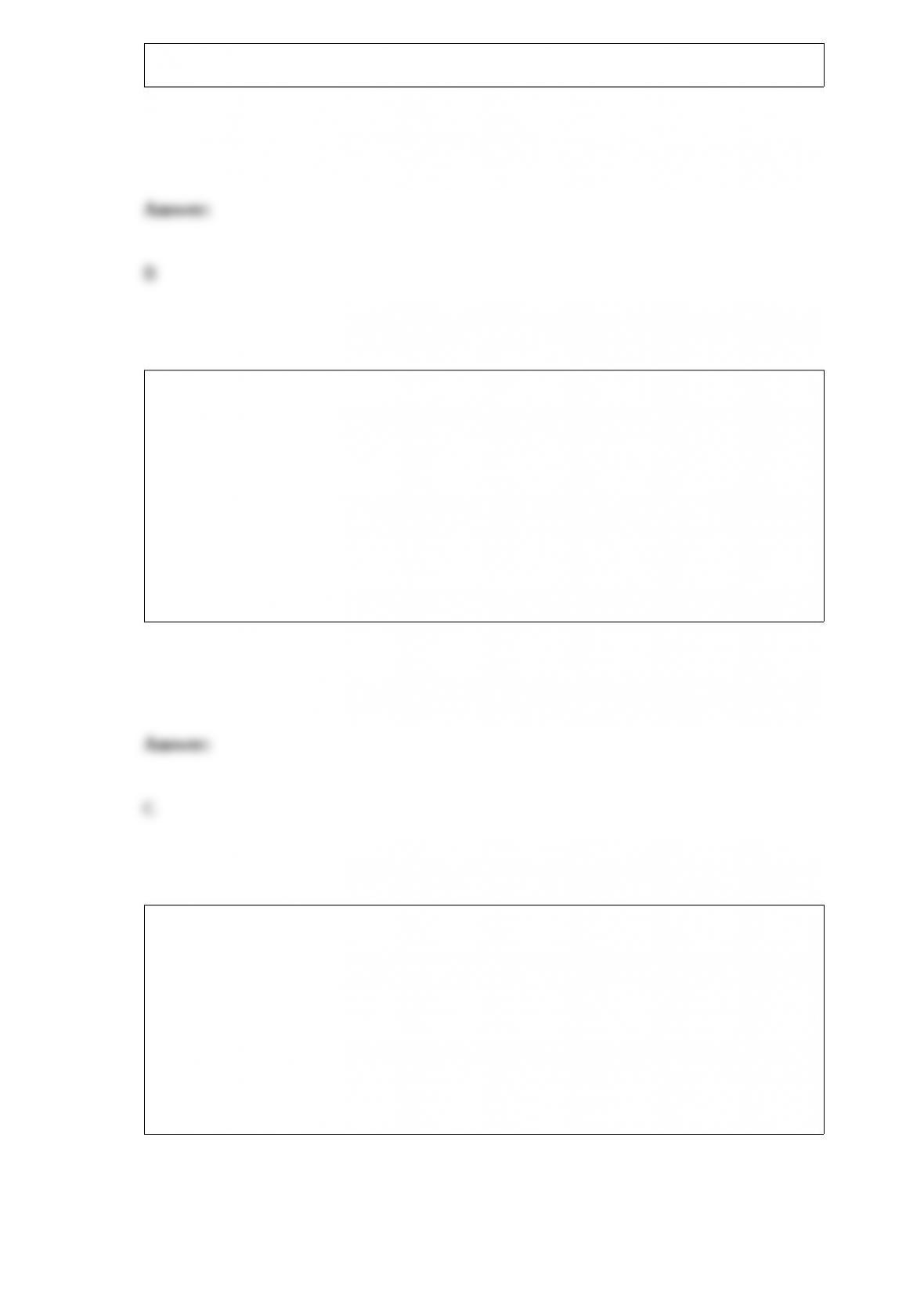 D) false belief
During childhood and adolescence, perceived __________ correlates more strongly
with overall self-worth than any other self-esteem factor.
A) athletic competence
B) academic competence
C) physical appearance
D) social competence
Leaving home very early is associated with
A) a high level of education.
B) a successful married life.
C) a high level of social support.
D) job seeking rather than education. 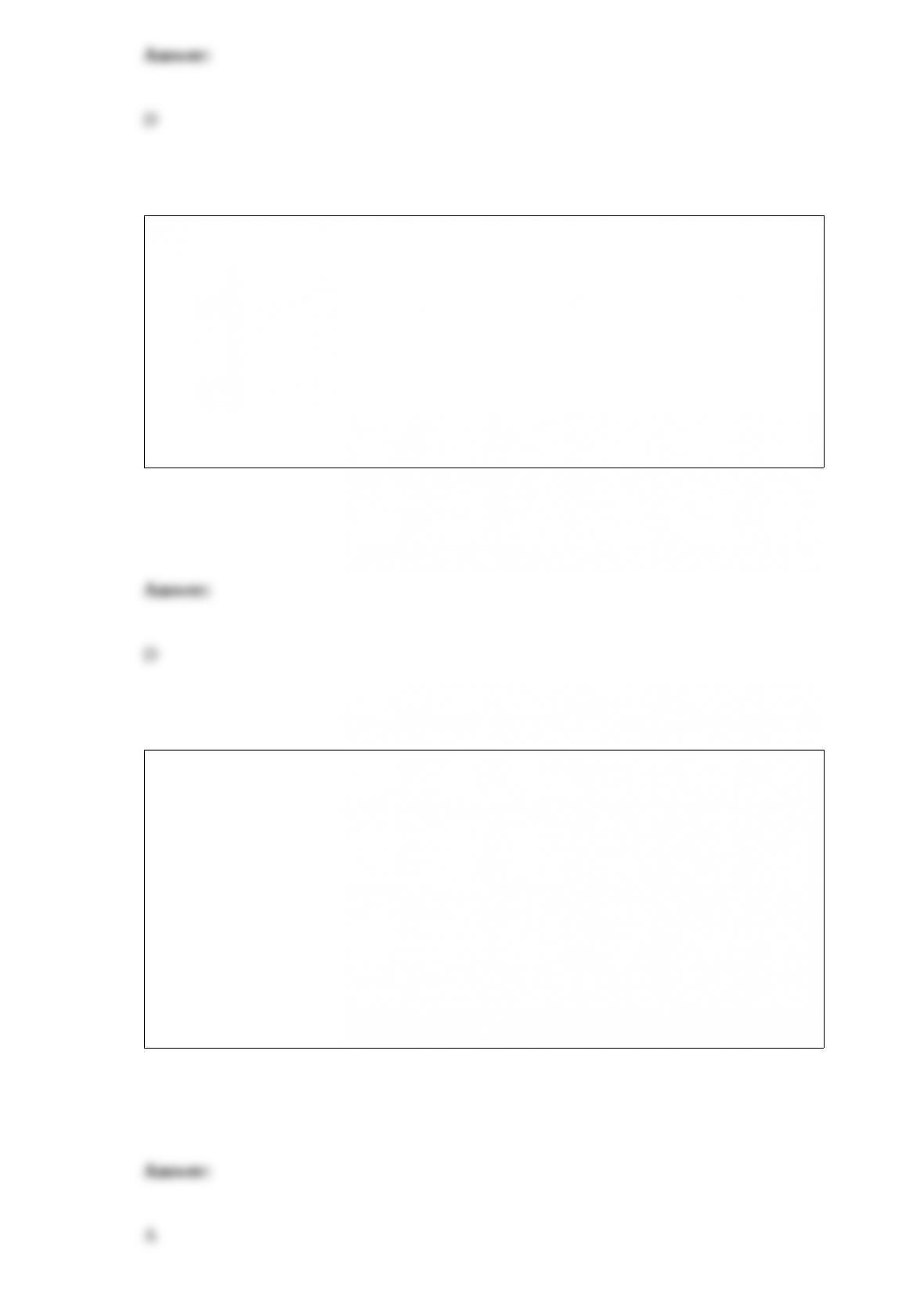 The baby boomers are approaching late life with the conviction that their old age will
not begin until
A) 65.
B) 70.
C) 75.
D) 80.
Which of the following statements about the sexual behavior of U.S. adolescents is
true?
A) Boys tend to have their first intercourse earlier than girls.
B) Few young adolescents are sexually active.
C) At the end of high school, boys report higher rates of having had sexual intercourse
than girls.
D) U.S. youths become sexually active later than their Canadian and European
counterparts. 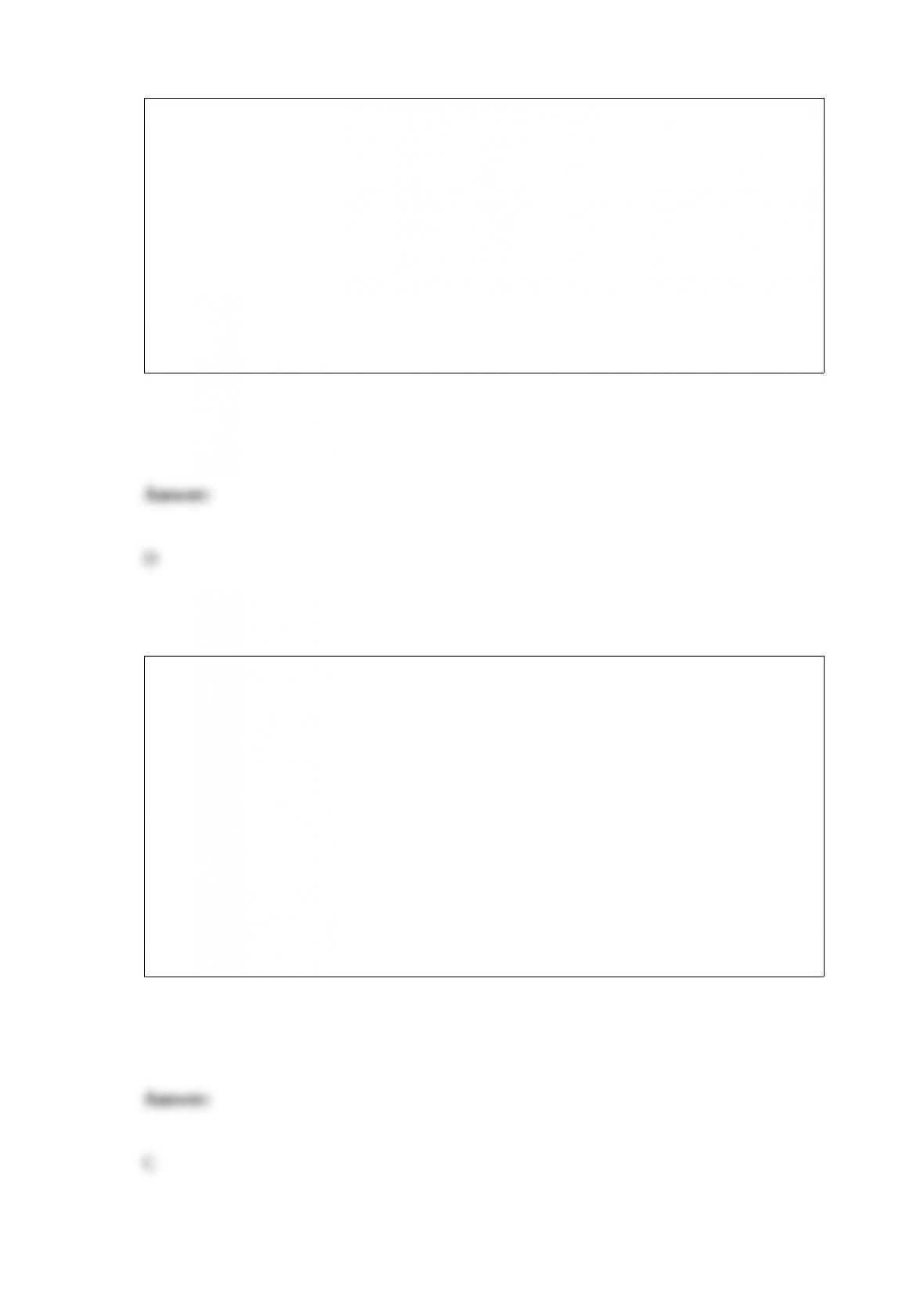 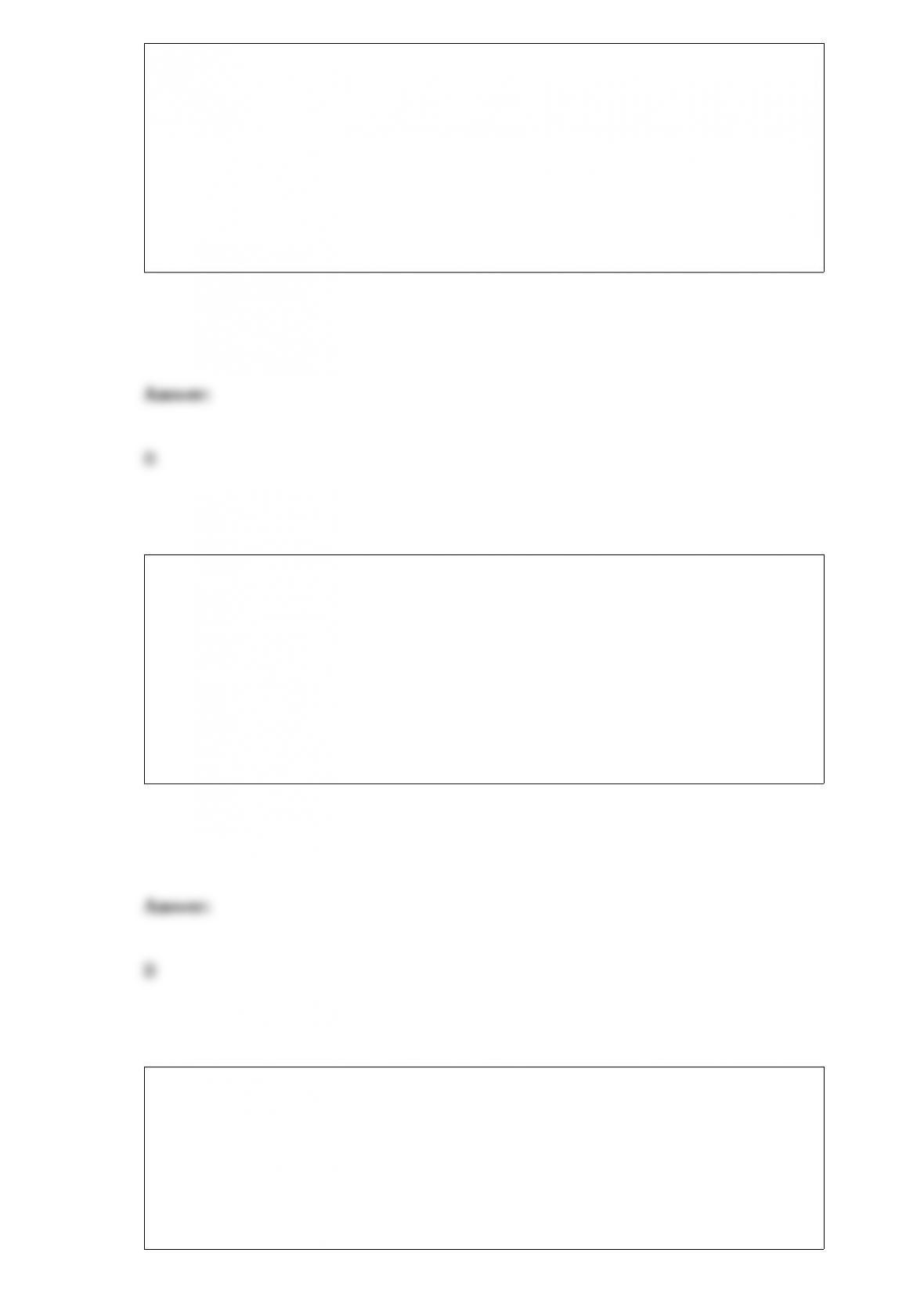 Never-married older women report a level of well-being equivalent to that of
A) divorcees.
B) married older adults.
C) never-married older men.
D) recently widowed seniors.
Sleep-deprived adolecents
A) perform better on cognitive tasks in the morning hours.
B) are more likely to suffer from anxiety and depression.
C) are less likely to engage in high-risk behaviors.
D) display increases in executive function.
In __________ experiments, investigators capitalize on opportunities to assign
participants randomly to treatment conditions in natural settings.
A) field
B) natural
C) structured
D) laboratory 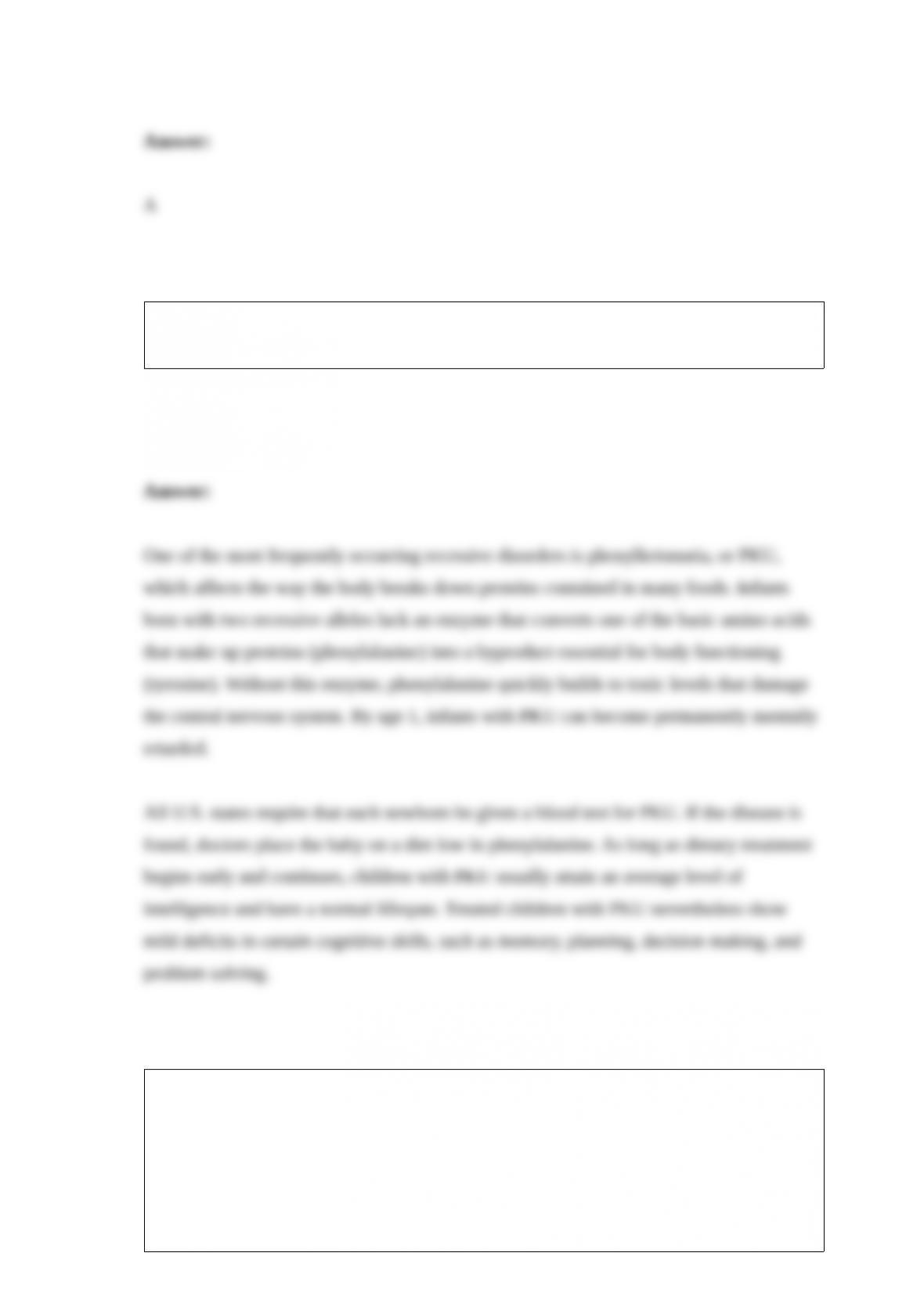 Describe the recessive disorder, phenylketonuria. Explain how it occurs and how it is
treated.
At Kohlberg's Stage 2 of moral development, children
A) want to maintain the affection and approval of friends and relatives by being a "good
person."
B) typically mention such principles as respect for the worth and dignity of each person.
C) take societal laws into account when making moral choices.
D) view right action as flowing from self-interest and understand reciprocity as equal 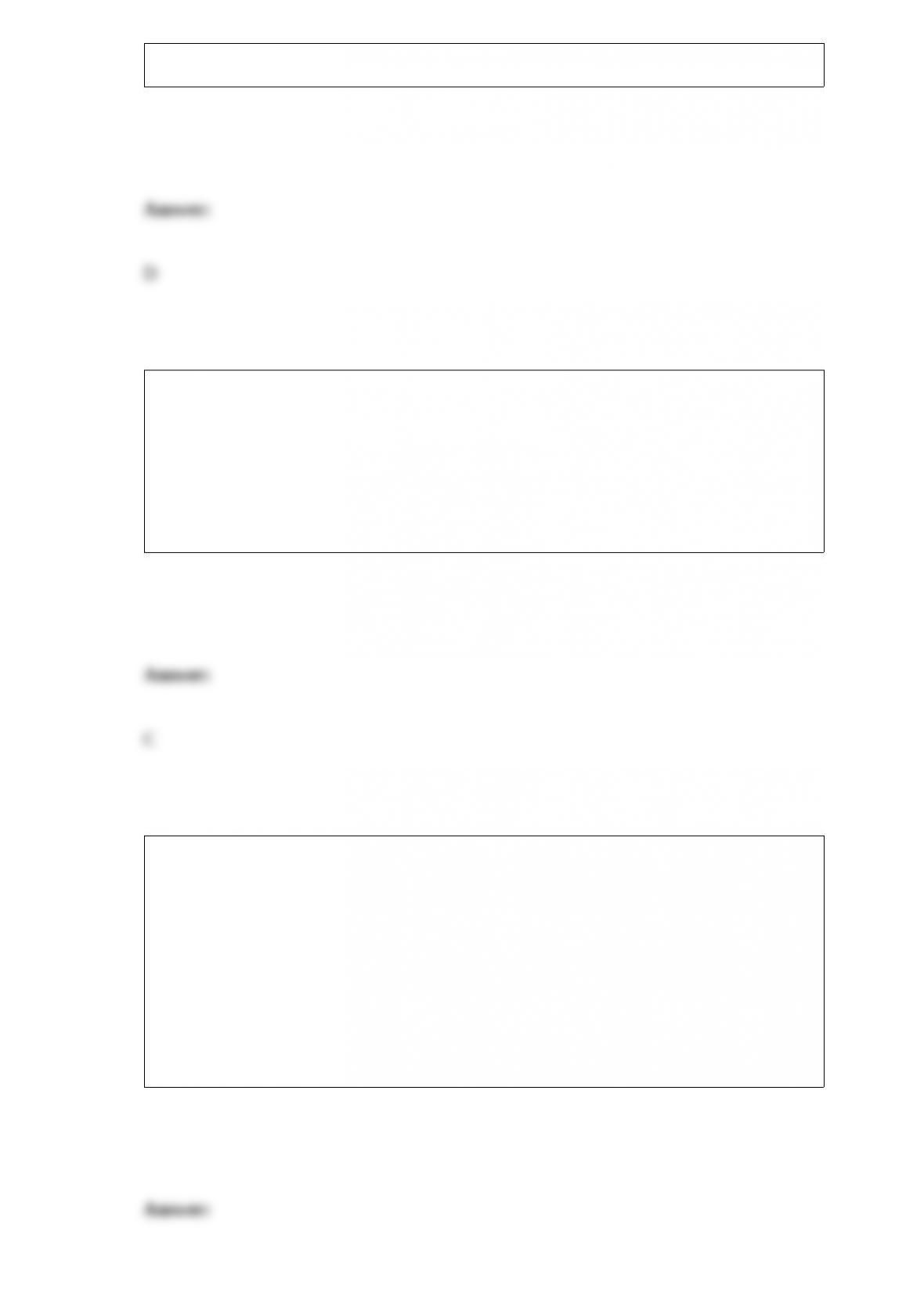 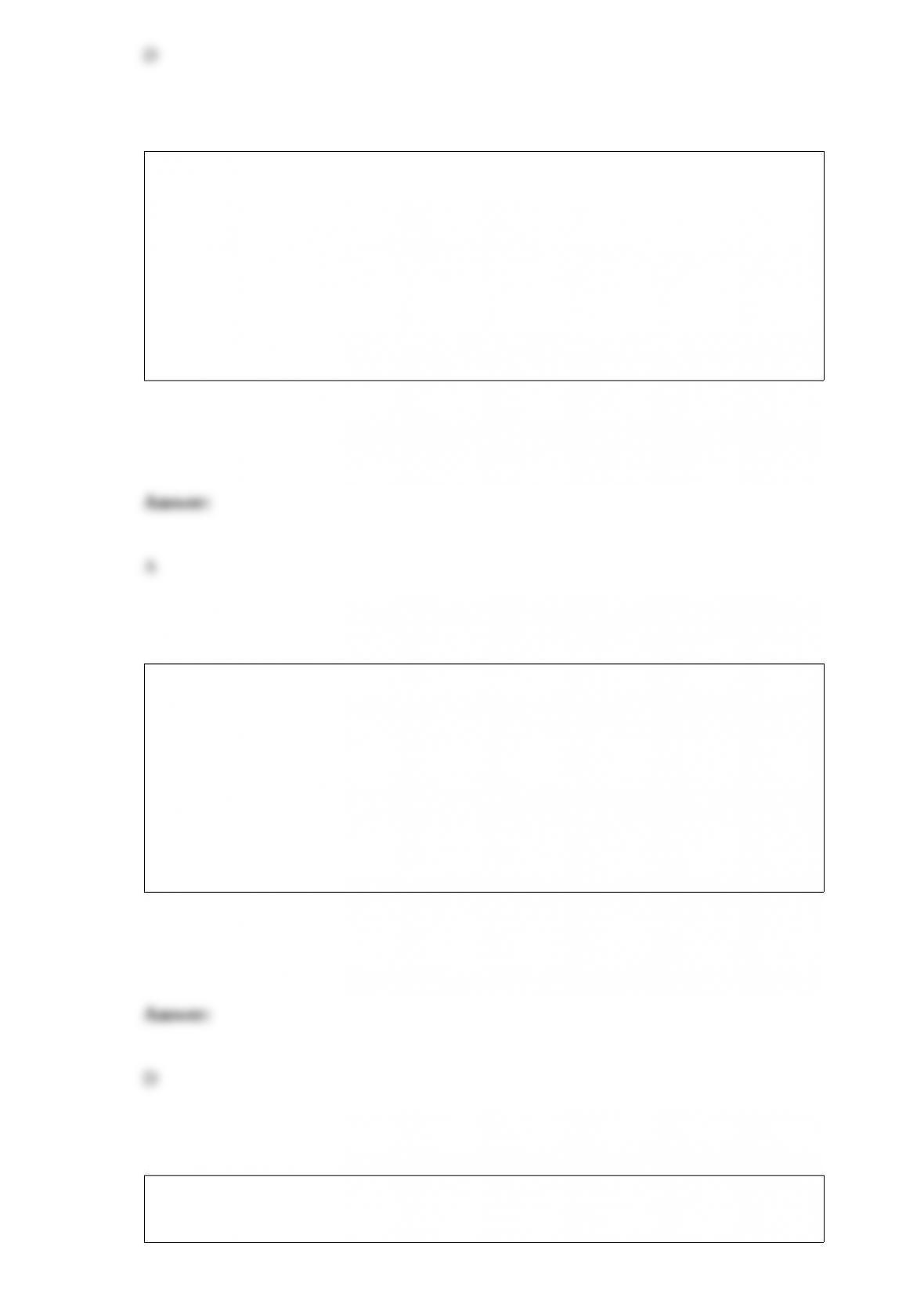 In the female, meiosis results in
A) just one ovum.
B) two ova.
C) three ova.
D) four ova.
Research has shown that parents promote gender stereotypes by
A) more often attributing girls' failures to insufficient effort and boys' failures to ability.
B) harshly punishing children for gender-atypical behavior.
C) praising girls for knowledge and boys for obedience.
D) behaving in a more mastery-oriented fashion with sons than with daughters.
A strong cardiovascular response, interference with immune system functioning, and 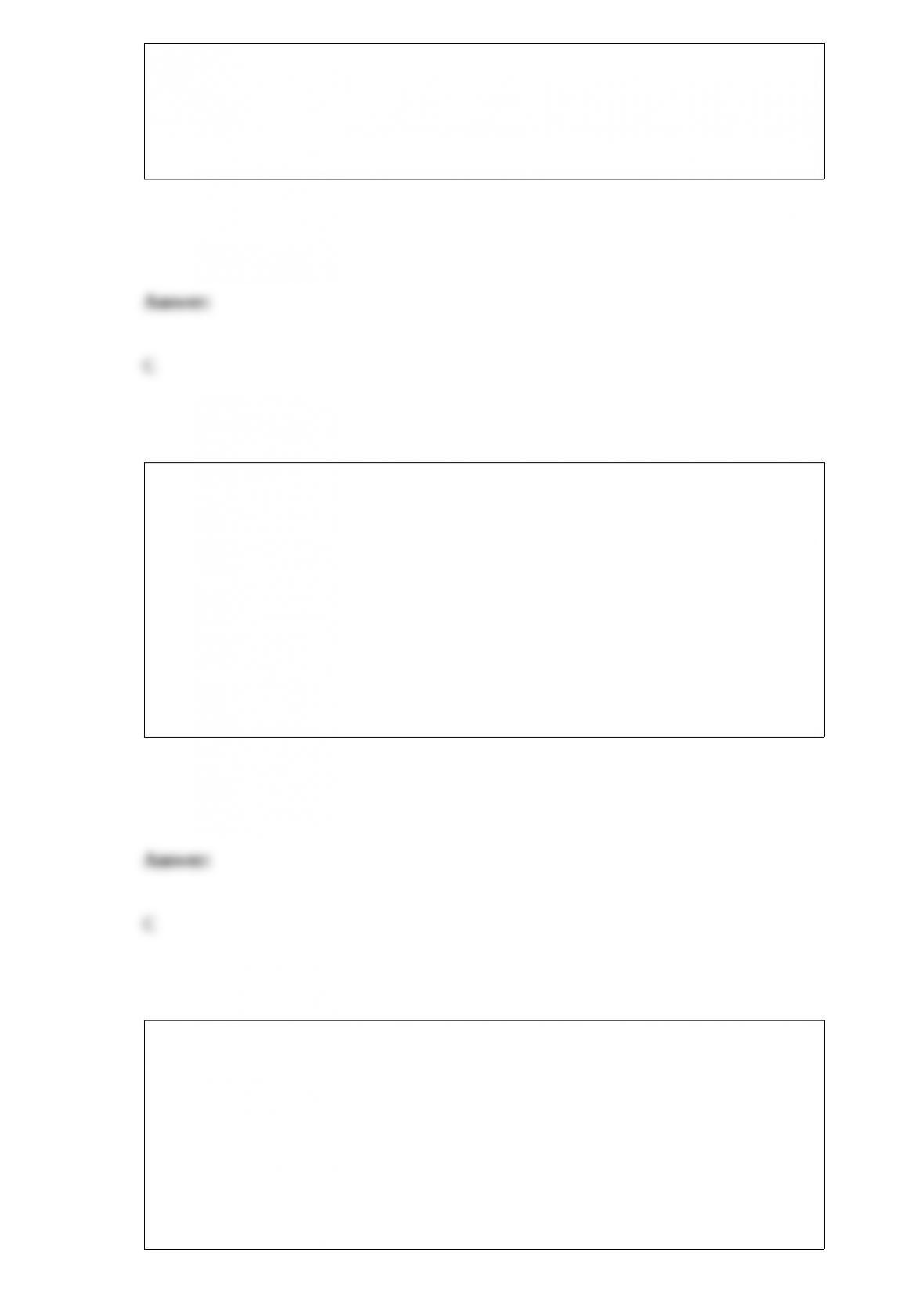 reduced digestive activity are all symptoms of
A) hypertension.
B) alcoholism.
C) psychological stress.
D) genetically programmed aging.
Four-month-old Max is easily upset by new sights and sounds. According to Kagan's
research, Max probably has __________ and __________ than a social baby when
faced with novelty.
A) a higher heart rate; a lower cortisol level
B) a lower heart rate; a higher cortisol level
C) a higher heart rate; a higher cortisol level
D) lower blood pressure; greater pupil dilation
Mr. and Mrs. Rodriguez want to foster a positive, secure self-image in their son. Which
of the following would you suggest?
A) Make decisions for him when he appears hesitant, in order to model good
decision-making strategies.
B) Continuously compliment his performance, even when it is less than satisfactory.
C) Encourage him to strive for worthwhile goals because his eventual achievement will 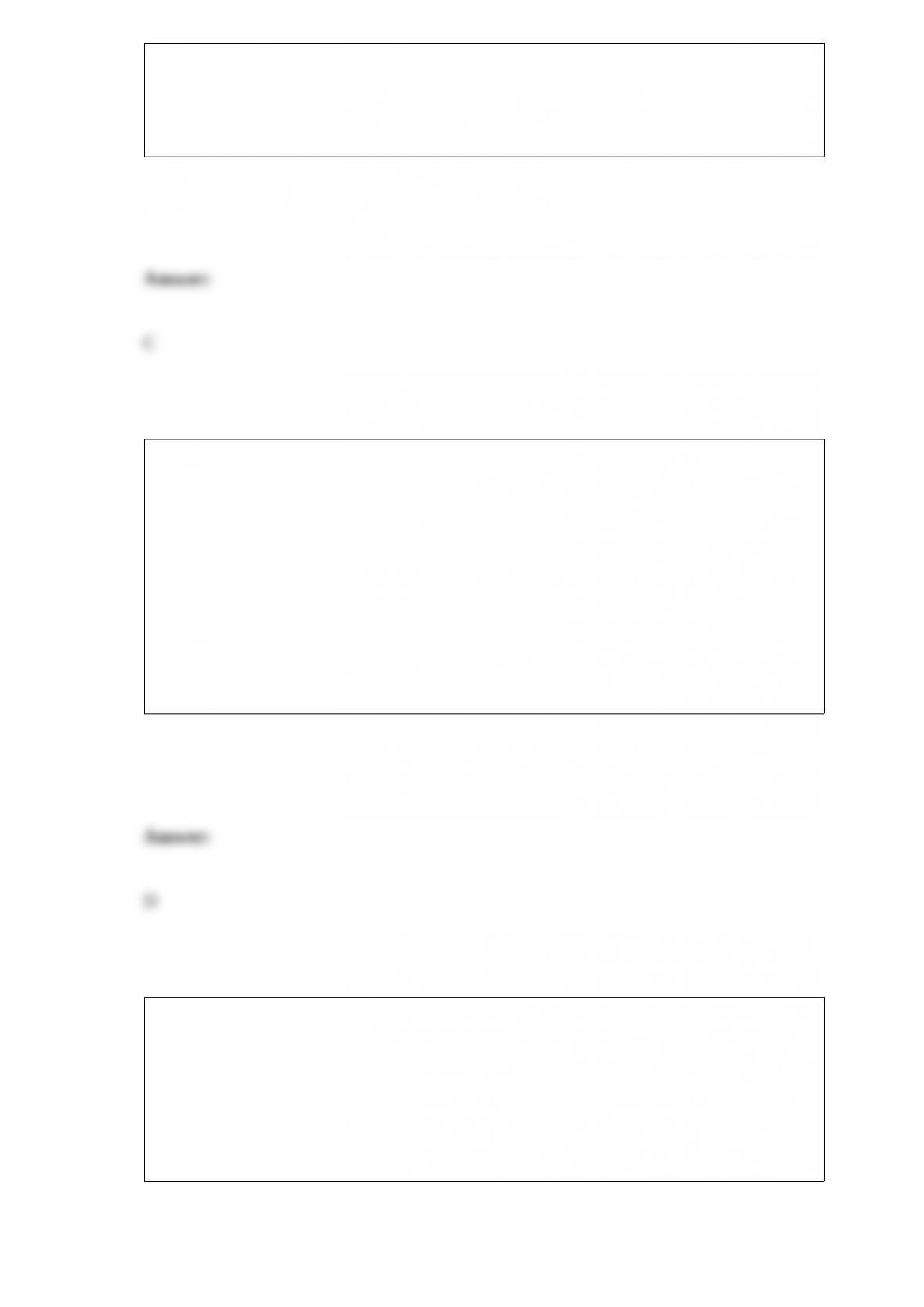 foster his self-esteem.
D) Start with high expectations, but be flexible and willing to accept lower achievement
levels if he cannot achieve the original goals.
Which of the following is supported by research on sibling rivalry?
A) Destructive sibling conflict in middle childhood is associated with negative
outcomes, including later substance use and delinquency.
B) Sibling rivalry is greater between brothers and sisters than among same-sex siblings.
C) During the middle childhood years, sibling rivalry tends to decrease.
D) Sibling rivalry often increases when siblings intentionally strive to be different from
one another.
Which of the following statements about the consequences of obesity is true?
A) Obese boys are viewed more negatively by adults and peers than obese girls.
B) In most cases, obese children slim down by adolescence.
C) Obese children are stereotyped as lazy, self-doubting, and deceitful.
D) Due to growing public awareness, childhood obesity in the U.S. has declined by 30
percent in the last decade. 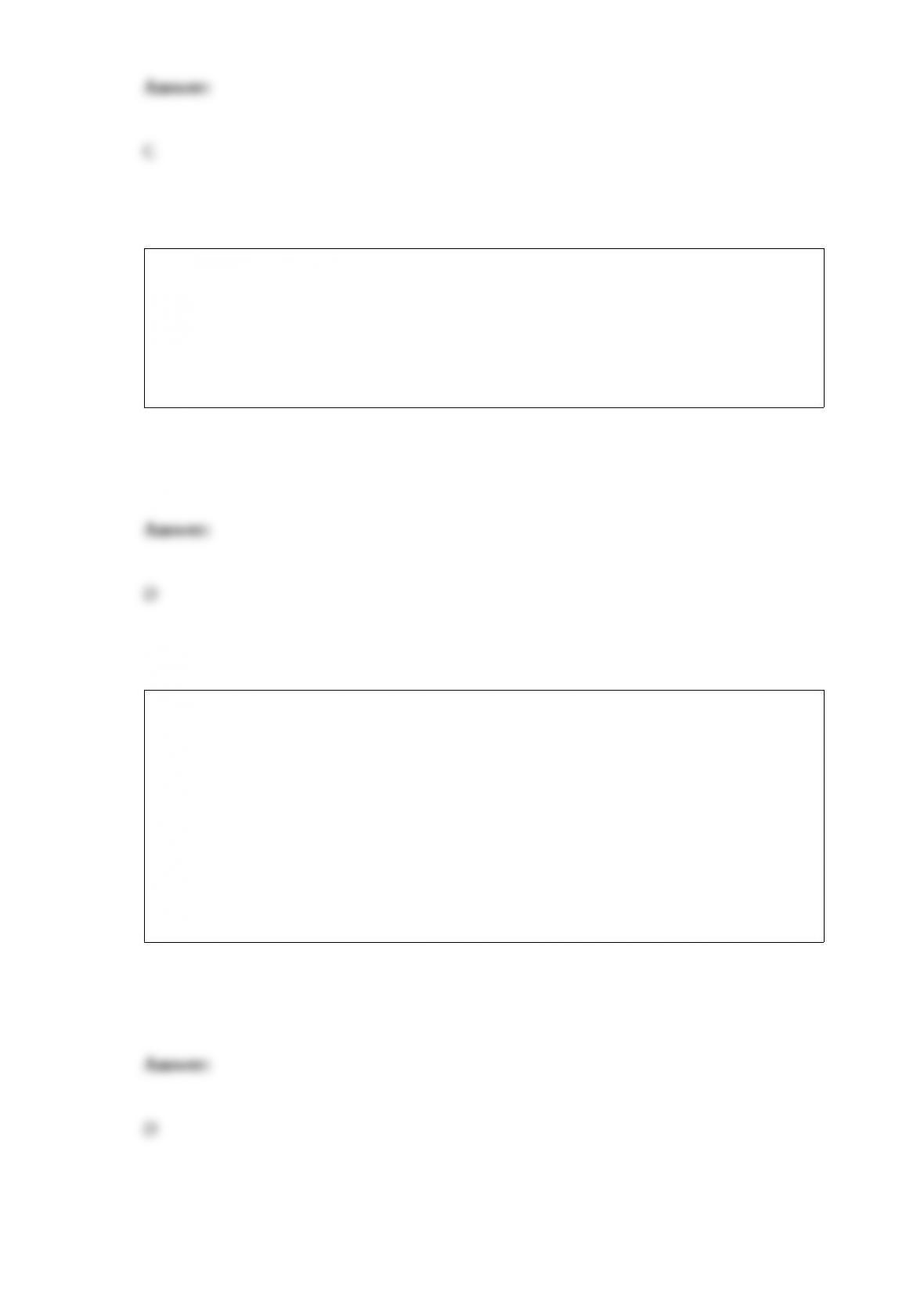 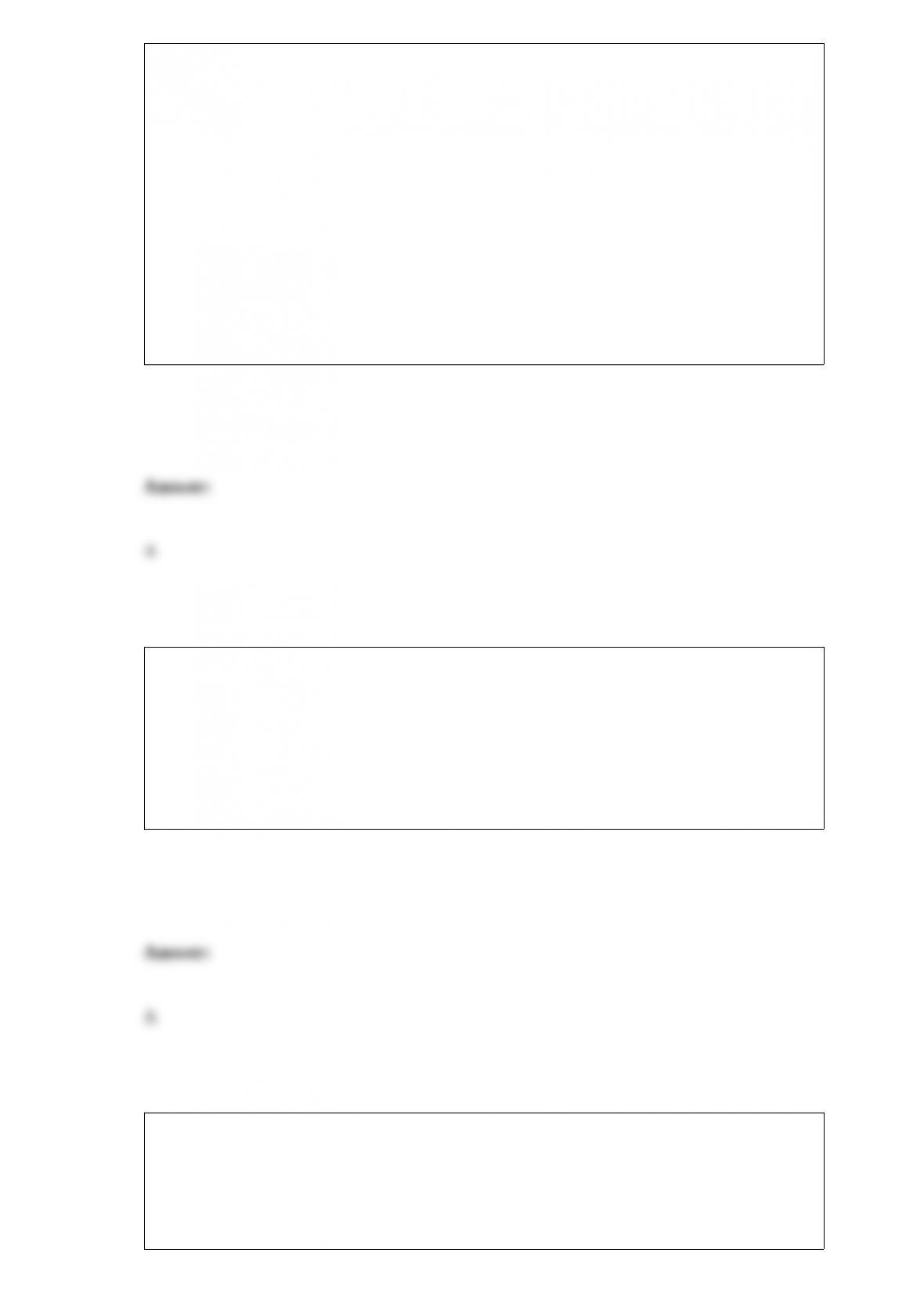 Kia, age 14, uses hypothetico-deductive reasoning. Therefore, she probably
A) makes predictions about variables that might affect an outcome and then deduces
logical, testable inferences from that hypothesis.
B) starts with what she knows, conducts observations, and revises her approach to
problem solving.
C) cannot yet think of alternatives when her predictions about an outcome are not
confirmed.
D) is strongly motivated to identify and experiment with new memory strategies,
although she may not yet use new strategies effectively.
Which of the following statements about gender differences in death anxiety is true?
A) In both Eastern and Western cultures, women appear more anxious about death than
men do.
B) Men are more likely than women to admit troubled feelings about mortality.
C) Women are more likely than men to admit troubled feelings about mortality.
D) Men are more likely than women to develop a sense of symbolic immortality.
Having __________ is an especially strong predictor of mental health among the
elderly.
A) grandchildren 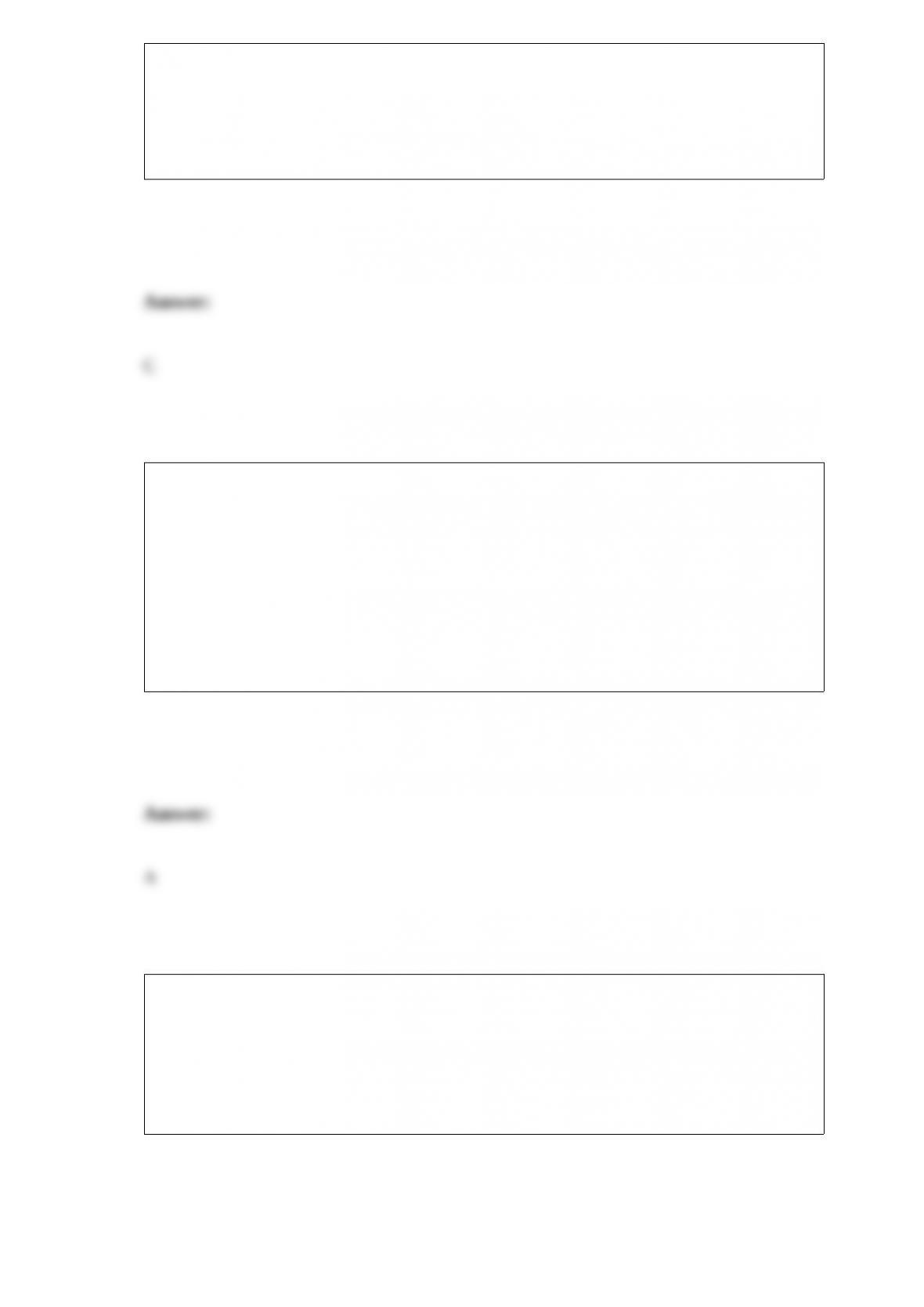 B) sisters
C) friends
D) brothers
Studies of friendship during middle childhood show that
A) by age 8 or 9, most children name only a handful of good friends.
B) friendships are highly unstable over the elementary and middle school years.
C) school-age children's friendships are less selective than those of preschoolers.
D) friendships are largely based on engaging in similar activities.
The __________ adds to the soft lines and shape of the skin.
A) epidermis
B) protodermis
C) dermis
D) hypodermis 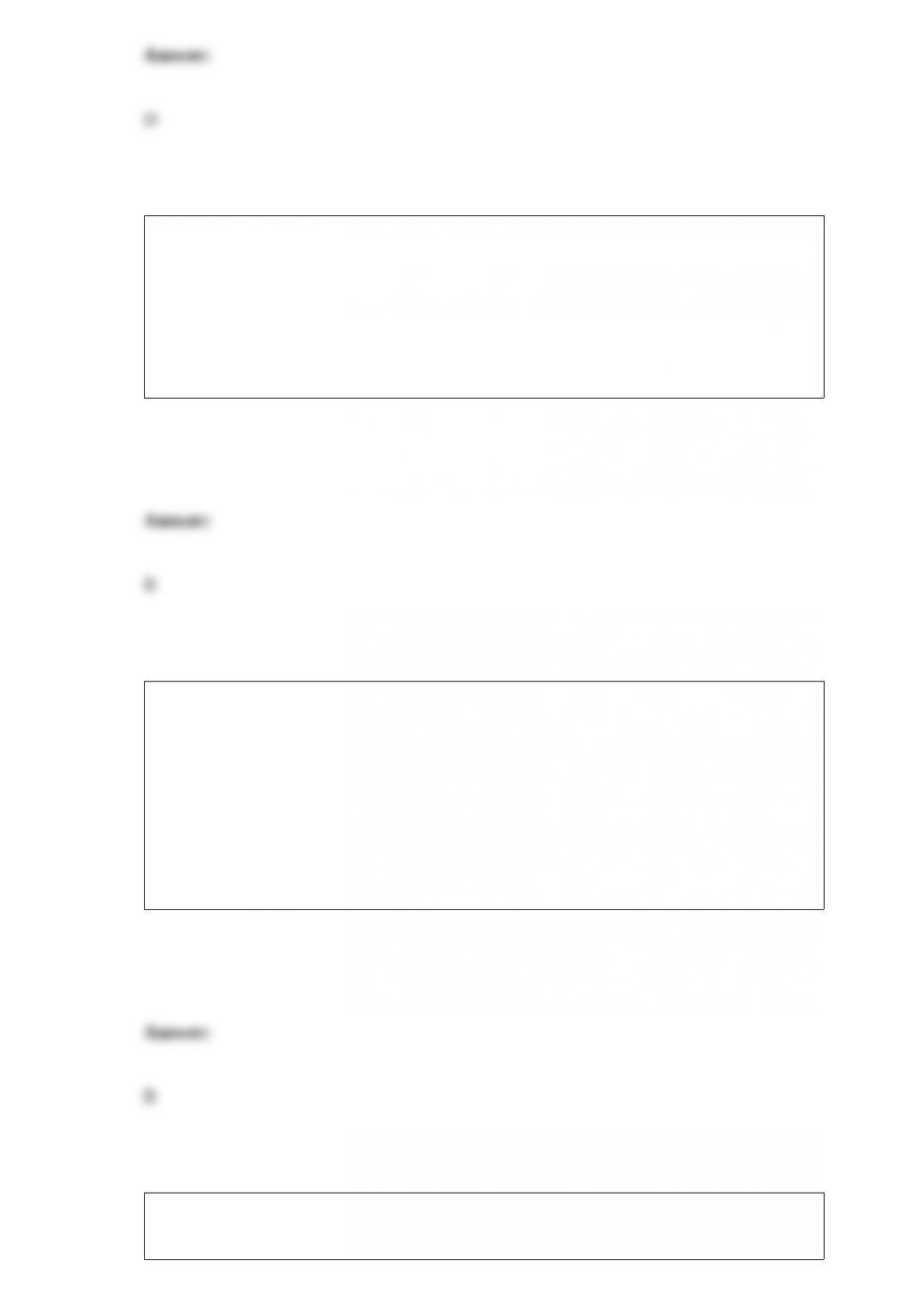 In an evaluation of its effectiveness, Healthy Families home visitation alone reduced
only neglect, not abuse. But adding __________ dramatically increased its impact.
A) access to quality health care
B) a cognitive component
C) clean and noncrowded living conditions
D) low-cost, high-quality child care
Research shows that declines in well-being following divorce are greatest for
A) noncustodial fathers.
B) mothers of young children.
C) mothers of children in middle childhood.
D) mothers of teens.
Despite their higher achievement, __________ often blame poor performance on
__________. 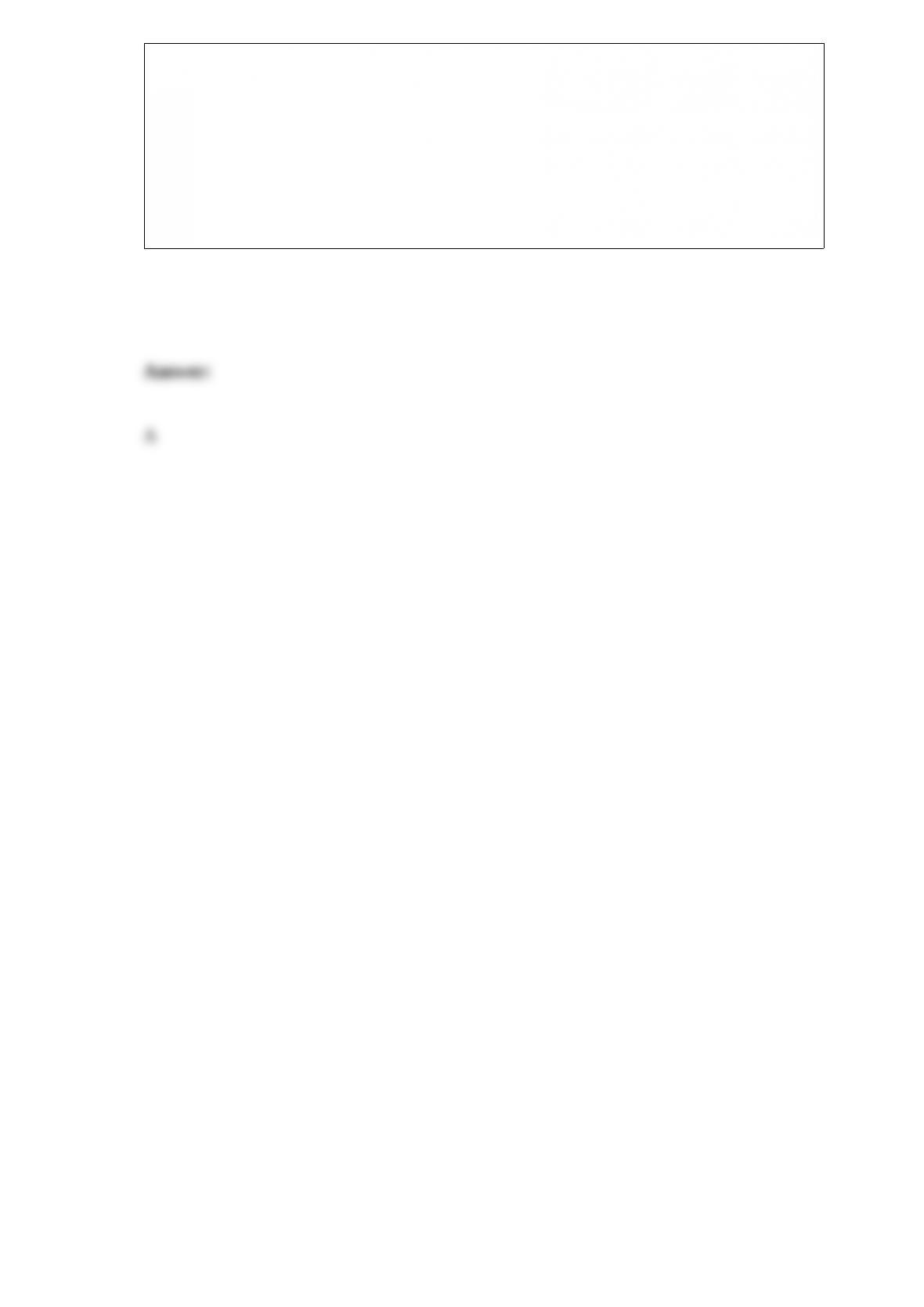