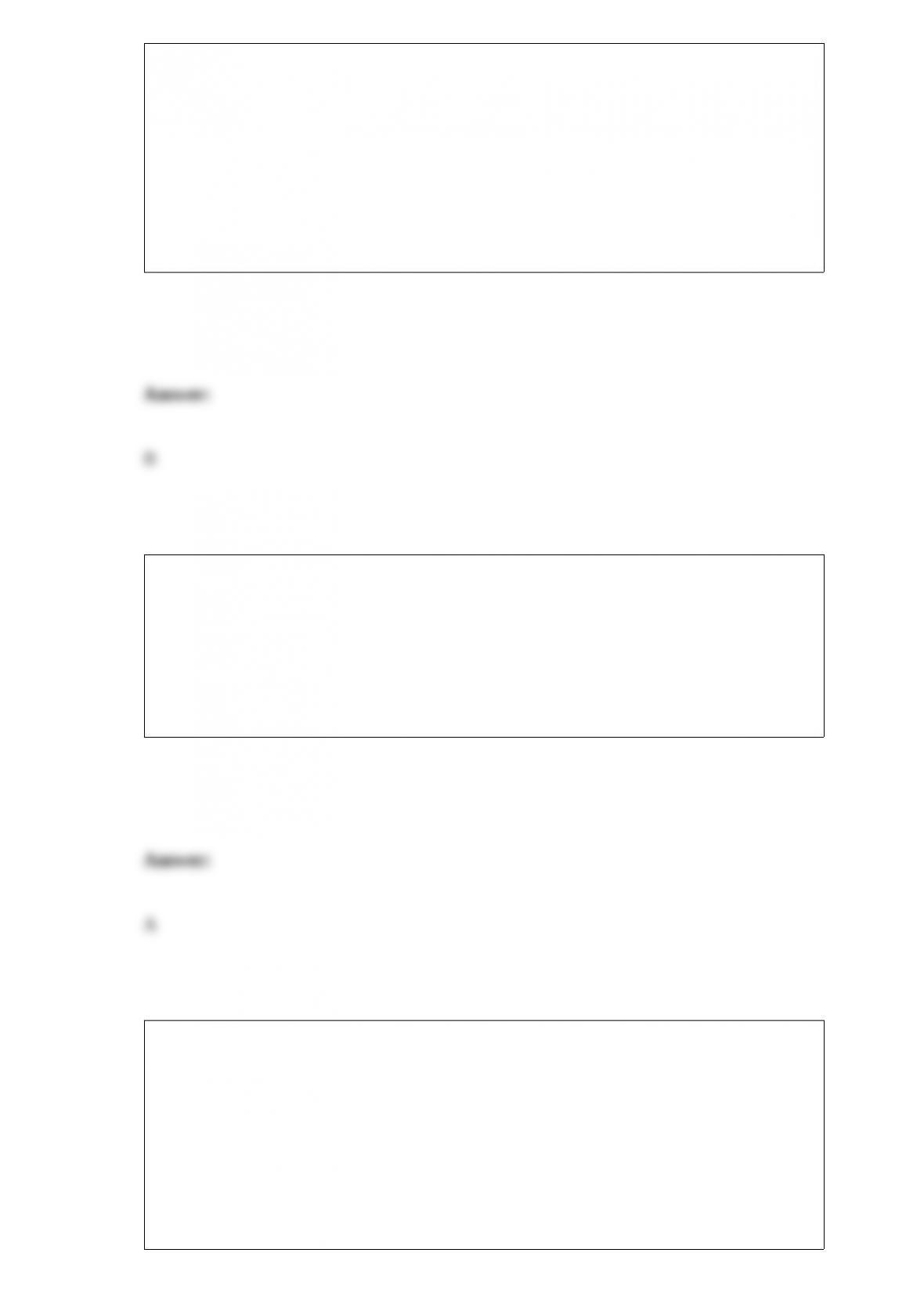 Which of the following statements about euthanasia in the Netherlands is true?
A) Euthanasia is most often performed with older, physically healthy patients who are
"weary of life."
B) Euthanasia is performed by over 50 percent of doctors, most often with cancer
patients.
C) Voluntary active euthanasia has decreased steadily over the past decade.
D) Euthanasia is no longer legal because assemblies do not have the right to legislate
intentional killing.
__________ originate in the bone marrow, mature in the thymus, and attack foreign
substances directly.
A) T cells
B) B cells
C) Telomeres
D) Antigens
An intelligence quotient (IQ)
A) is a more accurate predictor of intelligence than a developmental quotient.
B) rarely fluctuates between toddlerhood and adolescence.
C) is expressed as the ratio of an individual's chronological age to his or her mental age.
D) indicates the extent to which the raw score deviates from the typical performance of 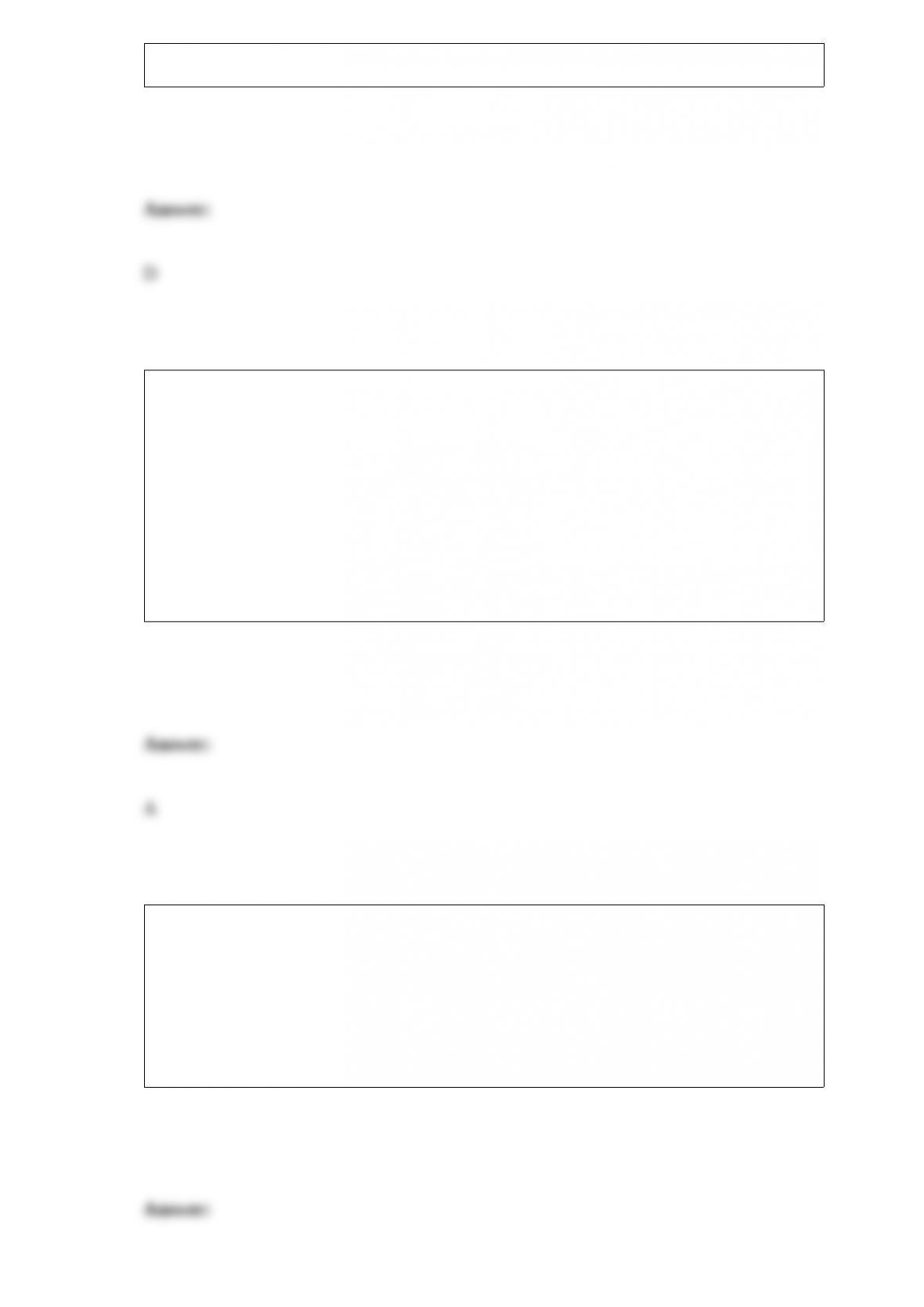 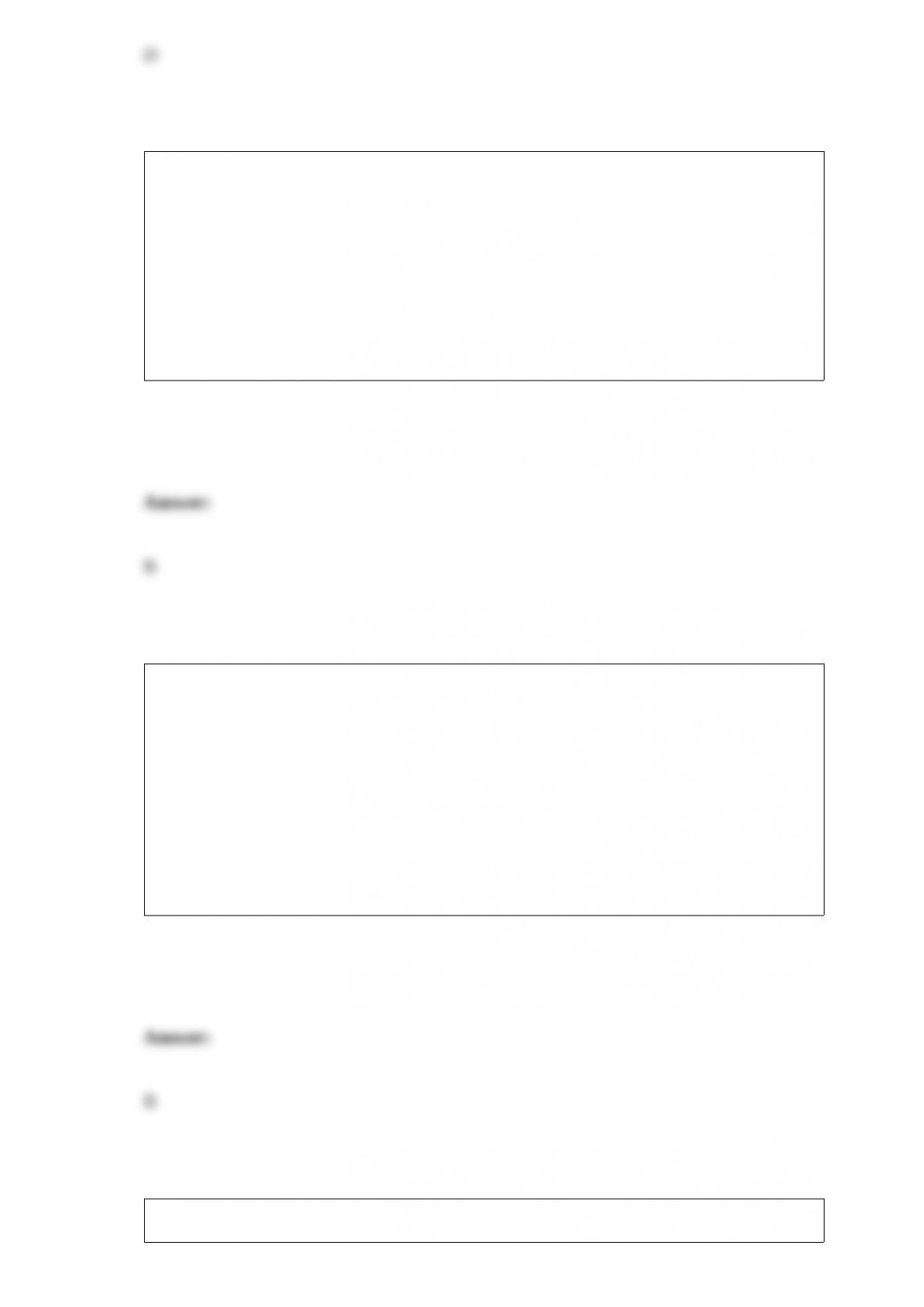 The first laughs occur in response to
A) nonsense words.
B) very active stimuli.
C) a game of peekaboo.
D) animals or toys.
Which of the following statements is supported by research on babbling?
A) Babies of different native languages differ widely in the range of early sounds that
they produce.
B) A deaf infant not exposed to sign language will stop babbling entirely.
C) Deaf infants do not start babbling until much later than hearing infants.
D) Deaf infants produce a range of early sounds similar to those of hearing infants. 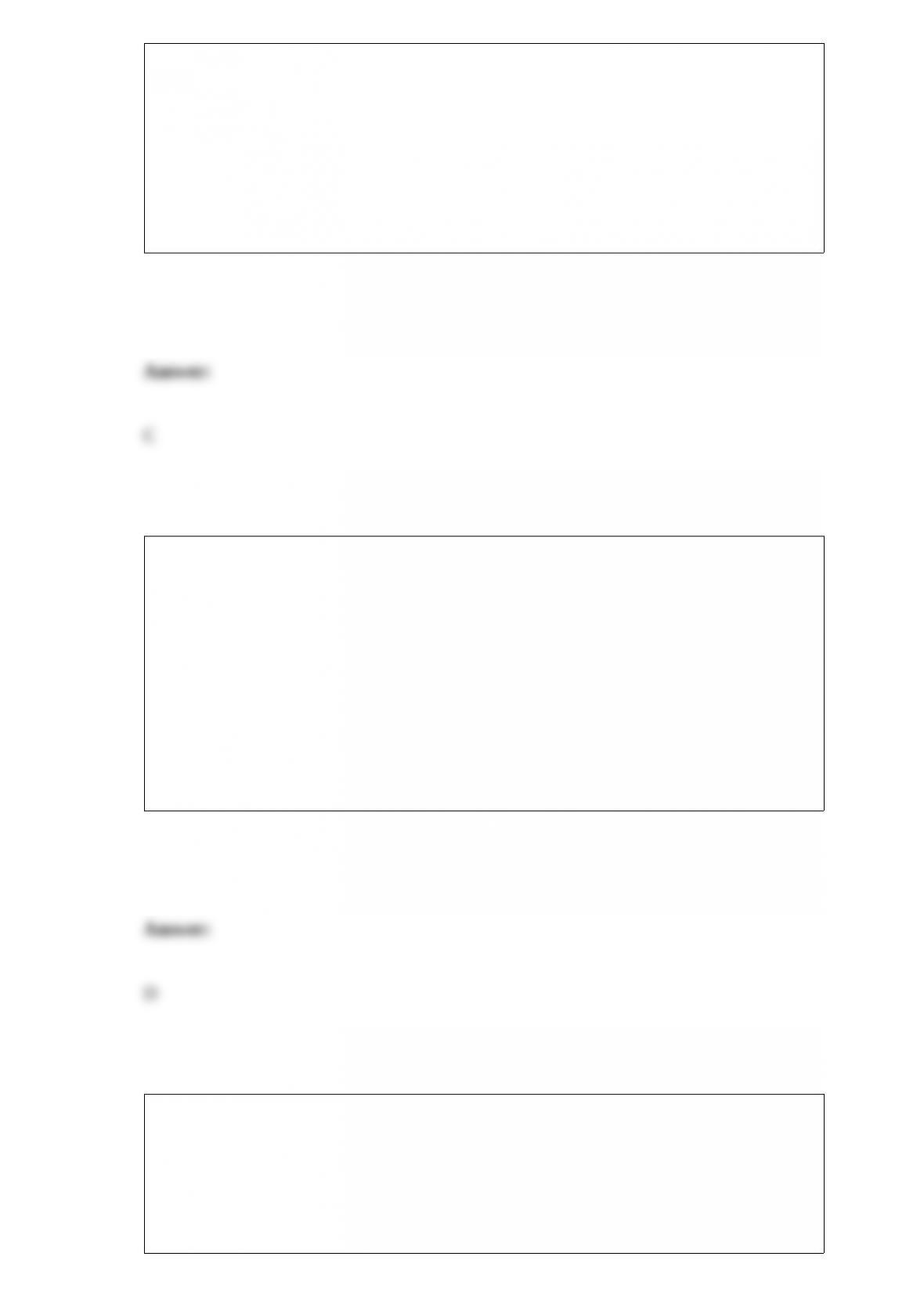 Carter, an 8-year-old African-American boy, is told by a researcher that certain verbal
tasks are "not a test." He is told that other verbal tasks are "a test of how good children
are at school problems." If Carter is aware of ethnic stereotypes, which of the following
is probably true?
A) He will perform better in the "test" condition.
B) He will perform similarly in both conditions.
C) He will perform far worse in the "test" condition.
D) He will answer the "test" questions, but refuse to answer the "not a test" questions.
The concept of __________ helps explain why pairs of identical twins reared apart
during childhood and later reunited may find that they have similar hobbies, food
preferences, and vocations.
A) passive gene"environment correlation
B) gene therapy
C) evocative gene"environment correlation
D) niche-picking
Age differences in __________ memory are much smaller than in __________
memory.
A) explicit; implicit
B) deliberate; implicit 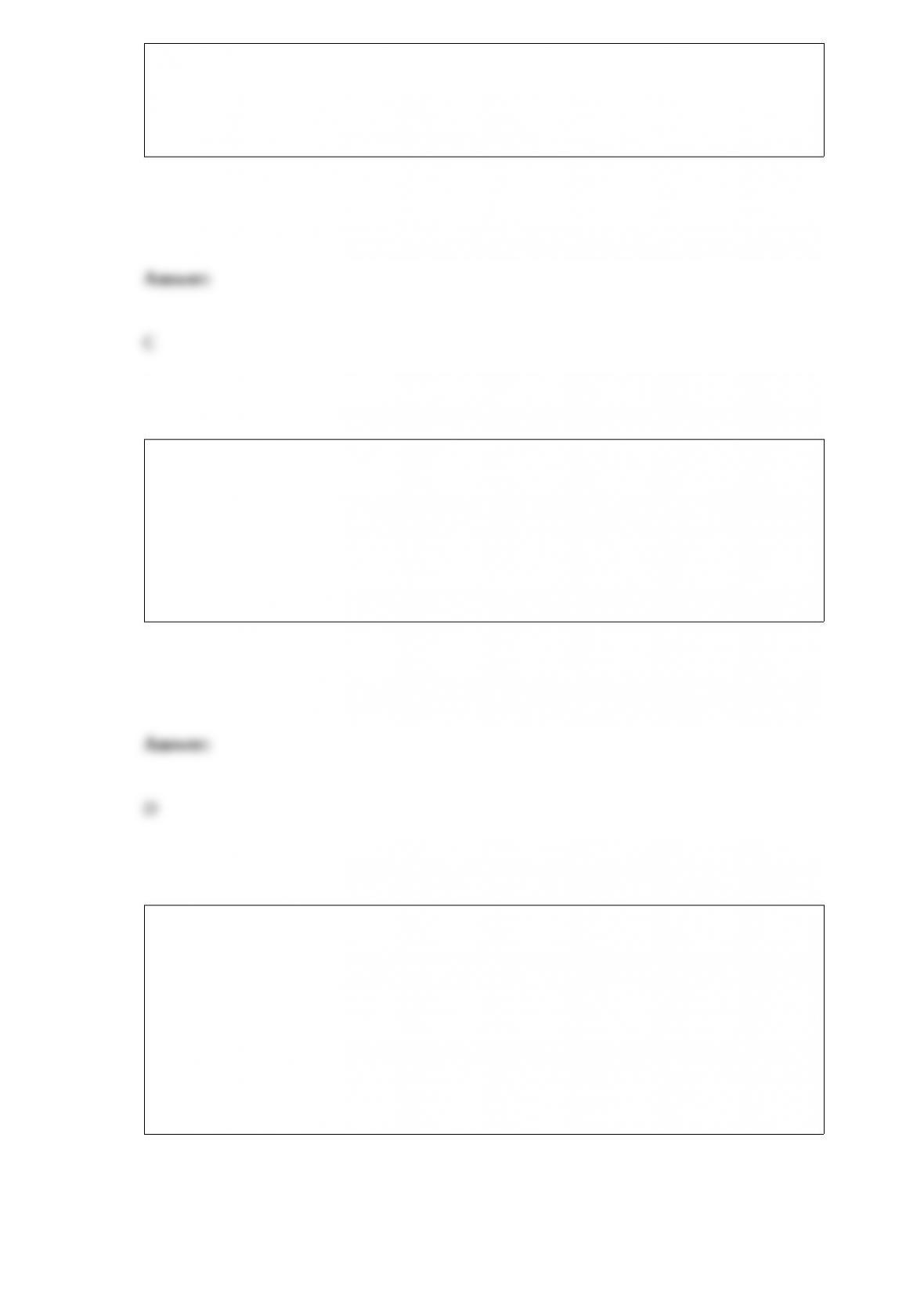 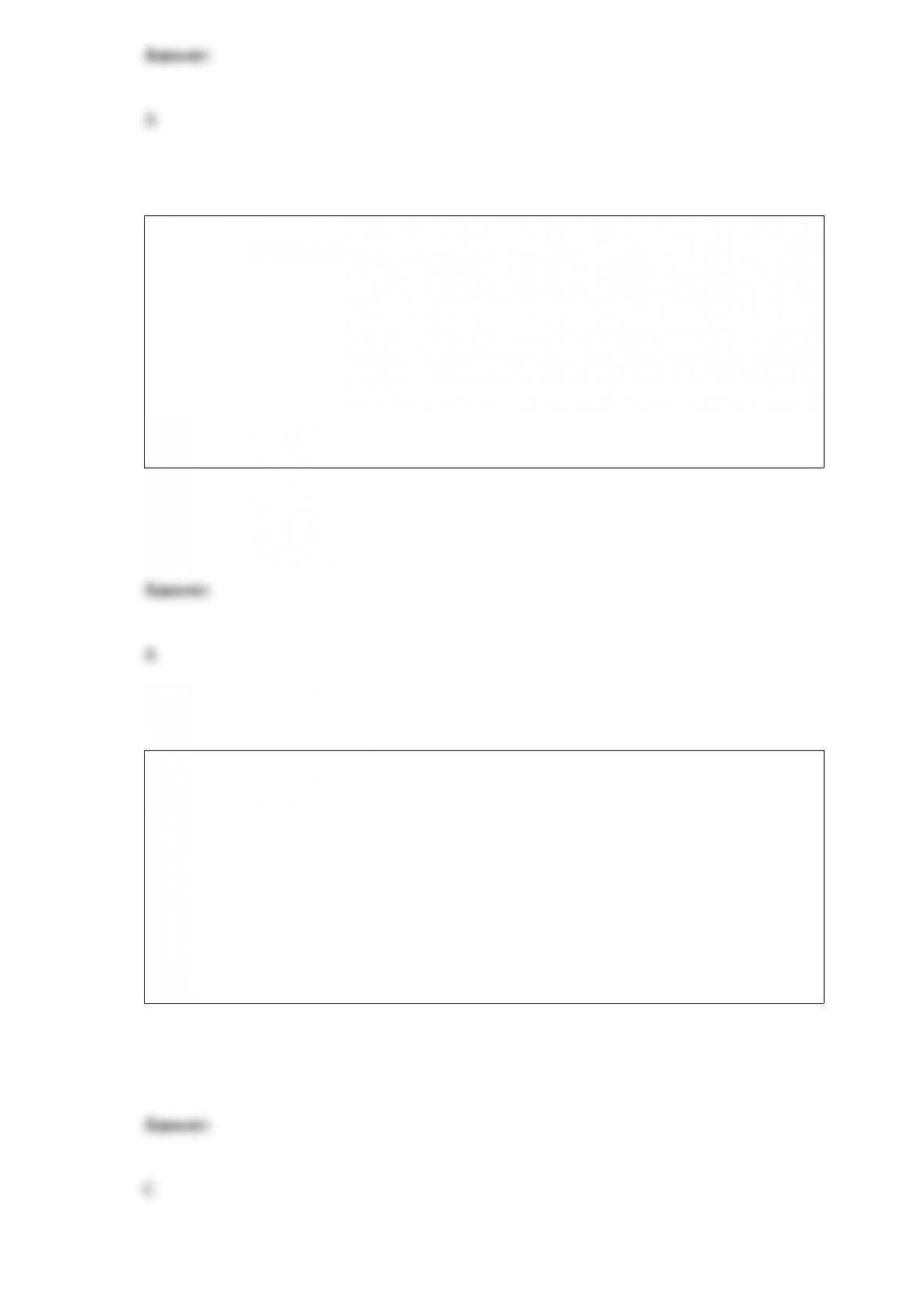 Eight-year-old Marcie is involved in community theater. She fantasizes about starring in
a Broadway musical. Marcie's desire to be an actress
A) will probably bear little relation to the vocational decisions that she will eventually
make.
B) will probably be actualized, because she has already committed to a career at such a
young age.
C) is atypical of most young children, who base their preferences on what jobs their
parents have.
D) is unrealistic because so few actresses are able to secure roles in Broadway musicals.
Research on bilingual education shows that
A) non-English-speaking minority children acquire English more easily in English-only
classrooms.
B) providing instruction in two languages prevents adequate proficiency in both
languages.
C) a strategy that promotes children's native-language skills while they learn English is
most effective for non-English-speaking minority children.
D) providing instruction in two languages hinders children's cognitive and linguistic
development. 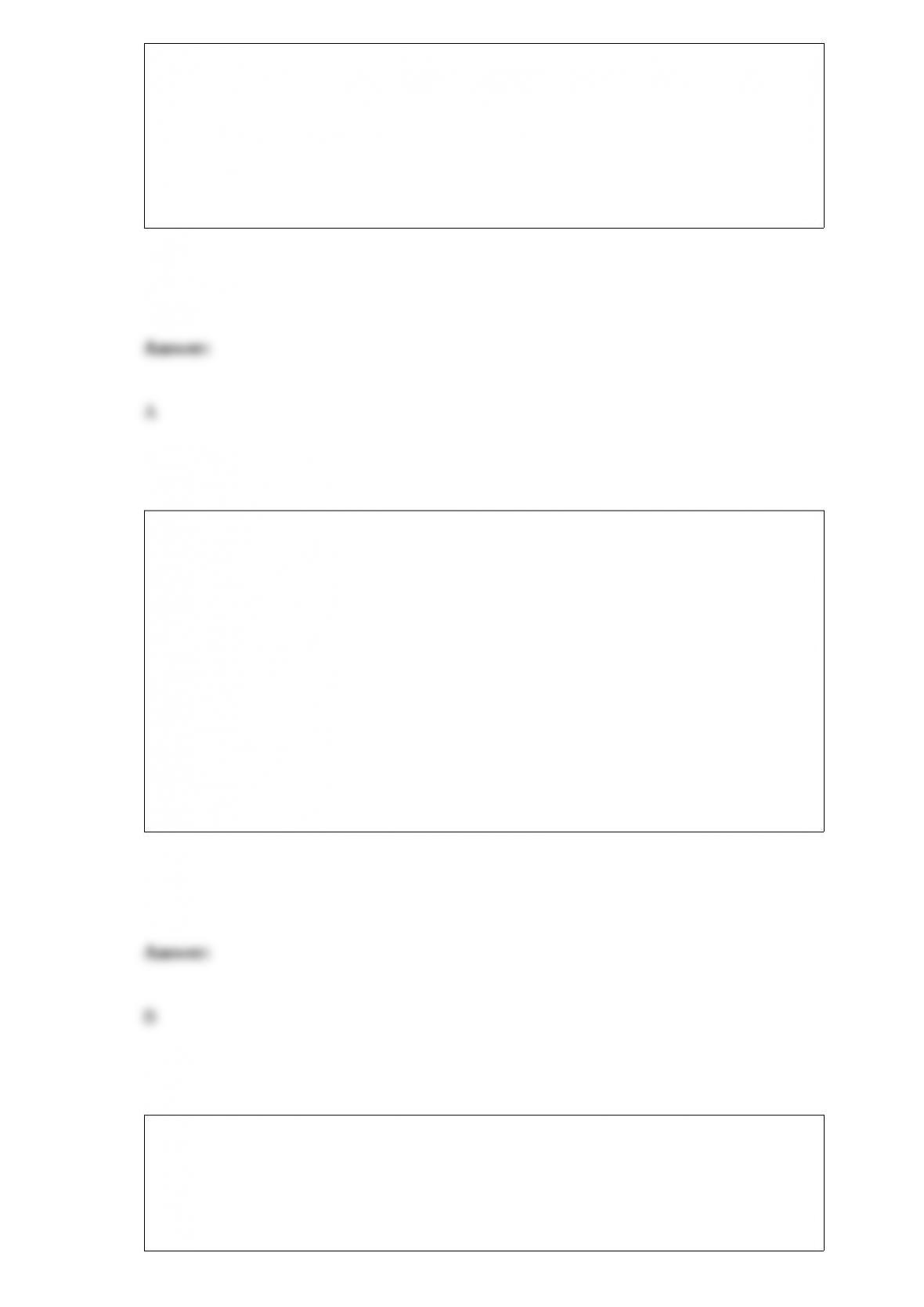 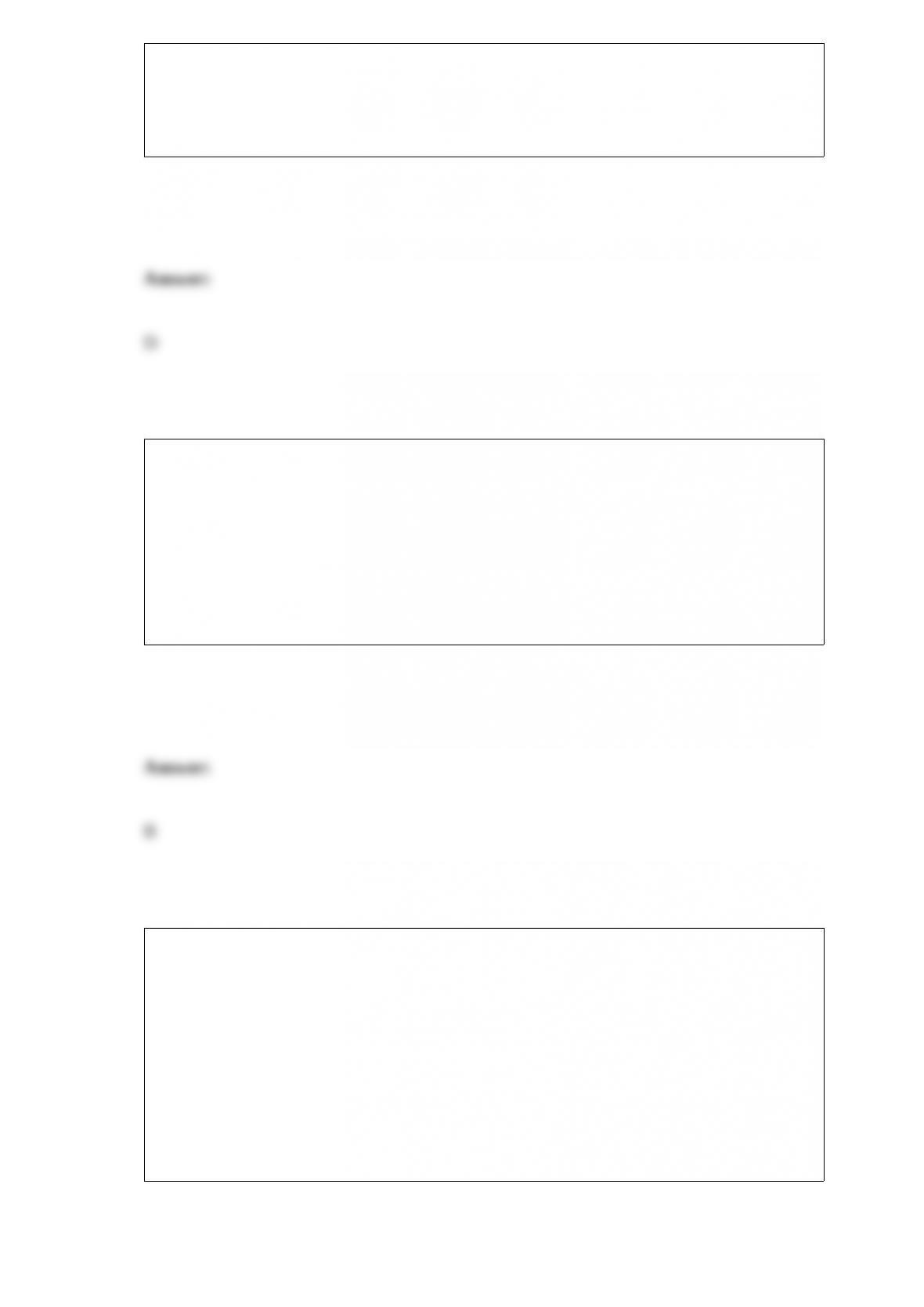 C) are alike; a carrier
D) differ; heterozygous
According to Kohlberg, mature moral thinkers
A) view moral understanding as merely academic and unrelated to moral action.
B) realize that behaving in line with their beliefs is vital for creating and maintaining a
just social world.
C) do not believe in a common justice morality and, thus, act less prosocially than
lower-stage adolescents.
D) tend to place greater weight on caring than on justice-based reasoning.
Which of the following statements is supported by research on recess?
A) Over half of U.S. schools no longer provide recess to students as young as second
grade.
B) Elementary school students are more attentive in the classroom after recess than
before it.
C) Elementary school students are less attentive in the classroom after recess than
before it.
D) In more than half of U.S. elementary schools, recess is scheduled several times each
day. 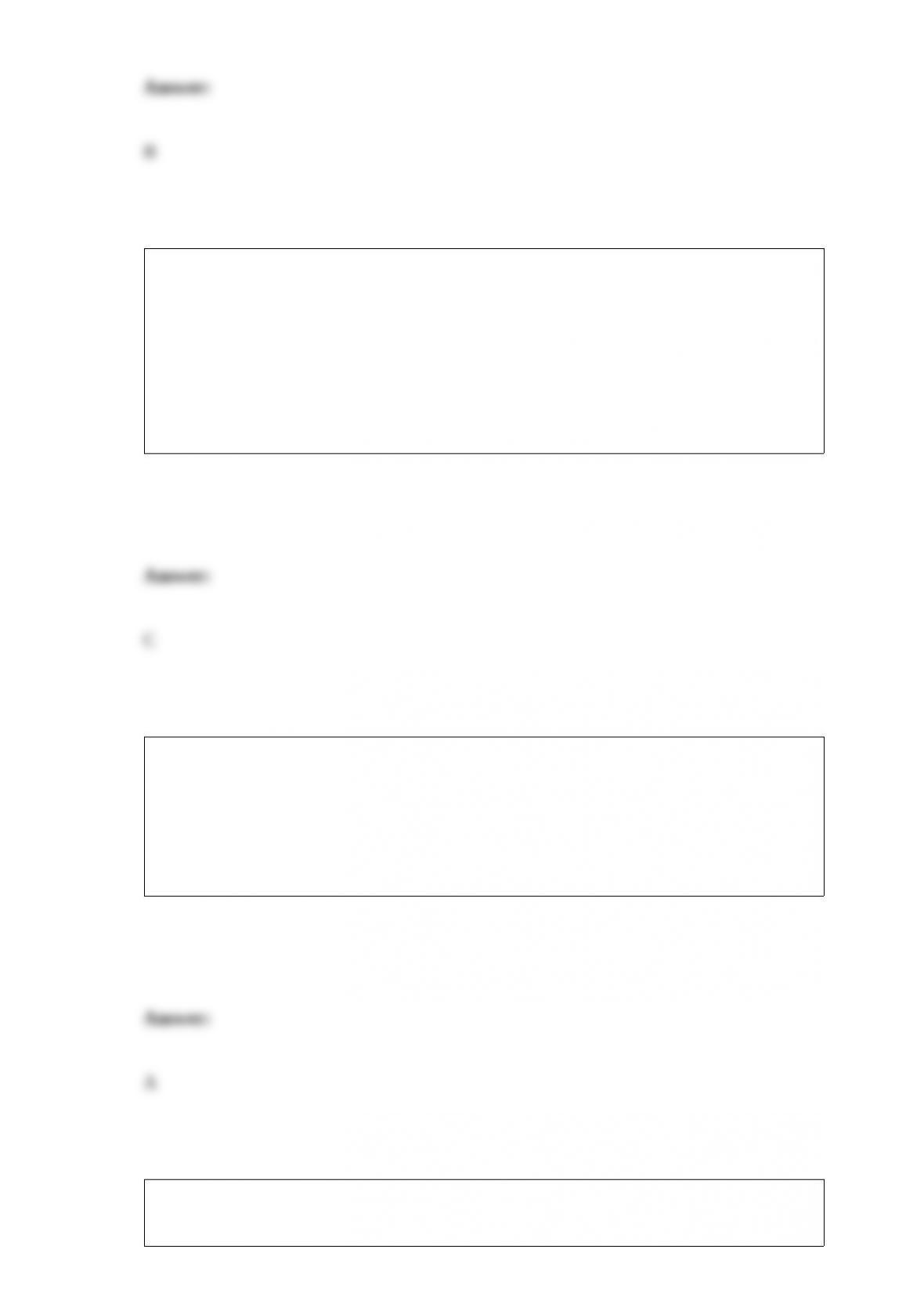 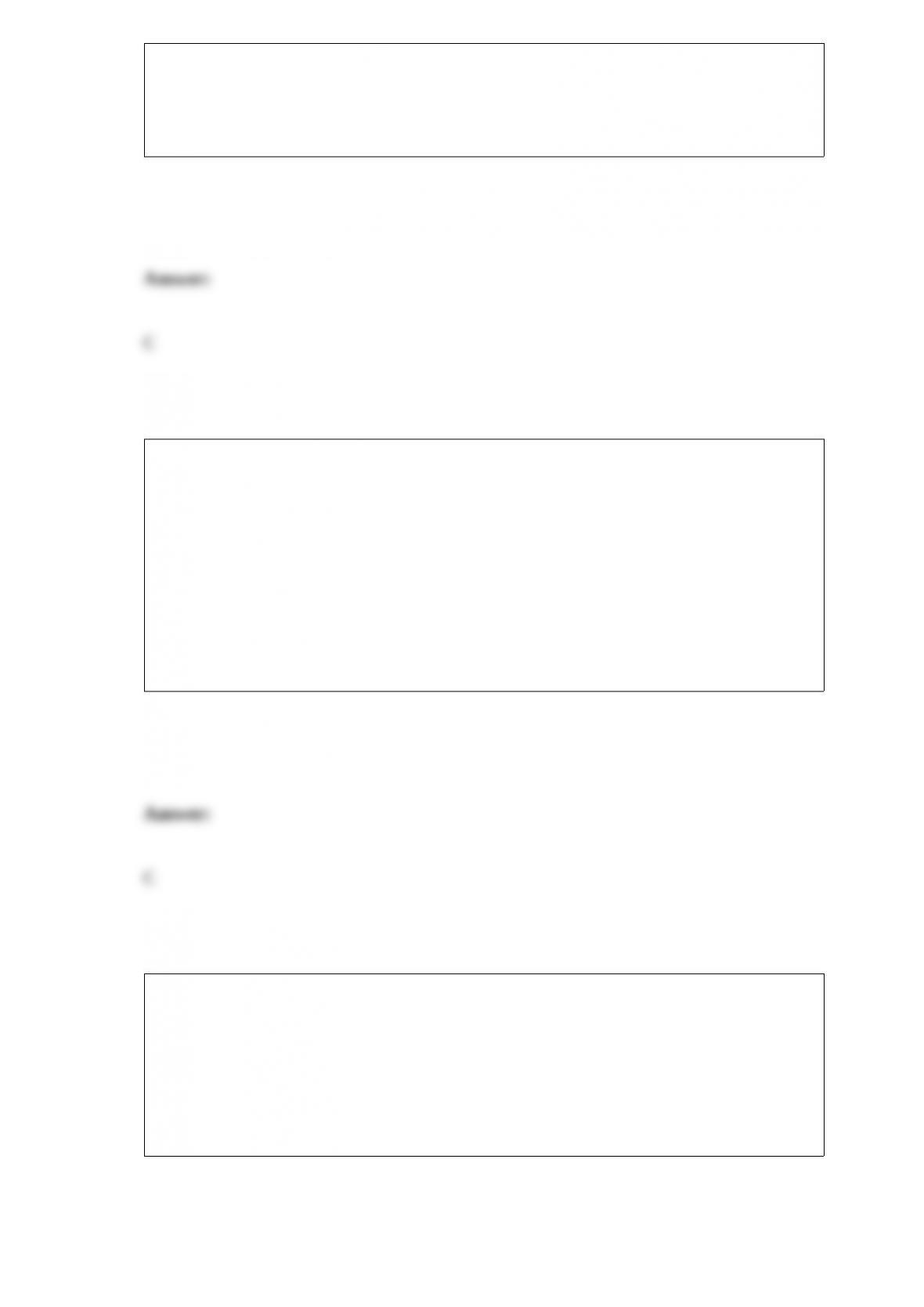 A) sedentary adults.
B) women in their childbearing years.
C) competitive athletes.
D) men in their mid-to-late thirties.
Many studies show that __________ are ahead of __________ in early vocabulary
growth.
A) boys; girls
B) shy toddlers; outgoing toddlers
C) girls; boys
D) low-SES children; high-SES children
Nathan is shown a picture of a male nurse. Later, when asked to describe the occupation
of the person in the picture, Nathan remembers him as a doctor. Nathan
A) does not yet have a well-developed gender schema.
B) is not using his gender-salience filter.
C) is a gender-aschematic child.
D) is a gender-schematic child. 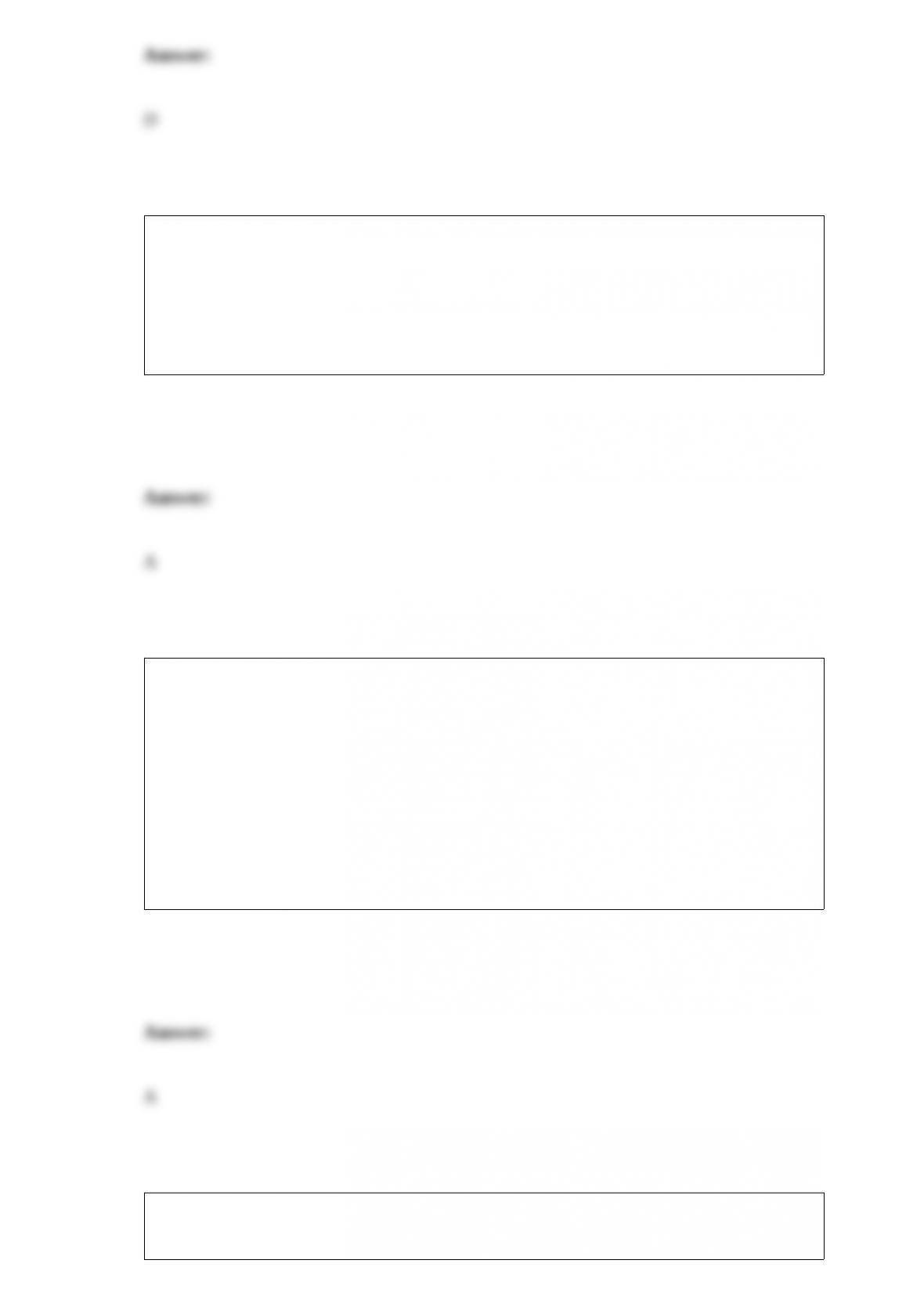 and heart disease is to
A) develop effective ways of handling stress and conflict.
B) learn how to suppress their hostility.
C) force themselves to take an extended vacation.
D) ruminate about past anger-provoking events.
__________ refers to a gradual reduction in the strength of a response due to repetitive
stimulation.
A) Imitation
B) Recovery
C) Habituation
D) Reinforcement
After meeting through friends, the most common way to meet a partner is
A) on the Internet.
B) at school events.
C) at work.
D) at church. 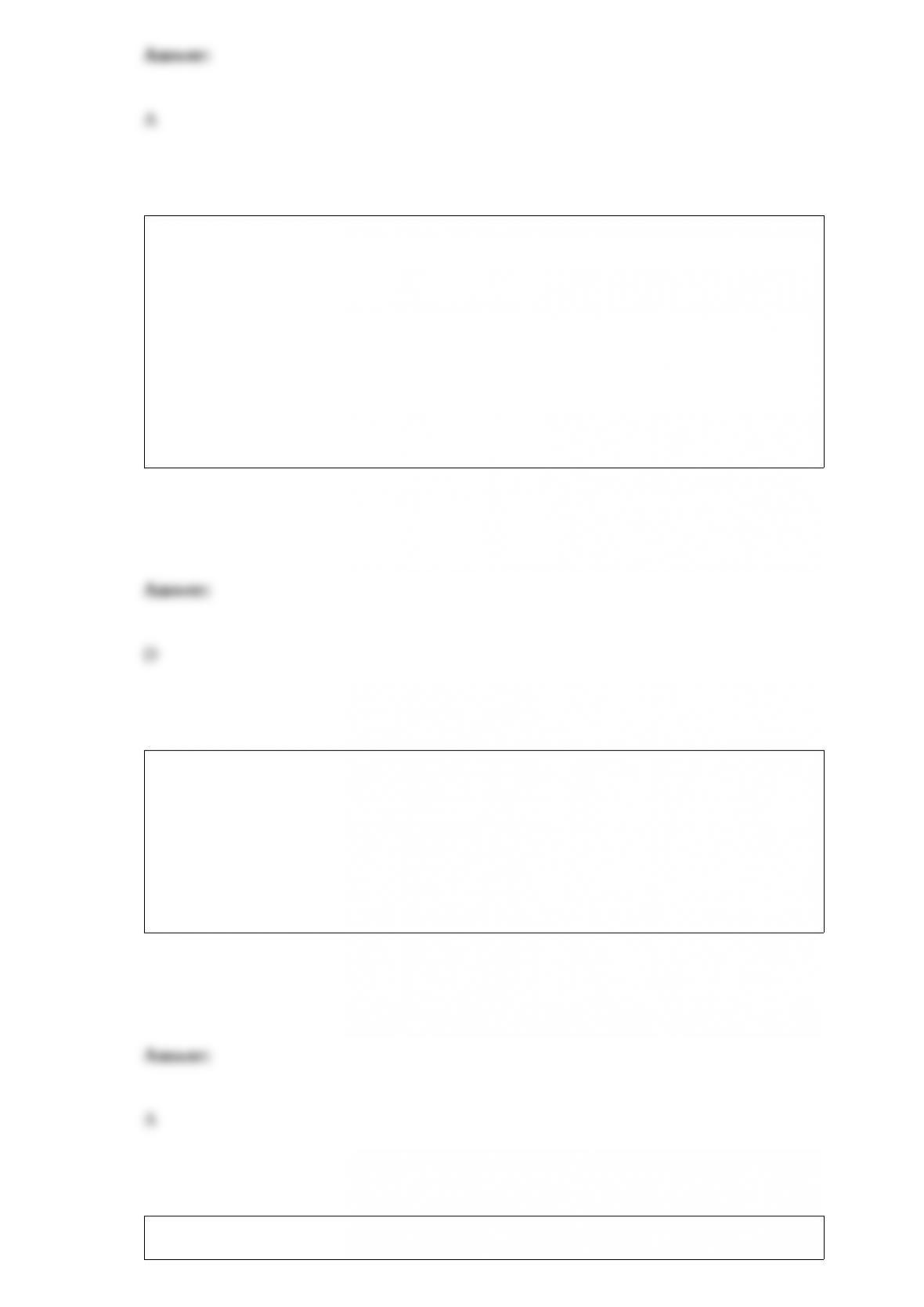 Which of the following statements about overextension is true?
A) It is a common error used when children apply words too narrowly.
B) As vocabulary and pronunciation improve, overextensions increase.
C) Children overextend because they have difficulty categorizing objects.
D) Children often overextend deliberately because they have difficulty recalling or have
not acquired a suitable word.
Adolescents who __________ tend to be in a state of moratorium or identity
achievement.
A) feel attached to their parents but also free to voice their own opinions
B) have close bonds with their parents but lack opportunities for healthy separation
C) do not experience warm, open communication with their parents
D) have permissive or uninvolved parents
Joan Erikson speculated that success in attaining gerotranscendence is apparent in 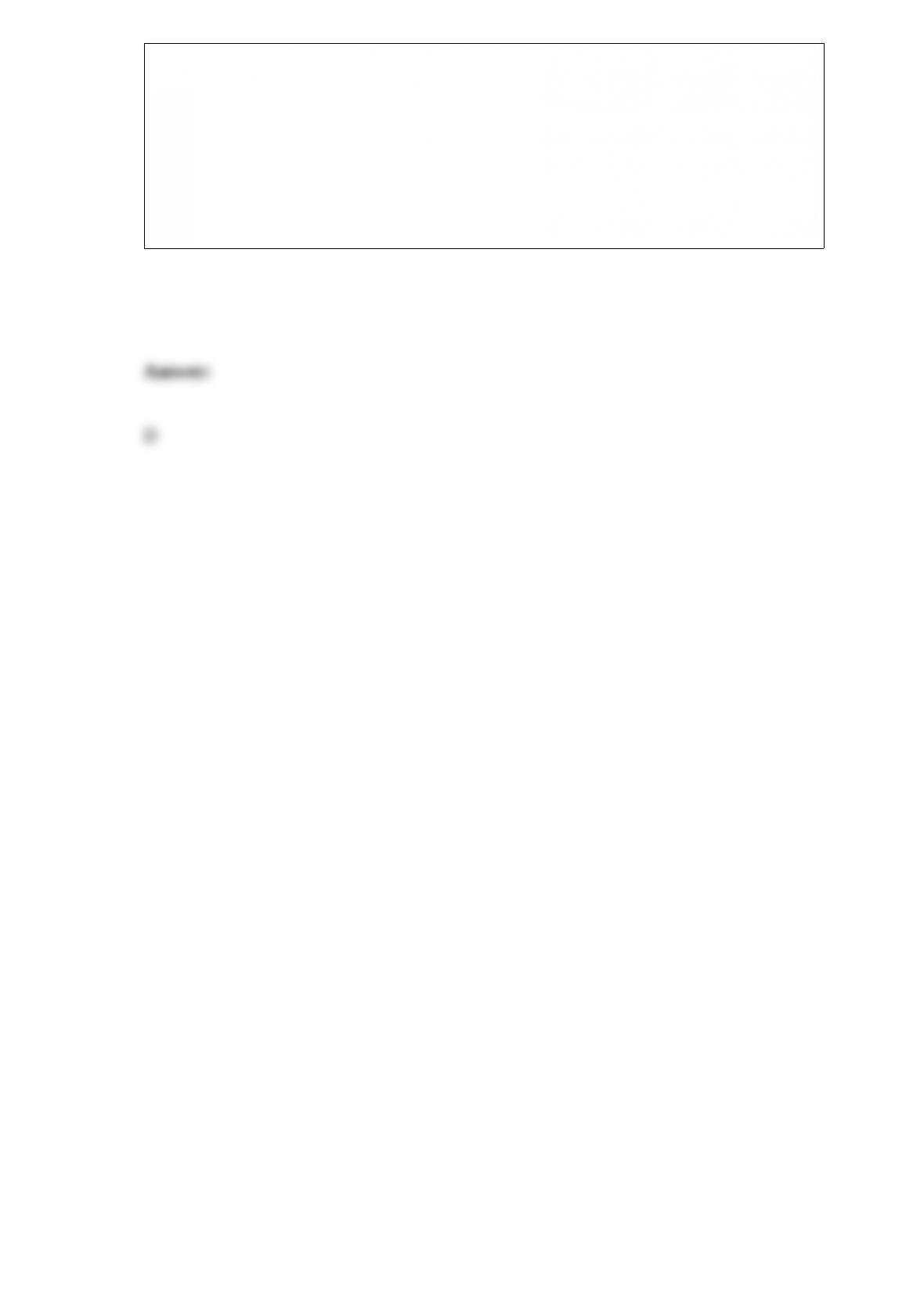