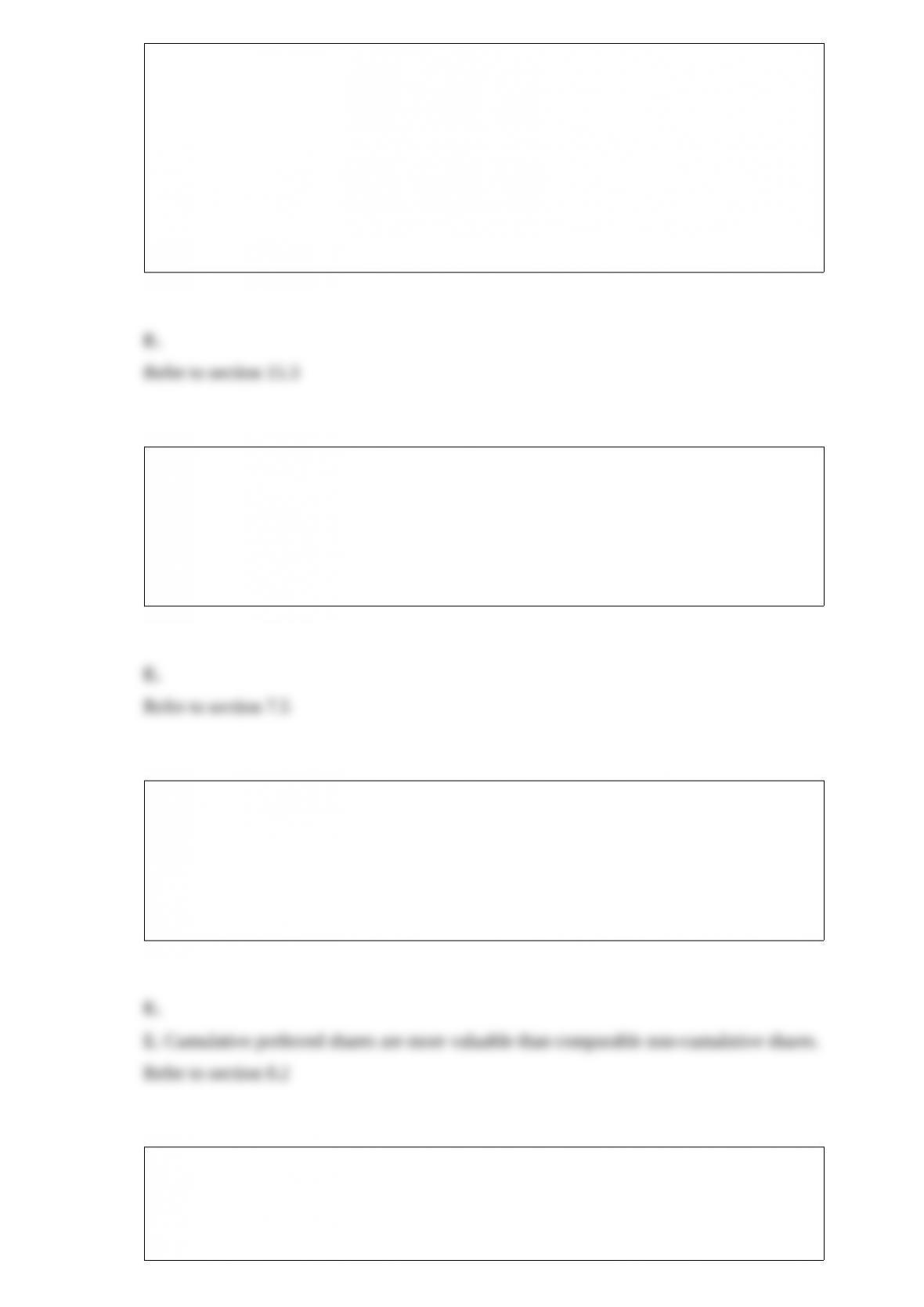 Soup Galore is a partnership that was formed three years ago for the purpose of
creating, producing, and distributing healthy soups in a dried form. The firm has been
extremely successful thus far and has decided to incorporate and offer shares of stock to
the general public. What is this type of an equity offering called?
A. venture capital offering
B. shelf offering
C. private placement
D. seasoned equity offering
E. initial public offering
A U.S. Treasury bond that is quoted at 100:11 is selling:
A. for 11 percent more than par value.
B. at an 11 percent discount.
C. for 100.11 percent of face value.
D. at par and pays an 11 percent coupon.
E. for 100 and 11/32nds percent of face value.
Which one of these statements related to preferred stock is correct?
A. Preferred shareholders normally receive one vote per share of stock owned.
B. Preferred shareholders determine the outcome of any election that involves a proxy
fight.
C. Preferred shareholders are considered to be the residual owners of a corporation.
D. Preferred stock normally has a stated liquidating value of $1,000 per share.
You expect to receive $9,000 at graduation in 2 years. You plan on investing this money
at 10 percent until you have $60,000. How many years will it be until this occurs?
A. 18.78 years
B. 19.96 years 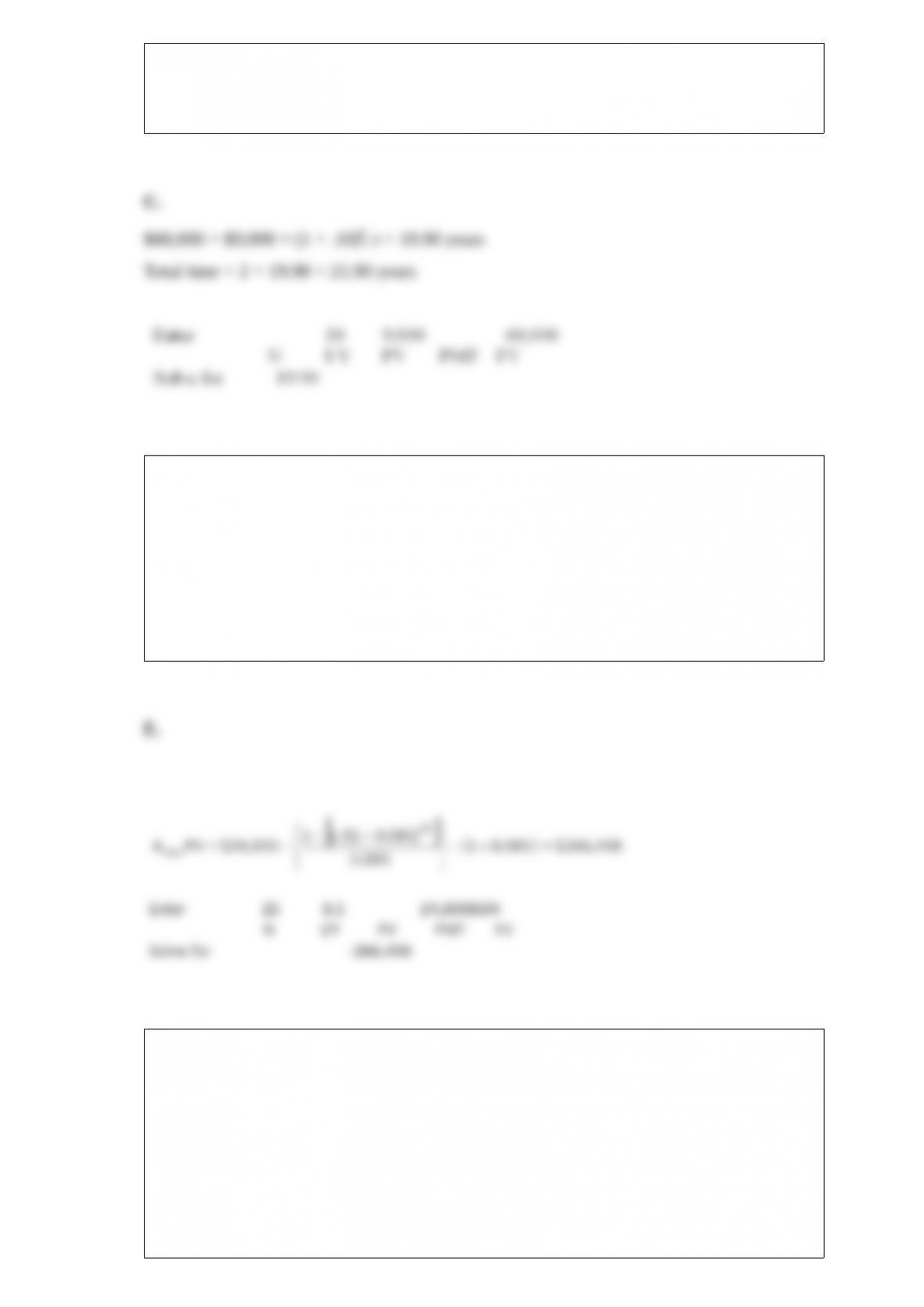 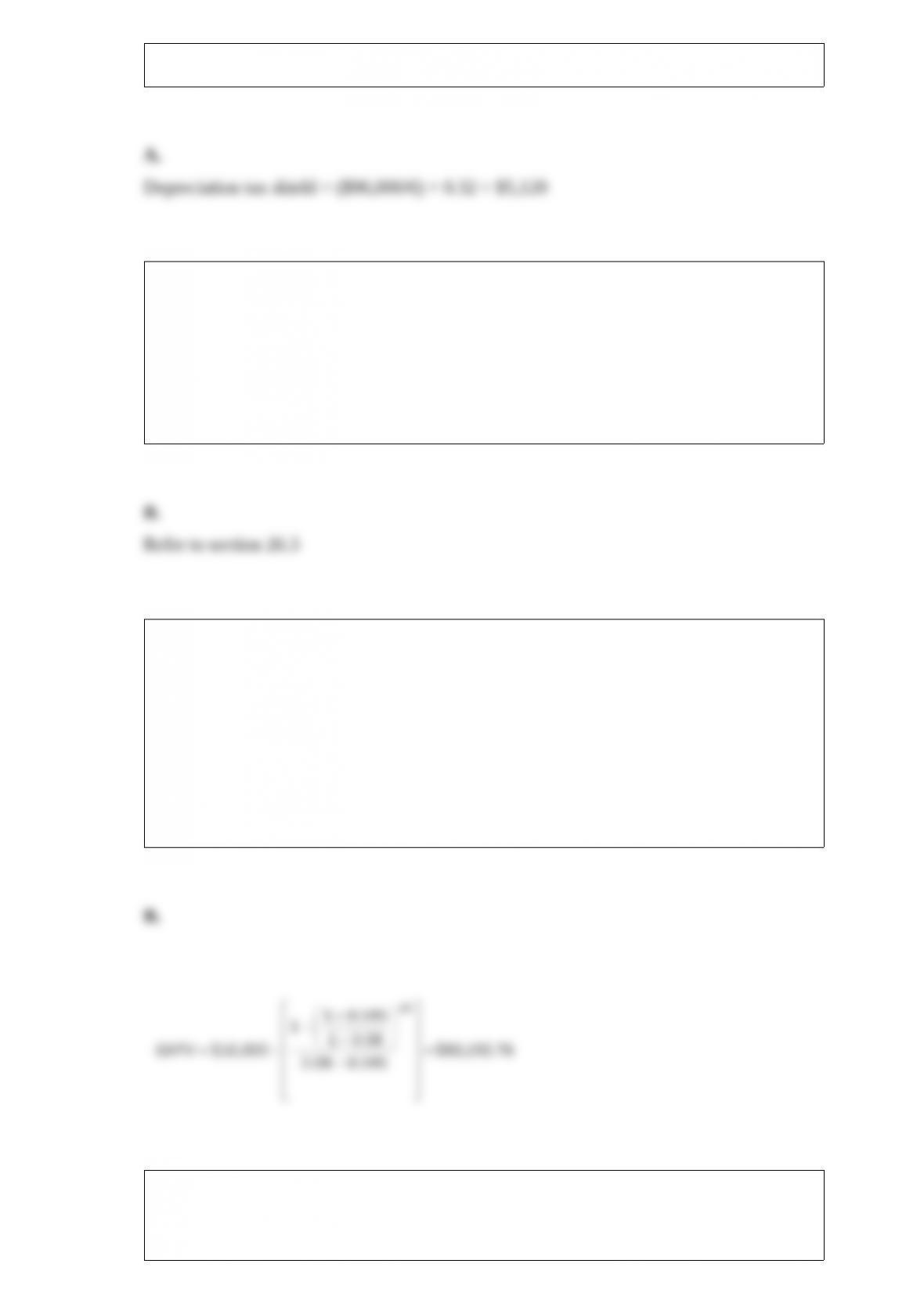 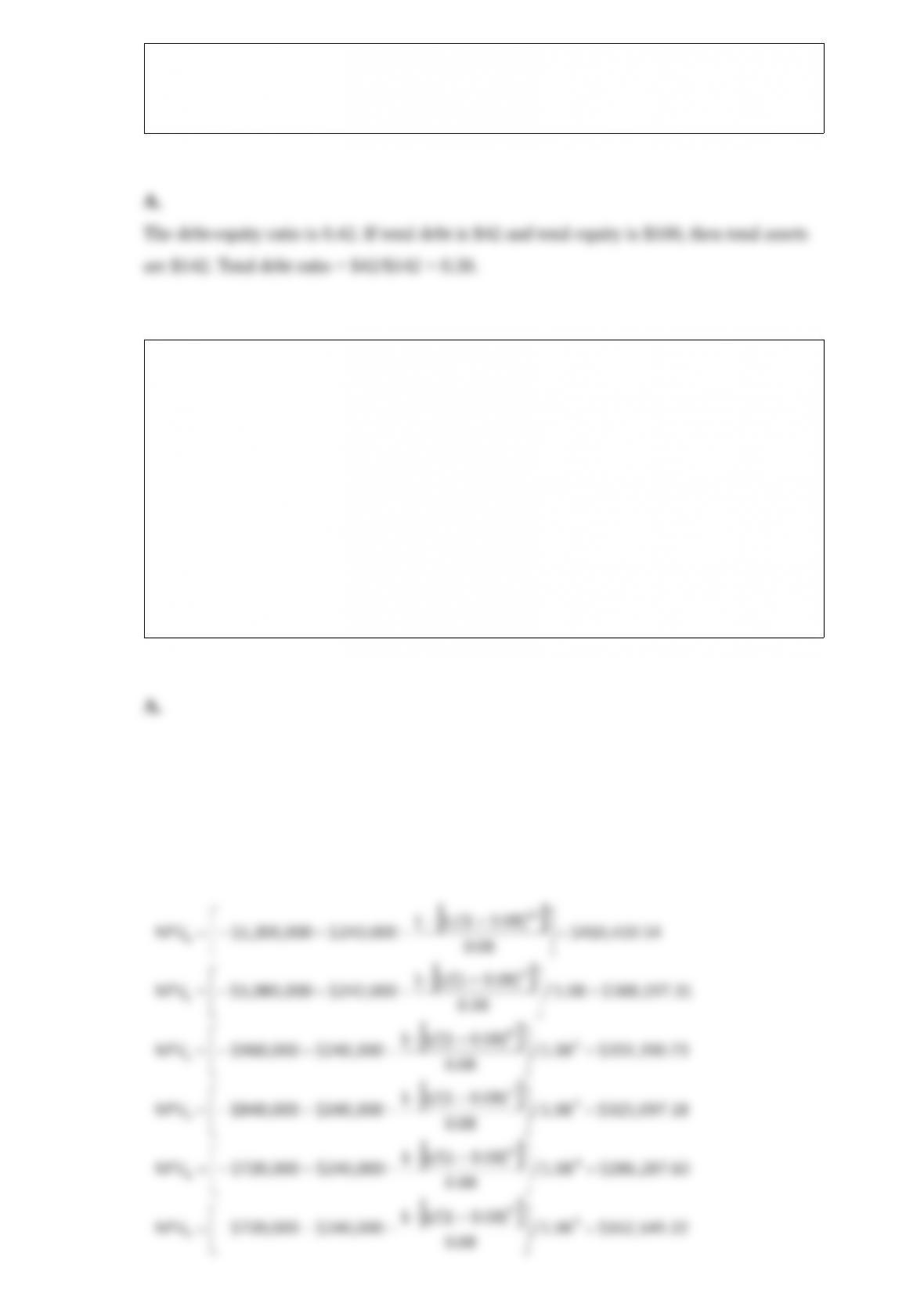 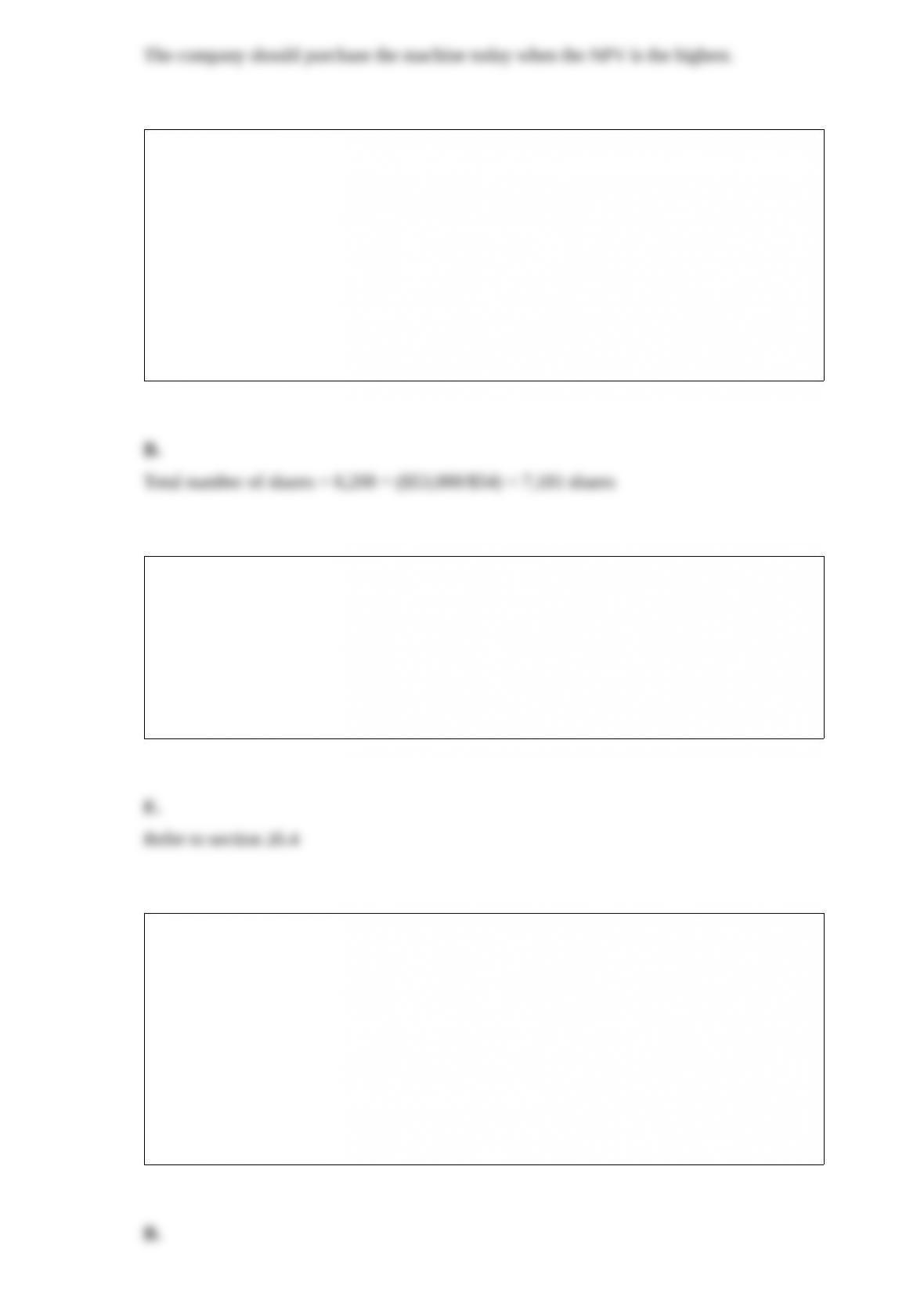 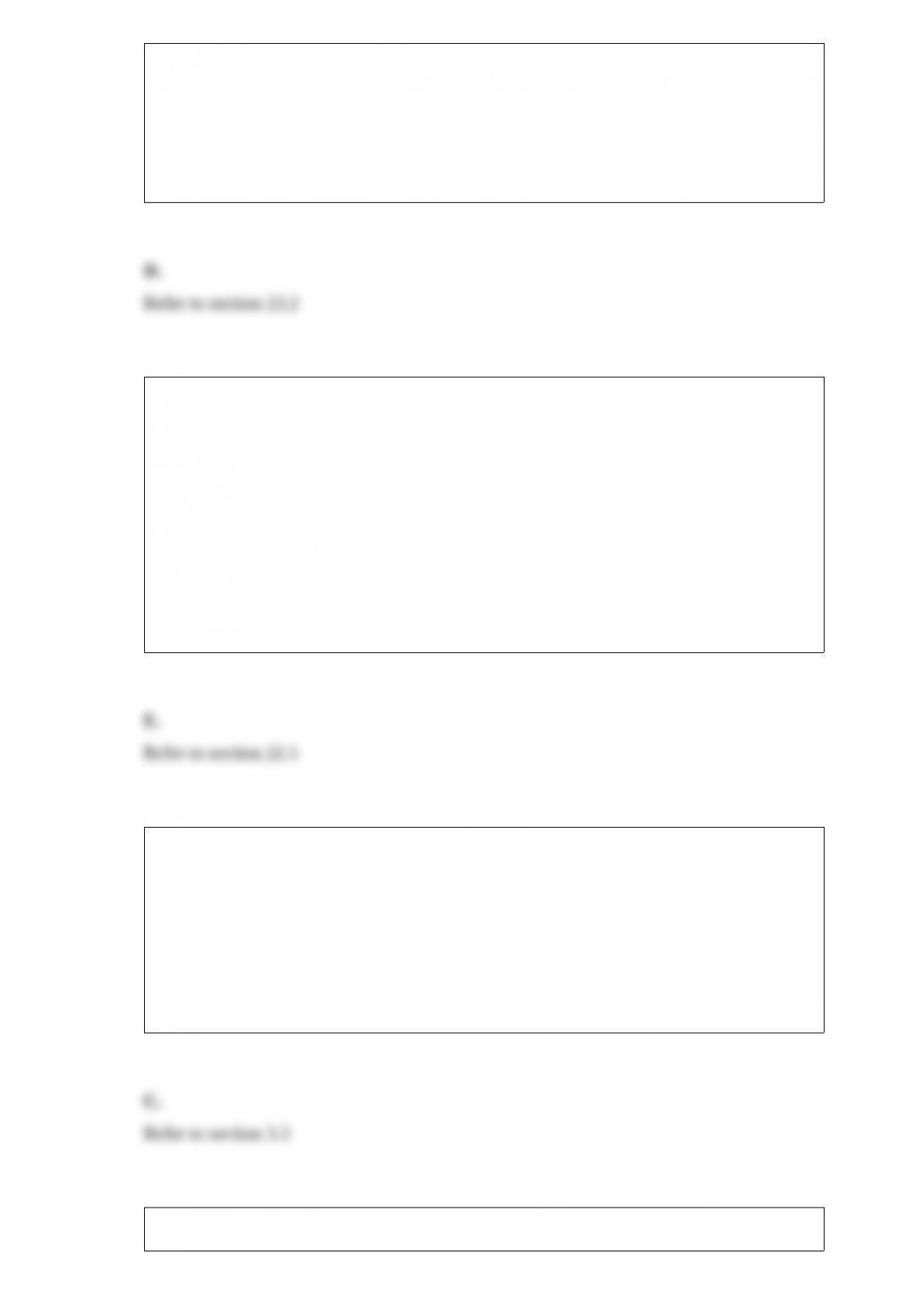 Long-run financial risk:
A. can frequently be hedged on a permanent basis.
B. is best hedged on a division by division basis within a conglomerate.
C. is related more to near-term transactions than to advancements in technology.
D. generally results from changes in the underlying economics of a business.
E. can generally be hedged such that the financial viability of a firm is protected.
Amy is the chief financial officer of a retail toy store. Recently, she decided that the
firm should expand its operations and open two additional stores. Within a very brief
period, it was obvious that Amy had made a very bad decision in opening those stores,
given that the economy is in the middle of a severe recession. In reflecting back on her
decision, Amy realizes that she made a bad decision due to a reasoning error. Which
one of the following areas of study best applies to this situation?
A. corporate ethics
B. financial statement analysis
C. managerial finance
D. debt management
E. behavioral finance
Jasper United had sales of $21,000 in 2008 and $24,000 in 2009. The firm's current
accounts remained constant. Given this information, which one of the following
statements must be true?
A. The total asset turnover rate increased.
B. The days' sales in receivables increased.
C. The net working capital turnover rate increased.
D. The fixed asset turnover decreased.
E. The receivables turnover rate decreased.
What is the price of a put option given the following information? 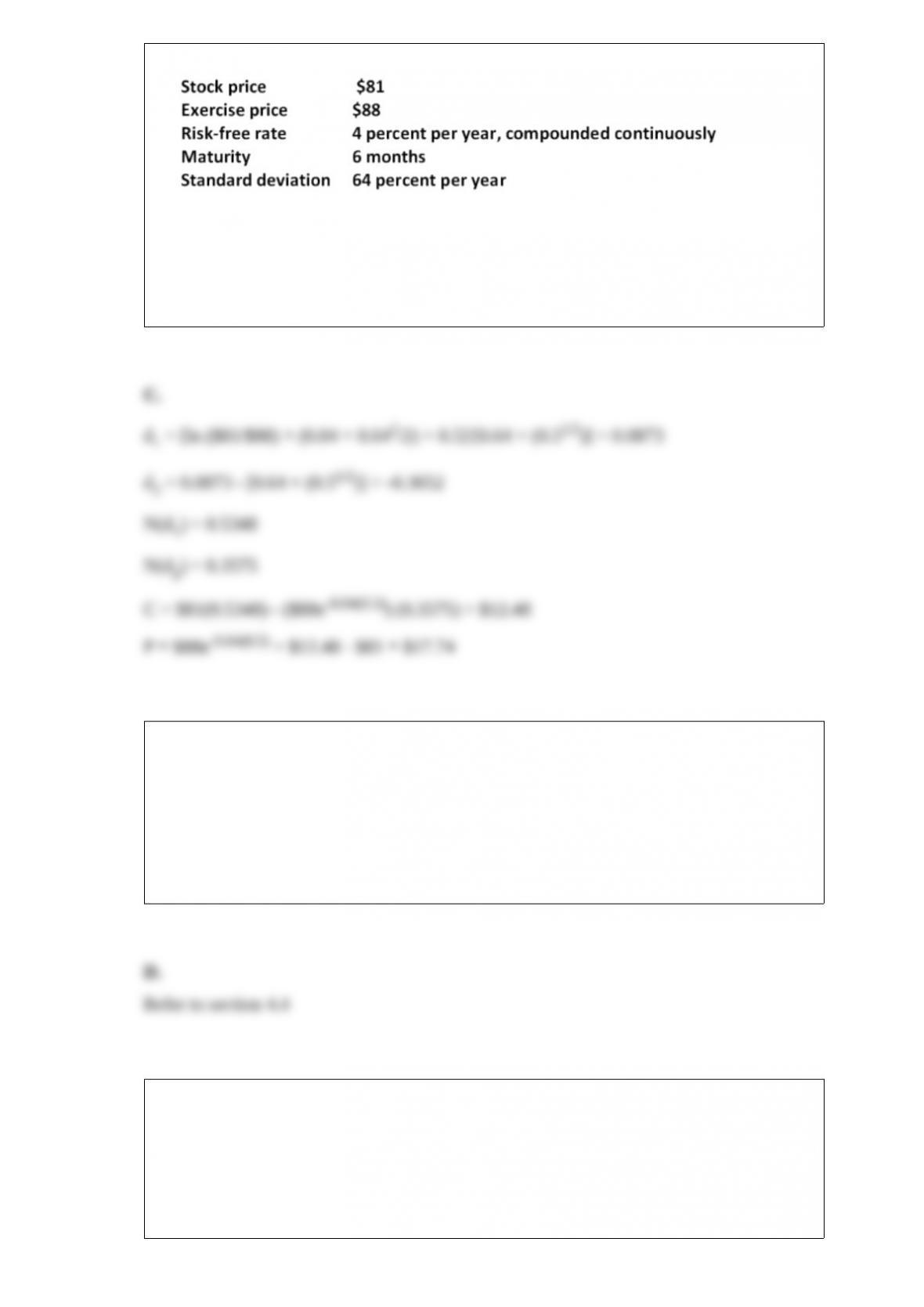 A. $16.57
B. $16.83
C. $17.74
D. $18.47
E. $19.02
Which one of the following will increase the maximum rate of growth a corporation can
achieve?
A. avoidance of external equity financing
B. increase in corporate tax rates
C. reduction in the retention ratio
D. decrease in the dividend payout ratio
E. decrease in sales given a positive profit margin
Which one of the following is an example of systematic risk?
A. investors panic causing security prices around the globe to fall precipitously
B. a flood washes away a firm's warehouse
C. a city imposes an additional one percent sales tax on all products
D. a toymaker has to recall its top-selling toy
E. corn prices increase due to increased demand for alternative fuels 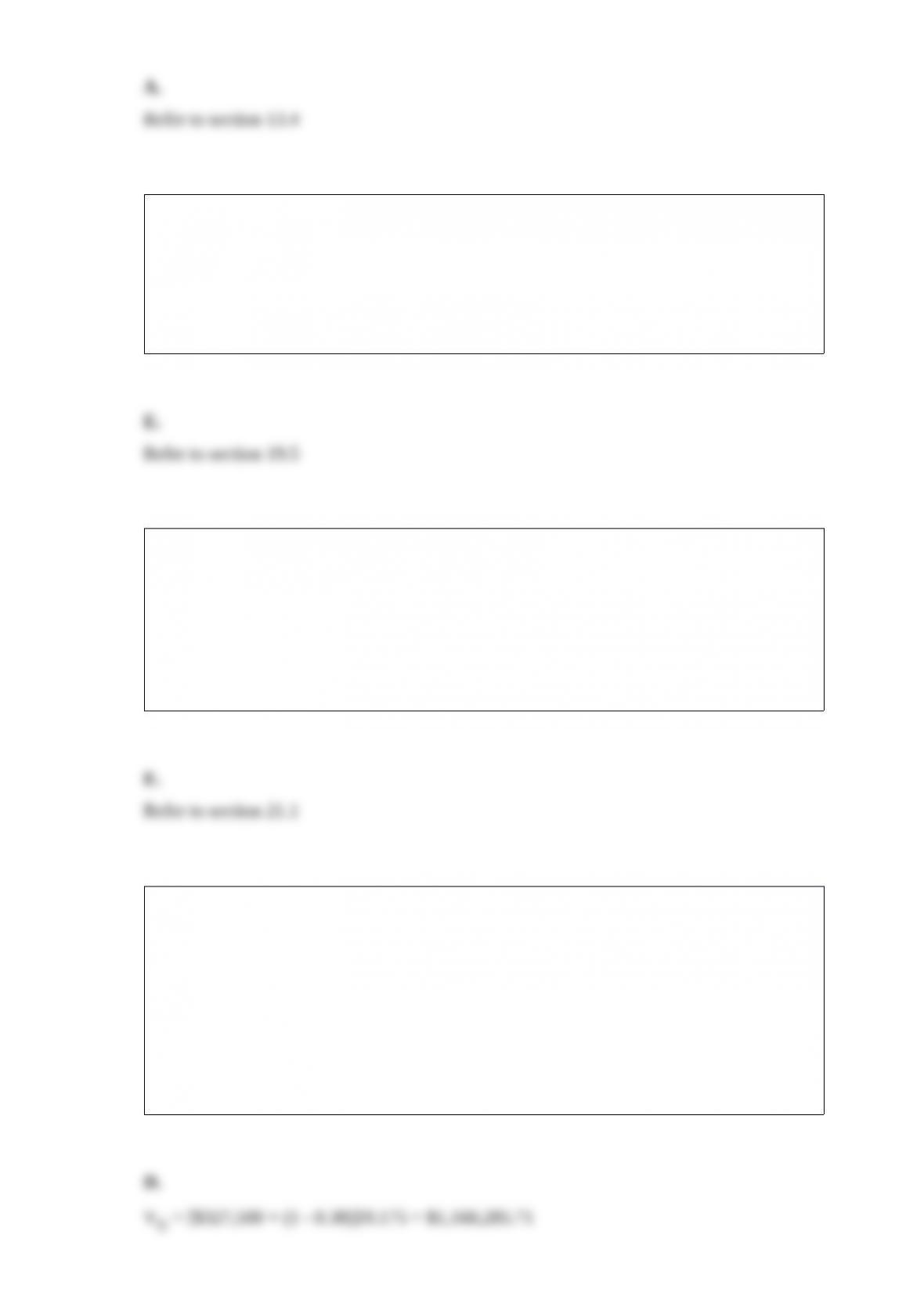 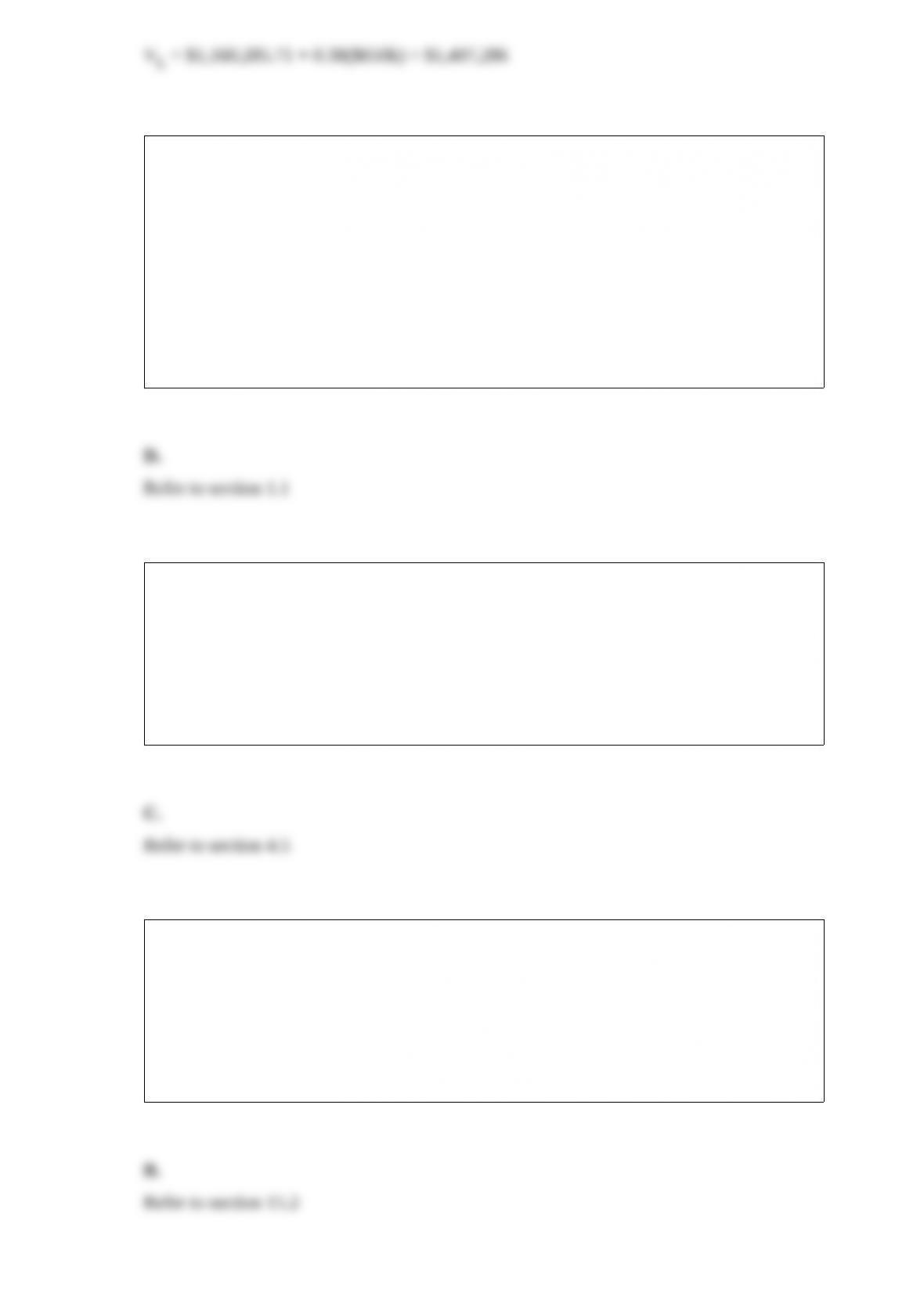 Which of the following accounts are included in working capital management?
I. accounts payable
II. accounts receivable
III. fixed assets
IV. inventory
A. I and II only
B. I and III only
C. II and IV only
D. I, II, and IV only
E. II, III, and IV only
The financial planning process tends to place the least emphasis on which one of the
following?
A. growth limitations
B. capacity utilization
C. market value of a firm
D. capital structure of a firm
E. dividend policy
Advertisements in a financial newspaper announcing a public offering of securities,
along with a list of the investment banks handling the offering, are called:
A. red herrings.
B. tombstones.
C. Green Shoes.
D. registration statements.
E. cash offers. 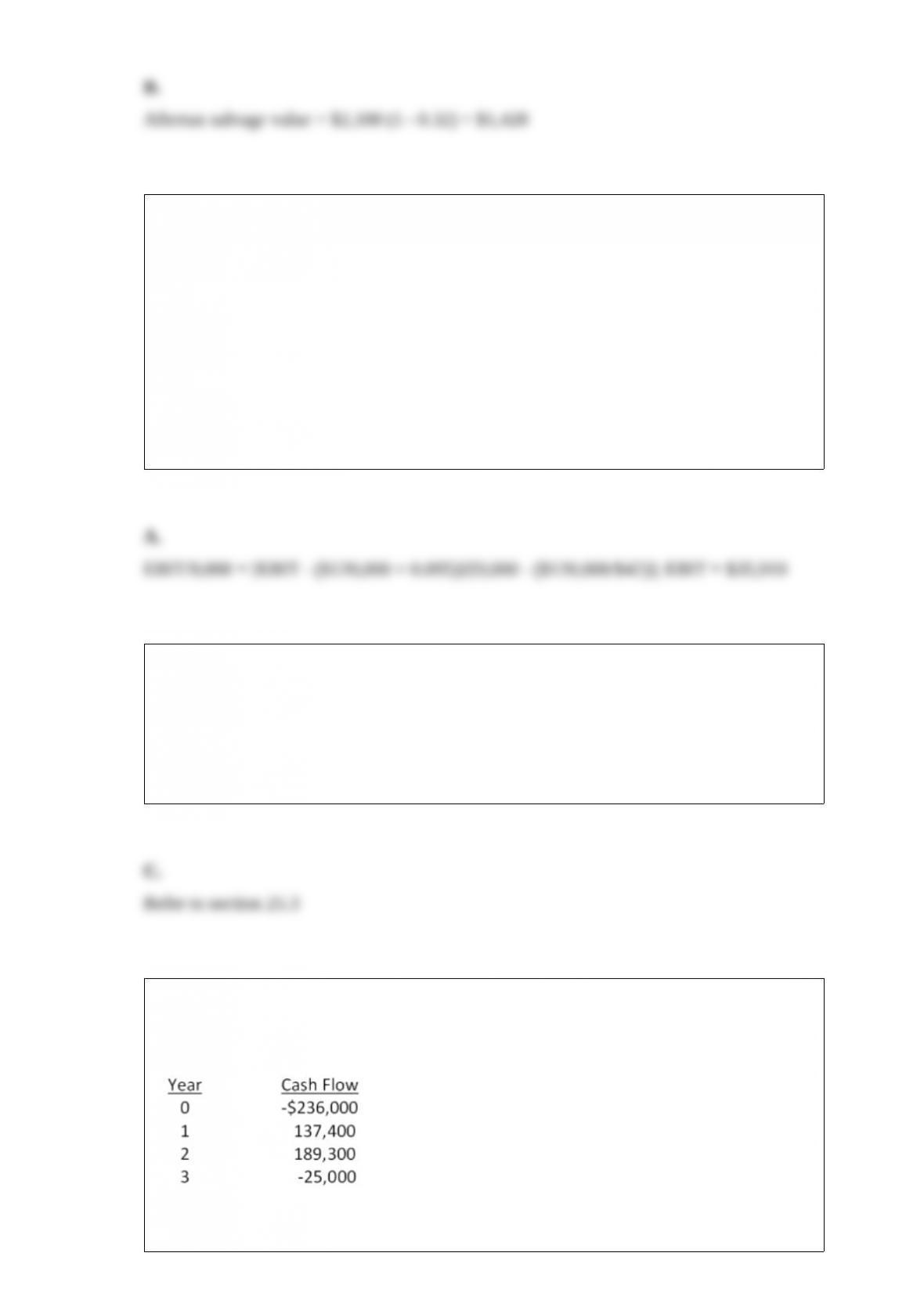 Holly's is currently an all equity firm that has 9,000 shares of stock outstanding at a
market price of $42 a share. The firm has decided to leverage its operations by issuing
$120,000 of debt at an interest rate of 9.5 percent. This new debt will be used to
repurchase shares of the outstanding stock. The restructuring is expected to increase the
earnings per share. What is the minimum level of earnings before interest and taxes that
the firm is expecting? Ignore taxes.
A. $35,910
B. $38,516
C. $42,000
D. $44,141
E. $45,020
Theta measures an option's:
A. intrinsic value.
B. volatility.
C. rate of time decay.
D. sensitivity to changes in the value of the underlying asset.
E. sensitivity to risk-free rate changes.
Blue Water Systems is analyzing a project with the following cash flows. Should this
project be accepted based on the discounting approach to the modified internal rate of
return if the discount rate is 14 percent? Why or why not?
A. Yes; The MIRR is 13.48 percent.
B. Yes; The MIRR is 17.85 percent. 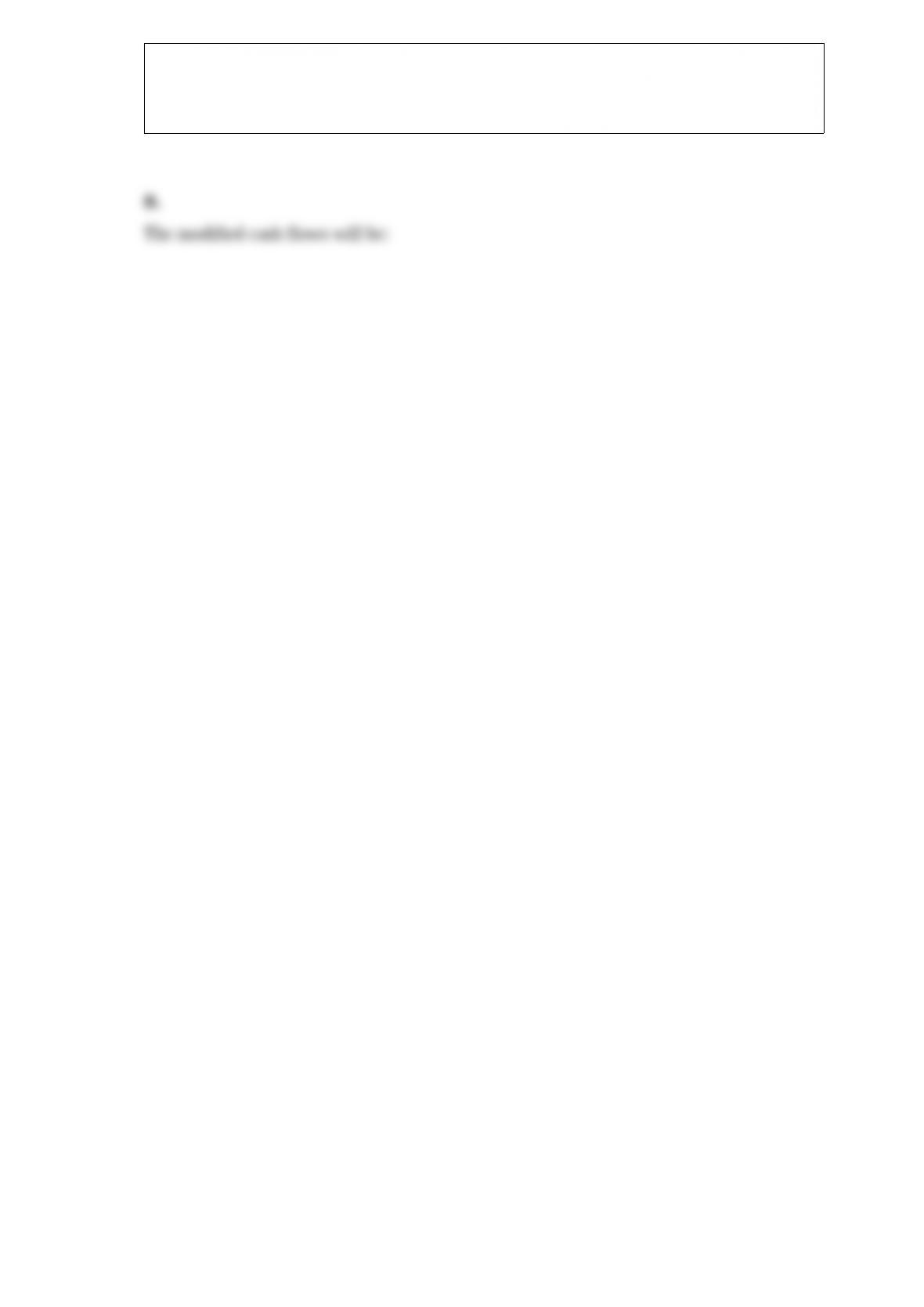