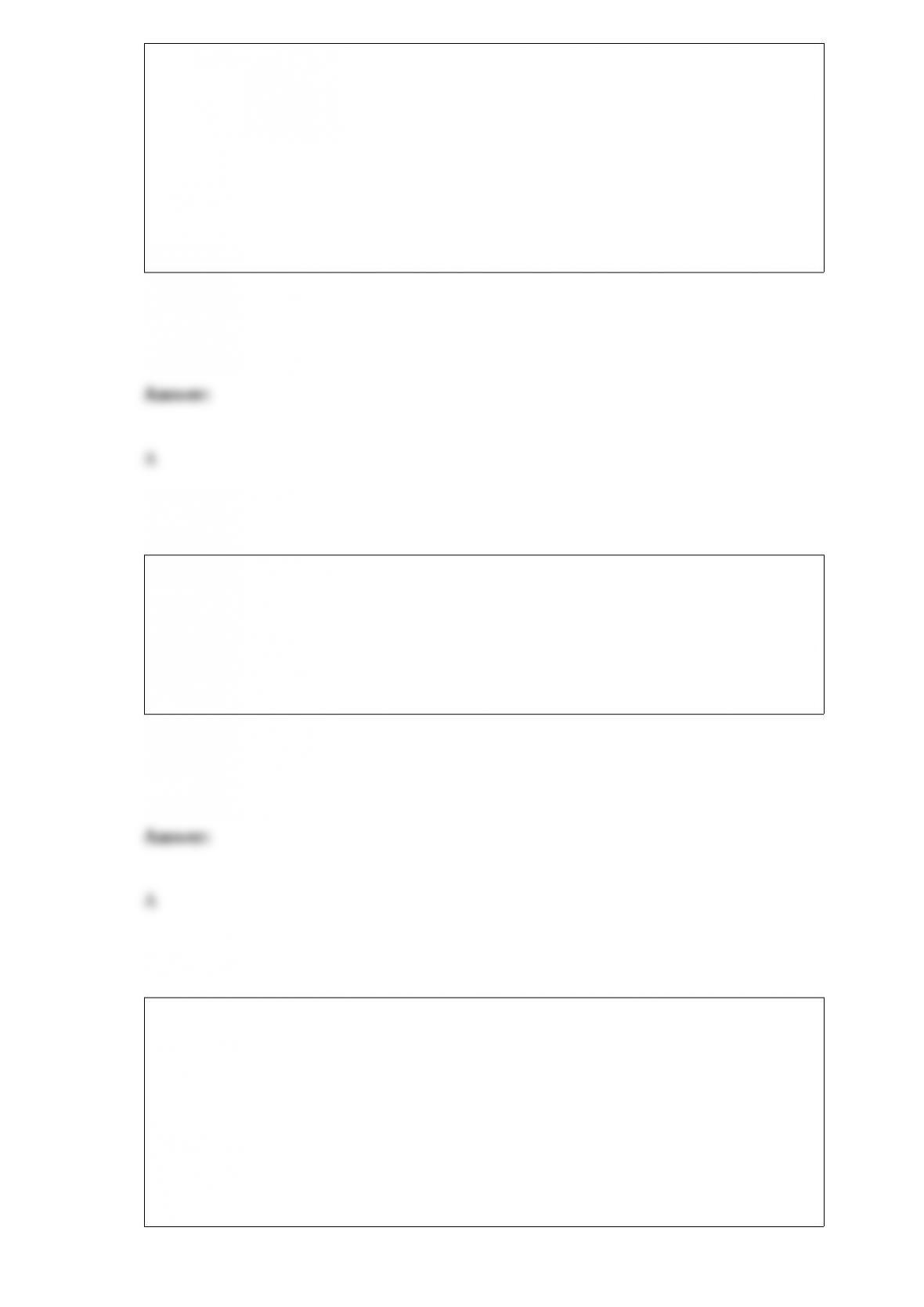 Research on handedness demonstrates that
A) most left-handers have no developmental problems.
B) right-handedness is associated with prematurity.
C) there is little cultural variation in rates of left-handedness.
D) right-handedness is associated with birth difficulties that can result in brain damage.
__________ individuals are the least mature in identity development.
A) Long-term diffused
B) Identity-achieved
C) Foreclosed
D) Long-term moratorium
For most contemporary seniors, retirement
A) inevitably leads to adjustment problems.
B) is a time of opportunity and personal growth.
C) leads to physical health problems.
D) changes their perceived quality of life. 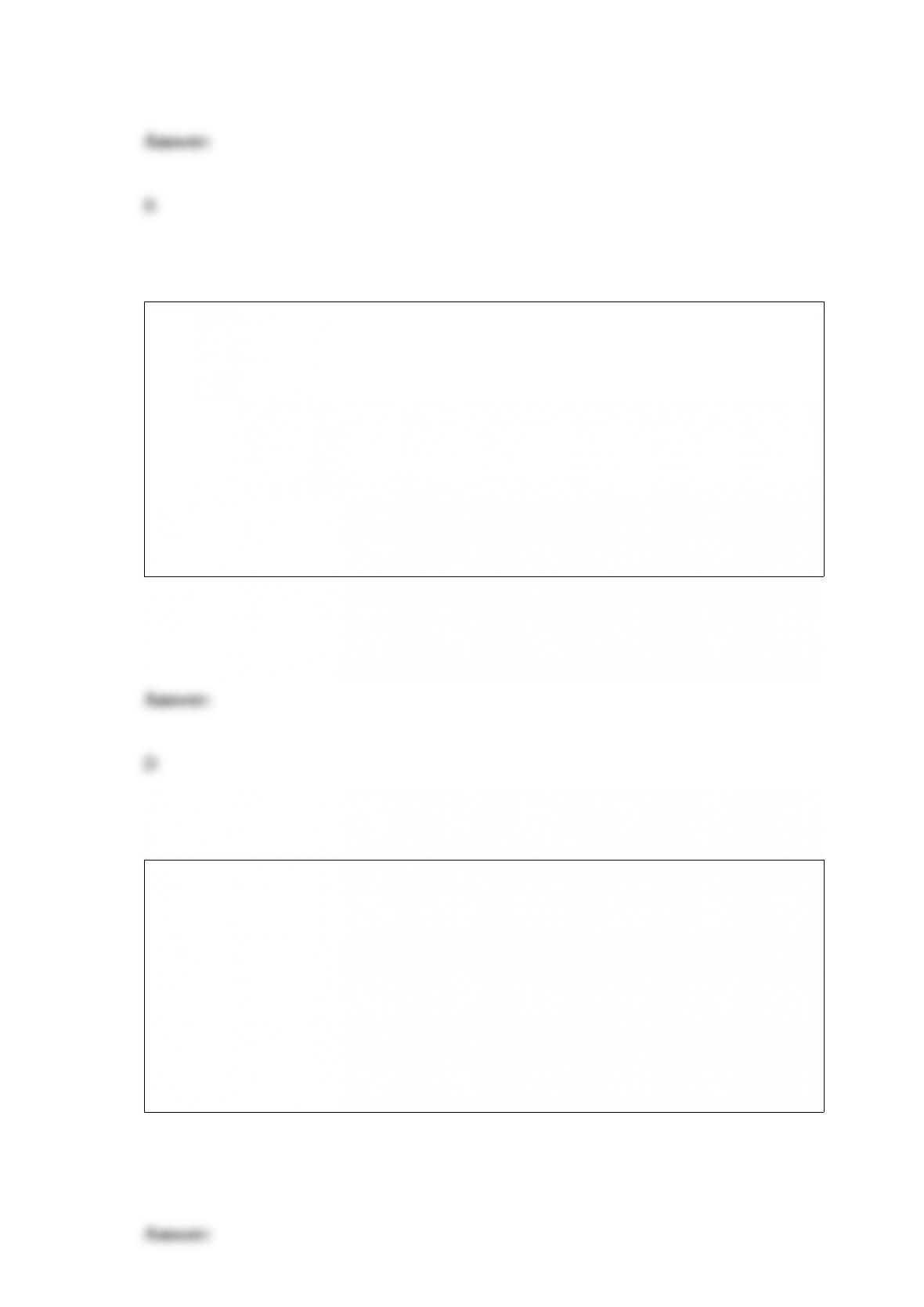 Mia, age 3, is about to undergo a neurobiological exam. The doctor wishes to examine
the functioning of Mia's cerebral cortex to measure blood flow and oxygen metabolism.
The best method for the doctor to choose in Mia's case is probably
A) an electroencephalogram (EEG).
B) functional magnetic resonance imaging (fMRI).
C) positron emission tomography (PET).
D) near-infrared spectroscopy (NIRS).
Earl has broad practical knowledge, emotional maturity, and the ability to apply his
knowledge to make life more worthwhile. Earl is demonstrating
A) fluid intelligence.
B) crystallized intelligence.
C) wisdom.
D) generativity. 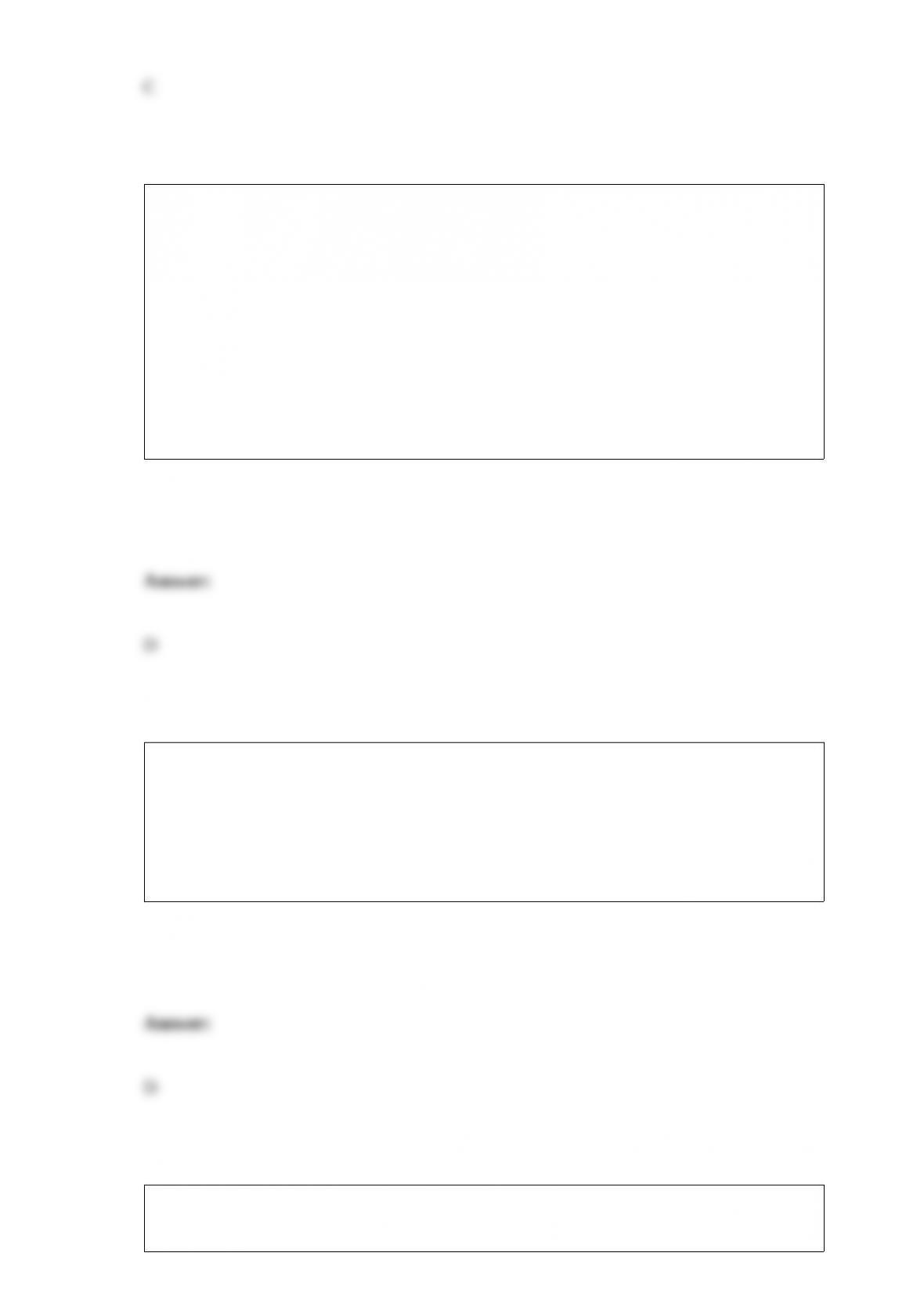 Which of the following is the best advice you might give to a mother to help her son
manage fears?
A) Expose him to frightening stories in books and on TV until he is able to sort out
appearance from reality.
B) Teach him to manage a fear of the dark by turning out night lights, hall lights, and
electronic screens.
C) Teach him to manage a fear of animals by picking him up and moving him to the
animal that arouses fear.
D) If he fears being at preschool, provide extra support by accompanying the child and
gradually lessening the amount of time she is present.
__________ million U.S. adults identify as lesbian, gay, or bisexual.
A) Less than 2
B) Nearly 4
C) About 6
D) More than 8
Senior citizens in the United States today are 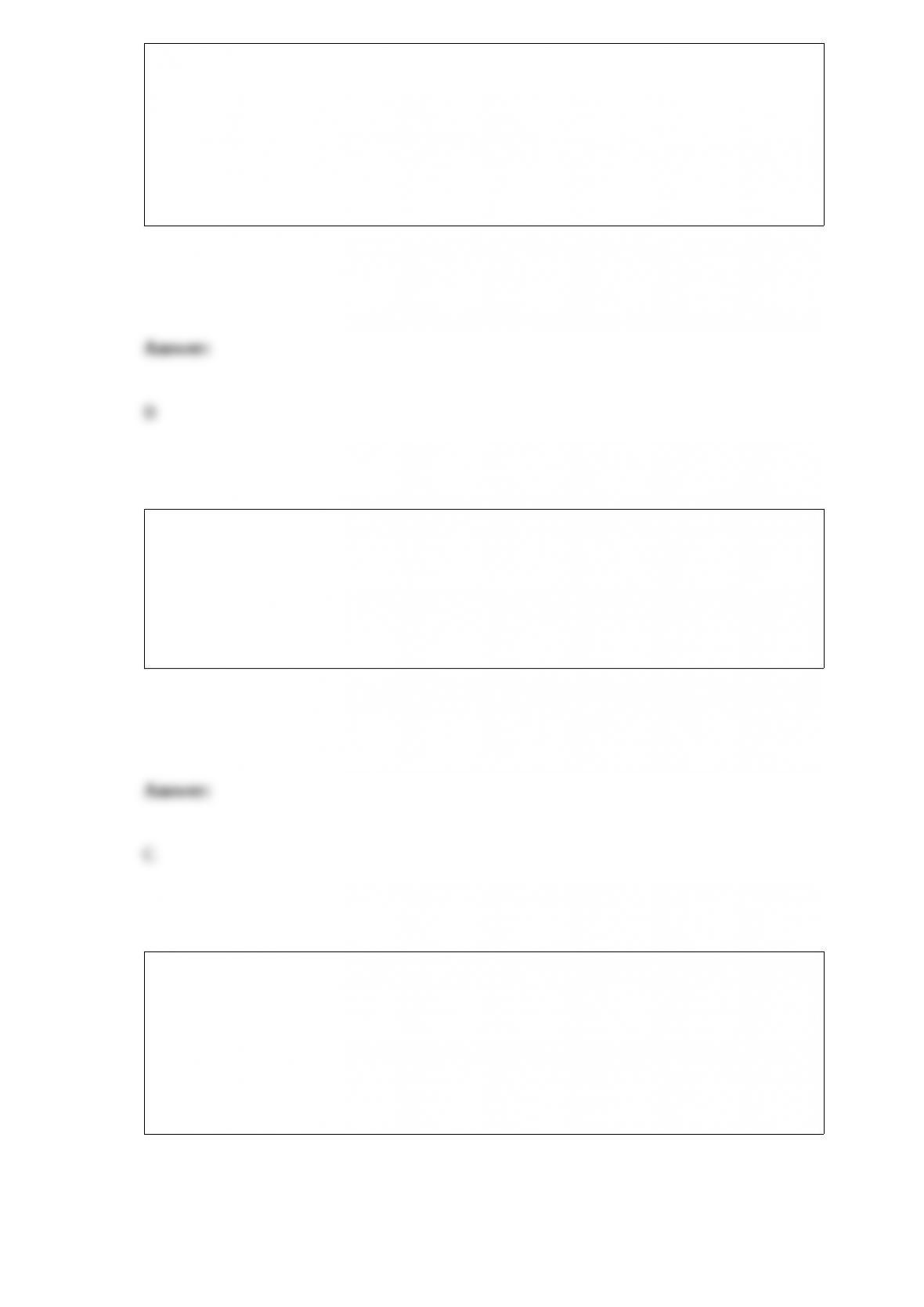 A) less likely than Canadian seniors to be poverty stricken.
B) more likely than other age groups to be among the "near poor."
C) more likely to be homeless than in the past.
D) less likely to be healthy and independent than in the past.
Women age 65 and older taking HRT
A) have a decreased risk of heart attack and stroke.
B) have a decreased risk of breast cancer.
C) have an elevated risk of Alzheimer's disease.
D) receive estrogen without progesterone.
Which of the following statements about peer sociability is true?
A) Later-appearing forms of play replace earlier ones in the developmental sequence.
B) Once a child begins to play cooperatively, she no longer engages in parallel play.
C) Nonsocial activity is almost nonexistent among kindergarteners.
D) It is the type, not the amount, of solitary and parallel play that changes in early
childhood. 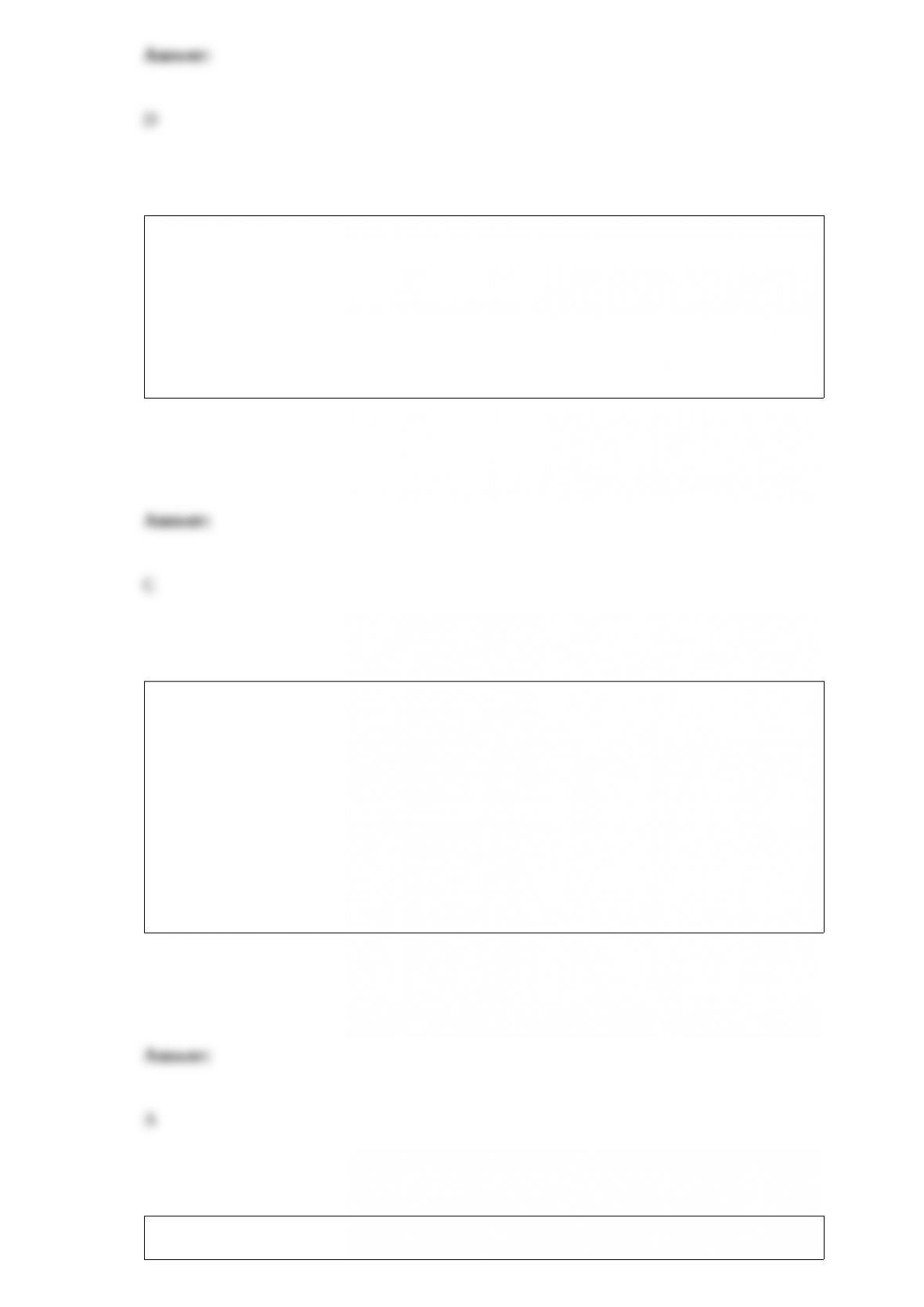 Ginger, a female middle manager, and Geoffrey, a male middle manager, are both
promoted to comparable positions. Which of the following can you predict?
A) Geoffrey is probably a better manager than Ginger.
B) Ginger is more likely than Geoffrey to receive additional promotions.
C) Ginger probably has earned higher performance ratings than Geoffrey.
D) Geoffrey is more likely than Ginger to face a glass ceiling.
Overwhelmed, Monica abandoned her frail, disabled grandmother in the waiting area of
a hospital emergency room. Monica's act is referred to in the media as
A) granny dumping.
B) elder squatting.
C) senior bumping.
D) patient leaving. 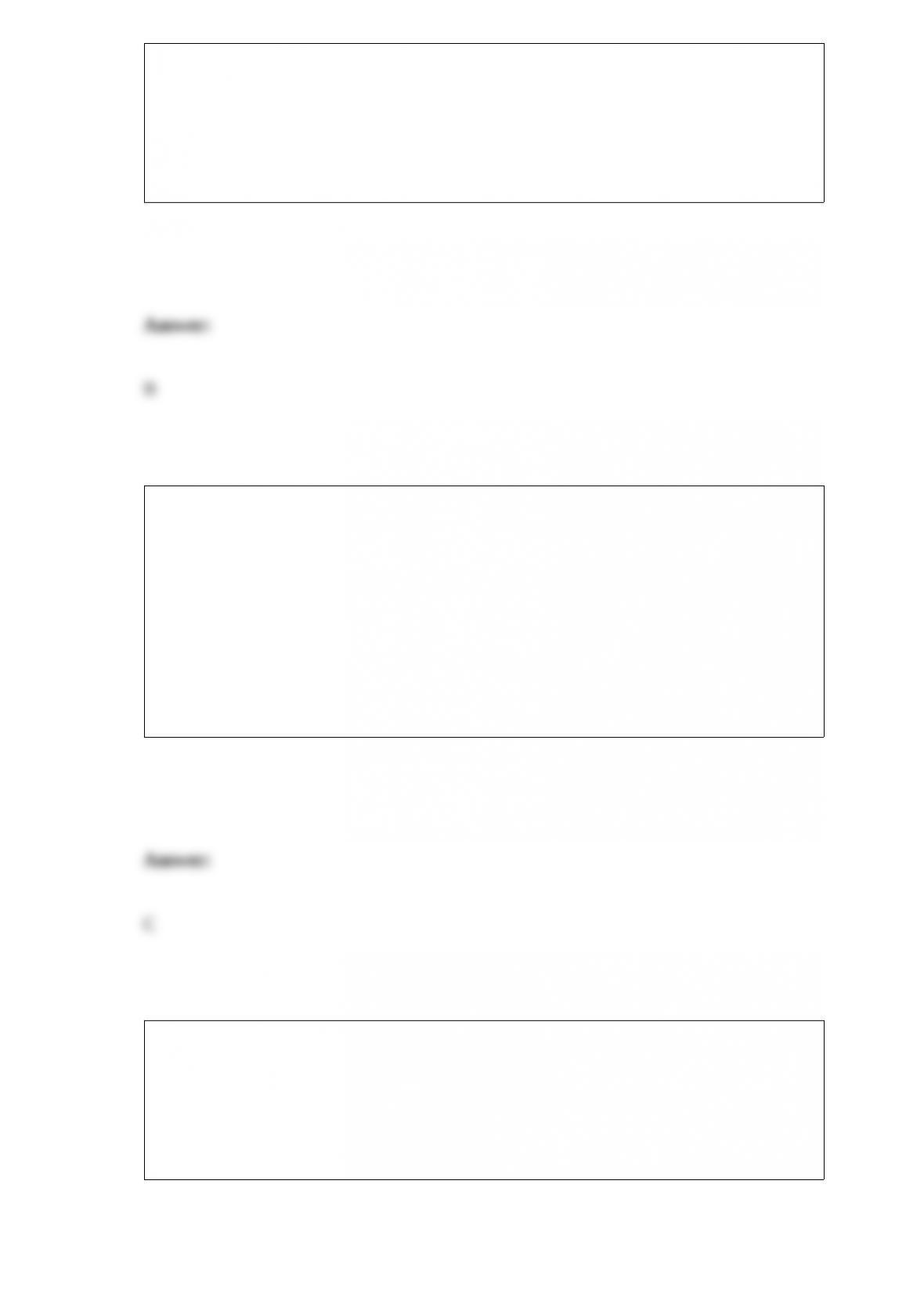 In experimental studies,
A) the investigator cannot make cause-and-effect inferences.
B) investigators must take special precautions to control for participants' characteristics
that could reduce the accuracy of their findings.
C) the researcher directly controls or manipulates changes in the dependent variable.
D) researchers gather information on participants without altering their experiences.
Between ages 1 and 2, the typical baby grows about _____ inches and gains about
_____ pounds.
A) 2; 4
B) 3; 6
C) 4; 8
D) 5; 10
Decreased vigor of the immune response seems to be
A) caused by random or spontaneous events.
B) caused by a breakdown of connective tissues.
C) genetically programmed, but intensified by other aging processes.
D) caused by telomere lengthening, but also affected by random events. 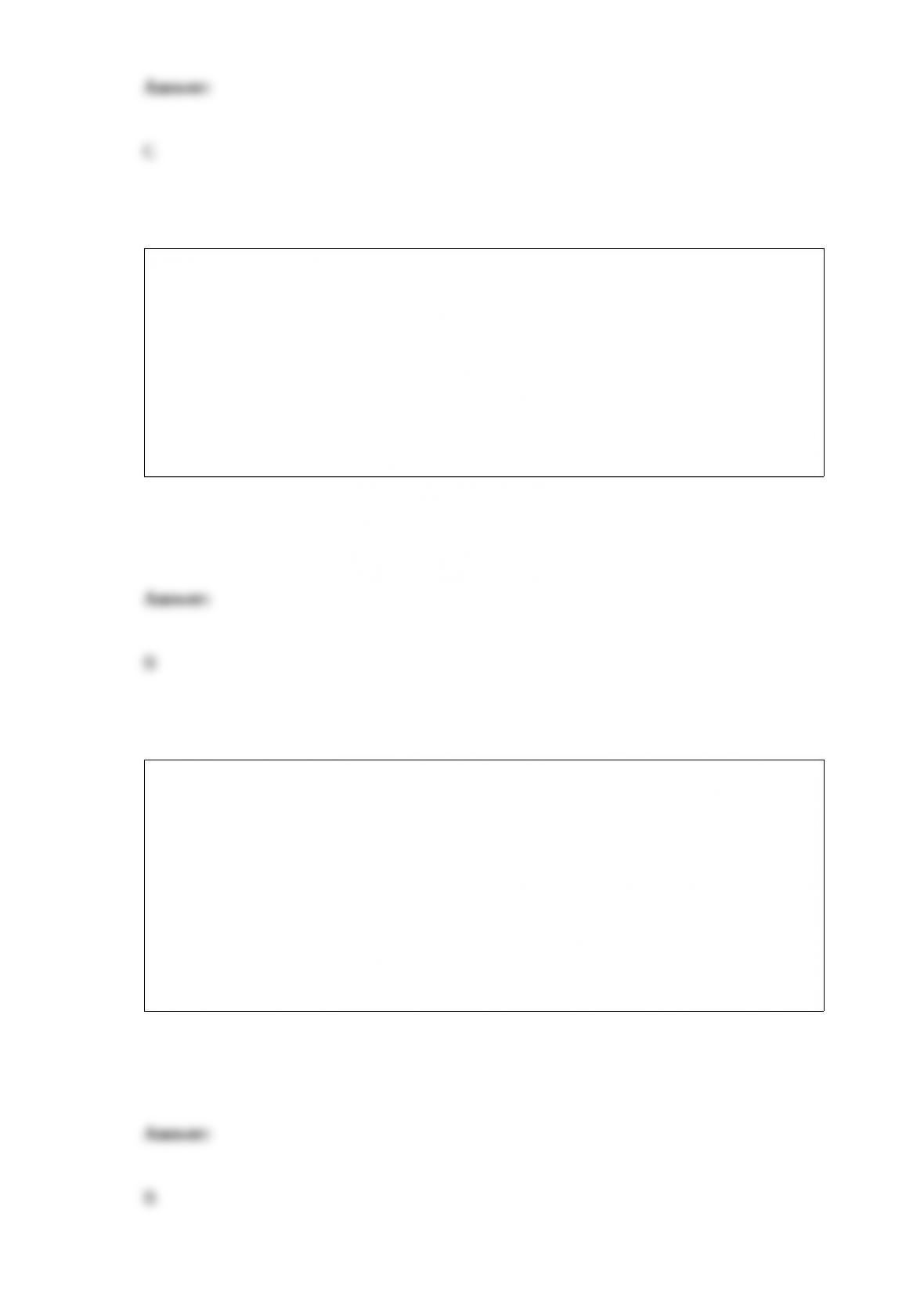 The risk of bearing a child with Down syndrome rises dramatically with
A) multiple births.
B) maternal age.
C) prenatal tobacco exposure.
D) prenatal malnutrition.
About _____ percent of older Americans have remained unmarried and childless
throughout their lives.
A) 1
B) 5
C) 10
D) 15 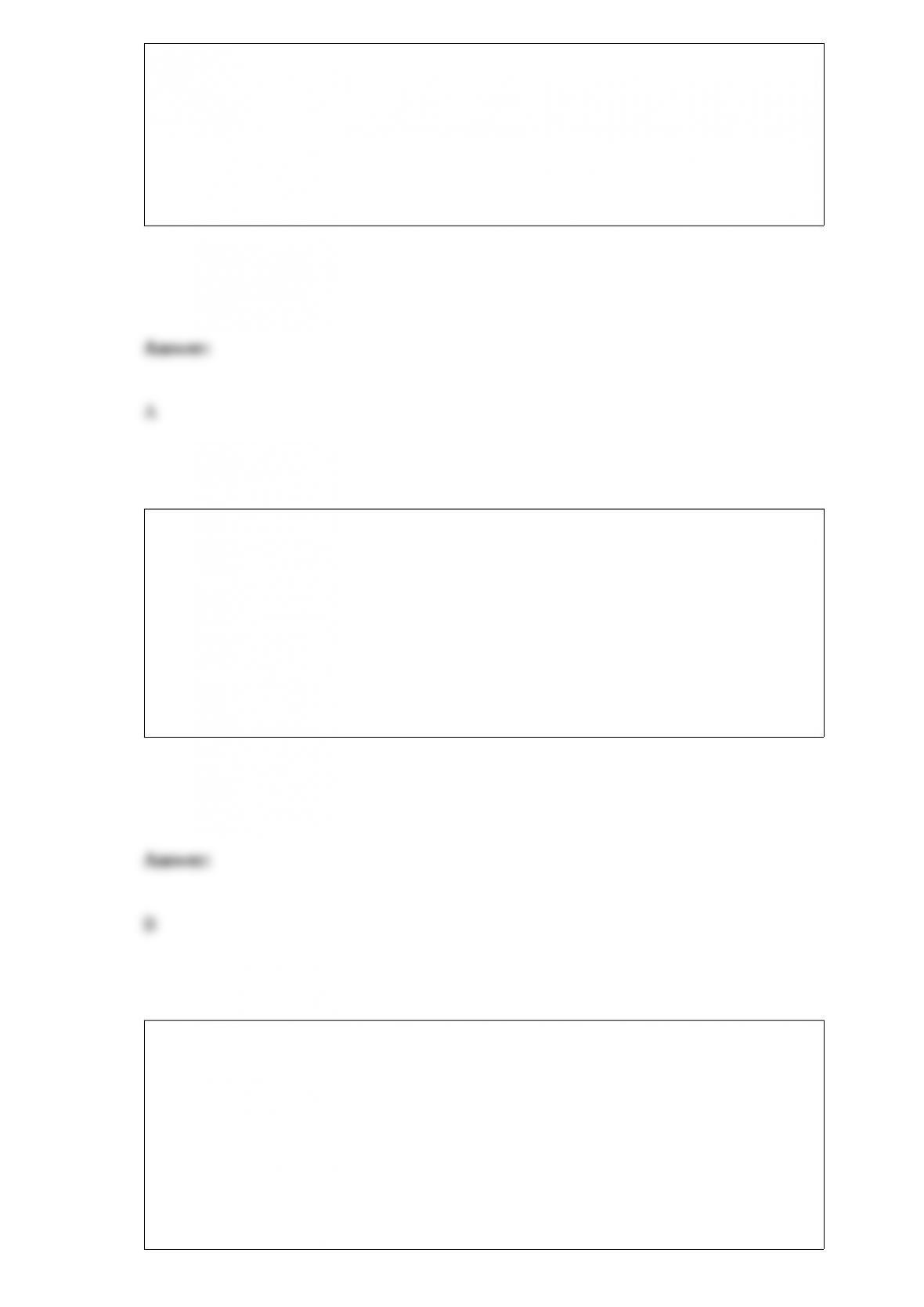 The suicide rate is low in __________, intermediate in __________, and high in
__________.
A) Spain; the United States; Finland
B) Canada; Italy; Singapore
C) New Zealand; Australia; the United States
D) Japan; Spain; the United States
Early sexual activity is more common among young people from
A) high-SES income homes.
B) economically disadvantaged homes.
C) only-child families.
D) large families.
Gilles finds it difficult to consider two points of view when presented with the "Heinz
dilemma." He tends to overlook people's intentions and, instead, focuses on fear of
authority and avoidance of punishment as reasons for behaving morally. Gilles is at
which of Kohlberg's stages of moral development?
A) Stage 1: The punishment and obedience orientation
B) Stage 2: The instrumental purpose orientation
C) Stage 3: The "good-boy"good-girl" orientation
D) Stage 4: The social-order-maintaining orientation 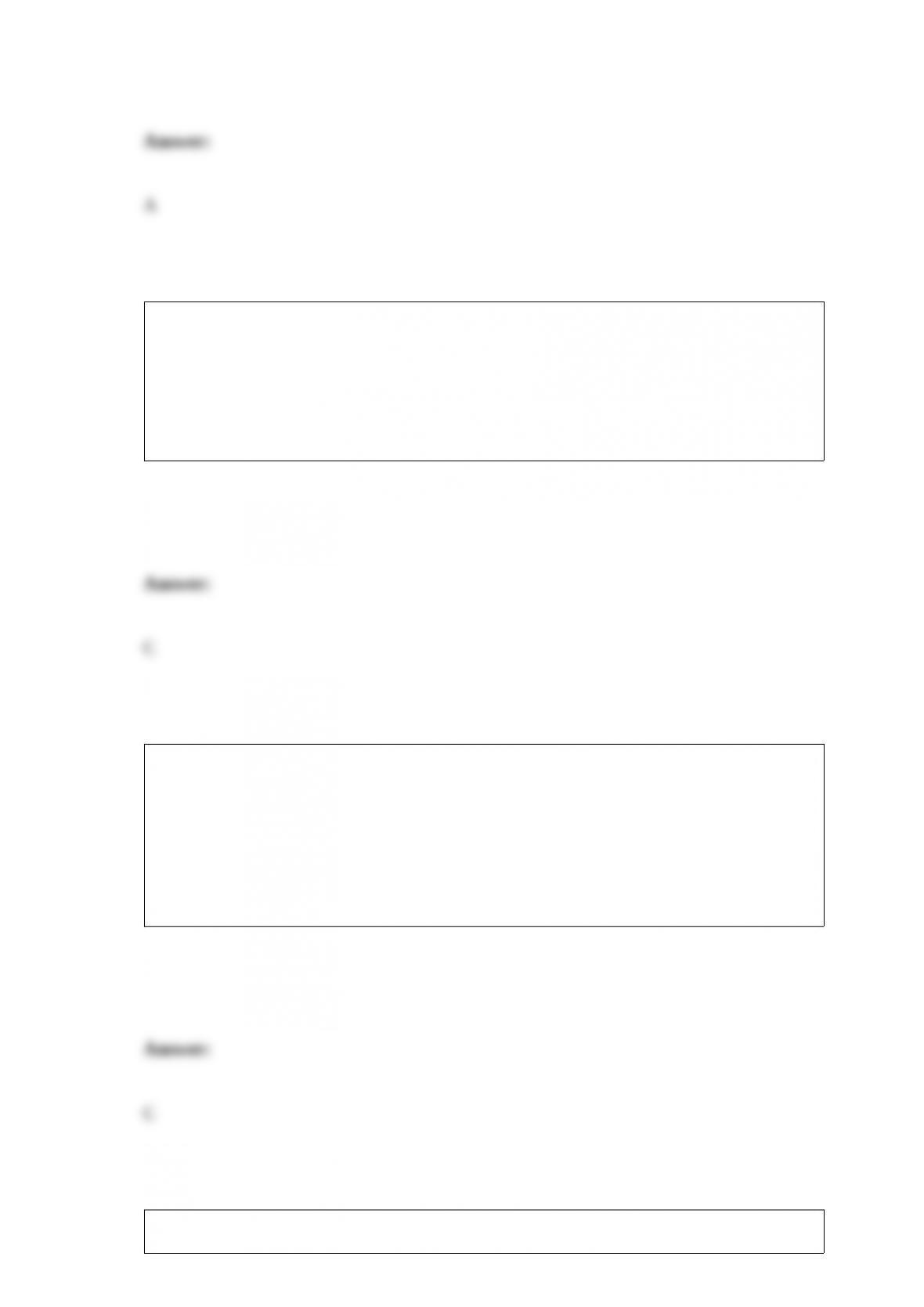 The smell of __________ causes a relaxed, pleasant facial expression in newborns.
A) formula
B) coffee
C) chocolate
D) anise
During the realistic period of vocational development, the first step is often
__________ and the final phase is __________.
A) fantasy; reality
B) interest; ability
C) exploration; crystallization
D) acquisition; vocational decision 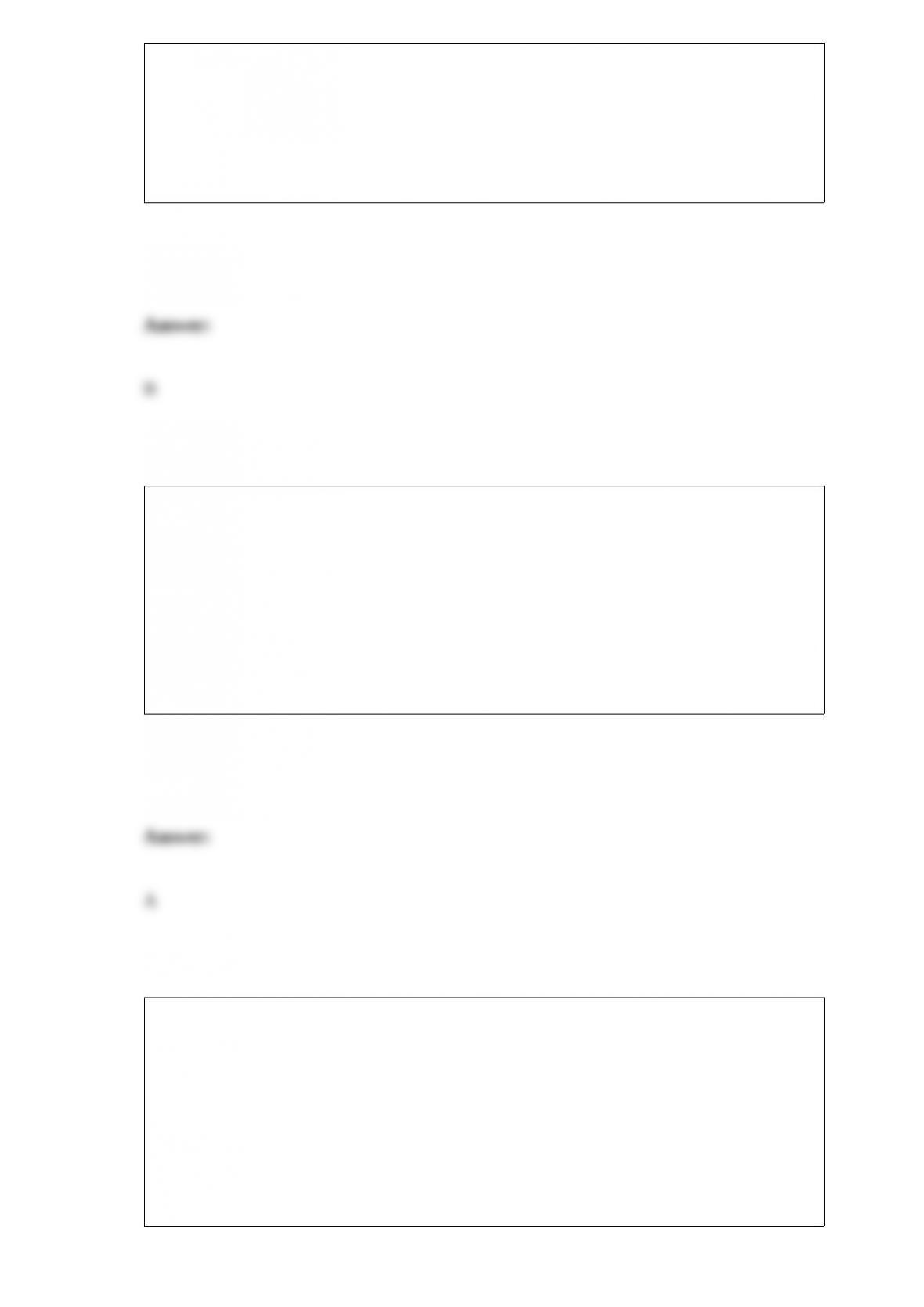 __________ is the single most important preventable cause of death in industrialized
nations.
A) Alcoholism
B) Cigarette smoking
C) Drug use
D) Obesity
Challenges to Chomsky's theory suggest that
A) it provides only a partial account of language development.
B) the ability to master a grammatically complex language is not unique to humans.
C) there is no sensitive period for language acquisition.
D) children acquire language more quickly than he suggests.
The specialization of the two hemispheres of the brain is known as
A) lateralization.
B) brain plasticity.
C) pruning.
D) cortical dominance. 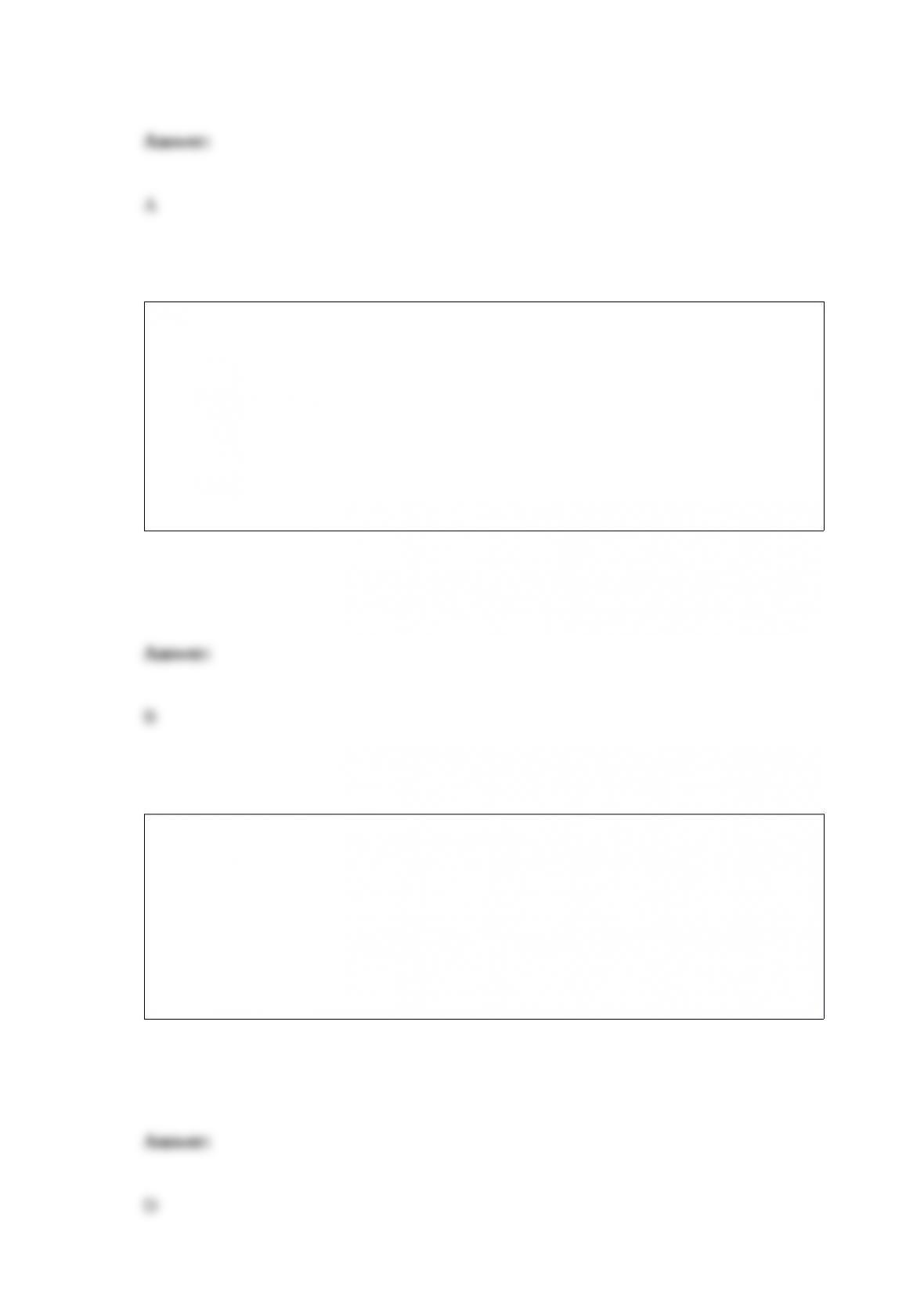 Fathers frequently turn to __________ to figure out how to relate to their child.
A) experts
B) mothers
C) their own fathers
D) friends
Which of the following is supported by research on unintentional injuries in middle
childhood?
A) Parents tend to underestimate their child's safety knowledge and physical abilities.
B) The rate of injury deaths decreases from middle childhood into adolescence.
C) Because of their underdeveloped motor skills, girls have a slightly higher risk of
unintentional injury than boys.
D) Use of protective helmets leads to a 25 percent reduction in risk of head injury. 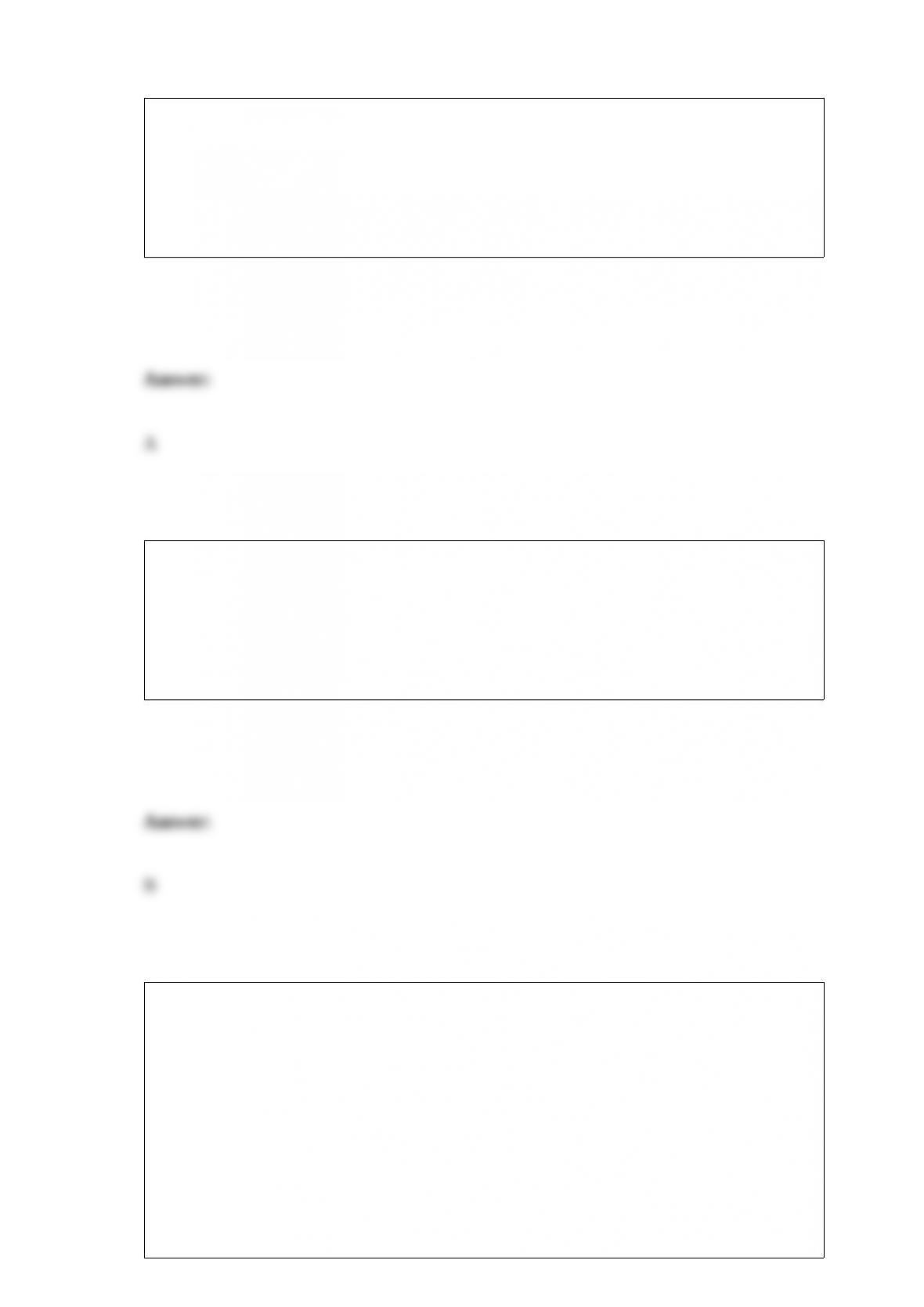 The double standard for gender and aging is
A) declining.
B) more relevant today than in previous generations.
C) rarely evident in the media.
D) adaptive at this point in history.
It takes about __________ months for color vision to become adultlike.
A) two
B) four
C) six
D) eight
Which of the following statements about cognitive intervention is true?
A) Cognitive intervention is of limited usefulness to adults over age 65.
B) Most older adults are unaware of memory declines and do not know that they need
to take extra steps to ensure recall.
C) Older adults' relatively well-preserved metacognition is a powerful asset in cognitive
training efforts.
D) Cognitive intervention rarely results in improved day-to-day problem solving. 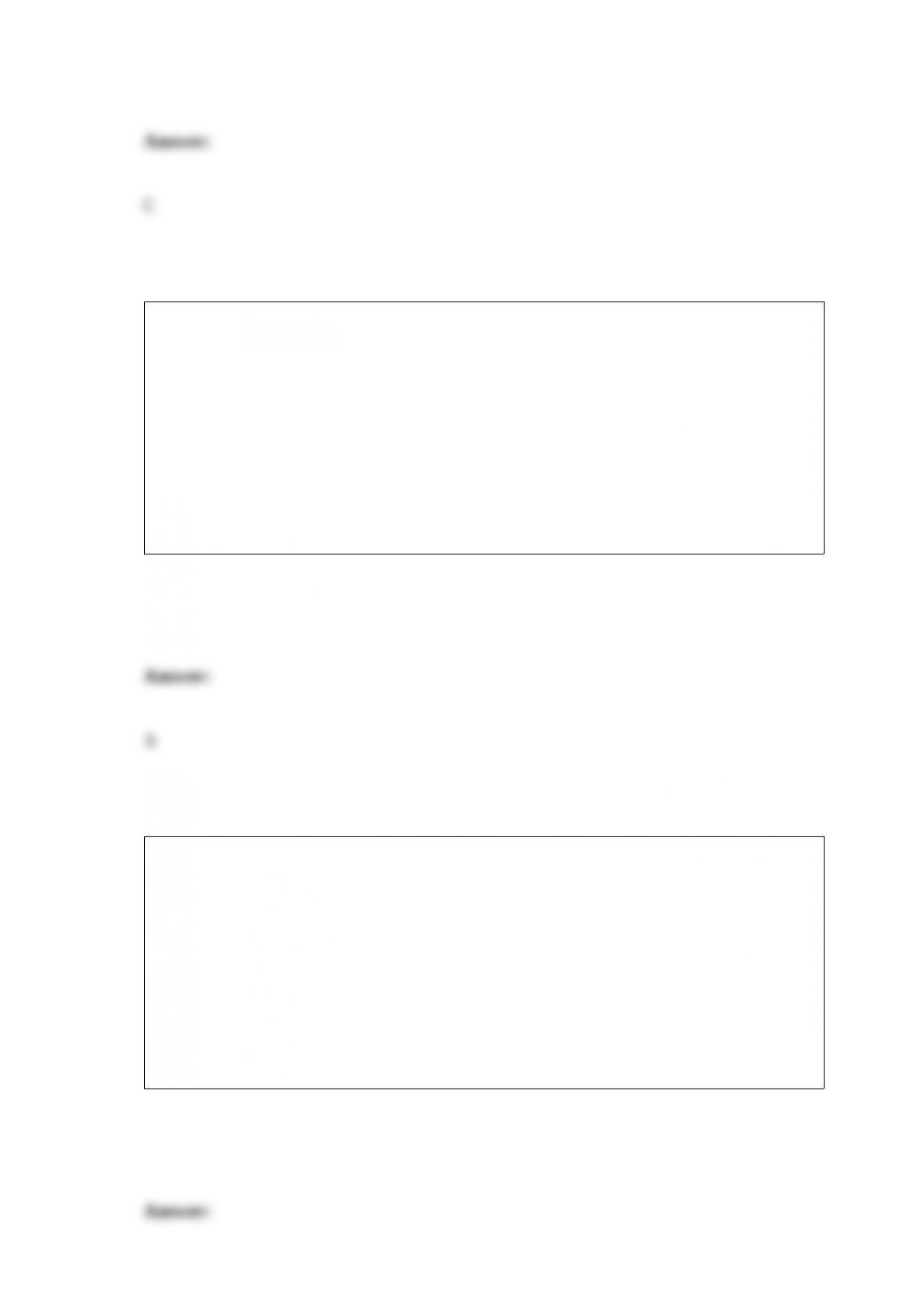 Mark, who lives in an individualistic culture, gets an "A" on his test. His parents will
probably encourage Mark to feel
A) pride in his personal achievement.
B) embarrassed by the individual attention.
C) anxious that he might not be able to earn "A"s in the future.
D) guilty for doing better than other children in the class.
_________ controls attention, suppresses impulses, coordinates information in working
memory, and flexibly directs and monitors thought and behavior.
A) Automatic processes
B) Sensory processes
C) Executive function
D) Mirror neurons 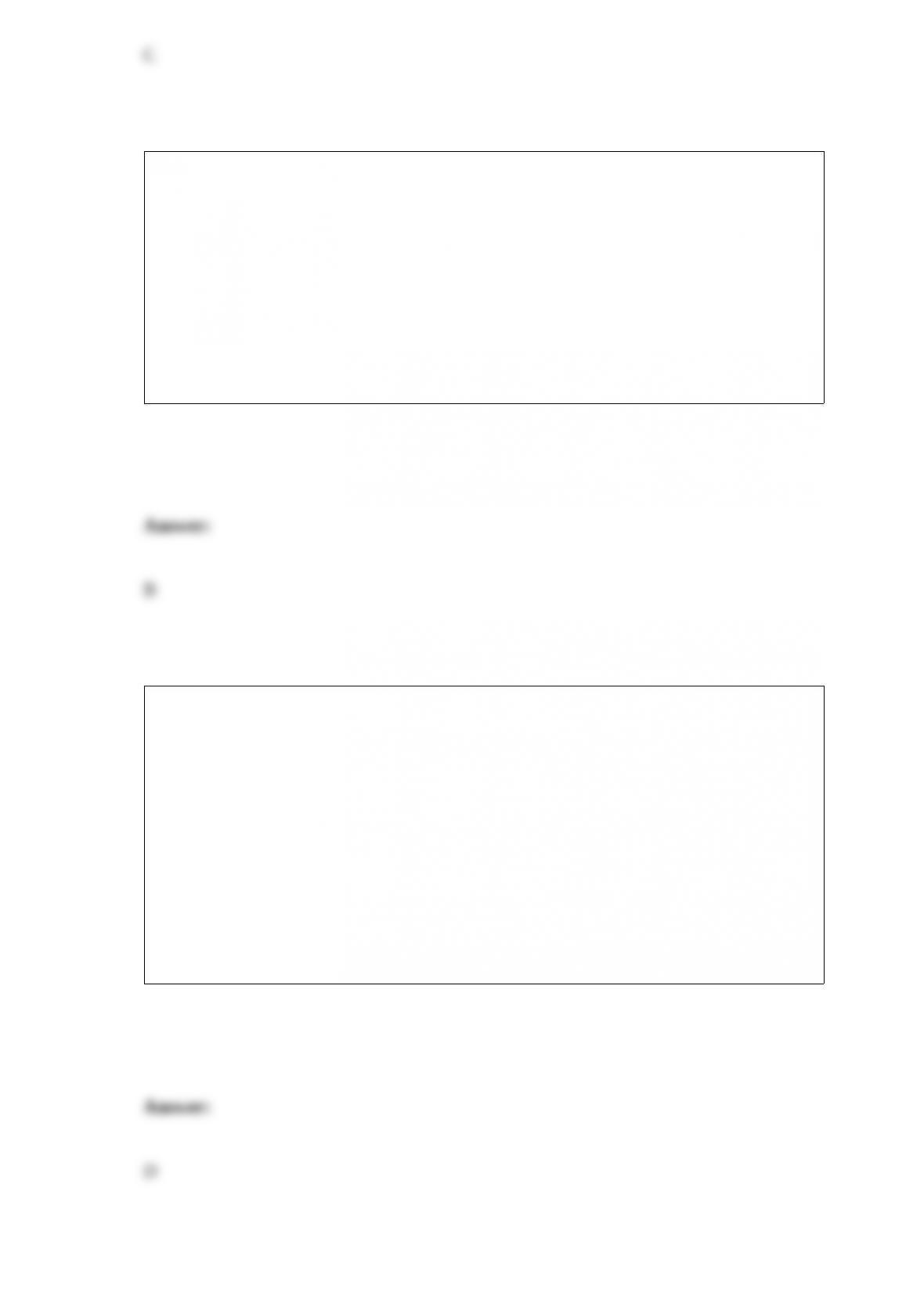 Which of the following statements about mate selection is true?
A) Romantic love is rarely an important factor in mate selection.
B) Little support exists for the idea that "opposites attract."
C) People rarely select partners that resemble themselves.
D) Partners who are similar in personality tend to be less satisfied with their
relationship.
The Children's Defense Fund
A) provides free legal services to low-income families of children with disabilities.
B) is a nonprofit organization dedicated to helping children in poverty in
non-industrialized nations.
C) releases The Policy Book every two years, providing an in-depth compilation of
policies for children.
D) engages in public education, legal action, drafting of legislation, congressional
testimony, and community organizing.