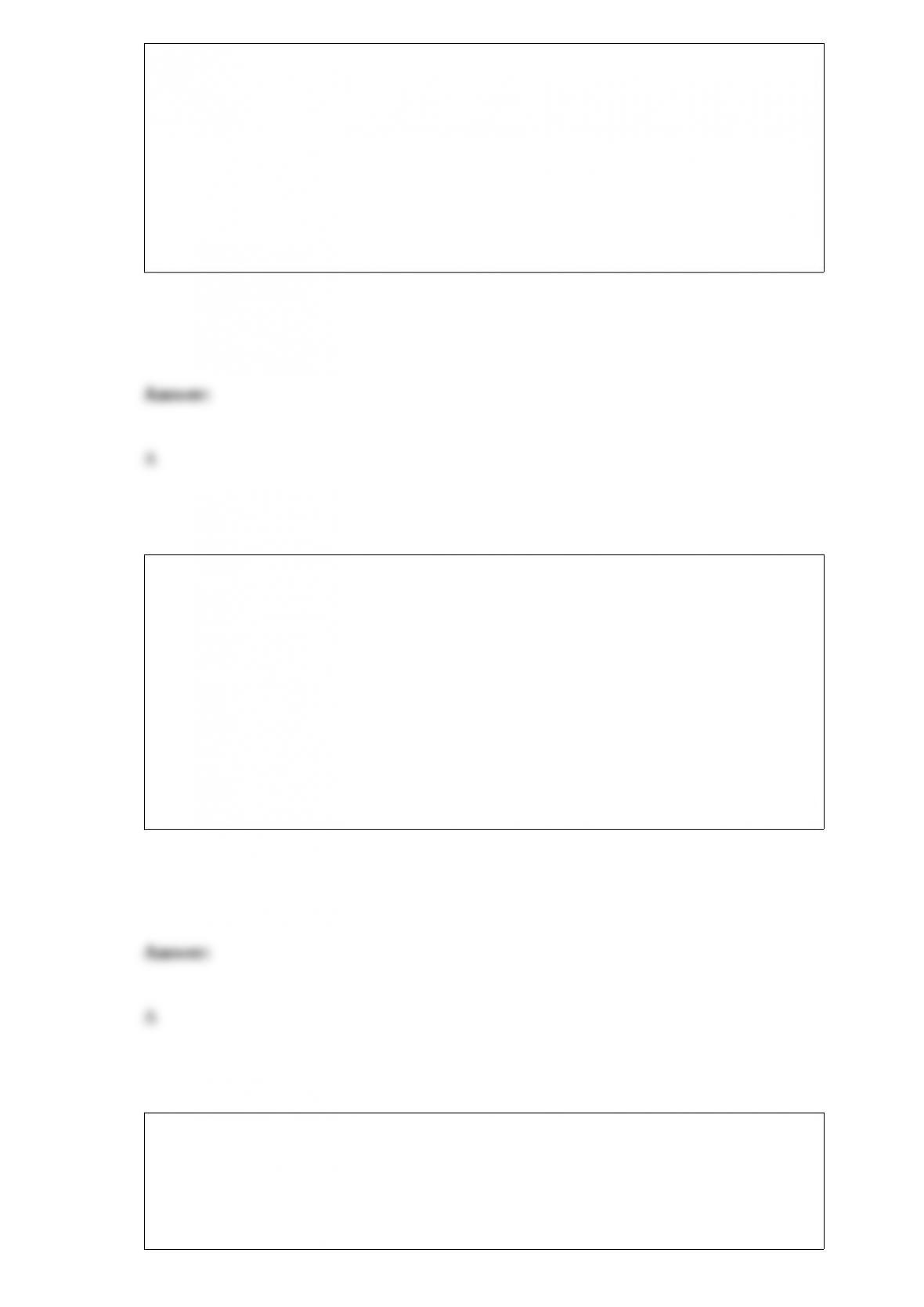 Alice calls untying her shoelaces "opening" her shoes. This is an example of
A) overextension.
B) infant-directed speech.
C) underextension.
D) referential style.
Mr. Martin reached the last years of his life feeling whole, complete, and satisfied with
his achievements. He realized that the paths he followed, abandoned, and never selected
were necessary for fashioning a meaningful life course. Mr. Martin has achieved
A) a sense of integrity.
B) finality.
C) tolerance.
D) a sense of disengagement.
Frequent, vigorous exercise, especially late in pregnancy, results in
A) increased birth weight.
B) lower birth weight than in healthy, nonexercising controls.
C) serious damage to the central nervous system. 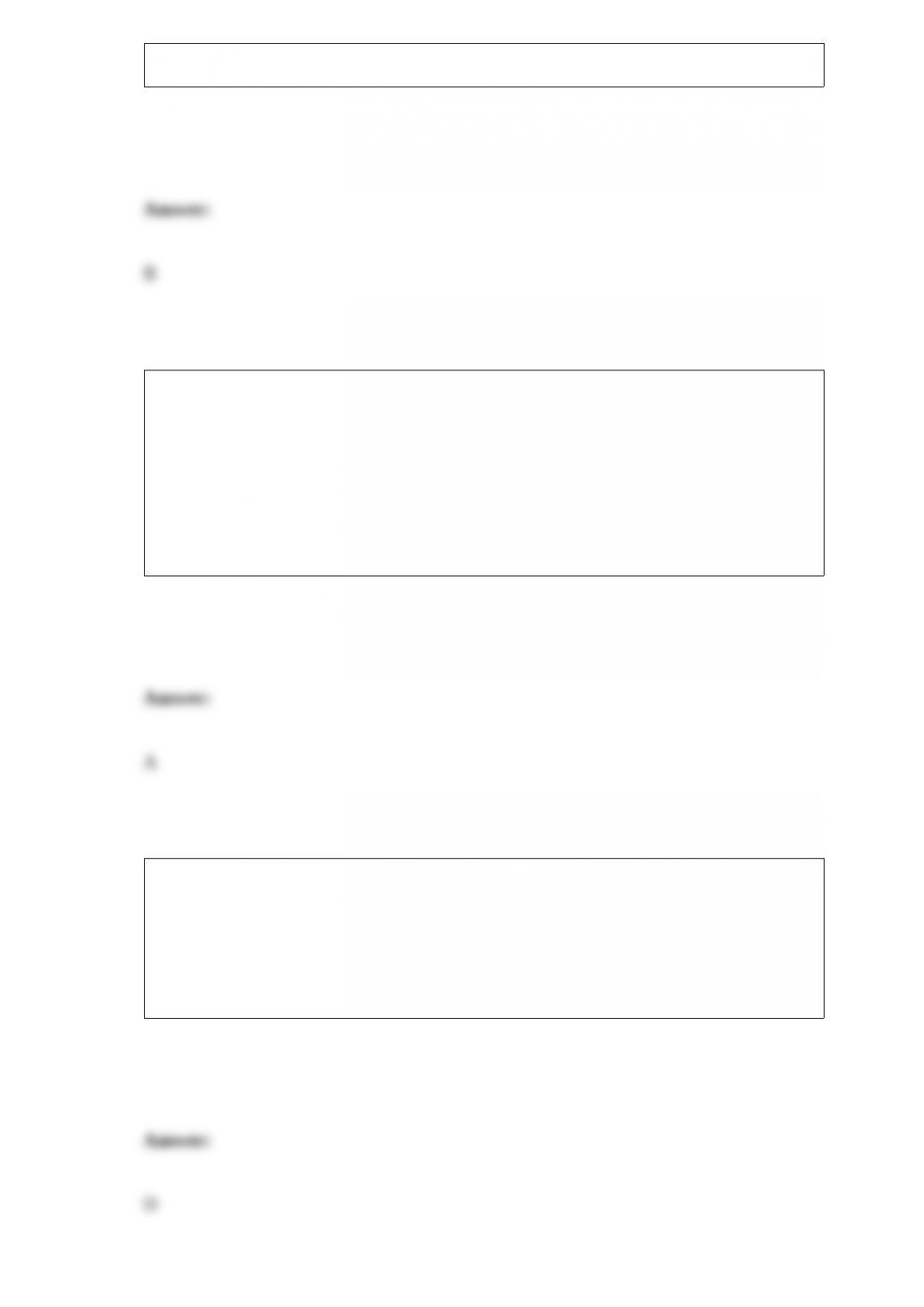 D) suppressed development of the immune system.
Dr. Schlocter believes that as neurons in the brain die, breaks in the neural network
occur. The brain adapts by forming bypassesnew synaptic connections that go around
the breaks but are less efficient. Dr. Schlocter subscribes to the __________ view.
A) neural network
B) interconnectionist
C) information-loss
D) signal breakdown
Biological aging
A) is underway in adolescence.
B) begins in middle adulthood.
C) is similar across various parts of the body.
D) can be modified substantially through interventions.

People who lose their jobs in midlife
A) are more generative than those who remain steadily employed.
B) seldom duplicate the status and pay of their previous position.
C) are often underqualified for many openings.
D) rarely encounter true age discrimination.
A central component of Montessori education is
A) formal training in reading and writing.
B) repetition and drill.
C) child-chosen activities.
D) teacher-planned science lessons.
Adolescents
A) do not believe that death can happen at any time.
B) do not understand that all things eventually die.
C) have a fully mature understanding of death.
D) do not take death personally. 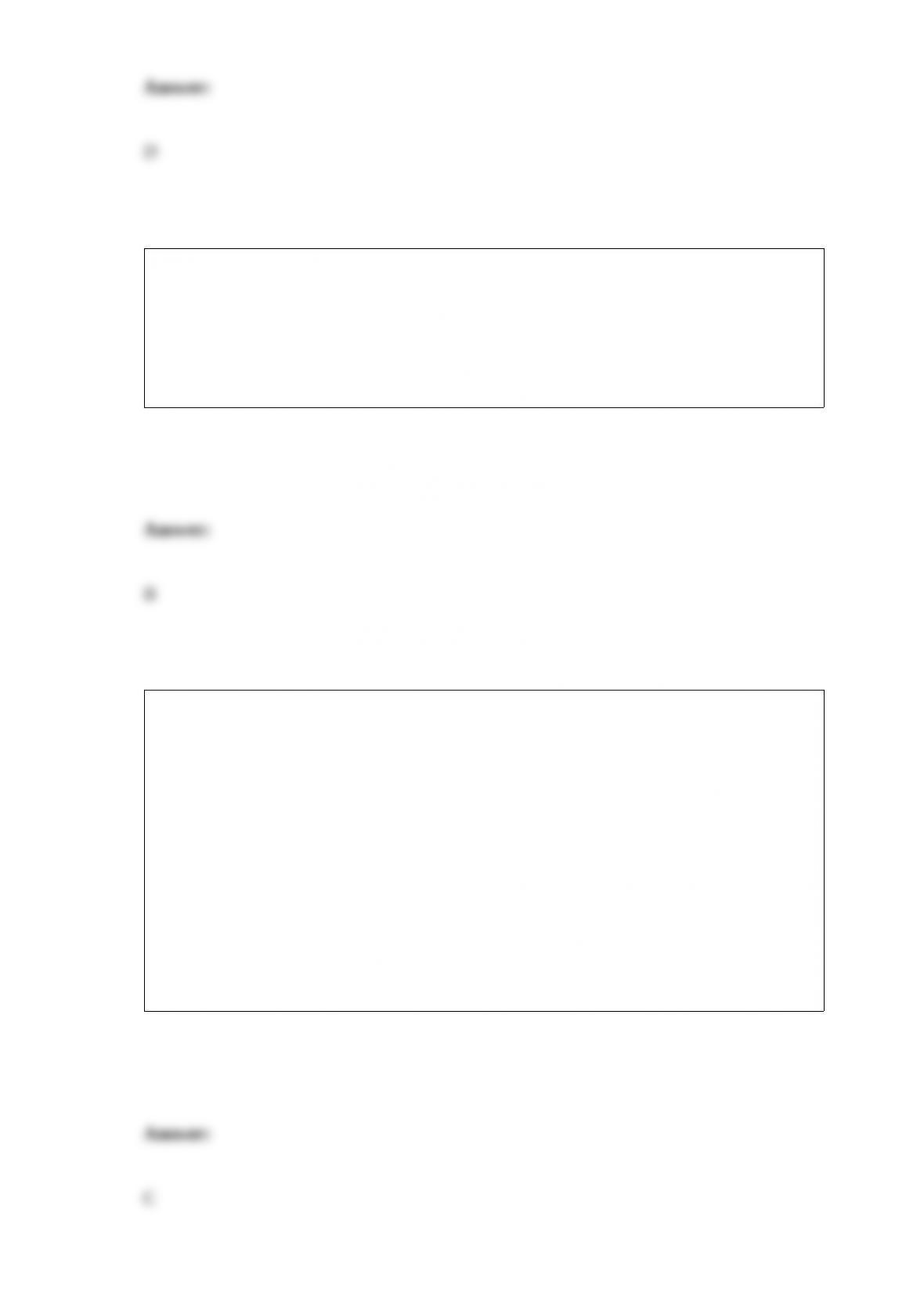 Which of the following adults most likely has a sense of stagnation?
A) Cane, who volunteers at a teen crisis center
B) Jill, who takes little interest in her grown children
C) Katherine, who is a mentor in her workplace
D) Philip, who works hard at being productive in the workplace
Teenage pregnancies are a far greater problem today than several decades ago because
A) most public schools teach abstinence only, which does little to prepare teens for safe
sex.
B) the stigma of teenage parenthood is much worse and many couples refuse to adopt
the baby of a teenage mother.
C) adolescents are far less likely to marry before childbirth, increasing the negative
consequences for both mother and baby.
D) most adolescents lack the knowledge and resources to protect themselves from
unwanted pregnancies. 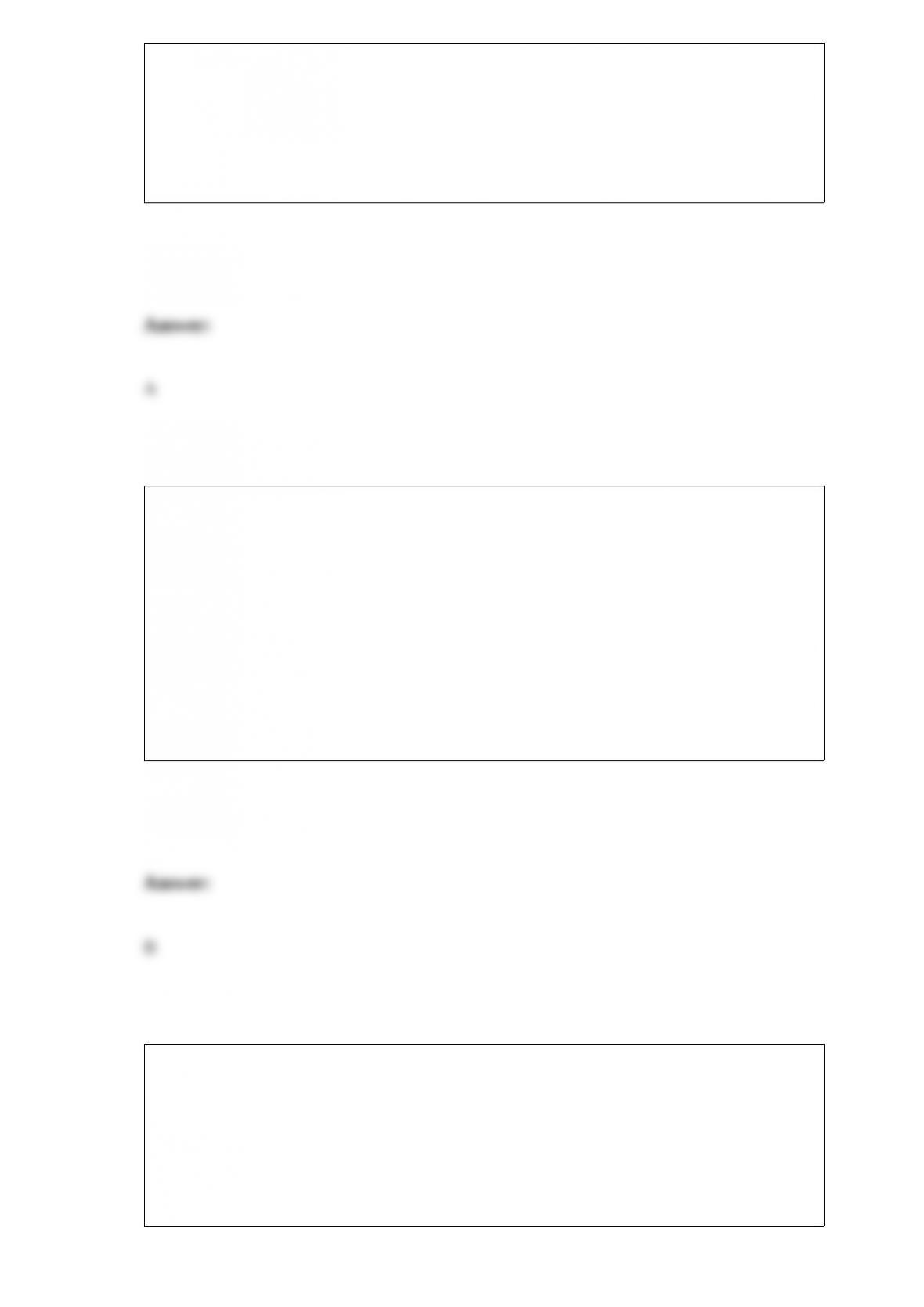 The information-processing approach views the mind as a
A) symbol-manipulating system through which information flows.
B) socially mediated process.
C) collection of stimuli and responses.
D) system of genetically programmed behaviors.
Devices like smart caps and sensor-activated room lights are
A) considered essential medical equipment under U.S. and Canadian
government-sponsored health-care coverage.
B) not considered essential medical equipment under U.S. government-sponsored
health-care coverage.
C) cost-effective and available to most older adults in industrialized countries.
D) too technically complicated to be useful to most older adults.
In a longitudinal study, __________ effects occur when individuals born in the same
time period are influenced by a particular set of historical and cultural conditions.
A) practice
B) historical
C) cohort
D) cultural 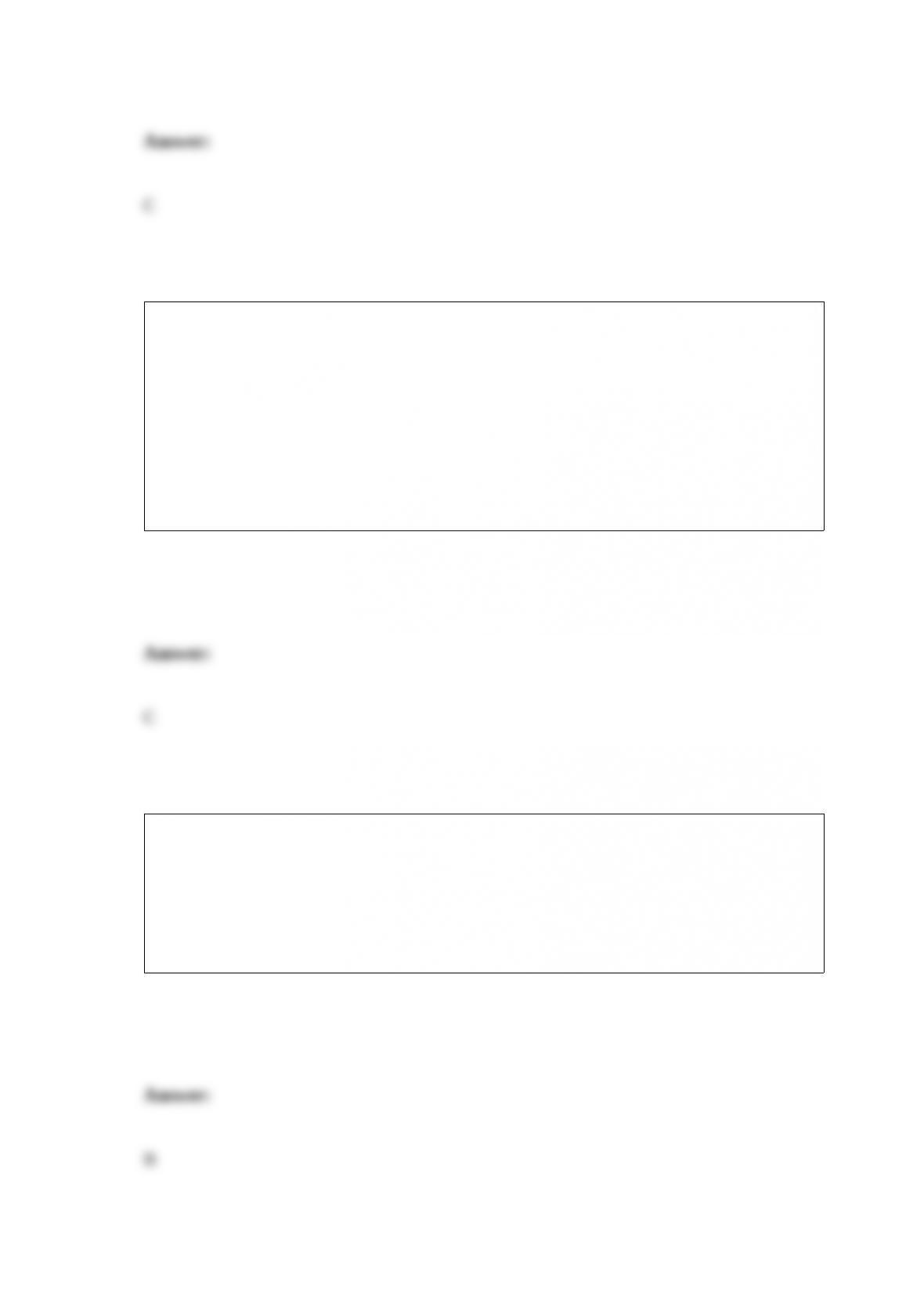 Patsy and Terry are fraternal twins. This type of twinning results from
A) a zygote that duplicates and separates into two clusters of cells.
B) the fertilization of one ovum by two Y-bearing sperm.
C) the release and fertilization of two ova.
D) the fertilization of one ovum by two X-bearing sperm.
Alfred Binet and Theodore Simon addressed practical educational concerns by
A) launching the normative approach.
B) constructing the first intelligence test.
C) writing the first parenting books.
D) conducting child observations and parent interviews. 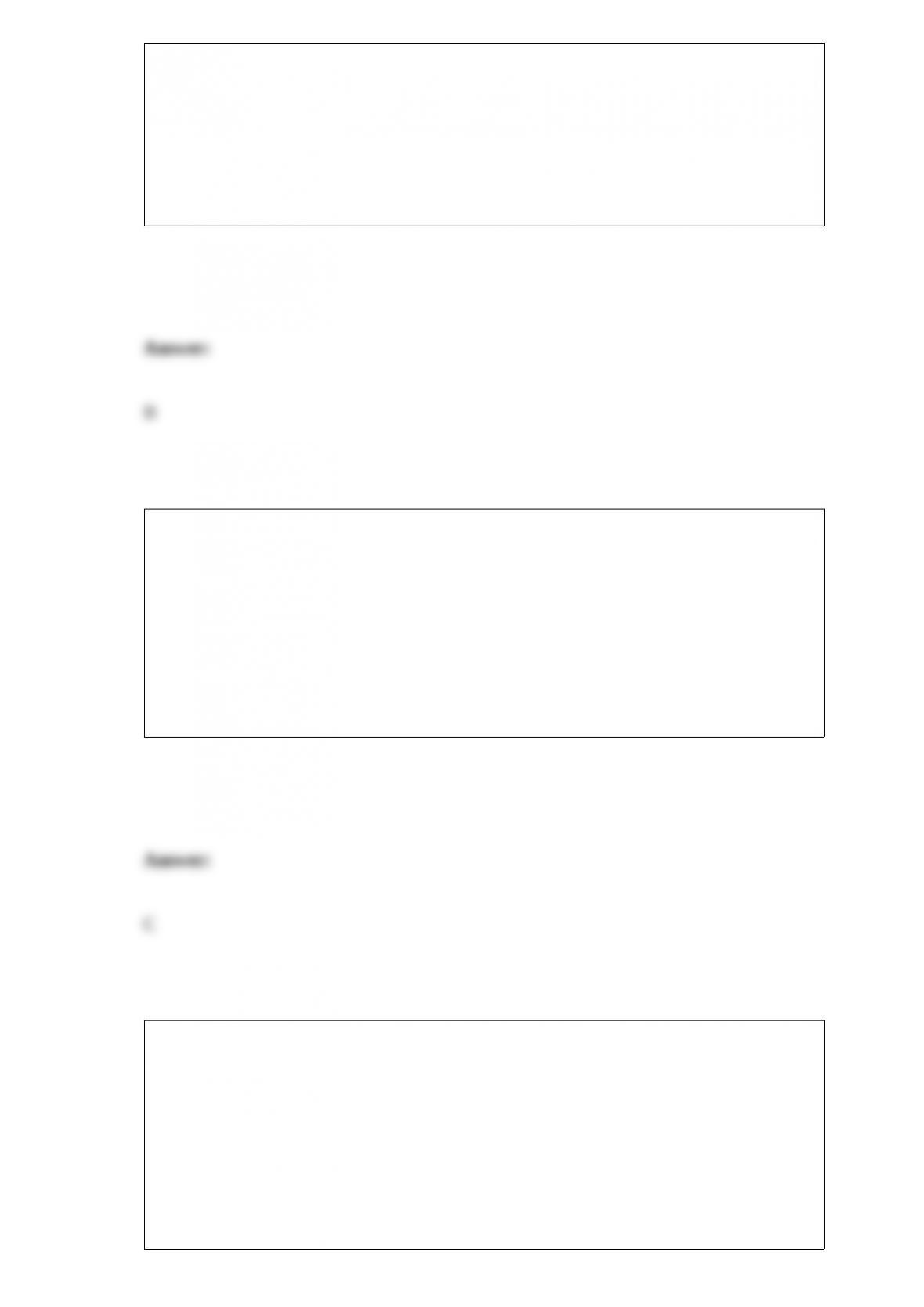 Research shows that obesity has caused a dramatic rise in cases of __________ in
children.
A) asthma
B) diabetes
C) tuberculosis
D) heart disease
The most powerful influence on extracurricular involvement is
A) peer acceptance.
B) high-quality teacher instruction.
C) small school size.
D) effective parenting.
Ryan is a typical emerging adult. Which of the following is he likely to say is the most
essential for attaining adult status?
A) finishing his education
B) settling into a career
C) moving out of his parents' house 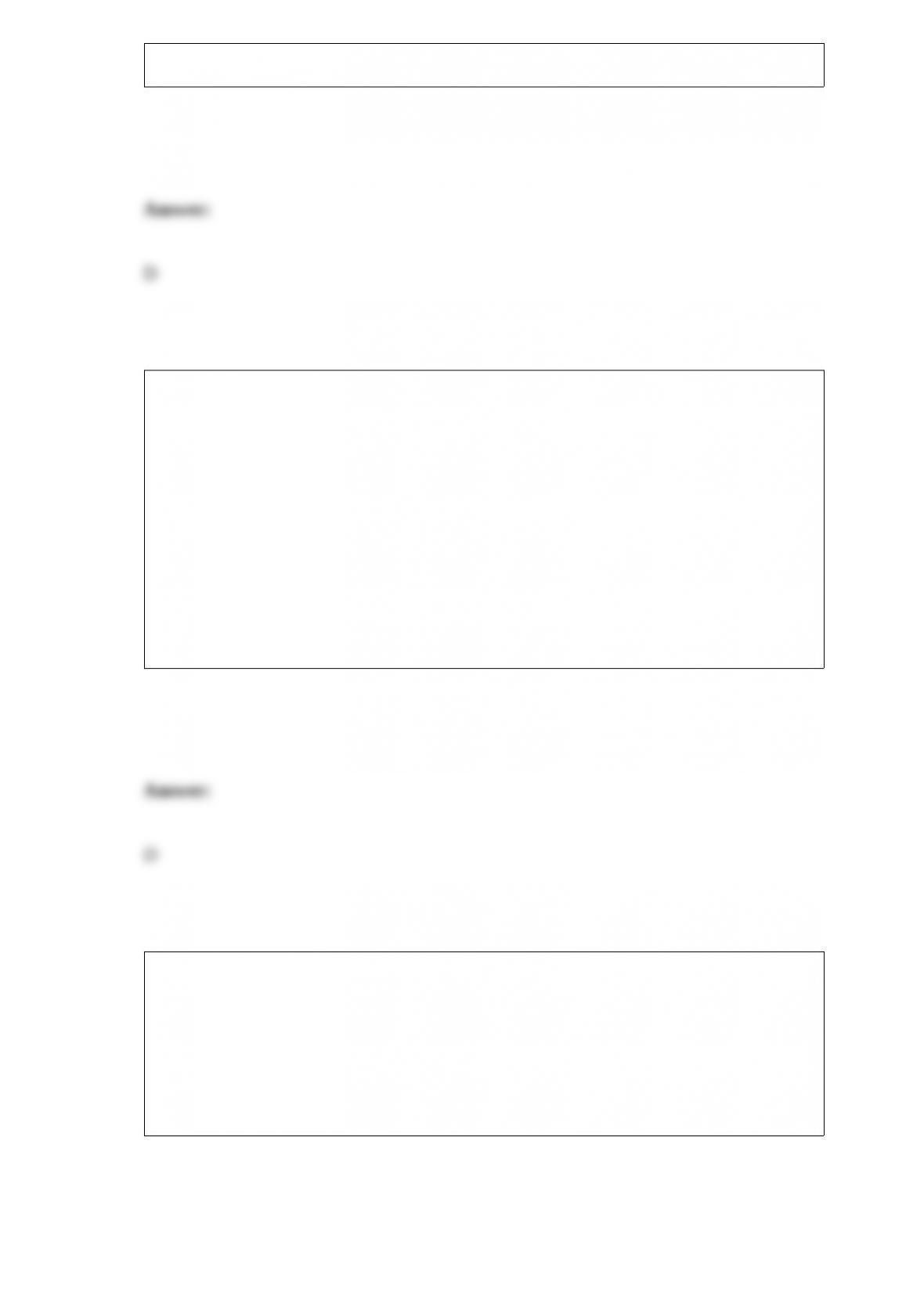 D) constructing a set of beliefs and values to live by
Chomsky's "LAD" is a(n)
A) device that allows parents to directly teach language to children.
B) linguistic tutoring device by which parents provide children assistance in learning
grammatical rules.
C) computer device that attempts to generate the linguistic rules that are needed for
language acquisition.
D) innate system that enables children to understand and speak in a rule-oriented
fashion as soon as they pick up enough words.
By far, the most common chronic disease or condition of children in the United States
is
A) sickle cell anemia.
B) asthma.
C) cystic fibrosis.
D) diabetes. 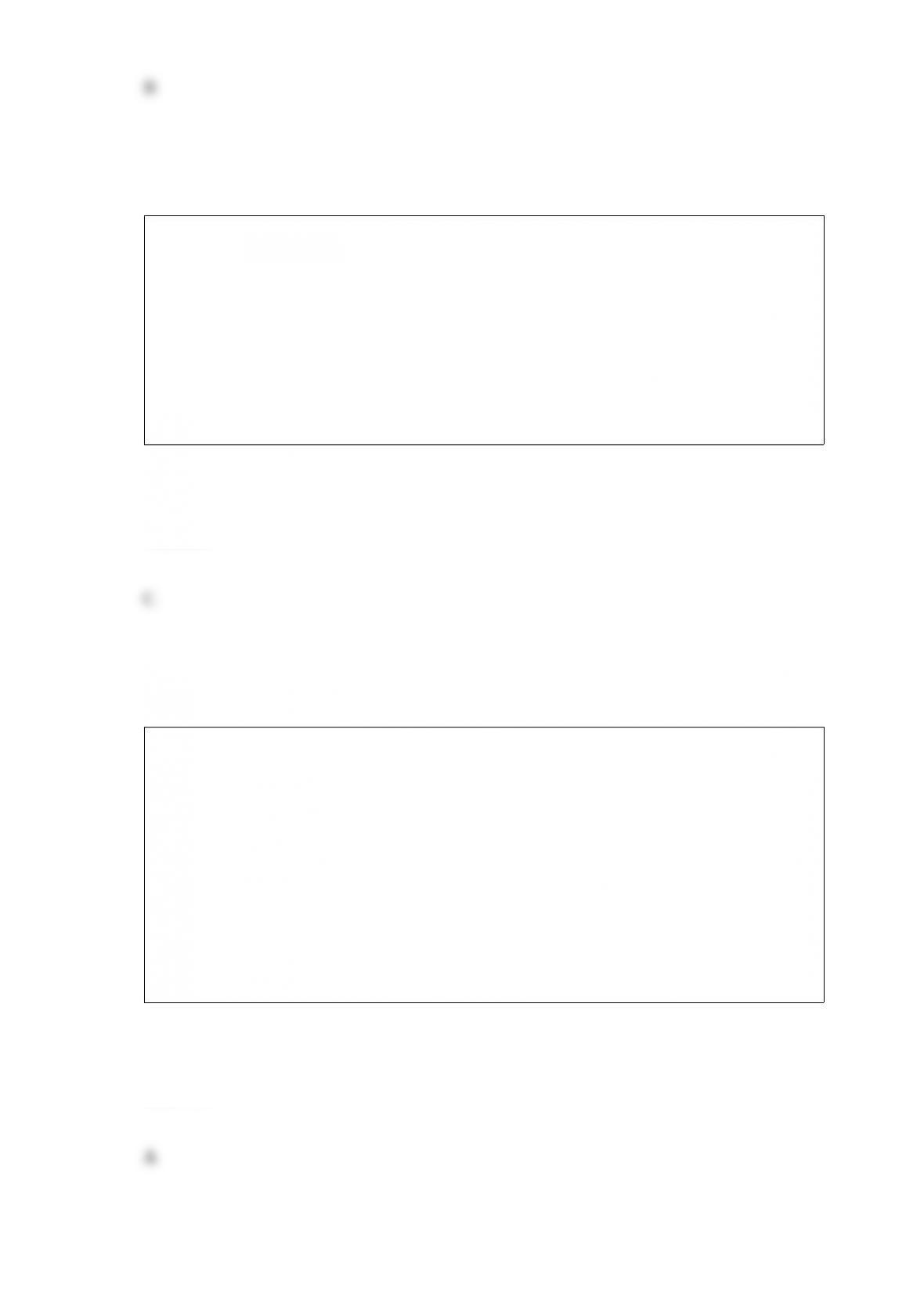 Today, ____ percent of American married couples bear children.
A) 50
B) 60
C) 70
D) 80
Intelligence test scores of infants and toddlers often do not reflect their true abilities
because
A) they easily become distracted, fatigued, or bored during testing.
B) the tests emphasize verbal, conceptual, and problem-solving skills.
C) the tests cannot be relied on for screening developmental problems.
D) the tests only identify infants who are likely to be intellectually gifted as older
children. 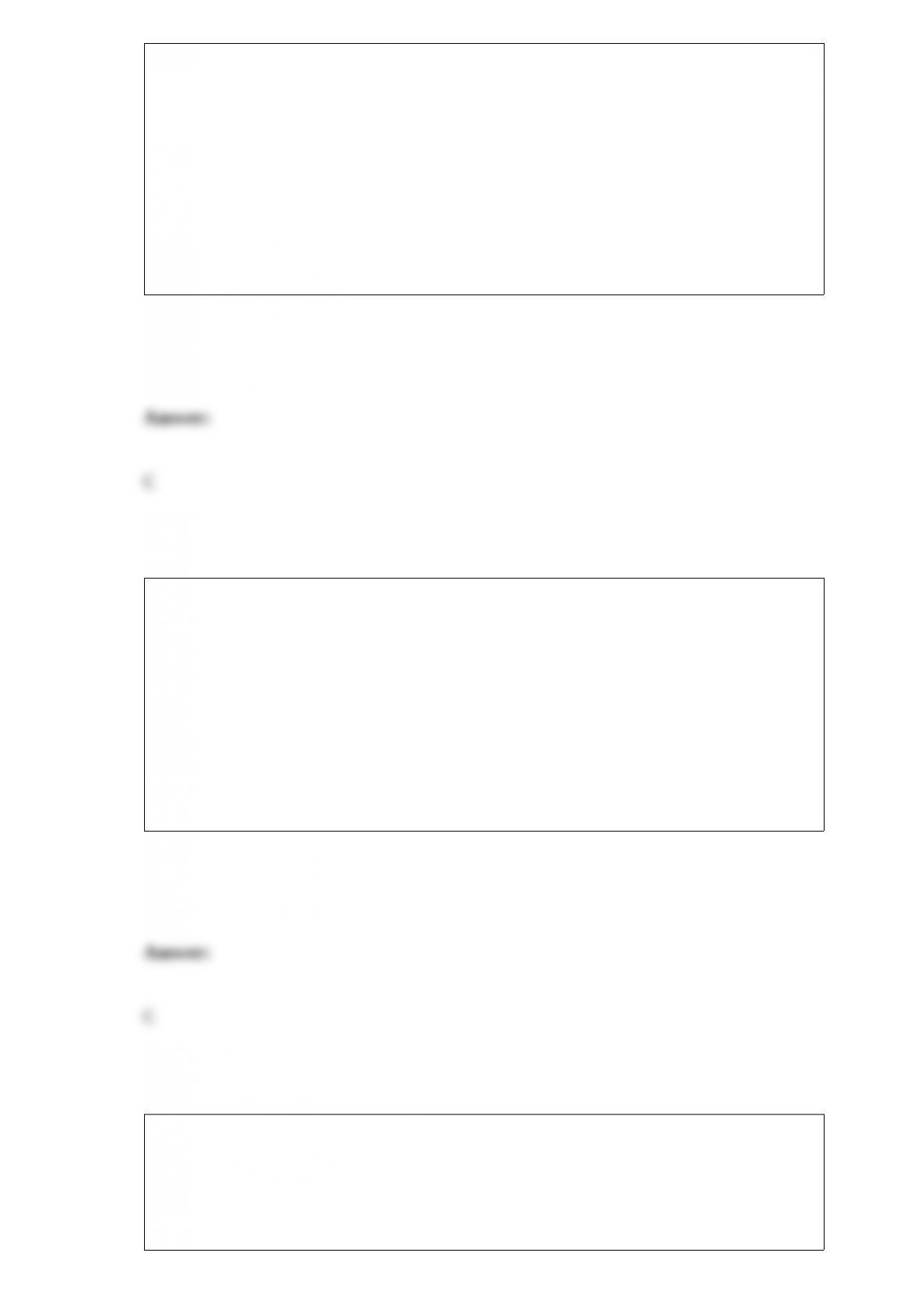 A study conducted showed that fifth and sixth graders describe __________ as the most
influential people in their lives.
A) peers
B) best friends
C) parents
D) siblings
Which of the following statements about gifted education is true?
A) Low-SES and ethnic minority children are overrepresented in school programs for
the gifted.
B) Overall, gifted children do not fare well socially when they are advanced to a higher
grade.
C) Gardner's theory of multiple intelligences has inspired several model programs that
provide enrichment to all students in diverse disciplines.
D) Programs designed to provide enrichment in the regular classrooms are the most
common practice in gifted education.
Research on metacognitive development shows that preschoolers
A) use elaboration and organization more than rehearsal.
B) use memory strategies as effectively as school-age children.
C) view the mind as a passive container of information. 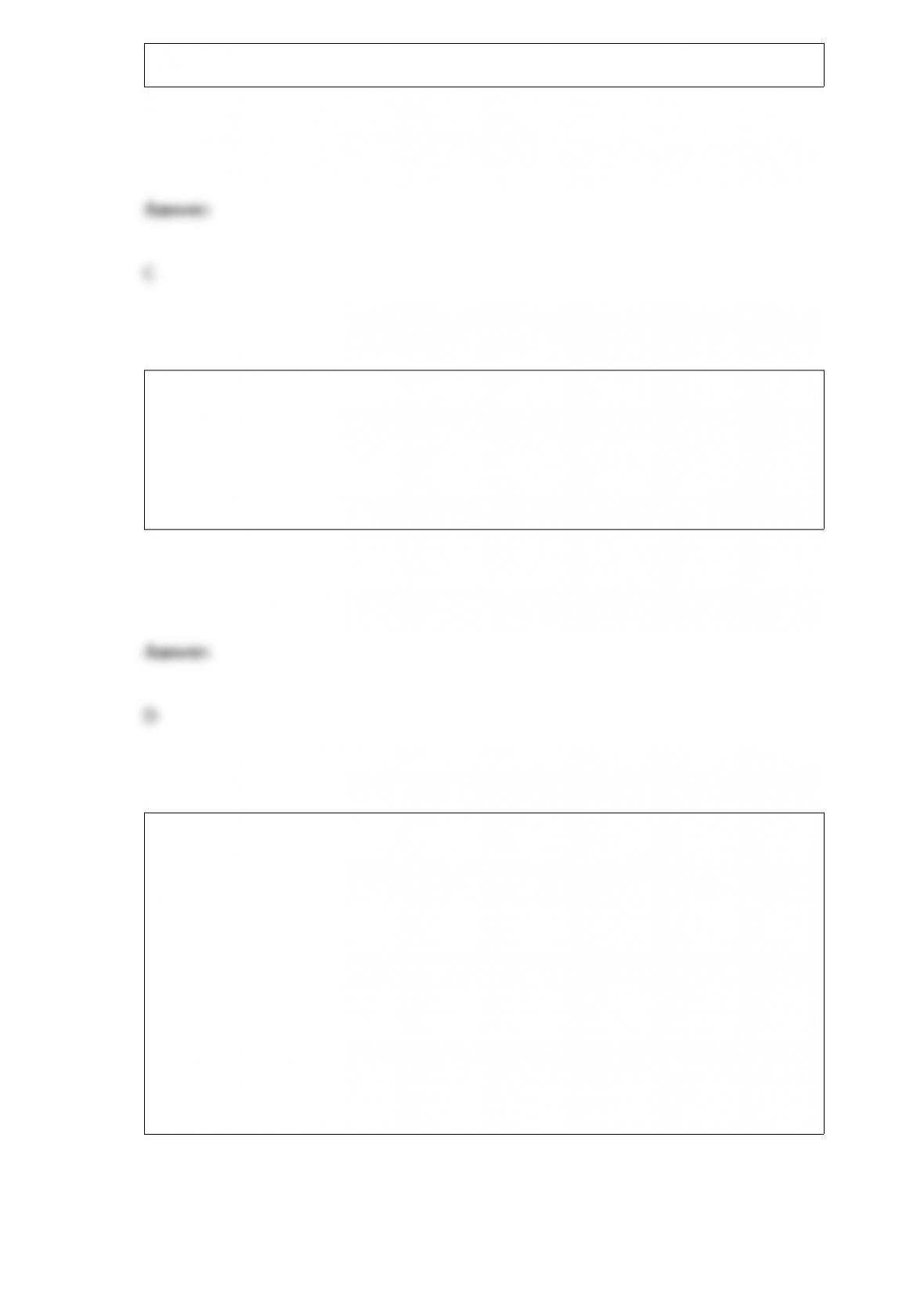 D) view the mind as an active agent.
Adolescents who assume that absolute truth is always attainable tend to be
A) identity-achieved.
B) identity-diffused.
C) in moratorium.
D) identity-foreclosed.
G. Stanley Hall described adolescence as a
A) period so turbulent that it resembles the era in which humans evolved from savages
into civilized beings.
B) time in which teenagers grasp scientific and mathematical principles and grapple
with social and political issues.
C) generally pleasant time of life in which the social environment is responsible for the
range of teenage experiences.
D) brief intervening phase between childhood and full assumption of adult roles and
responsibilities. 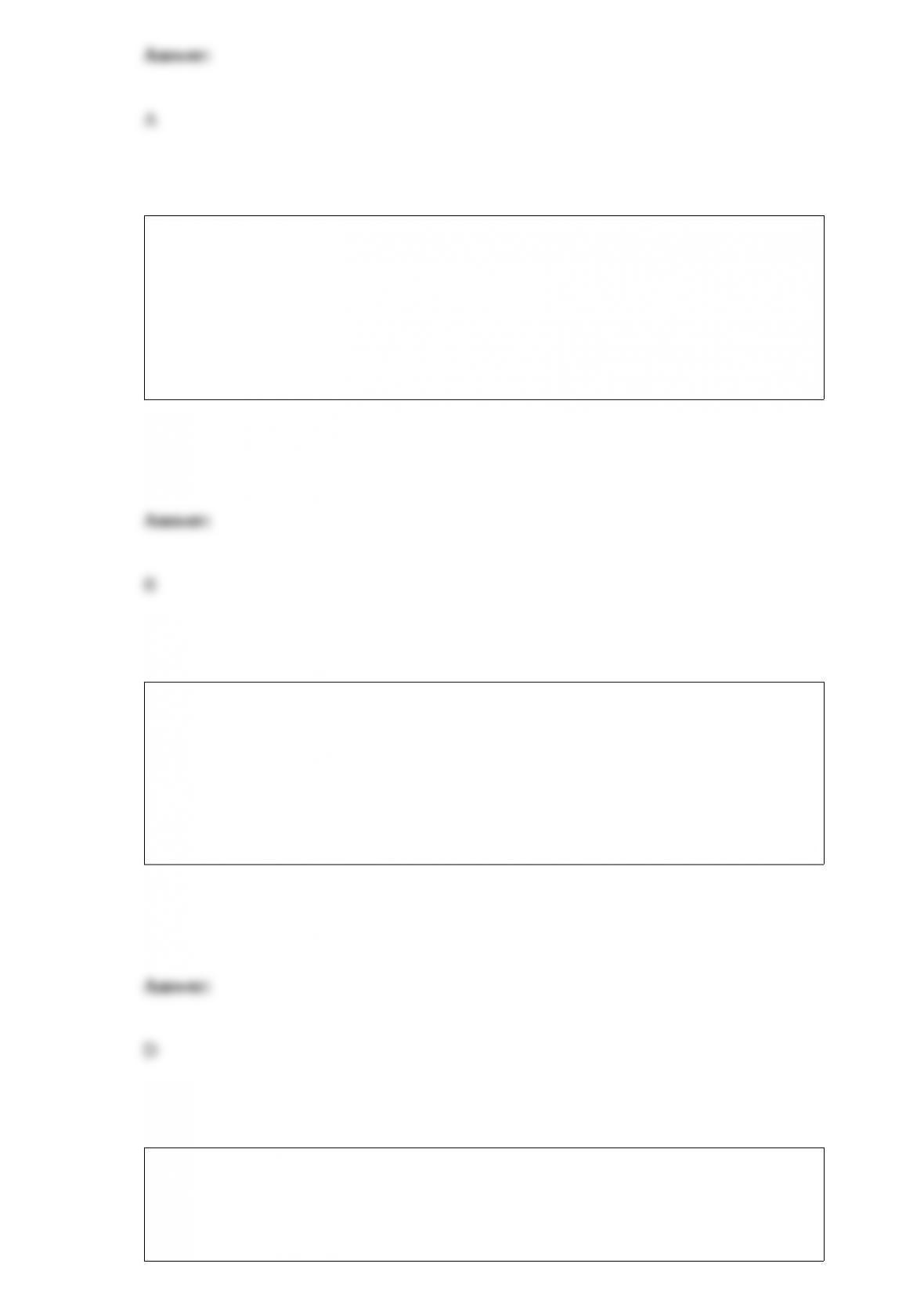 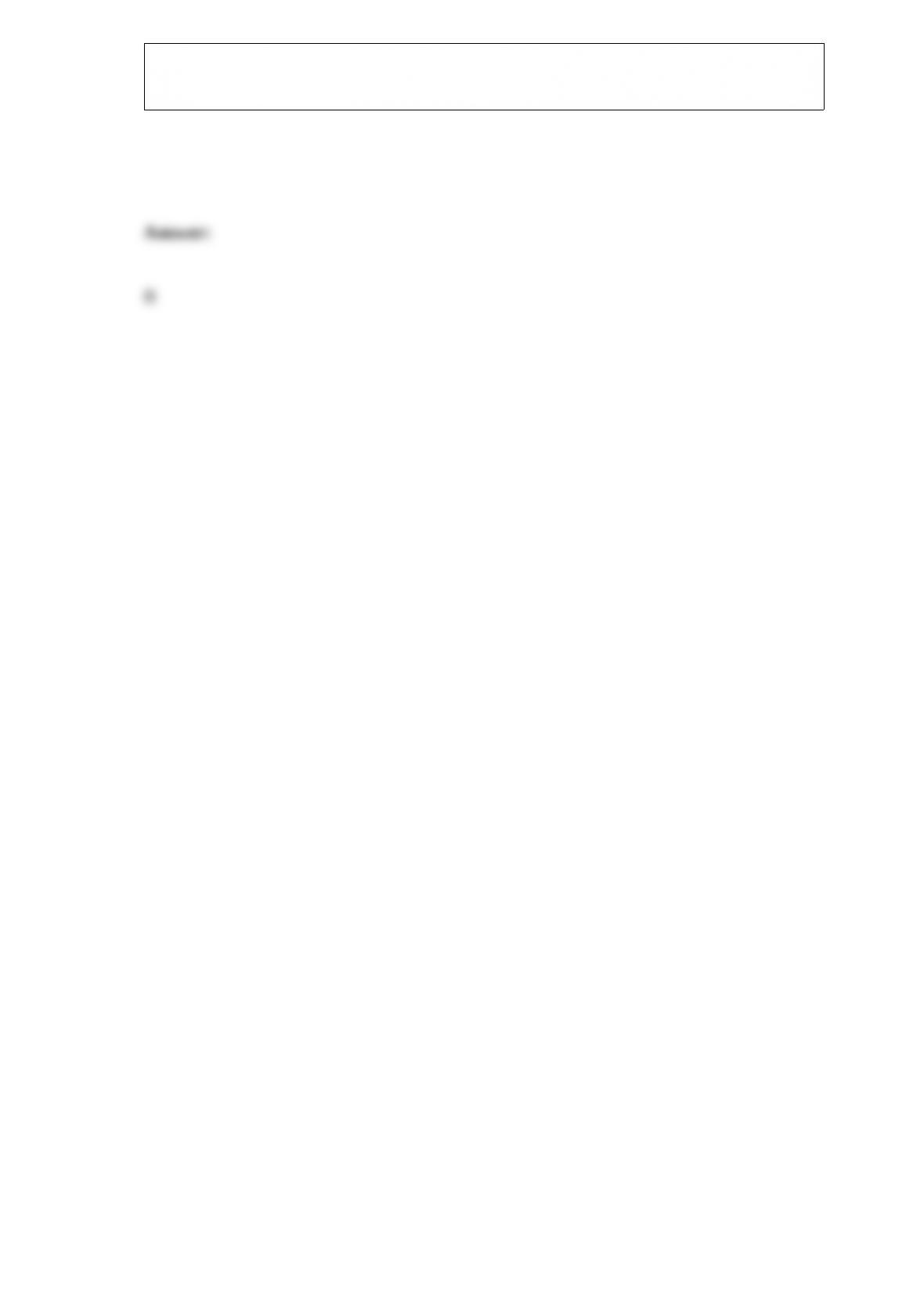 C) have some discipline problems, but few learning difficulties.
D) are overly sympathetic to peers.