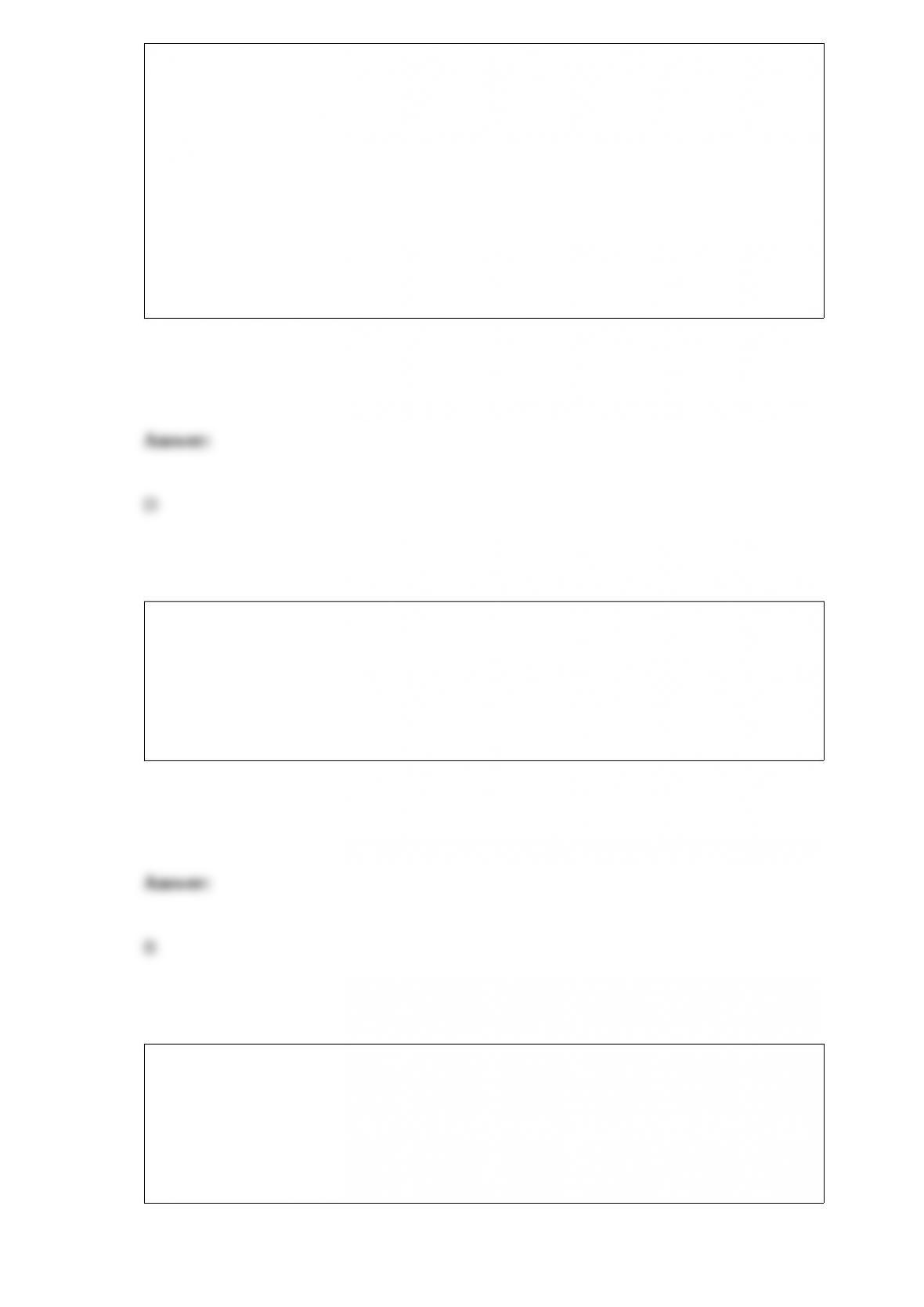 Yolanda, age 2, is being raised in Texas by a single mother. While Yolanda's mother
works, she does not always have sufficient funds to purchase enough food for a healthy,
active life. Yolanda is skinny and withdrawn. Yolanda suffers from
A) marasmus.
B) anorexia.
C) kwashiorkor.
D) food insecurity.
A growing number of researchers believe the midadult transition
A) is stagelike.
B) is an adaptation to normative life events.
C) does not exist.
D) is a series of age-graded life events.
Once abuse begins,
A) the harshness tends to decrease.
B) it quickly becomes part of a self-sustaining relationship.
C) maltreating parents hyperfocus on their children.
D) communication is as often as positive as it is negative. 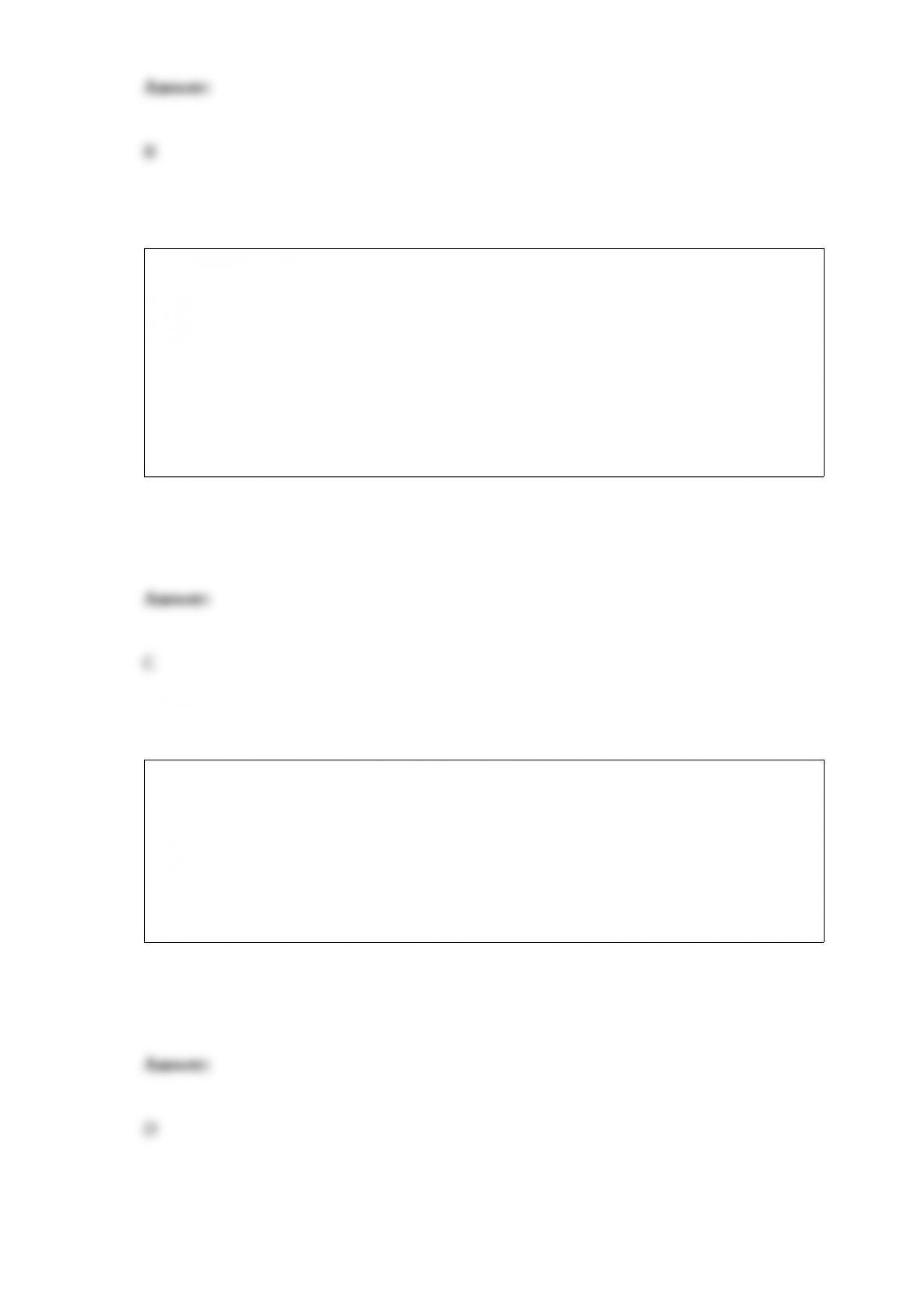 Spatial skills
A) increase at an astonishing pace in early childhood.
B) support children's improved executive function.
C) develop gradually over childhood and adolescence.
D) are typically housed in the left hemisphere.
Frank has intense, crushing pain in his chest. The doctors inform him that his heart is
oxygen deprived. Frank has
A) arterial thrombosis.
B) atherosclerosis.
C) arrhythmia.
D) angina pectoris. 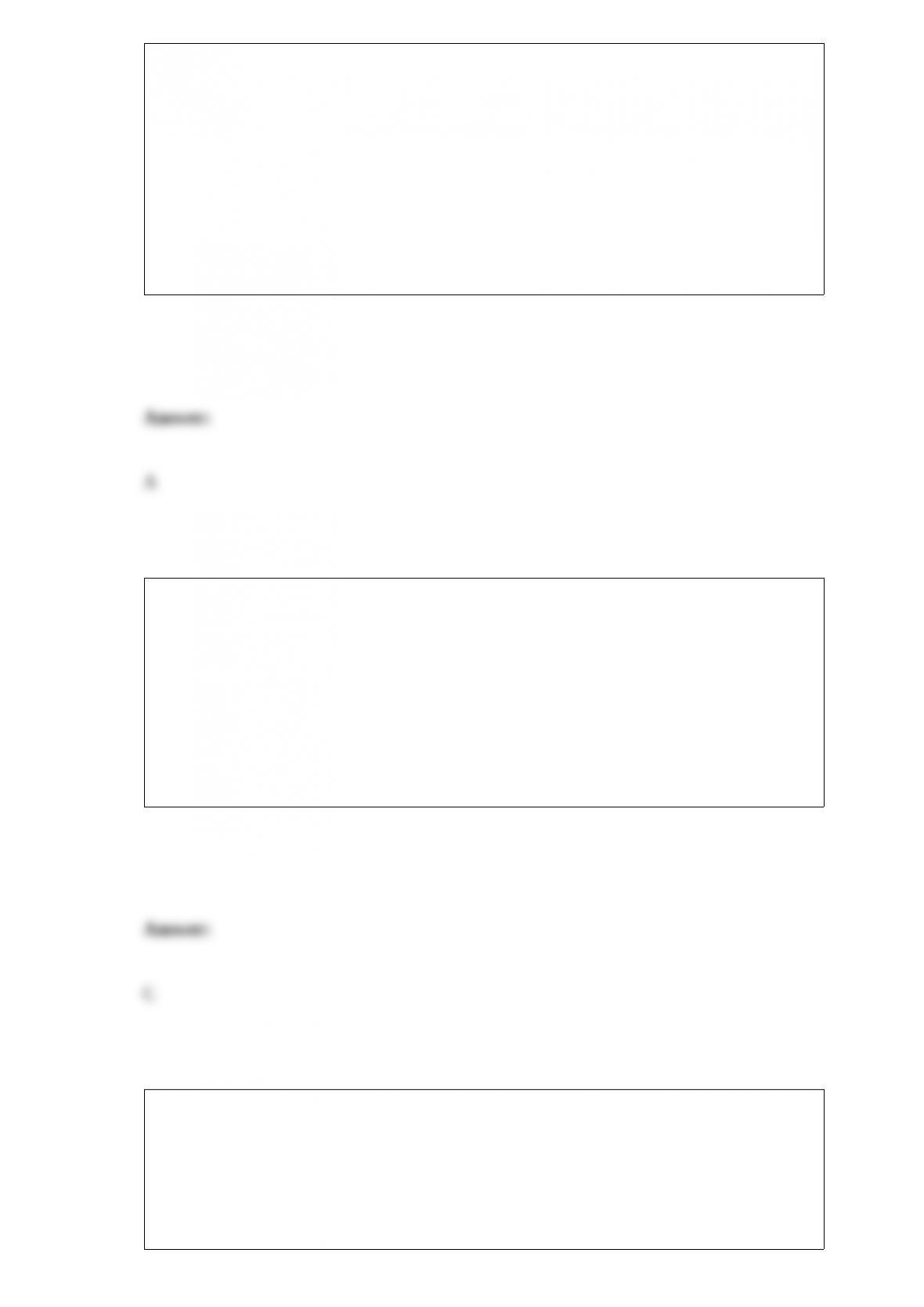 A major reason that sustained attention improves in the preschool years is
A) a steady gain in children's ability to inhibit impulses and keep their mind on a
competing goal.
B) that adults use scaffolding to help children focus on one task at a time.
C) that children become increasingly bored by novelty.
D) that children become better at distinguishing appearance from reality.
Piaget's first stage, the sensorimotor stage, spans the first __________ of life
A) six months
B) one year
C) two years
D) three years
About _____ percent of U.S. mothers report drinking at some time during their
pregnancies.
A) 10
B) 15
C) 20 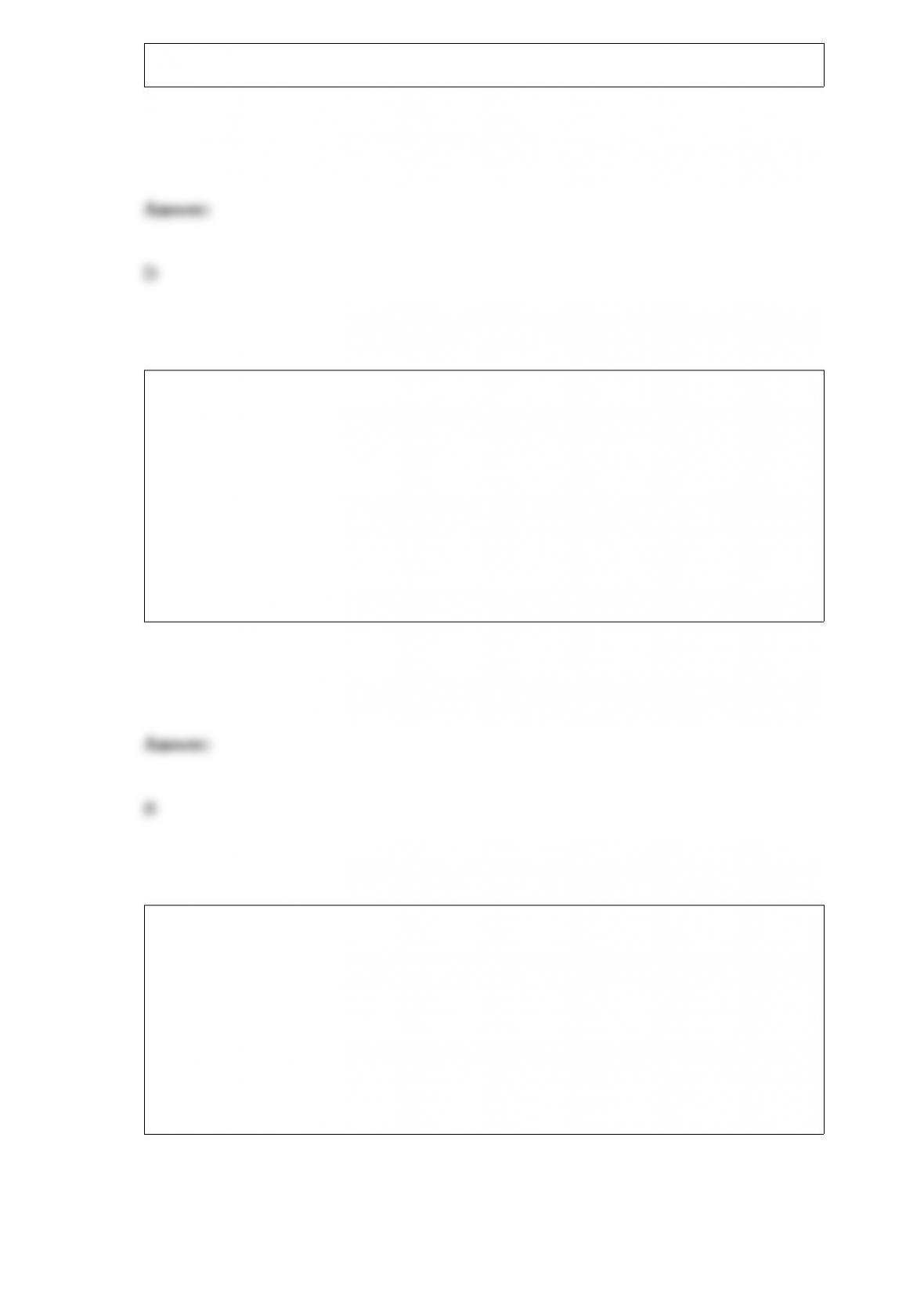 D) 25
Sociologist George Herbert Mead proposed that a __________ emerges when children
adopt a view of the self that resembles others' attitudes toward the child.
A) sense of doubt
B) well-organized psychological self
C) superiority complex
D) strong sense of guilt
Twins occur more often among __________ women than __________ women.
A) white; black
B) Asian; black
C) tall; short
D) younger; older 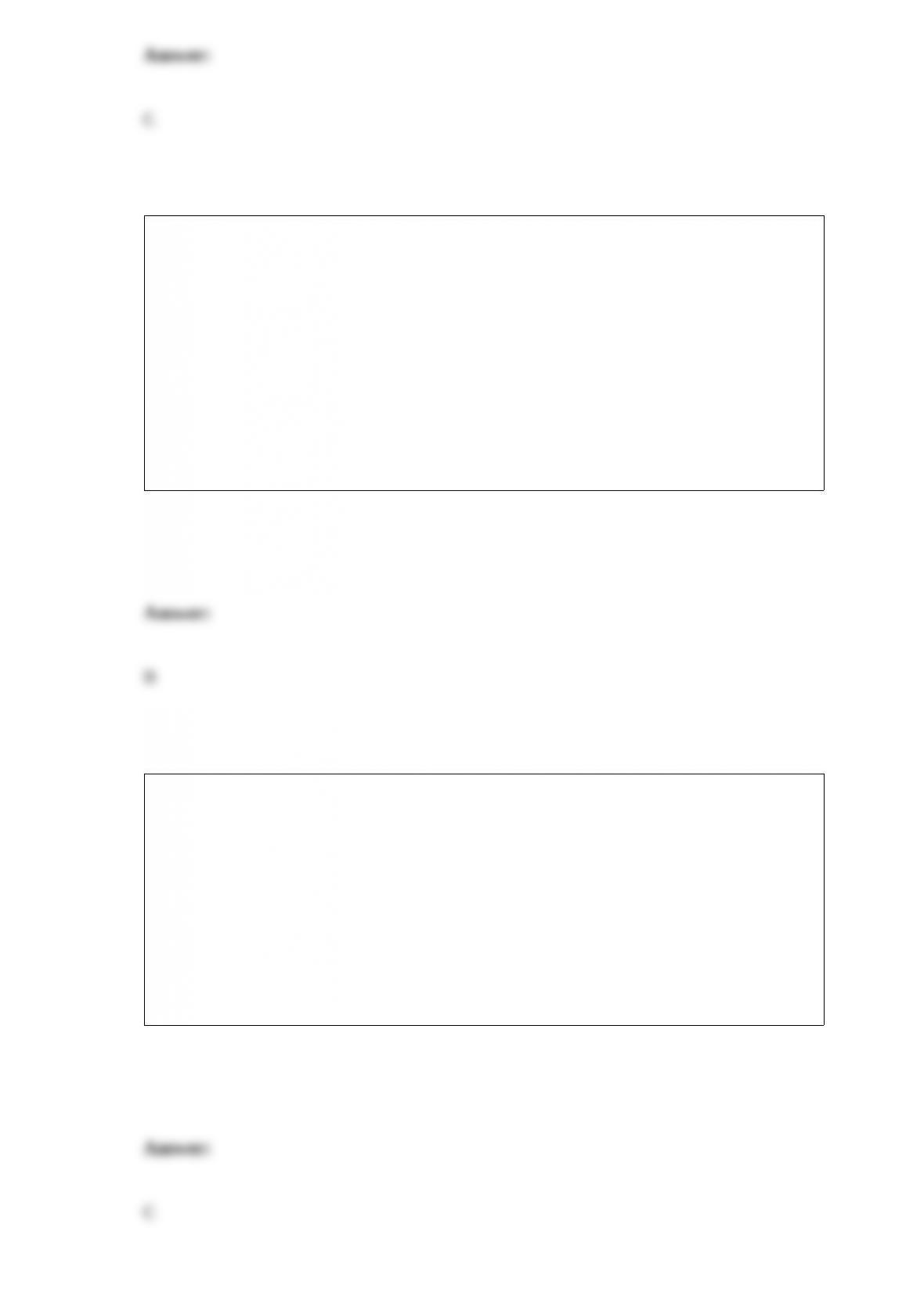 Which of the following statements about dropping out of high school is true?
A) Students placed in a vocational track are much more likely to graduate from high
school than those placed in a college preparatory track.
B) Risk factors in first grade predict dropout nearly as well as risk factors in secondary
school.
C) Nearly all dropouts achieve poorly and show high rates of norm-violating acts.
D) The dropout rate is higher among African-American than among Hispanic teenagers.
Because he has mobility problems, Mr. Dow has a phone that can be dialed and
answered by voice commands. This is an example of
A) a smart-device.
B) selective optimization with compensation.
C) assistive technology.
D) assisted living. 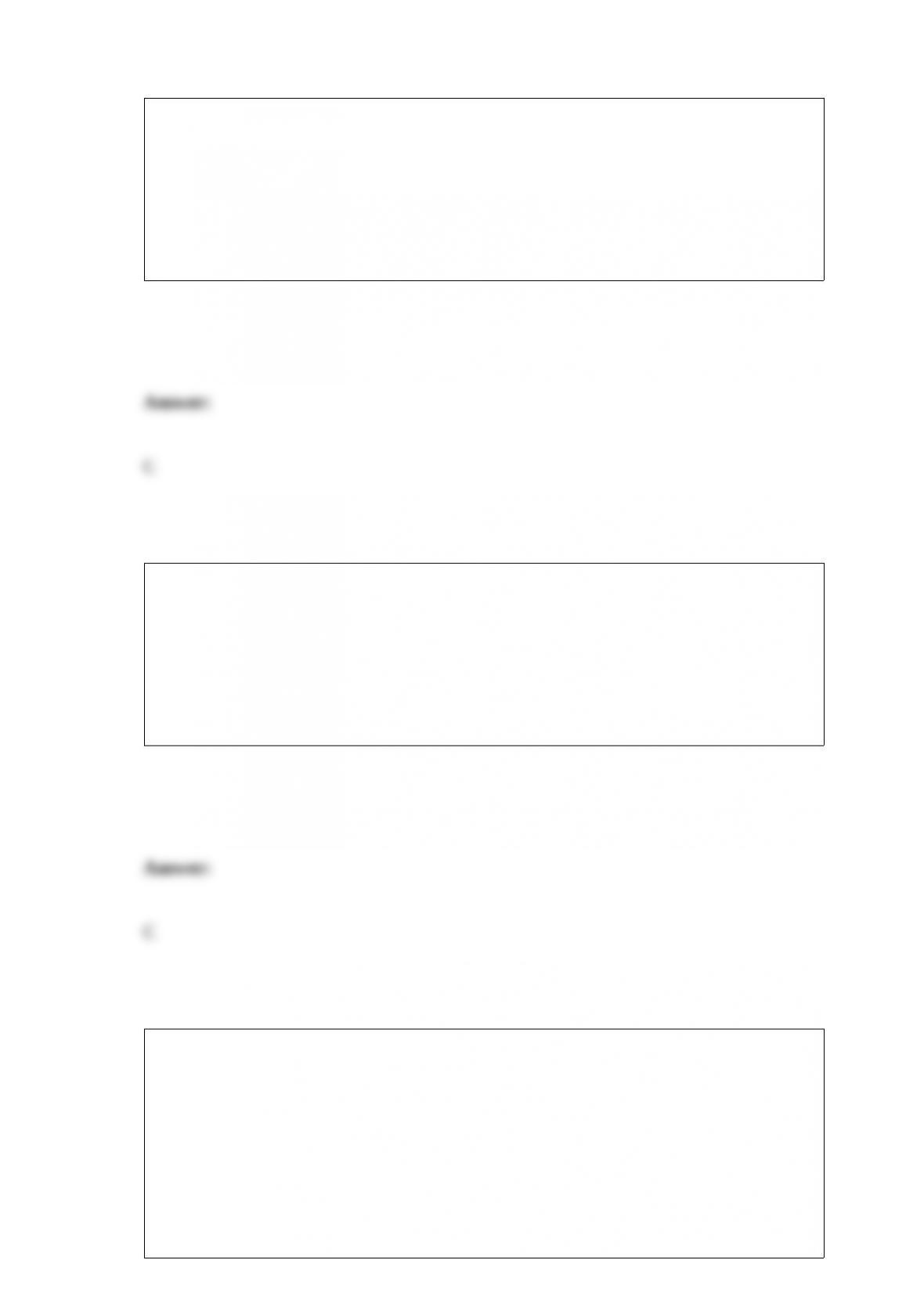 Middle-aged adults who have made desired life changes are typically higher in
__________ than those who acknowledge life regrets without making desired changes.
A) financial resources
B) social support
C) confidence and assertiveness
D) education and training
Which of the following statements about sexual coercion is true?
A) Male rape victims report mostly female perpetrators.
B) Less than one-third of all sexual assaults take place while people are intoxicated.
C) Male victims often report that women perpetrators threatened to end a relationship
unless the victim complied.
D) Approximately 5 percent of female rape victims are physically injured.
Amelia has well-developed emotional self-regulation. She feels that she is in control of
her emotional experience. Amelia has acquired
A) perspective-taking skills.
B) an ideal self.
C) a sense of emotional self-efficacy. 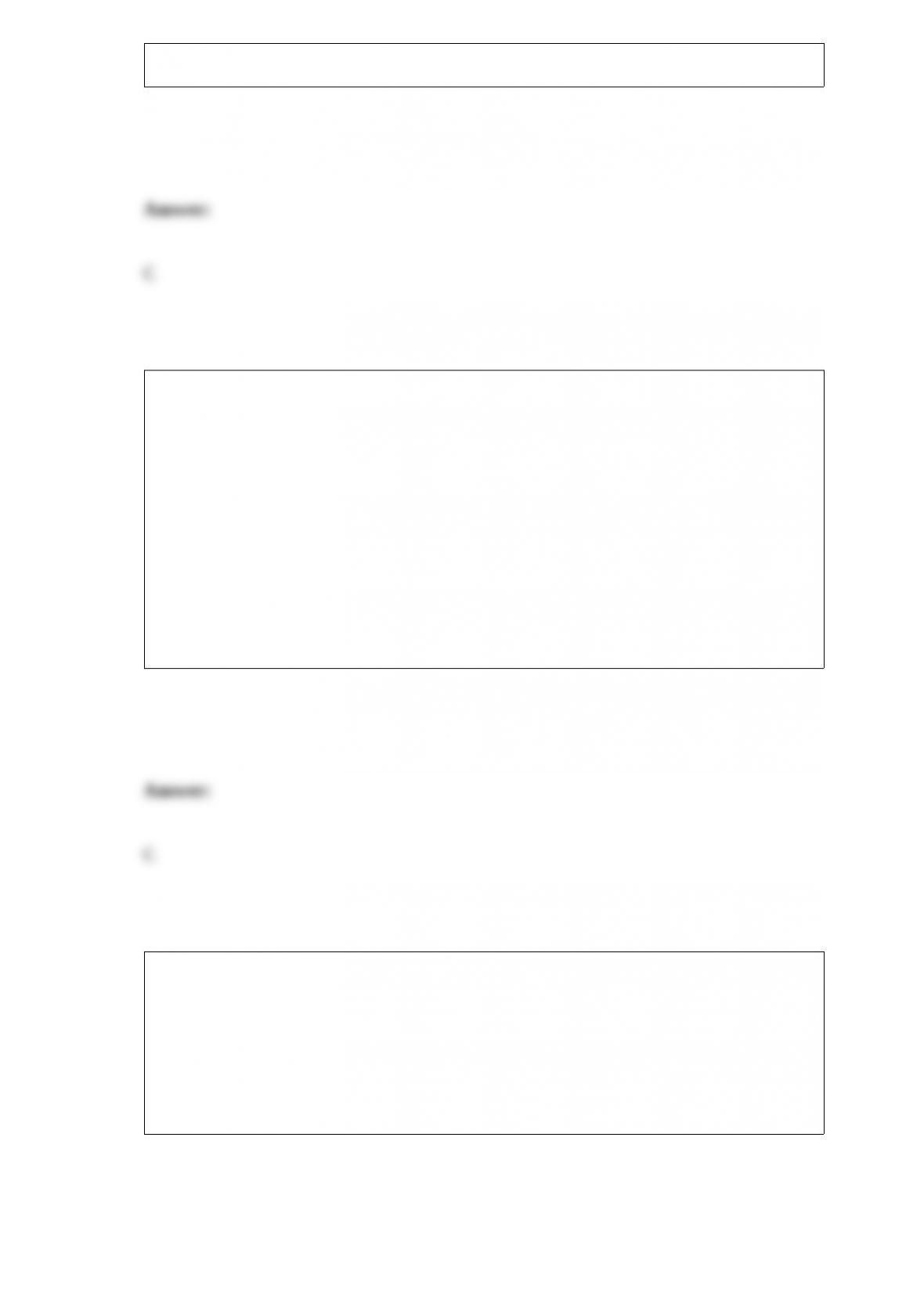 D) coregulation strategies.
During puberty, neurons become more responsive to excitatory neurotransmitters. As a
result, adolescents
A) handle stressful events better than most adults.
B) experience pleasurable stimuli less intensely, causing them to seek outside
stimulation, such as illicit drugs.
C) react more strongly to stressful events and experience pleasurable stimuli more
intensely.
D) require less nightly sleep than school-age children and adults.
Effective interventions for children and adolescents following violent deaths
A) include reexposure to the incident to help them confront their fears.
B) deemphasize loss-oriented activities and focus on restoration-oriented activities.
C) assist parents and teachers with their own distress so they can effectively offer
comfort.
D) deemphasize restoration-oriented activities and focus on loss-oriented activities. 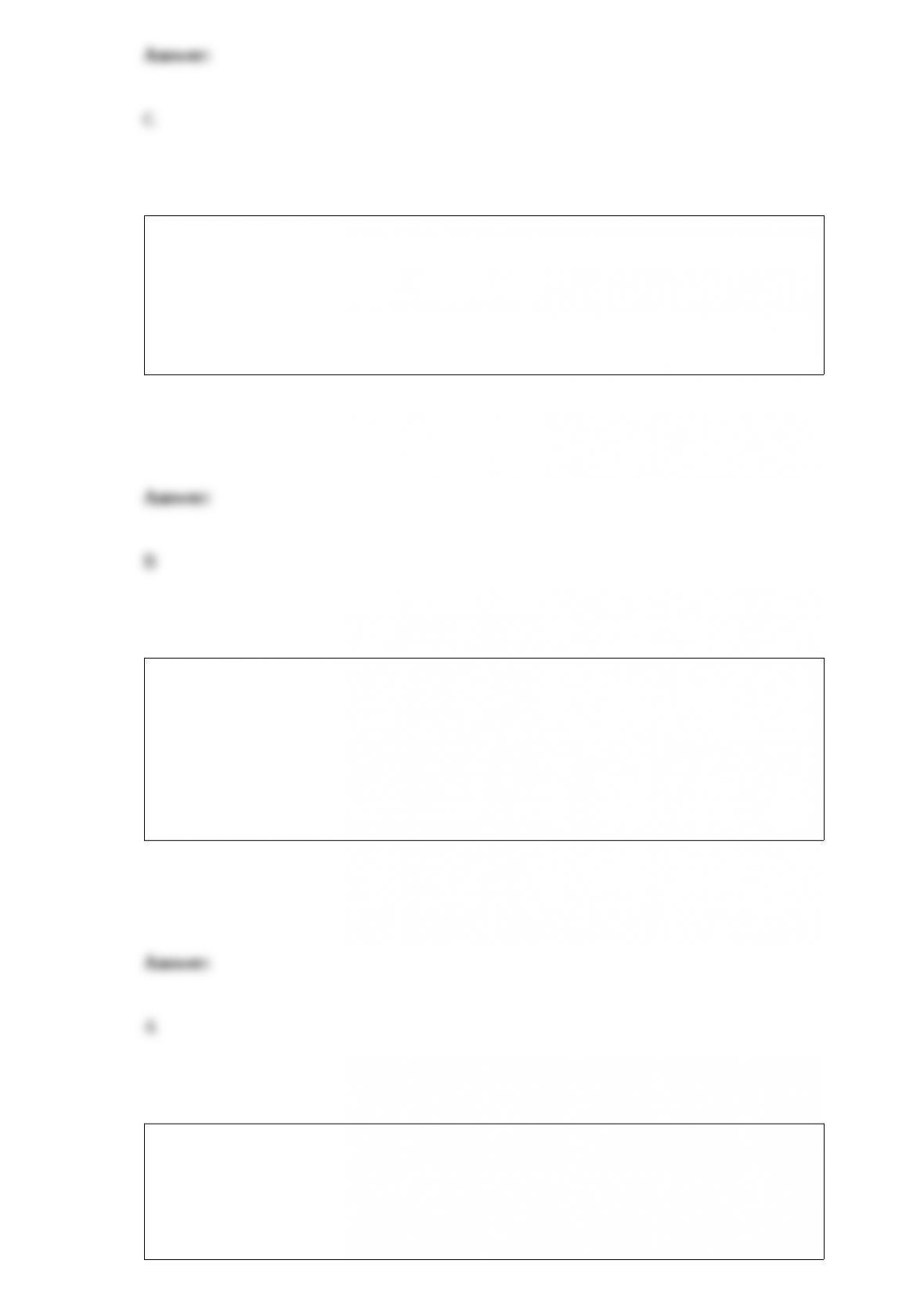 Following prolonged dying, survivors may
A) feel more overwhelmed immediately following the death.
B) display more persistent anxiety due to long-term stressors.
C) experience pronounced avoidance.
D) feel unexplained anger toward the deceased.
__________ cancer is the most common cause of cancer deaths in both genders,
worldwide.
A) Lung
B) Breast
C) Colon
D) Rectal
__________ requires people to size up real-world situations and analyze how best to
achieve goals that have a high degree of uncertainty.
A) Expertise
B) Practical problem solving 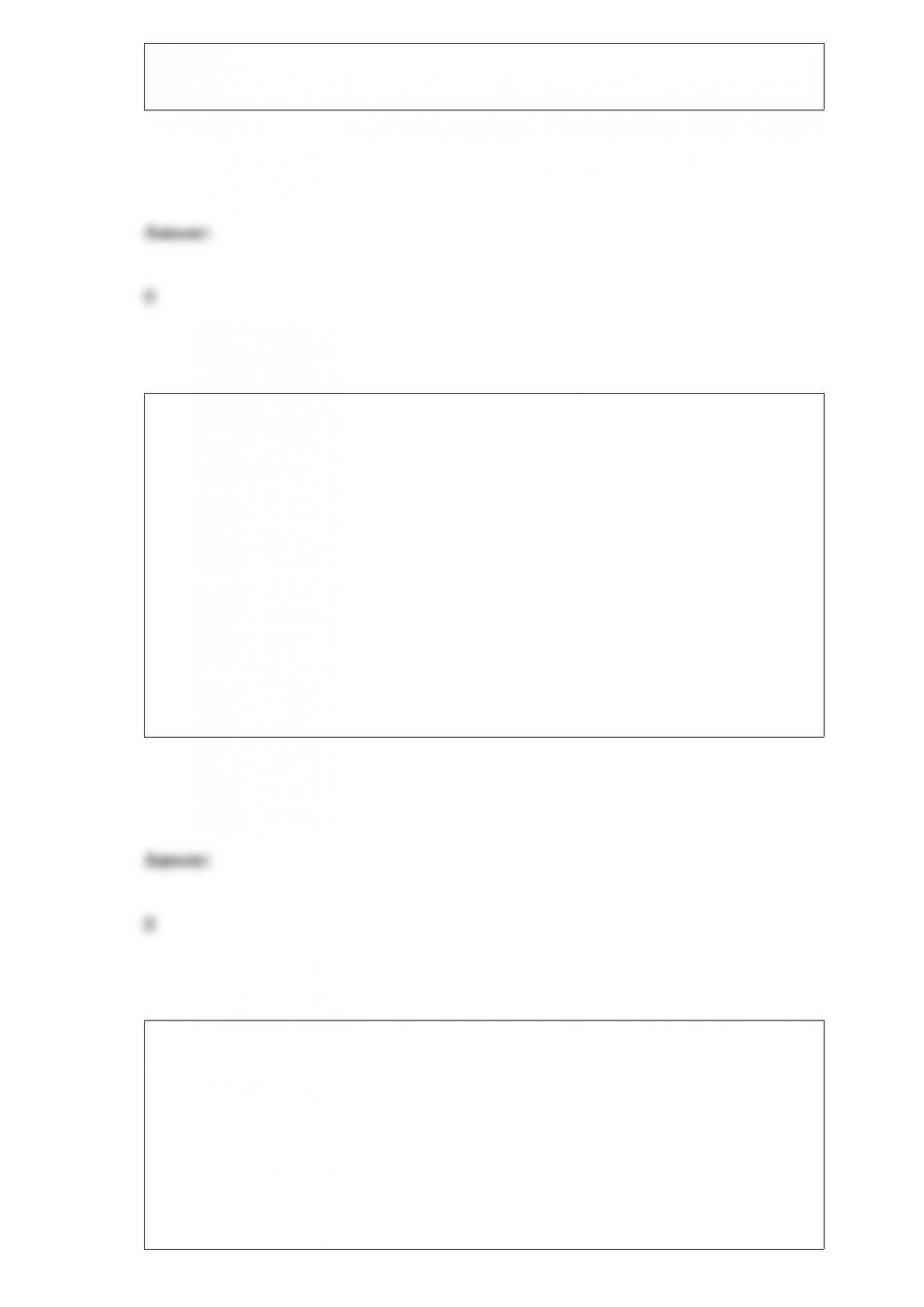 C) Intuition
D) Fluid intelligence
Which of the following is an accurate statement about risk and resilience in emerging
adulthood?
A) Emerging adults are susceptible to many risks due to their poor decision making and
uncertainty about the future.
B) Feelings of loneliness are higher during the emerging adulthood years than at any
other time in life.
C) College students who feel securely attached to their parents tend to have difficulty
adjusting to living on campus.
D) Emerging adults with information-gathering cognitive styles tend to be the least
resilient.
Central Middle School has a large student body. Staff can minimize the effects of
school transitions by
A) offering differentiated instruction for students.
B) requiring students to participate in at least one extracurricular activity.
C) forming smaller units within the school. 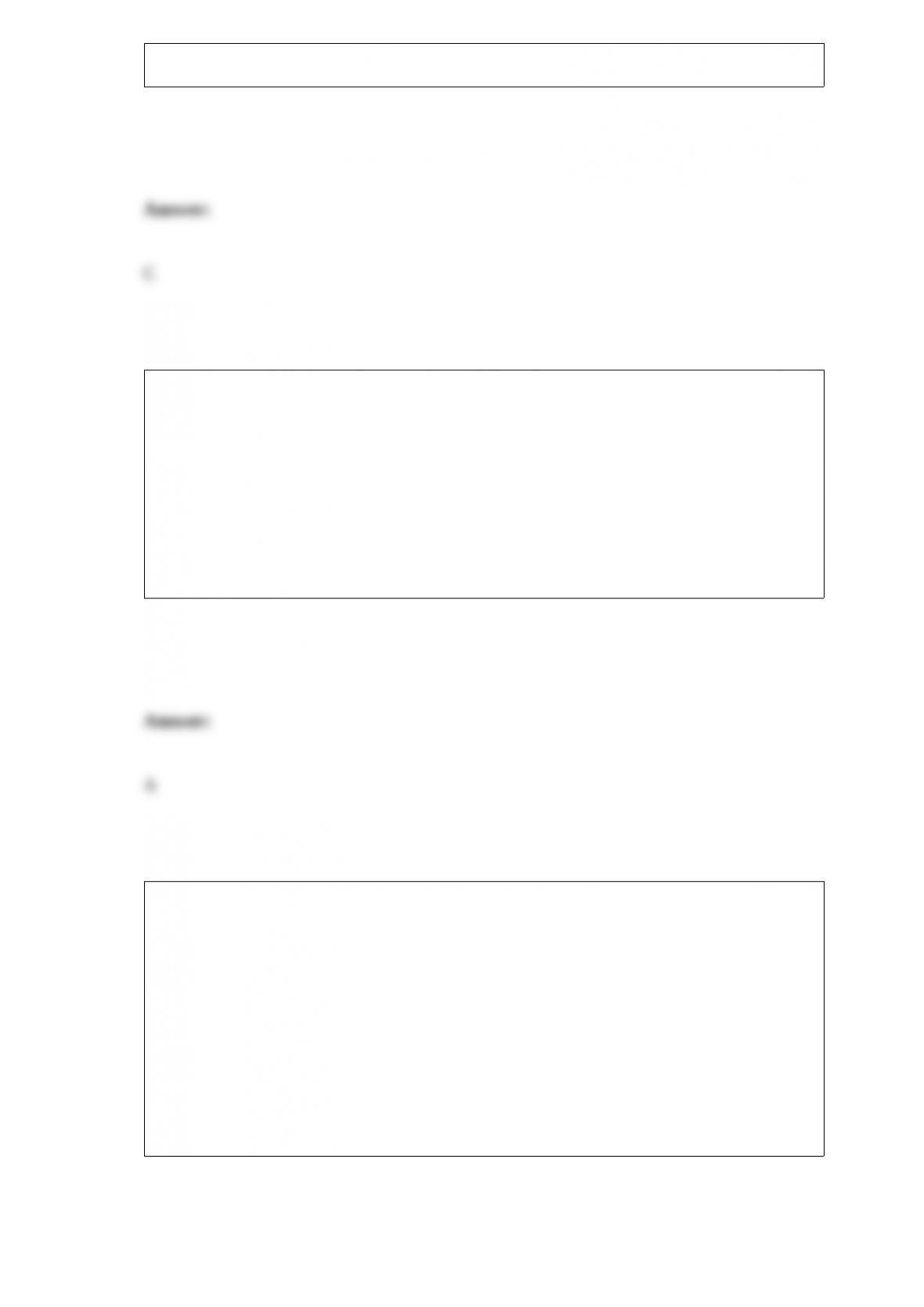 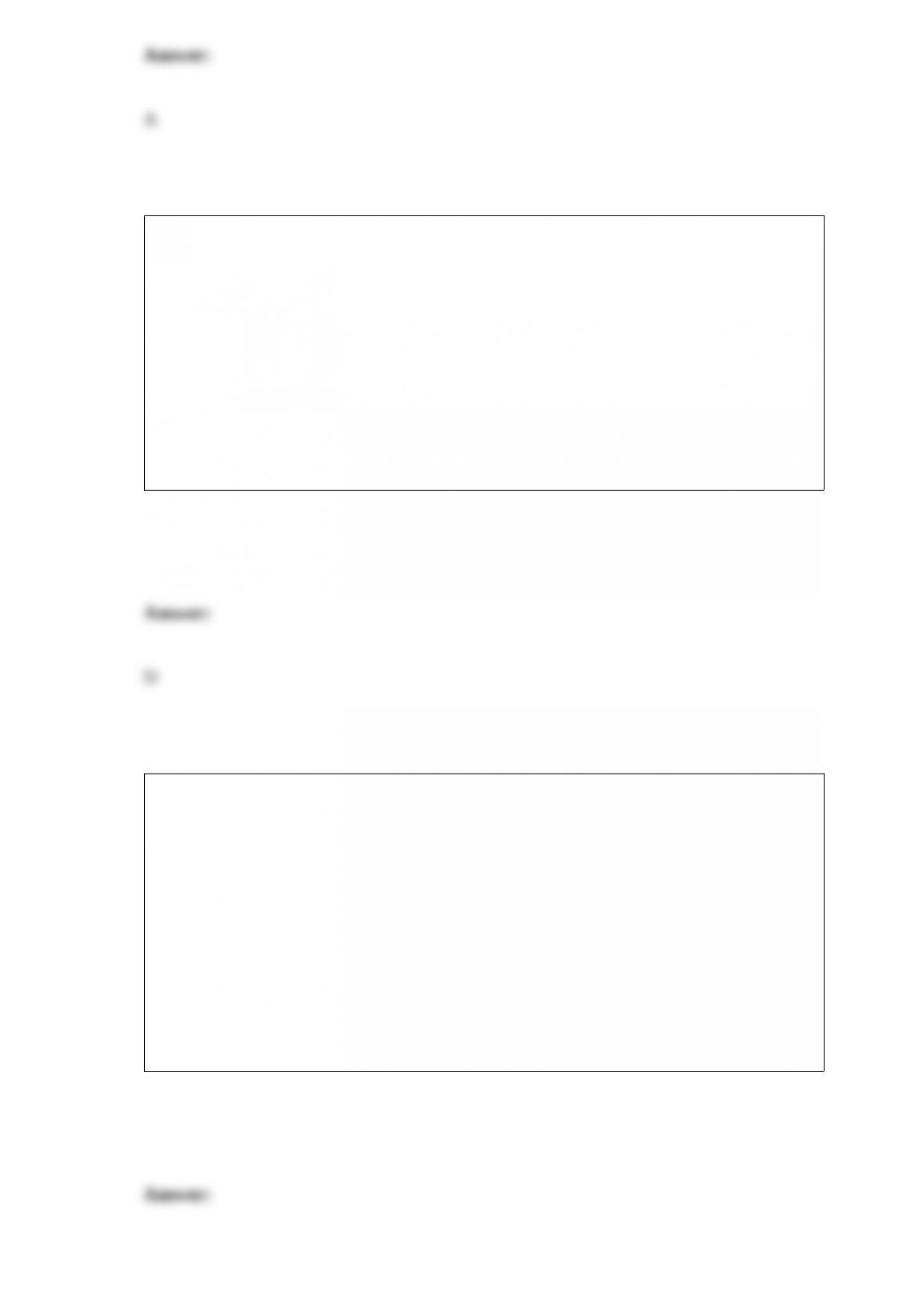 Emme selectively attends to and better recalls emotionally positive over negative
information. Emme has the ability to maximize positive emotion and dampen negative
emotion. This ability is known as
A) gerotranscendence.
B) ego differentiation.
C) ego transcendence.
D) affect optimization.
Which of the following statements about Levinson's findings is true?
A) Many men remained unsettled in their thirties, often because they added an
occupational or relationship commitment.
B) Not until middle age did many women reach career maturity and take on more
authority in the community.
C) To create an early adulthood culminating life structure, women usually "settled
down" by focusing on certain relationships and aspirations.
D) For both men and women, a second transition occurred around age 25. Andy spends a lot of time pondering the process and circumstances of dying. Andy is
most likely
A) a teenager.
B) a child.
C) in late adulthood.
D) in early adulthood.
Which of the following statements about lifelong learning programs is true?
A) They primarily cater to older adults with little education and limited income.
B) The Road Scholar program originated in France and provides Western Europeans
with university-sponsored courses.
C) Osher Lifelong Learning Institutes offer older adults a wide array of stimulating
learning experiences.
D) The University of the Third Age was formerly called Elderhostel and attracts nearly
100,000 American and Canadian older adults. Toby, a baby boomer, is likely to score higher than his father at the same age on verbal
memory, inductive reasoning, and spatial orientation. Toby's performance compared to
his father's is likely due to generational advances in
A) emotional intelligence.
B) perceptual speed.
C) education.
D) naturalistic intelligence.
A major shortcoming of the componential approach is that it
A) overemphasizes the role of situational factors in intelligence.
B) regards intelligence as entirely due to causes within the child.
C) regards intelligence as entirely due to external forces.
D) overemphasizes the role of cultural experiences in intellectual development.
For the first time in her career, 43-year-old Schuyler is truly satisfied with her job.
Which of the following aspects of Schuyler's job satisfaction is the most likely to have
improved?
A) contentment with pay
B) satisfaction with promotions
C) happiness with the work itself
D) contentment with supervision