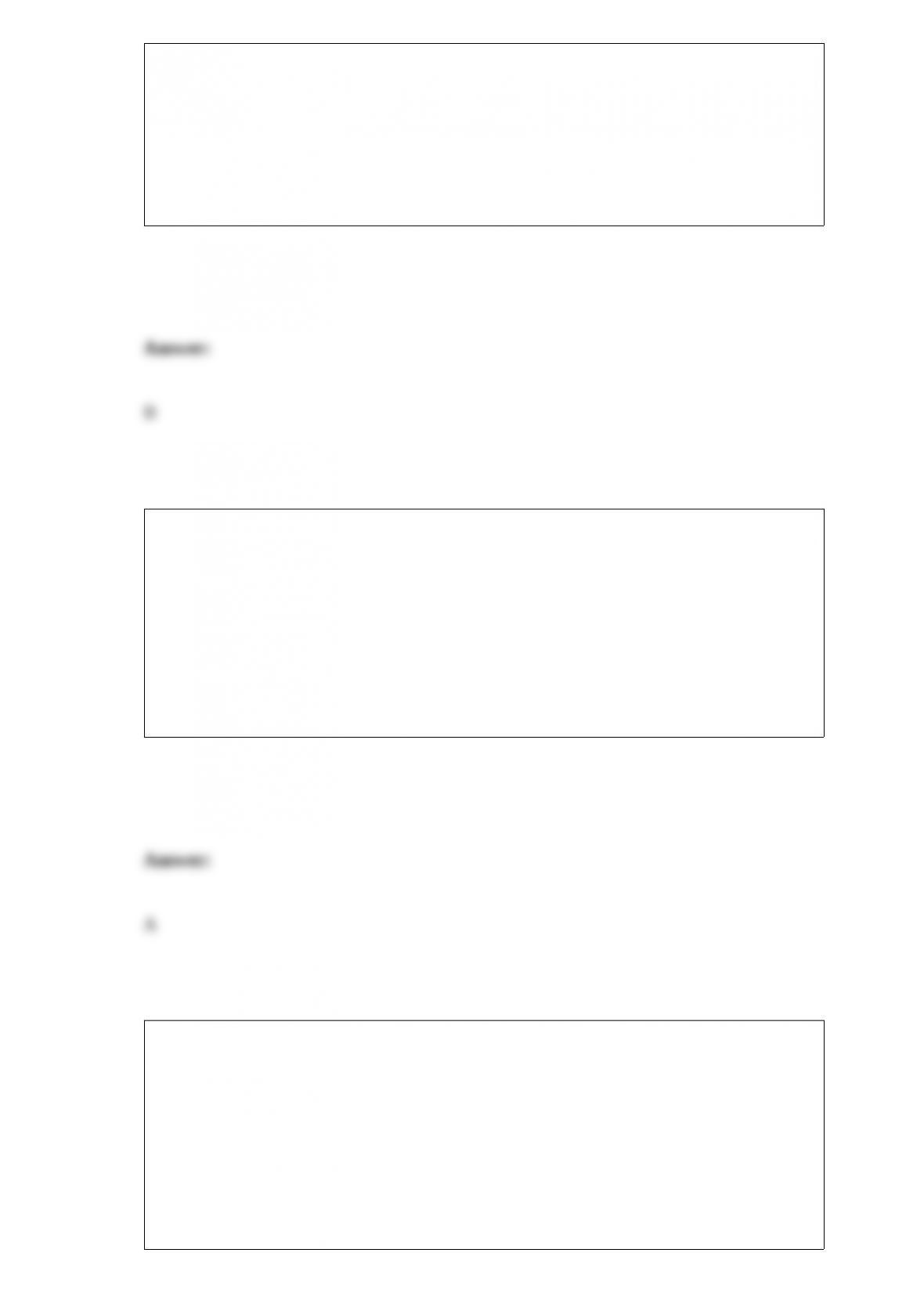 Compared with grandchildren in intact families, grandchildren in single-parent and
stepparent families report
A) engaging in fewer activities with their grandparents.
B) engaging in more diverse, higher-quality grandparent activities.
C) significant conflict with their grandparents.
D) less interest in having a close relationship with their grandparents.
Participation of older adults in continuing education programs
A) has increased substantially over the past few decades.
B) has decreased slightly over the past decade.
C) is expensive and physically taxing.
D) reinforces negative stereotypes by challenging them beyond their capabilities.
Which of the following individuals will probably have the highest number of other-sex
friends?
A) Mary, a single mother and high school dropout
B) Kari, an employed female chemist
C) Gary, a married man in middle adulthood 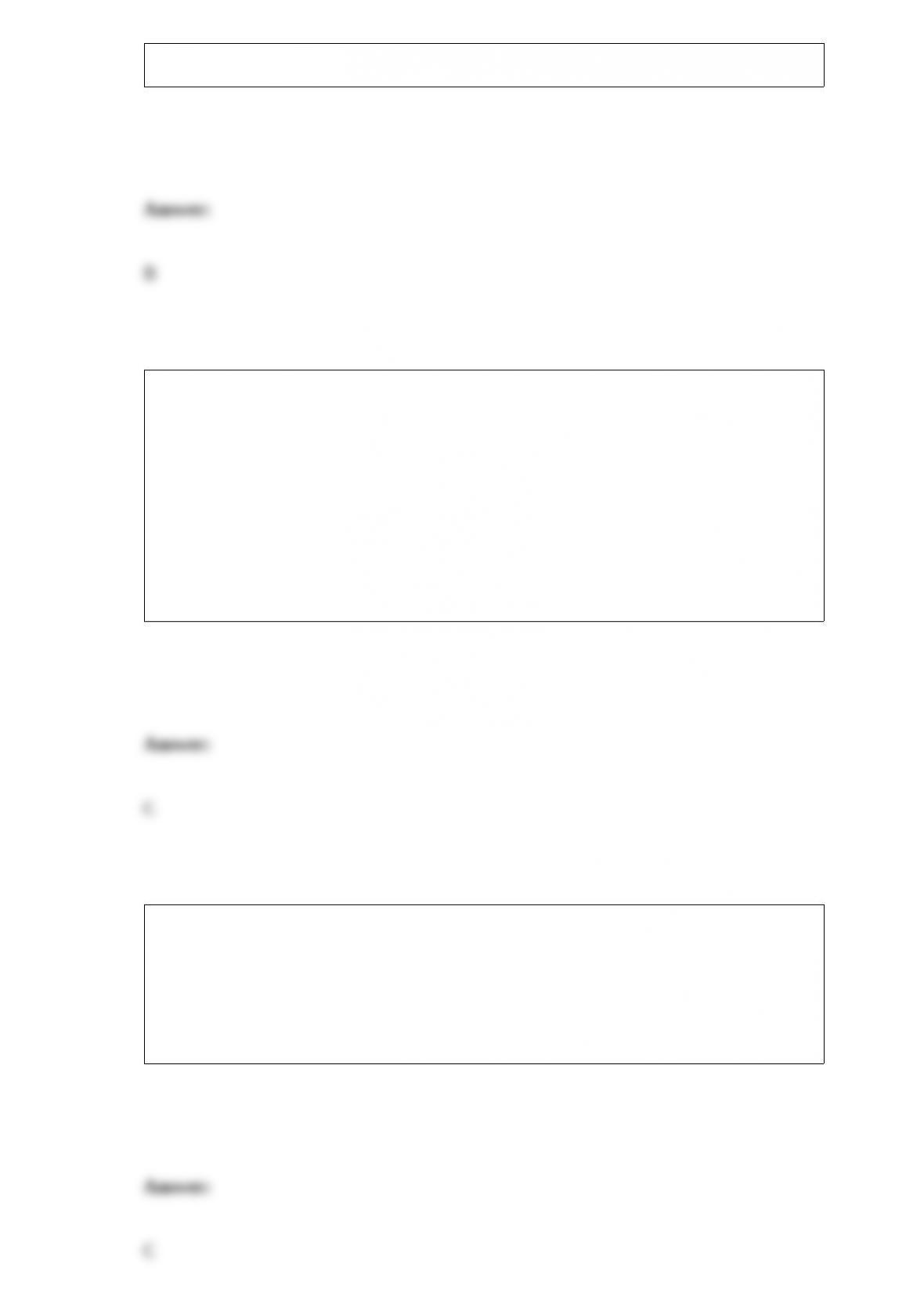 D) Barry, a married father of four
Sharon often draws on the past for effective problem-solving strategies and for teaching
younger people. Sharon uses __________ reminiscence.
A) self-focused
B) other-focused
C) knowledge-based
D) childhood-based
According to your text, the greatest dignity in death is in
A) an idealized, easy end.
B) passing without pain and suffering.
C) the integrity of the life that precedes it.
D) the relinquishment of personal control over the final phase of life. 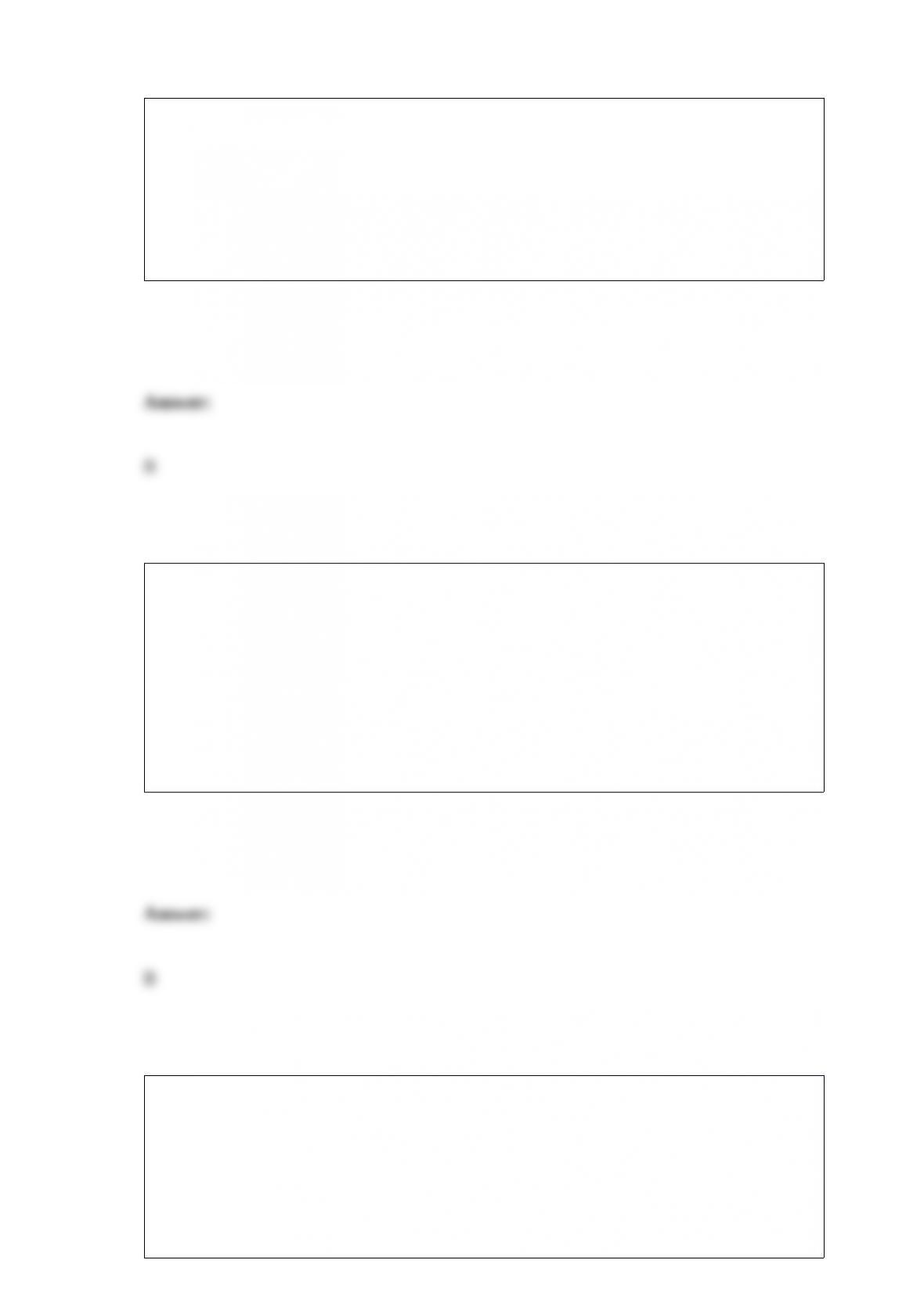 Research that combines __________ and __________ designs is increasingly common
because it permits correlational and causal inferences.
A) longitudinal; sequential
B) experimental; developmental
C) cross-sectional; developmental
D) correlational; experimental
Which of the following children is the most likely to be above the growth norms?
A) Mai, an Asian girl
B) Isaiah, an African-American boy
C) Eleanor, a Caucasian girl
D) Nygen, an Asian boy
Parents who discuss their childhoods with objectivity and balance, regardless of
whether their experiences were positive or negative, tend to have __________ infants.
A) avoidant
B) insecurely attached C) disorganized/disoriented
D) securely attached
Senescence
A) begins at the moment of conception.
B) occurs across parts of the body at the same time and speed.
C) begins once body structures reach maximum capacity and efficiency.
D) occurs because the physical body wears out from use.
The strategy most Western parents first try to soothe a crying baby is
A) massaging the baby's body.
B) offering a pacifier.
C) playing recorded womb sounds.
D) lifting the baby to the shoulder and rocking or walking. 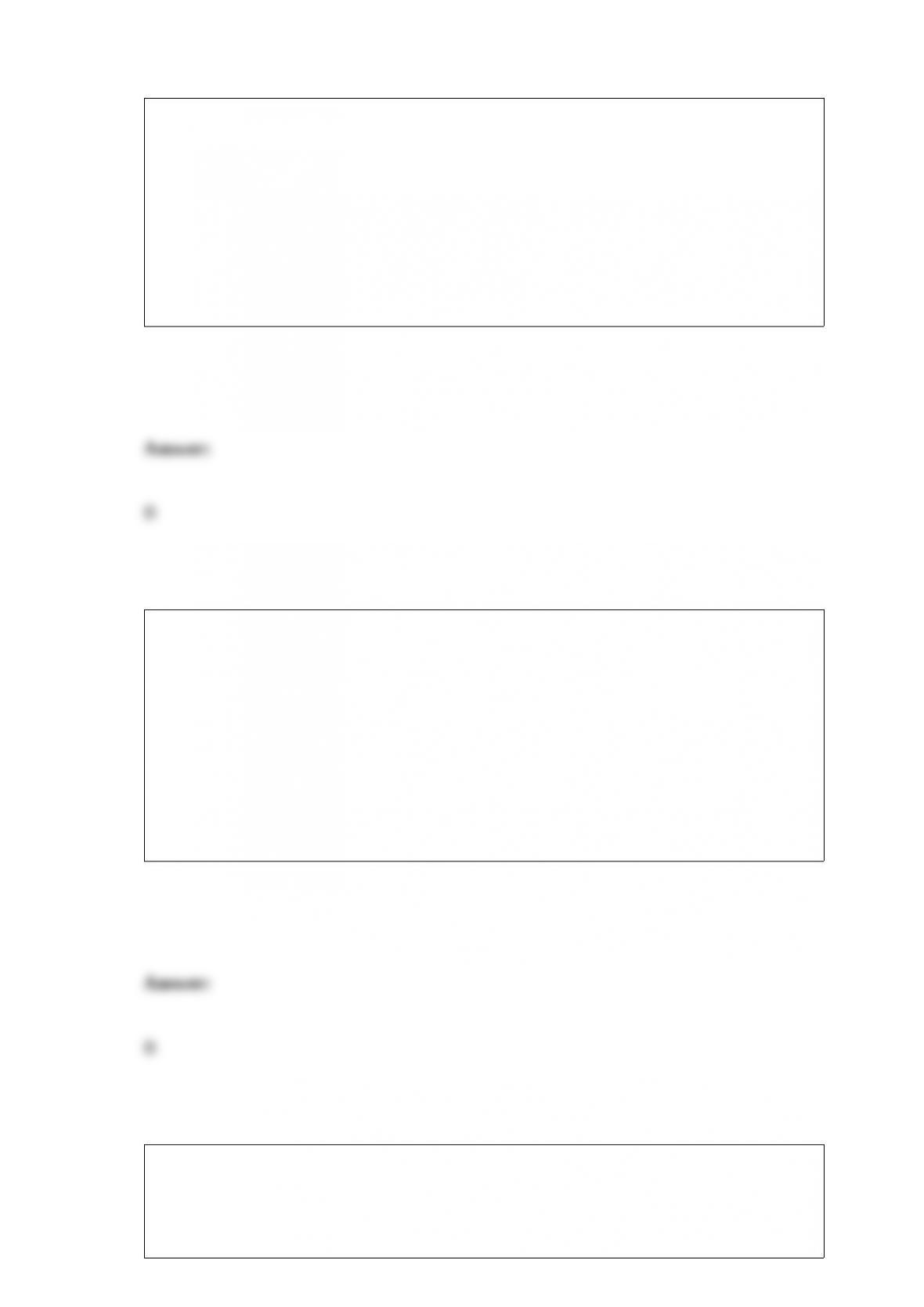 __________ may profoundly affect handedness.
A) Having a left-handed parent
B) Prenatal events
C) Typical right-facing fetal orientation
D) Myelination in the hippocampus
__________ of U.S. 18- to 25-year-olds return to their parents' home for brief periods
after first leaving.
A) Just over one-quarter
B) Slightly over one-half
C) Slightly under three-quarters
D) Nearly all
Students placed in general education and vocational tracks
A) are just as likely as those placed in college preparatory tracks to graduate high
school. B) tend to have more stimulating teachers than those in college preparatory tracks.
C) are three times as likely to drop out of high school as those in a college preparatory
track.
D) usually participate in high-quality school-to-work placement programs.
Along with body growth, __________ plays a vital role in improved motor performance
in middle childhood.
A) abstract thinking
B) more efficient information processing
C) elaboration
D) metacognition
Research shows that children more often use private speech when
A) they have difficulty taking the perspectives of others.
B) they are engaged in cooperative dialogues.
C) tasks are appropriately challenging or they are confused about how to proceed.
D) they cannot find a conversational partner. 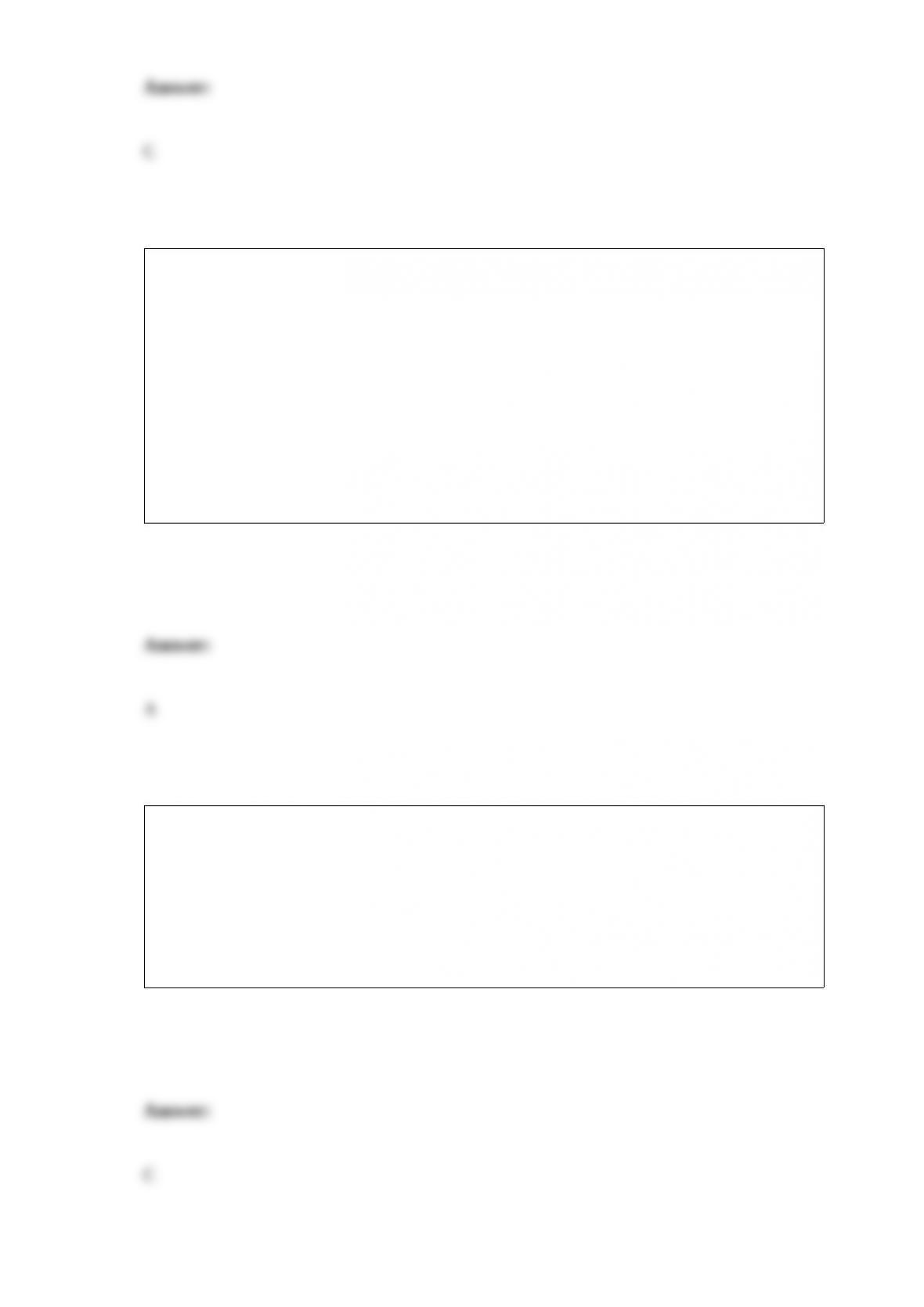 __________ is a form of communication made up of short sentences with high-pitched,
exaggerated expression, clear pronunciation, distinct pauses between speech segments,
and repetition of new words in a variety of contexts.
A) Infant-directed speech
B) Telegraphic speech
C) Referential communication
D) Expressive communication
The increase in the number of healthier, more active older adults suggests that human
development is a
A) controversial area of research.
B) unidirectional system.
C) dynamic system.
D) biological, rather than environmental, science. 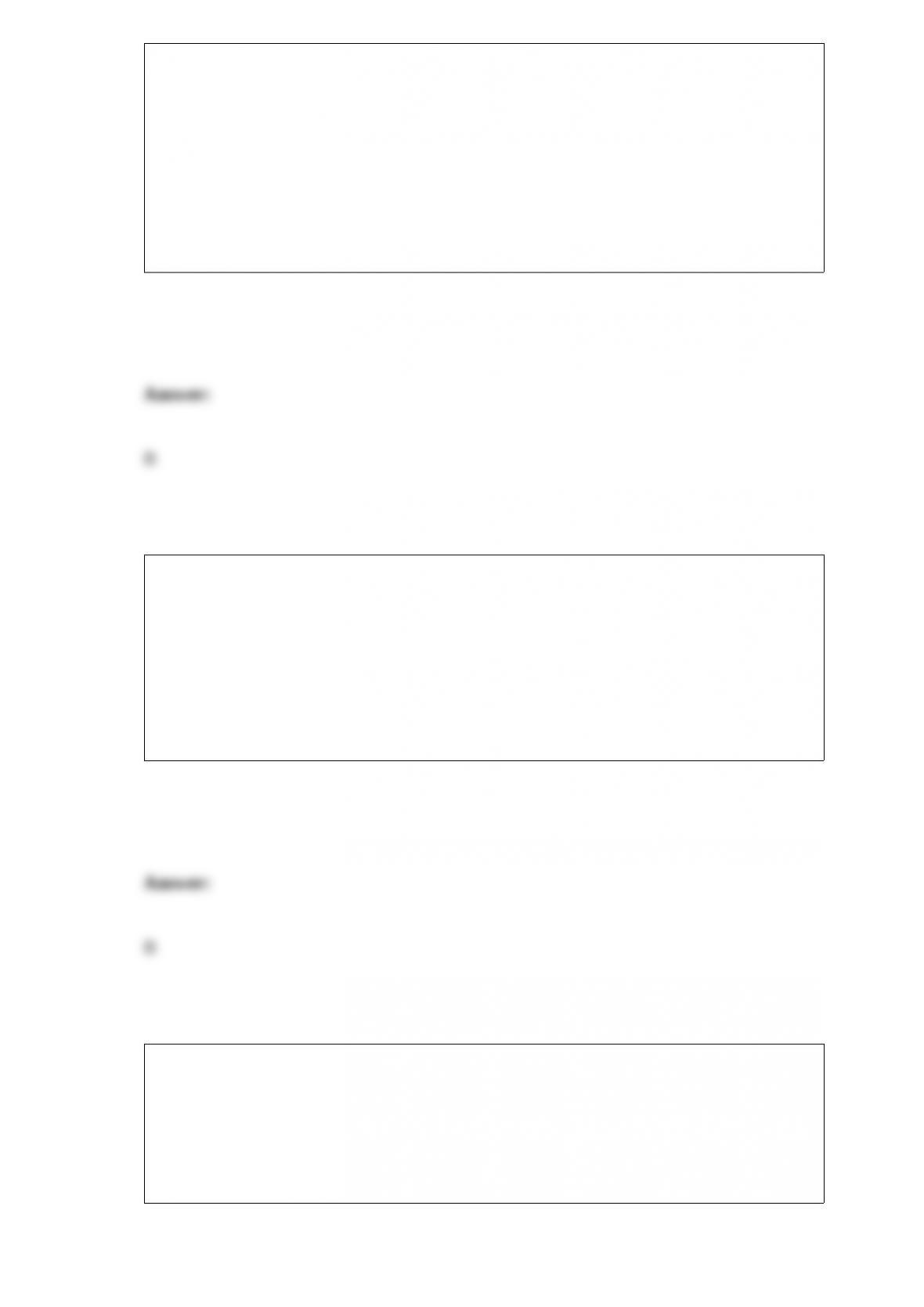 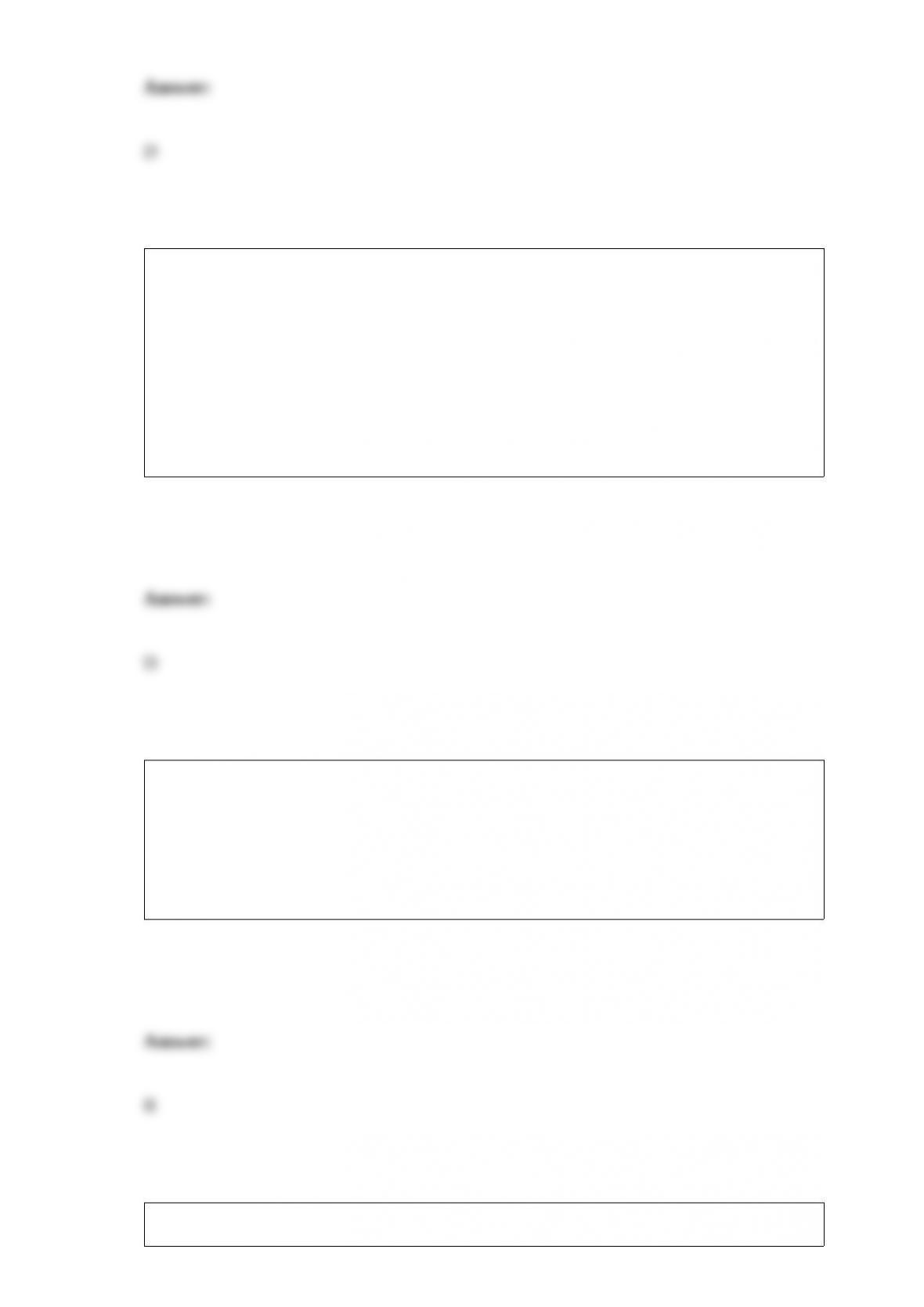 Dr. Singh studies the relationship between changes in the brain and the developing
person's cognitive processing and behavior patterns. She is part of a group of
researchers from the fields of psychology, biology, neuroscience, and medicine. This
approach to development is known as
A) the information-processing approach.
B) cognitive-development theory.
C) behaviorism.
D) developmental cognitive neuroscience.
The number of boys who kill themselves exceeds the number of girls by a ratio of
A) 2 to 1.
B) 3 or 4 to 1.
C) 5 to 1.
D) 7 or 8 to 1.
Which of the following individuals is the most likely to quickly establish positive bonds 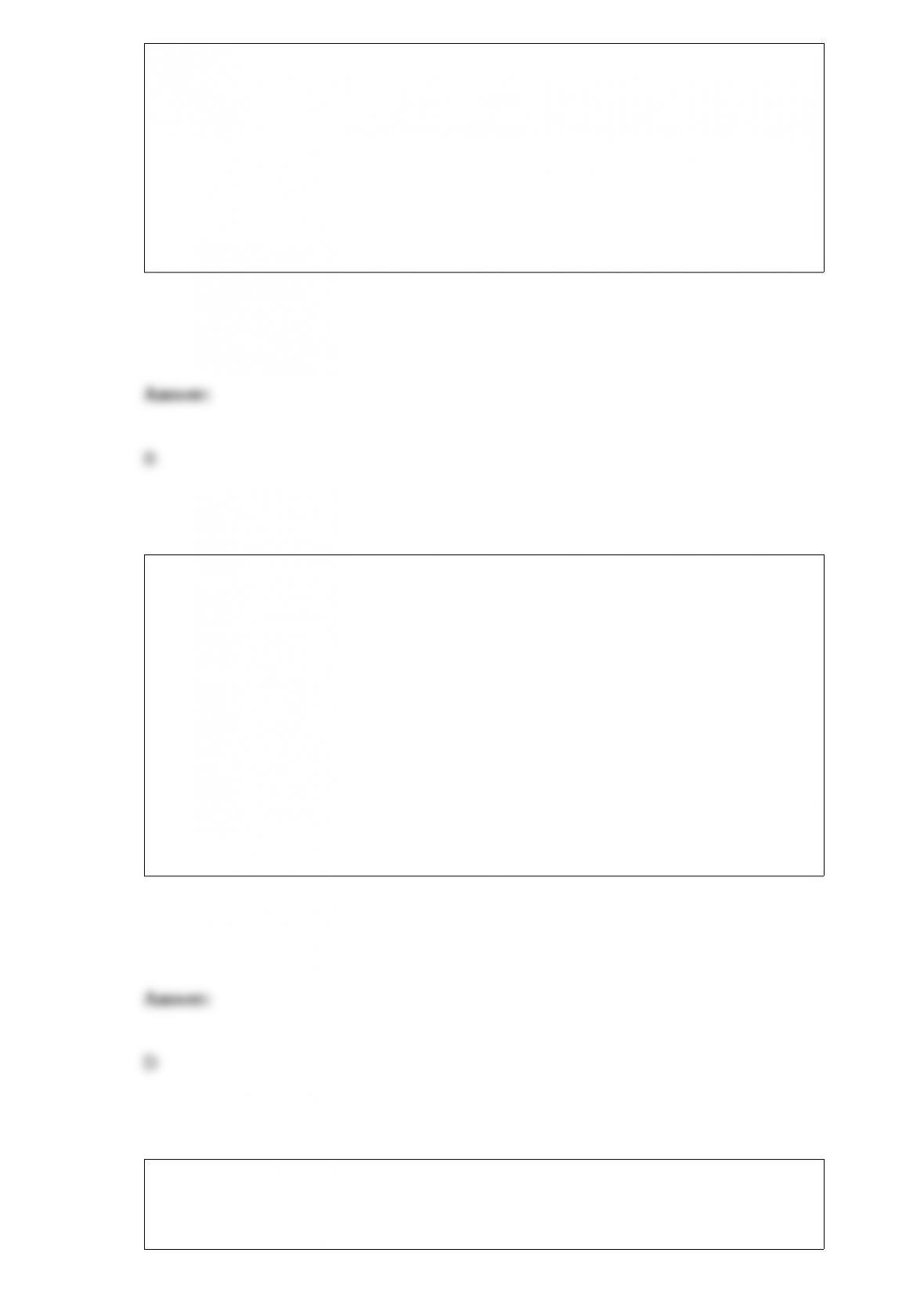 with stepchildren?
A) Lillian, a stepmother with no other children
B) Barry, a stepfather with children of his own
C) Jack, a stepfather with no other children
D) Diane, a stepmother with children of her own
John Bowlby retained the psychoanalytic idea that
A) feeding is the primary context in which caregivers and babies build the attachment
bond.
B) fathers tend to lack the skills necessary for establishing a secure attachment to their
infants.
C) children rarely construct enduring affectionate ties to their parents until well into
middle childhood.
D) quality of attachment to the caregiver has profound implications for the child's
capacity to form trusting relationships.
By middle childhood, children who hold flexible beliefs about what boys and girls can
do 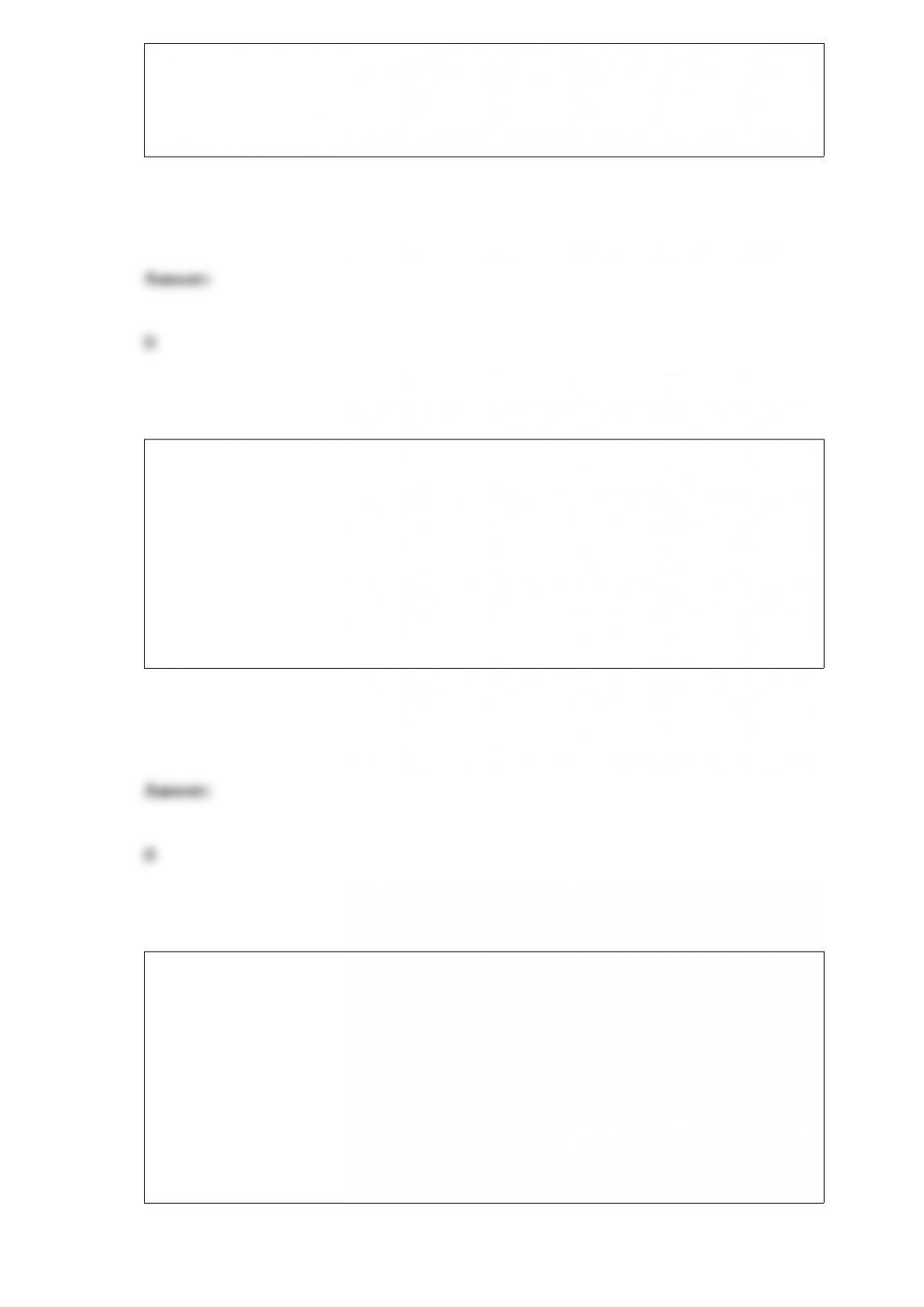 A) are more likely to have an androgynous gender identity.
B) are more likely to notice instances of gender discrimination.
C) get more encouragement from teachers to participate in gender-typed activities.
D) show more in-group favoritism than children who hold rigid beliefs.
Which of the following statements about infantile amnesia is true?
A) Infantile amnesia is more common in females than males.
B) Most older children and adults cannot retrieve events that happened before age 3.
C) Infants' memory processing is fundamentally different from that of adults.
D) During the first few years, children remember largely with verbal techniques.
In classical conditioning, if the conditioned stimulus is presented alone enough times,
without being paired with the unconditioned stimulus, __________ will __________.
A) a conditioned response; occur
B) extinction; occur
C) learning; take place
D) learning; be severely compromised 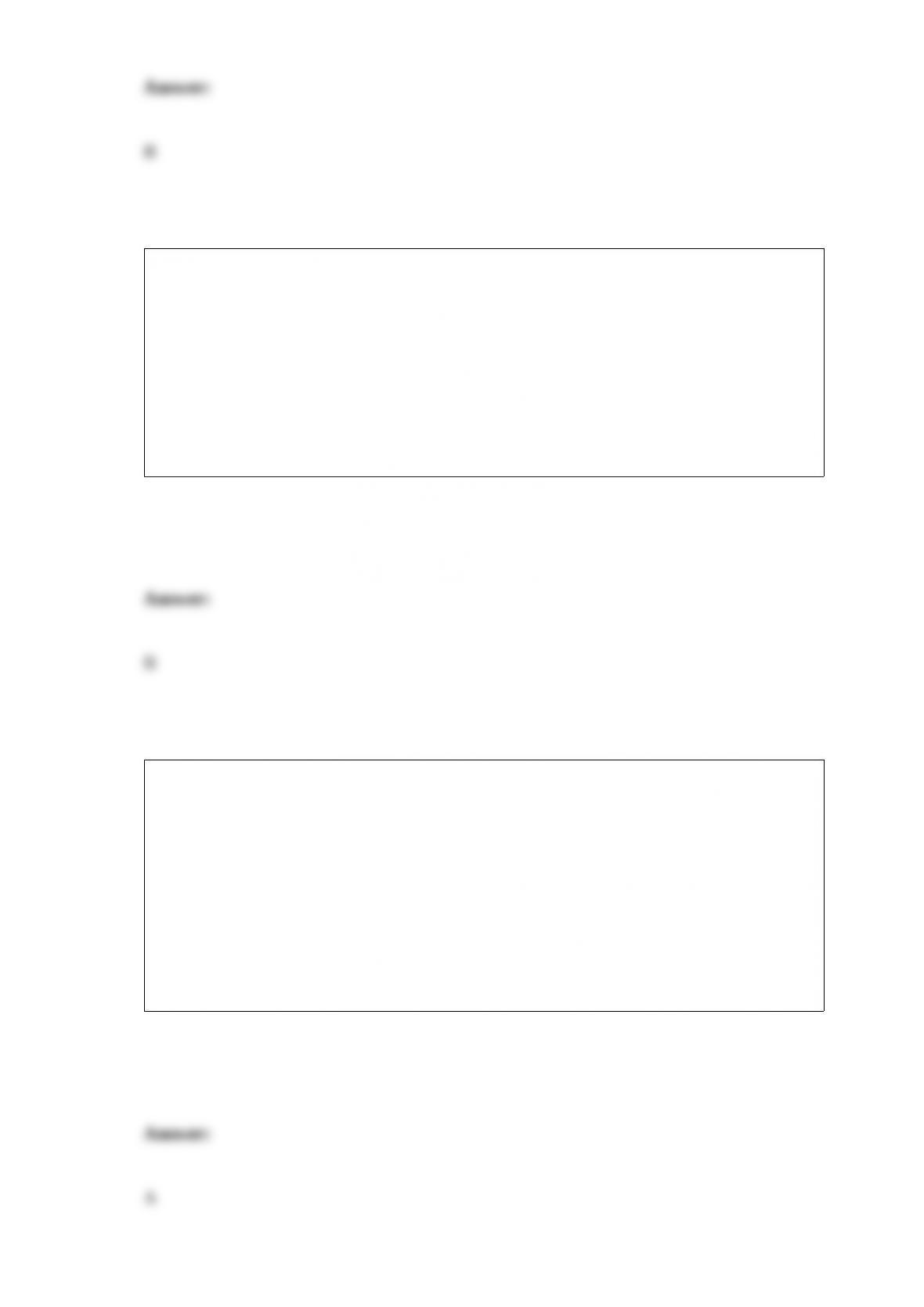 In the U.S. today,
A) less than half of mothers breastfeed.
B) more than half of breastfeeding mothers stop by 6 months.
C) mothers who return to work sooner breastfeed their babies longer.
D) breastfeeding is less common than it was in previous decades.
Newborns' remarkable capacity for __________ supports the beginnings of
self-awareness.
A) intermodal perception
B) attachment
C) auditory learning
D) self-recognition 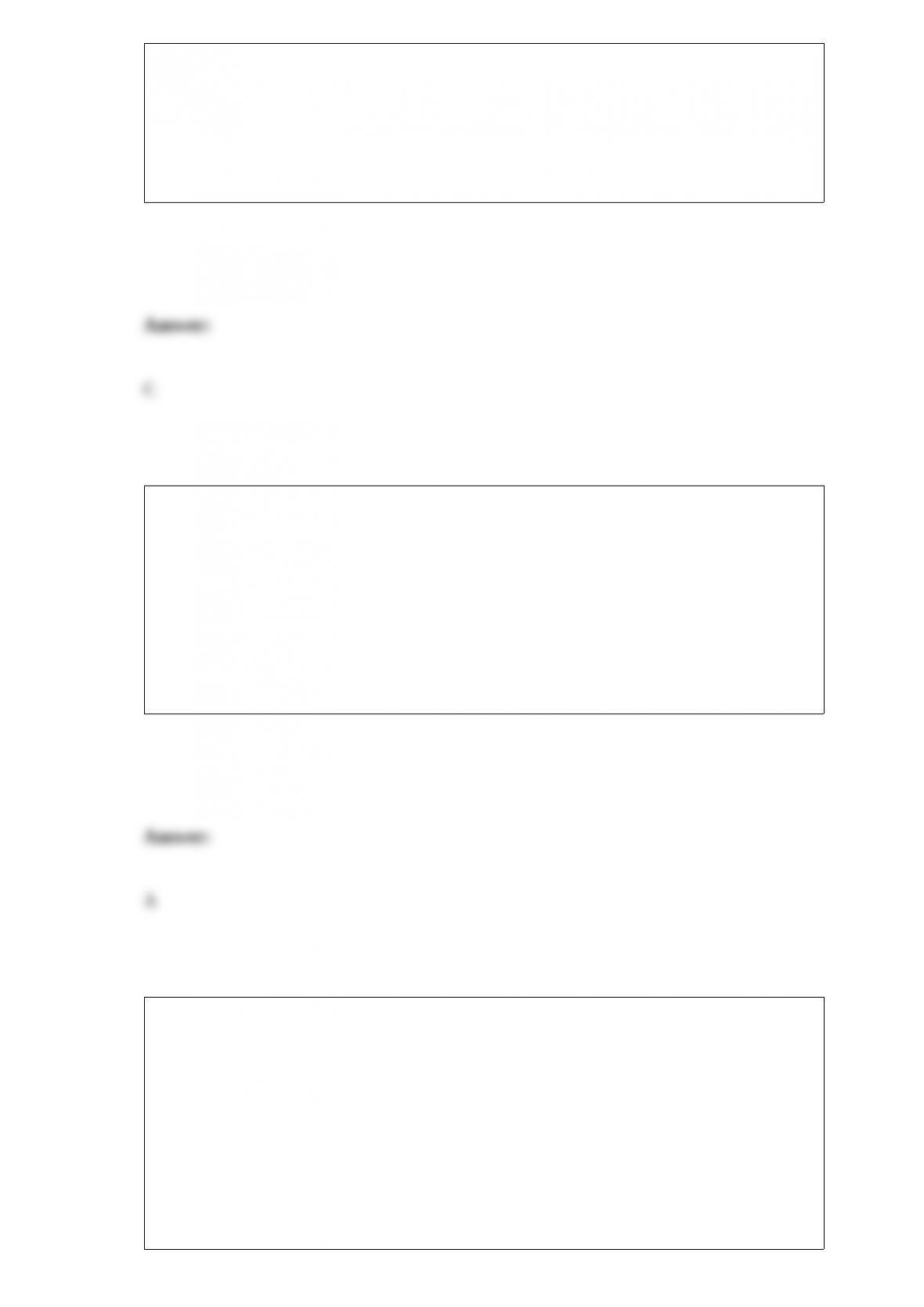 Studies of the "big five" personality traits
A) include very small samples.
B) usually examine life events.
C) typically do not examine the impact of cultural values.
D) usually take coping styles into account.
Candace and Cassidy, like all monozygotic twins,
A) have the same genetic makeup.
B) will develop more rapidly than children of single births.
C) are no more alike than ordinary siblings.
D) will be healthier than children of single births.
__________ is the capacity to voluntarily suppress a dominant response in order to plan
and execute a more adaptive response.
A) Fearful distress
B) Effortful control
C) Goodness of fit
D) Self-awareness 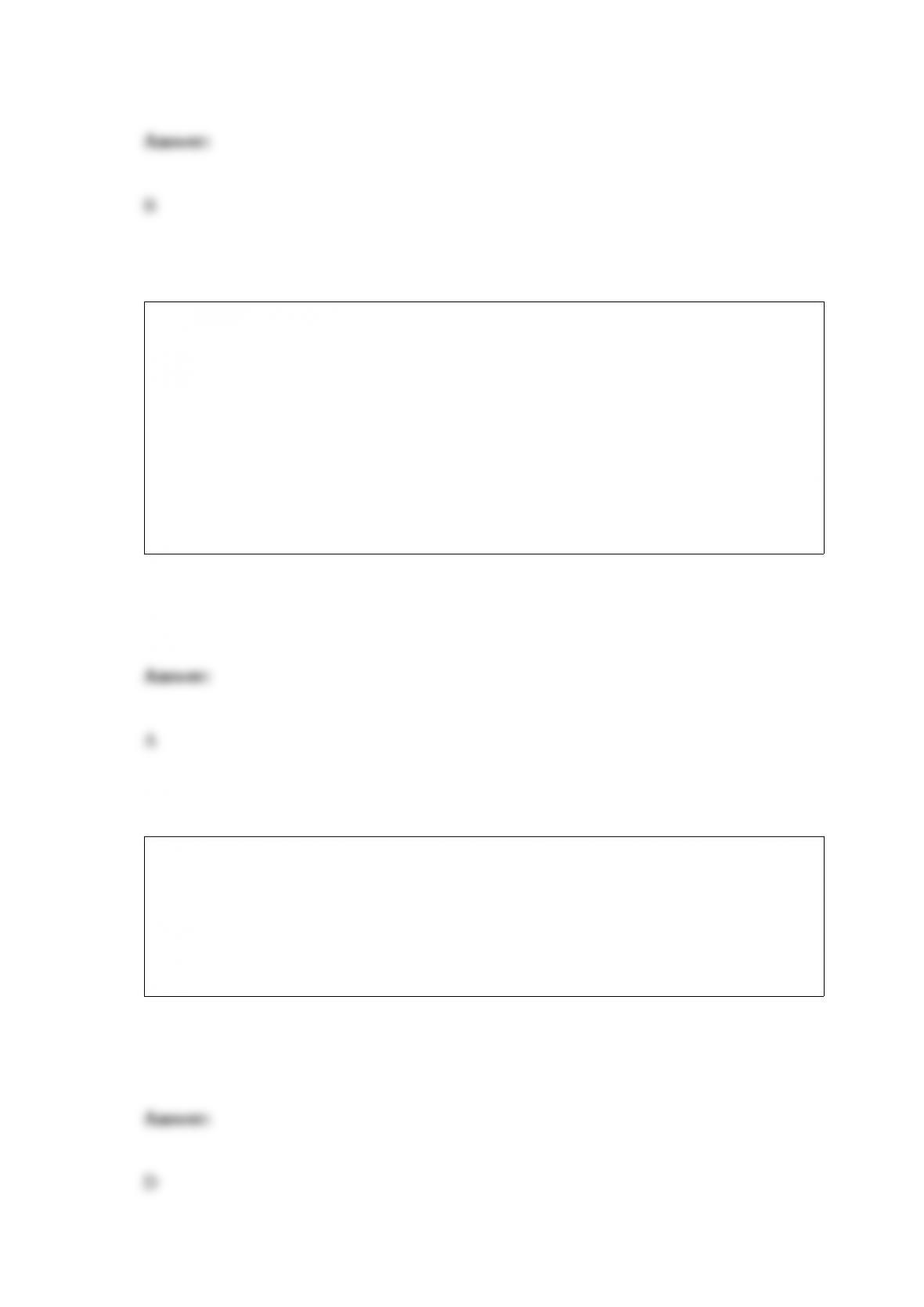 Fernando's parents respond sensitively and helpfully when he is distressed. Fernando is
probably
A) prosocial.
B) high in self-esteem.
C) overwhelmed by negative emotion.
D) less empathetic than his agemates.
__________ predicts confidence in career choice and career attainment beyond SES.
A) Permissive parenting in the high school years
B) Changing majors in college
C) Parental encouragement of the fantasy period of vocational development
D) Parental guidance