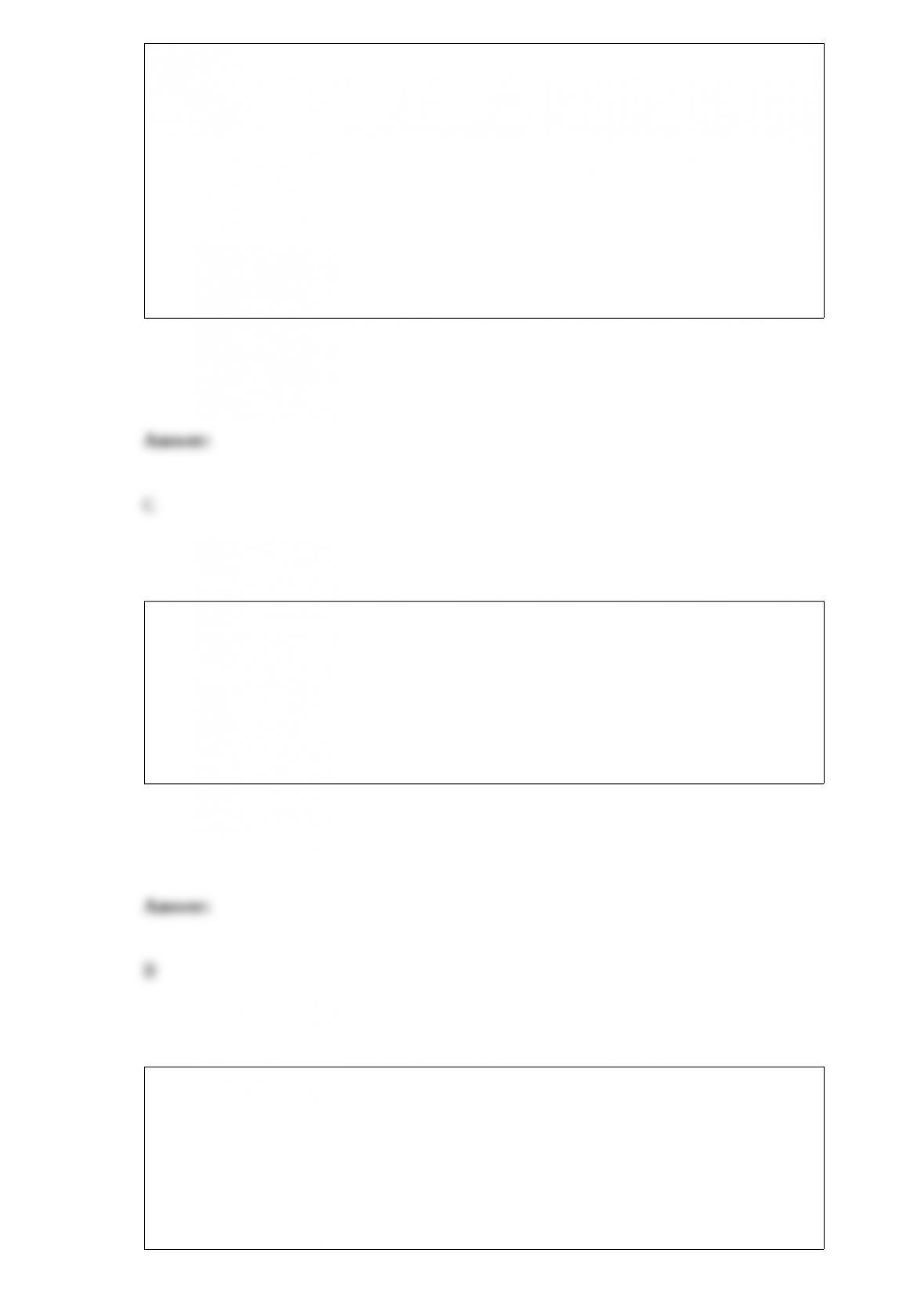 Dr. Ewing measured individual differences in a large sample of individuals using
intelligence testing. If performances at each age level formed a normal distribution, the
results were probably __________-shaped.
A) U
B) L
C) bell
D) star
During her labor, Renae asks for a mild dose of painkillers to help her relax. Renae will
probably be given a(n)
A) anesthetic.
B) analgesic.
C) folic acid.
D) anti-inflammatory.
__________ and __________ provide windows into early memory by showing that
retention of visual events increases dramatically over infancy and toddlerhood.
A) Classical conditioning; accommodation
B) Habituation; recall 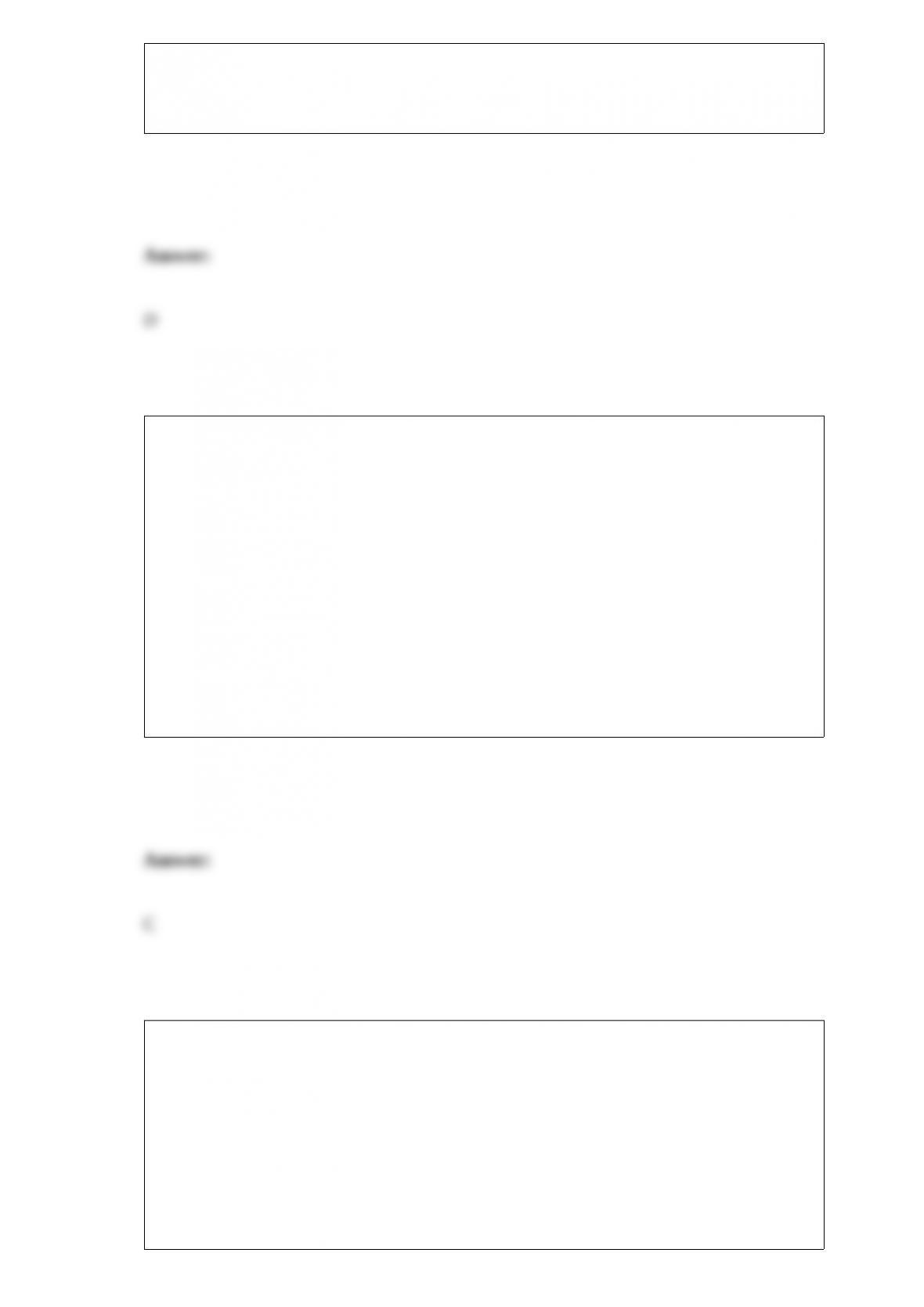 C) Operant conditioning; recognition
D) Operant conditioning; habituation
Hoda, an economically disadvantaged mother of four, is considering becoming a
surrogate. What is one realistic concern that Hoda might have about surrogate
motherhood?
A) About 50 percent of surrogate procedures result in multiple births.
B) The success rate of surrogacy is only about 25 percent.
C) Knowledge that their mother would give away a baby might cause insecurities in
Hoda's children.
D) Surrogate motherhood has been banned in 11 U.S. states and the District of
Columbia.
Overall, __________ provide(s) about 60 to 80 percent of all long-term care in the
United States, Australia, Canada, New Zealand, and Western Europe.
A) the government
B) nursing homes
C) nonprofit organizations 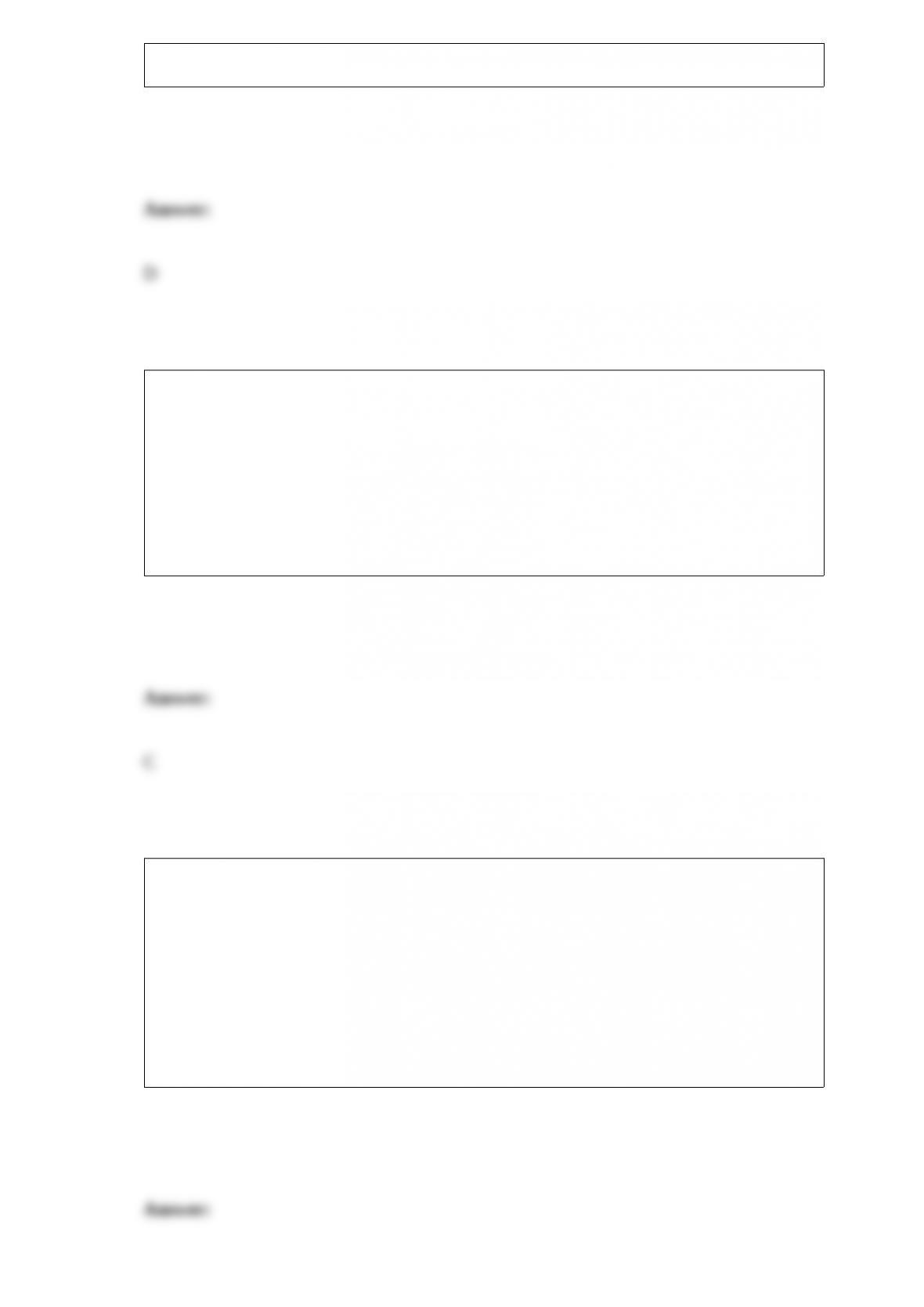 D) families
Research on child maltreatment shows that
A) strangers commit more than 60 percent of abusive incidents.
B) abuse depends more strongly on child factors than on parents' characteristics.
C) maltreating parents often lack "lifelines" to others and have no one to turn to in
stressful times.
D) contrary to popular belief, low income, low education, and marital conflict do not
increase the chances of abuse.
Which of the following statements about reminiscence is true?
A) Many therapists working with older adults discourage life-review reminiscence.
B) No age differences exist in total quantity of reminiscing.
C) Older people often live in the past to escape the nearness of death.
D) Most types of reminiscence are negative and maladaptive for older adults. 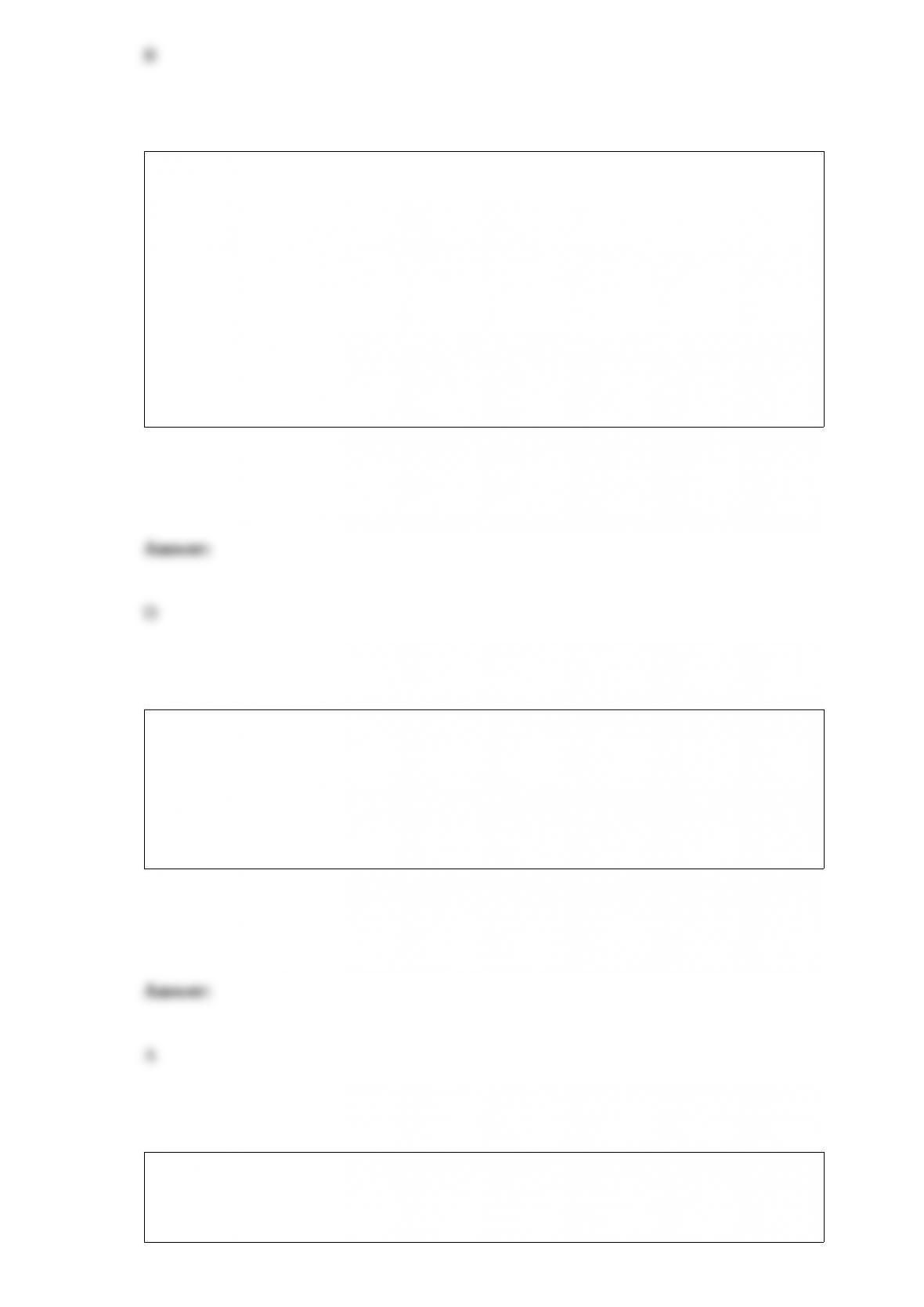 The communication process of __________ can help couples assess their chances of
giving birth to a baby with a hereditary disorder and choose the best course of action in
view of risks and family goals.
A) genetic engineering
B) prenatal diagnosis
C) preimplantation genetic diagnosis
D) genetic counseling
The most extreme symptom of cardiovascular disease is
A) a heart attack.
B) atherosclerosis.
C) angina pectoris.
D) arrhythmia.
Rachel is the child of gay fathers. Rachel will most likely have __________ children of
heterosexual parents. 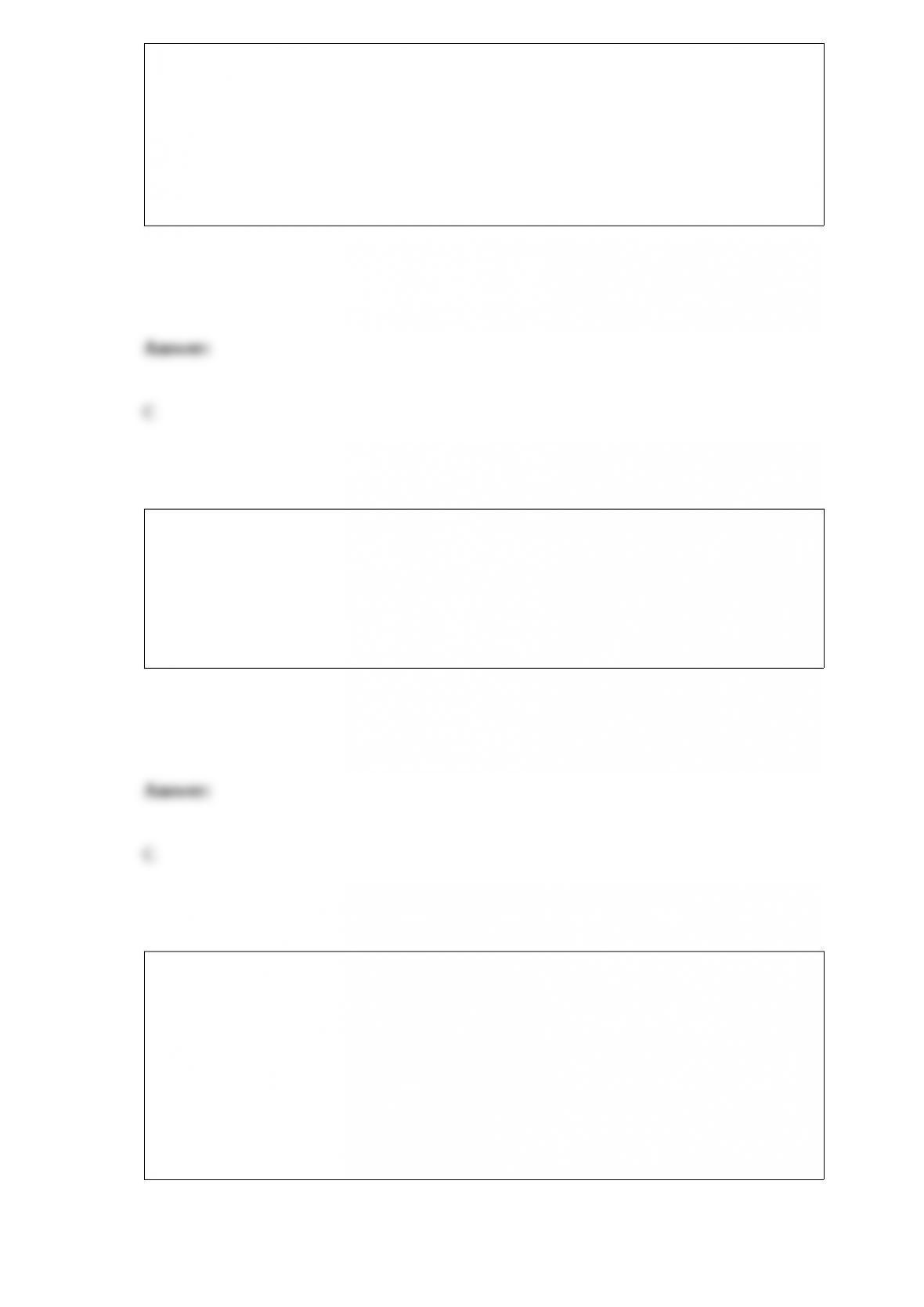 A) more mental health problems than
B) fewer problems with peers than
C) about the same rate of issues with mental health and peer relations as
D) more problems with peers than
As a result of life-saving medical technology,
A) most people experience death with little pain.
B) three-fourths of deaths are sudden.
C) three-fourths of deaths are long and drawn out.
D) most deaths are gentle, with medication easing the pain.
Piaget named the sensorimotor substages after
A) revisions in the circular reaction.
B) his own three children.
C) the various types of schemes.
D) the internal struggles faced during each period. 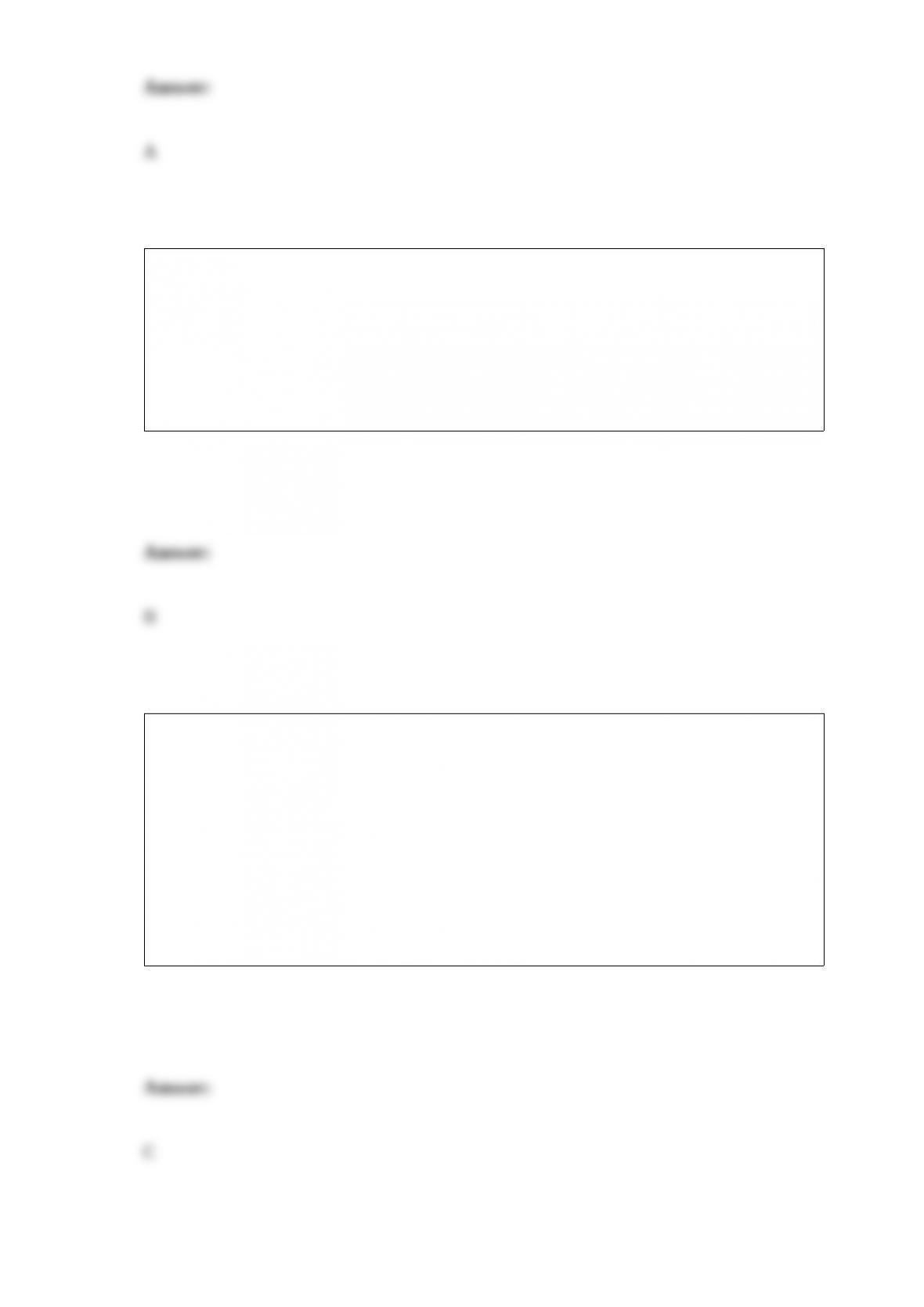 Jett is an air traffic controller. Because of his occupational experiences, Jett will likely
demonstrate smaller age-related declines in __________ than his middle-aged peers.
A) verbal ability
B) cognitive inhibition
C) numeric ability
D) logical reasoning
On average, __________ of individual differences in temperament and personality have
been attributed to differences in genetic makeup.
A) one-quarter
B) one-third
C) half
D) two-thirds 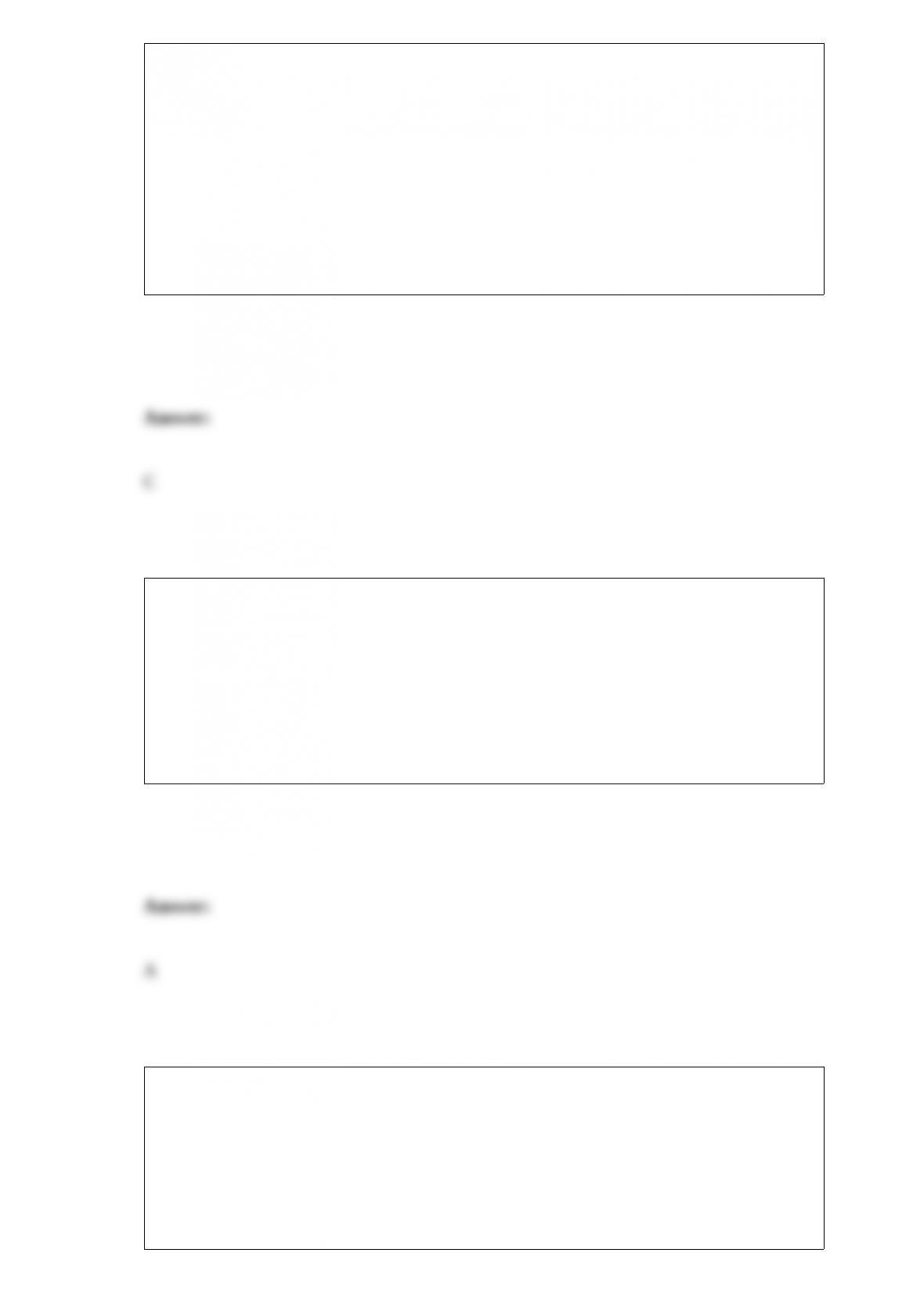 Of matching pairs of chromosomes, 22 of 23 are called __________ and one pair
consists of __________ chromosomes.
A) gametes; sex
B) zygotes; XX
C) autosomes; sex
D) autosomes; YY
When Mrs. Broadwell heard the news that her father had died, she felt numbness and
disbelief. She was not certain that the nurse was correct in her assessment. Mrs.
Broadwell is in which phase of the grieving process?
A) avoidance
B) confrontation
C) restoration
D) mourning
In the information-processing system, information first enters
A) the central executive.
B) working memory.
C) the sensory register. 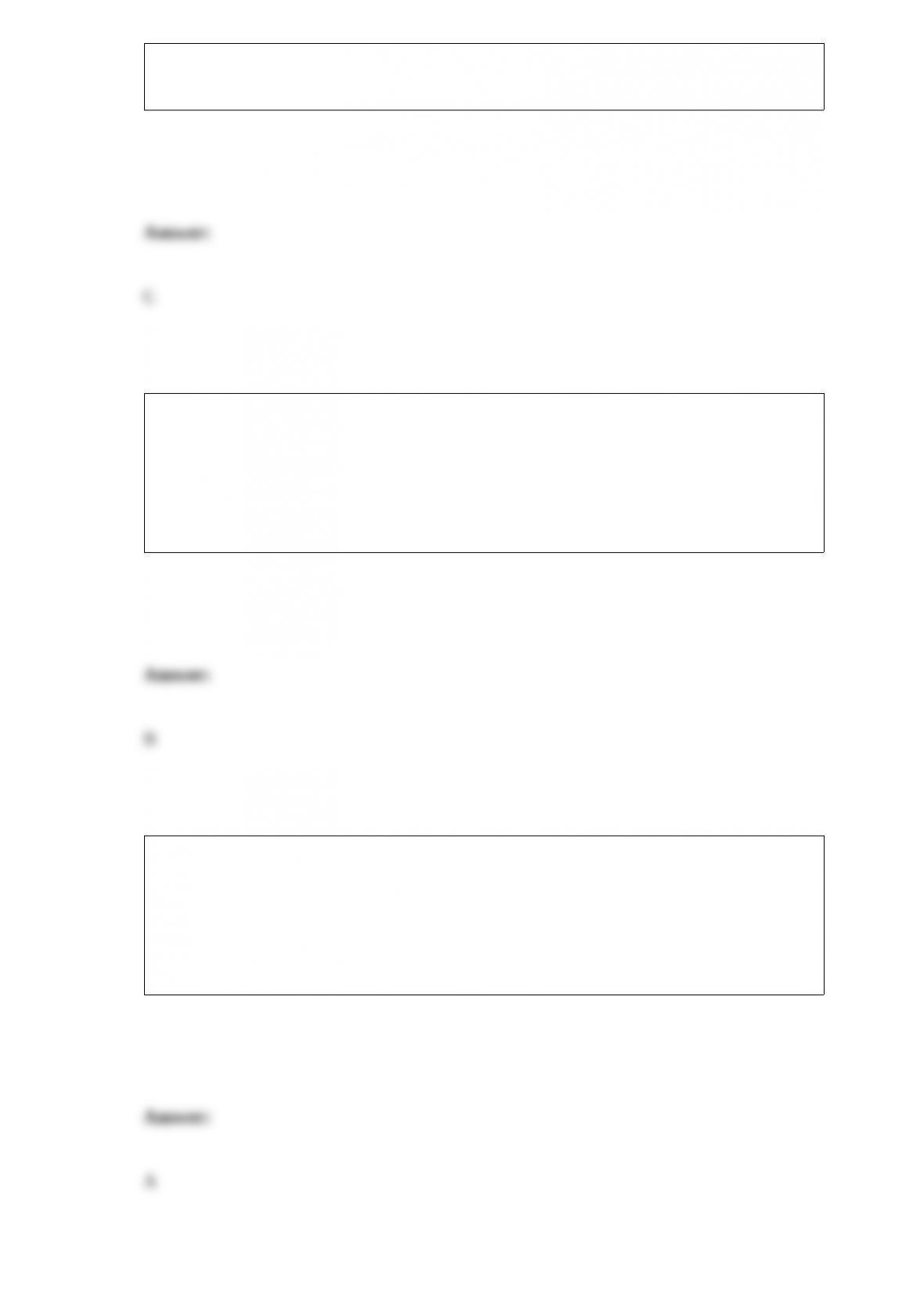 Gregor, an adolescent, can be characterized by the "big five" personality trait of
conscientiousness. Gregor
A) can anticipate that this trait will increase through middle age.
B) can anticipate that this trait will decrease through middle age.
C) will probably also become more extroverted as he ages.
D) will probably become more neurotic as he ages.
Which of the following are self-conscious emotions?
A) guilt, shame, and pride
B) shame, doubt, and surprise
C) embarrassment, pride, and interest
D) envy, happiness, and disgust
Which of the following statements about children of never-married mothers is true?
A) They generally achieve better in school than children in low-SES married families.
B) They are at a reduced risk for problems if their father is involved, even if he is
antisocial.
C) They display less antisocial behavior than children in low-SES married families. D) They are benefited by parental marriage only if the father is a reliable source of
economic and emotional support.
In the study of Romanian orphans adopted into British homes, children adopted
__________ attained the highest mental test scores in childhood and adolescence.
A) before 6 months
B) between 6 months and 2 years
C) between 2 and 6 years
D) between 6 and 11 years
Research on sex chromosome disorders shows that
A) males with XYY syndrome are more aggressive and antisocial than XY males.
B) verbal difficulties are common among females who are missing an X chromosome.
C) females who are missing an X chromosome often have trouble with spatial
relationships.
D) most children with these disorders suffer from mental retardation. 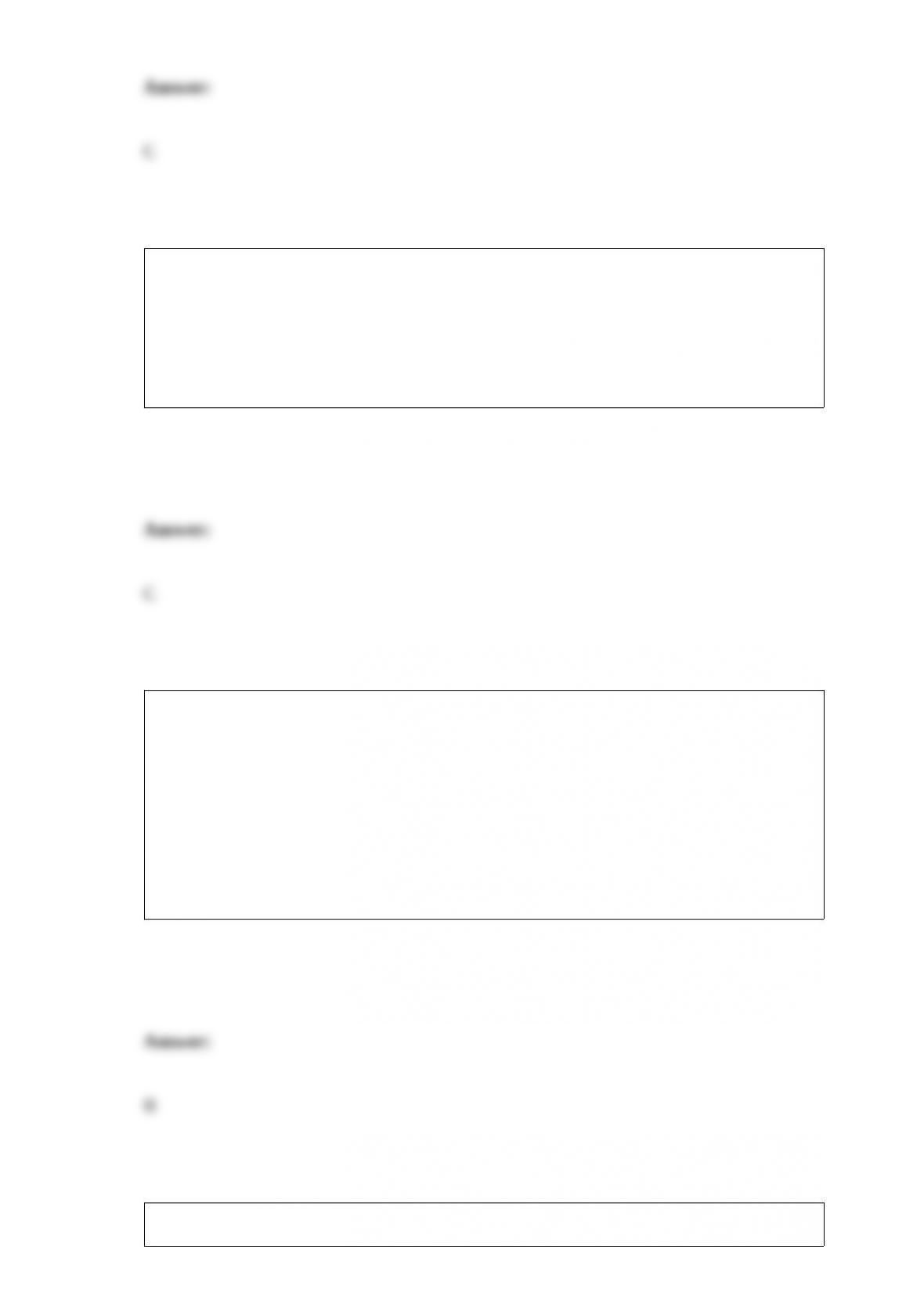 Which of the following factors is predictive of high self-esteem in adolescence?
A) conditional support from parents and peers
B) early dating
C) authoritative parenting
D) permissive parenting
According to the cognitive perspective of perceptual development, babies
A) analyze stable relationships in the environment.
B) impose meaning on what they perceive.
C) actively search for discontinuous stimuli.
D) always follow the cephalocaudal trend.
Which of the following statements about the maximum lifespan of humans is true? 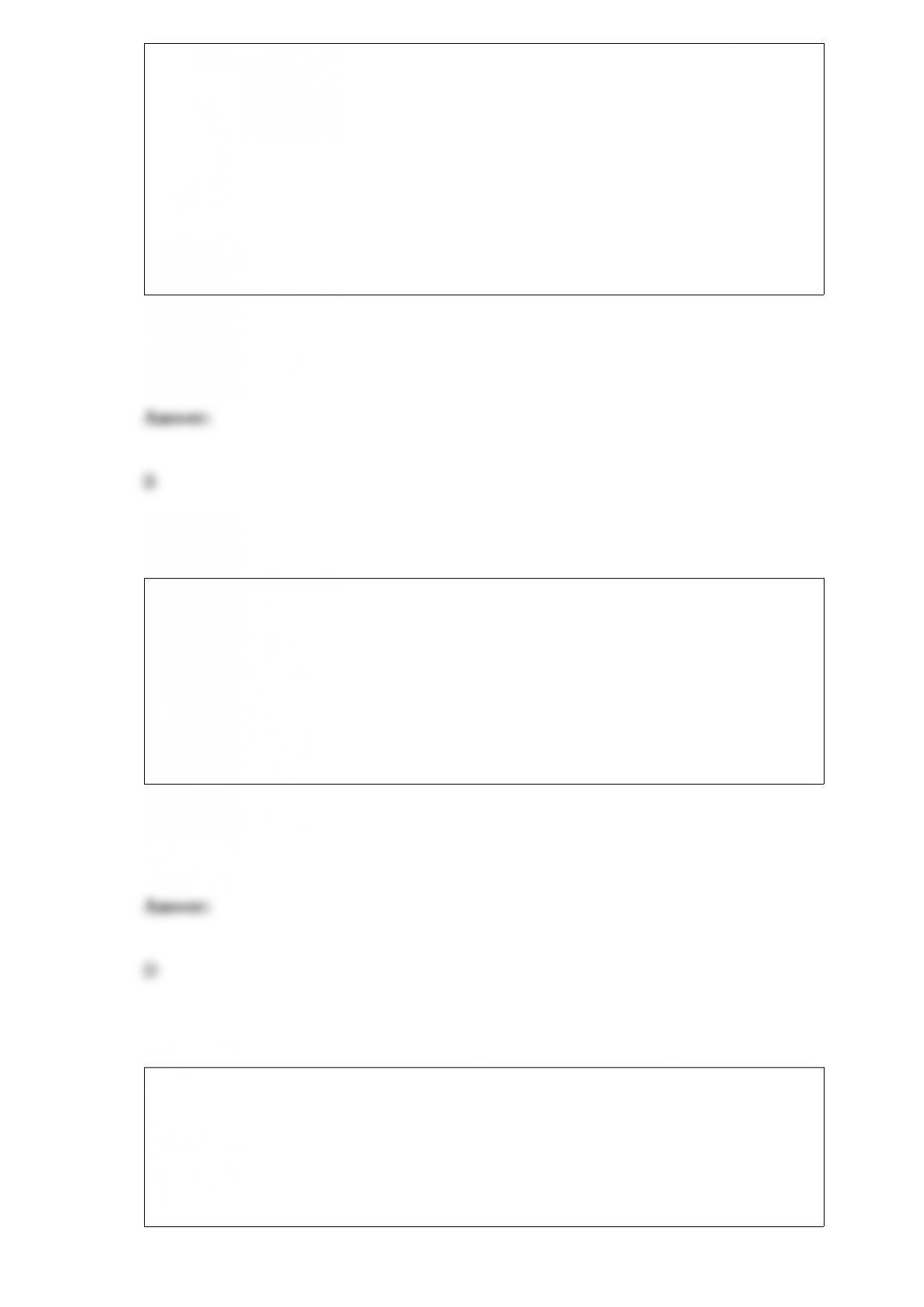 A) For people age 65 and older, life expectancy has increased dramatically over the past
decade.
B) Gains in average life expectancy are largely the result of reducing health risks in the
first 20 or 30 years.
C) Today, the odds of becoming a centenarian are moderate to high.
D) Researchers agree that we cannot and should not add to human maximum lifespan.
When Al lay dying, relatives and friends gathered around him to give spiritual strength
and comfort. Older adults and clergy conducted a karakia ceremony, in which they
recited prayers asking for peace, mercy, and guidance. Al is most likely a(n)
A) African American.
B) Native American.
C) Buddhist.
D) member of the Maori tribe.
Among those adult learners reporting high psychological stress typically are
A) single men.
B) high SES men and women.
C) single women.
D) married women with nonsupportive partners. 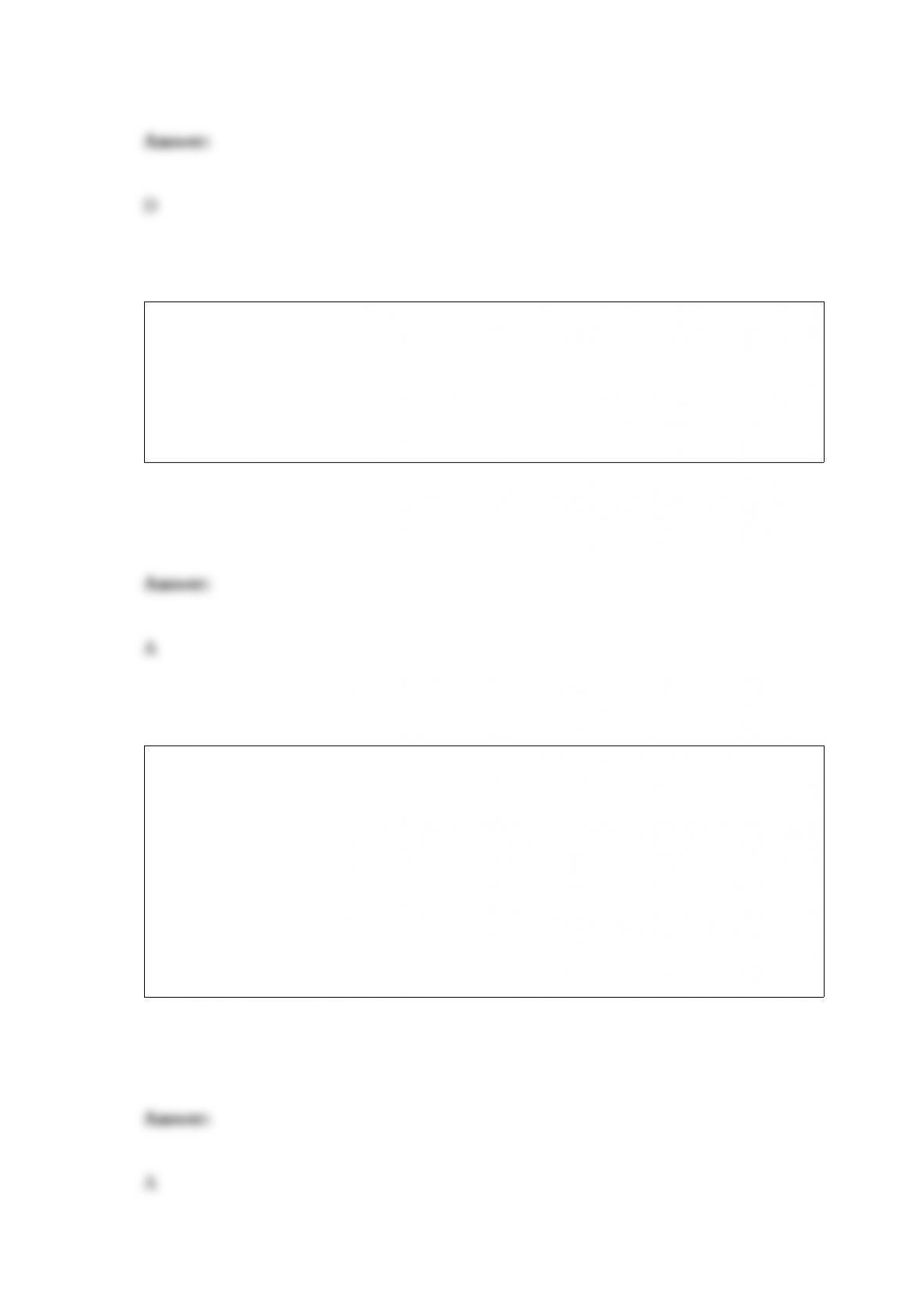 The Stanford-Binet Intelligence Scales, Fifth Edition,
A) contains nonverbal subtests that do not require spoken language.
B) emphasizes crystallized knowledge.
C) provides separate scores for analytical, creative, and practical intelligence.
D) offers only a measure of general intelligence.
Which of the following statements about psychosocial development in midlife is true?
A) Adjusting one's life structure to incorporate the effects of aging requires supportive
social contexts.
B) Opportunities for vocational advancement complicate the transition to middle
adulthood.
C) Lower-SES midlifers are more able to devote the time and energy needed to
realistically approach age-related changes.
D) Sustaining a youthful subjective age is more strongly related to self-esteem among
Western-European than American middle-aged and older adults. 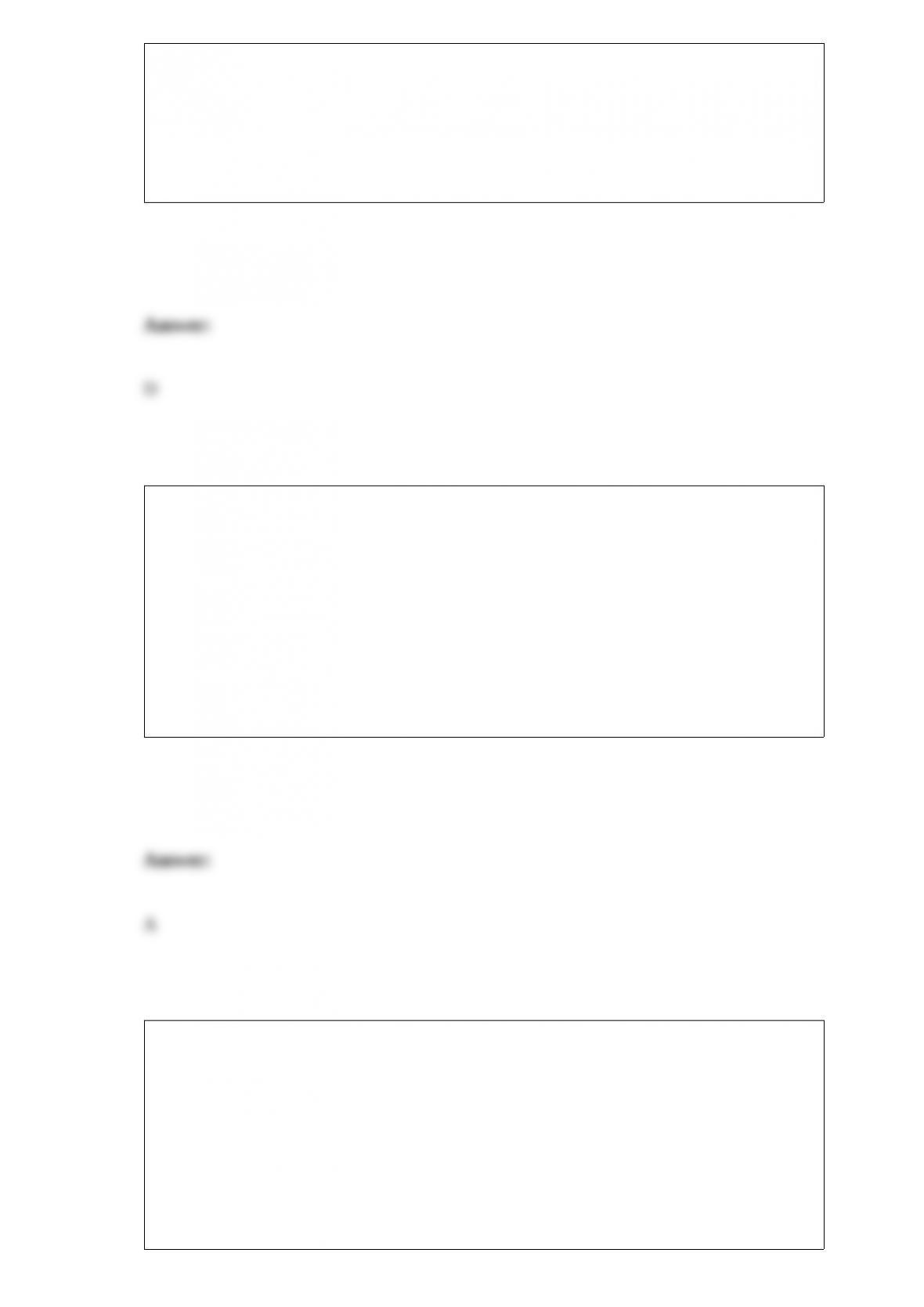 Death education
A) is primarily geared toward medical professionals.
B) is associated with increased death anxiety.
C) is inappropriate for school-age children.
D) has a goal of promoting understanding of social and ethical issues involving death.
__________ helps infants reduce the enormous amount of new information they
encounter every day so they can learn and remember.
A) Categorization
B) Recall
C) Recognition
D) Recovery
Nadia's parents are repeatedly disapproving and insulting. As a result, Nadia probably
__________ and relies heavily on __________ to affirm her self-worth.
A) needs constant reassurance; peers
B) has unrealistically high self-esteem; her parents
C) has an overblown self-image; reasonable standards 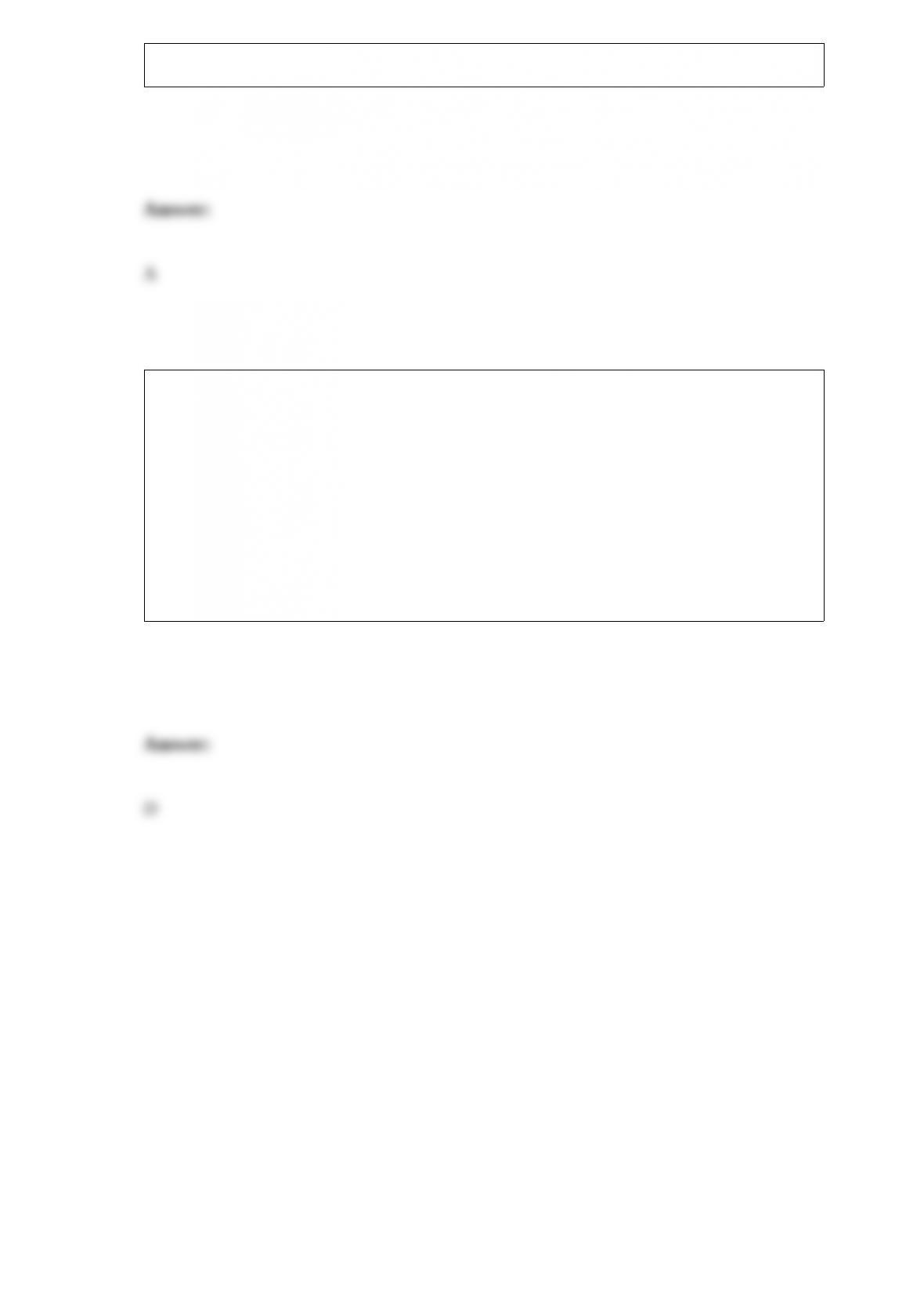 D) seeks attention from other adults; other relatives
When faced with a propositional reasoning problem, 17-year-old Max is likely to
A) justify his answer using a fictional or egocentric response.
B) need concrete objects or situations to explain his answer.
C) have great difficulty reasoning from premises that contradict reality or his own
beliefs.
D) justify his reasoning by explaining the logical rules on which it is based.