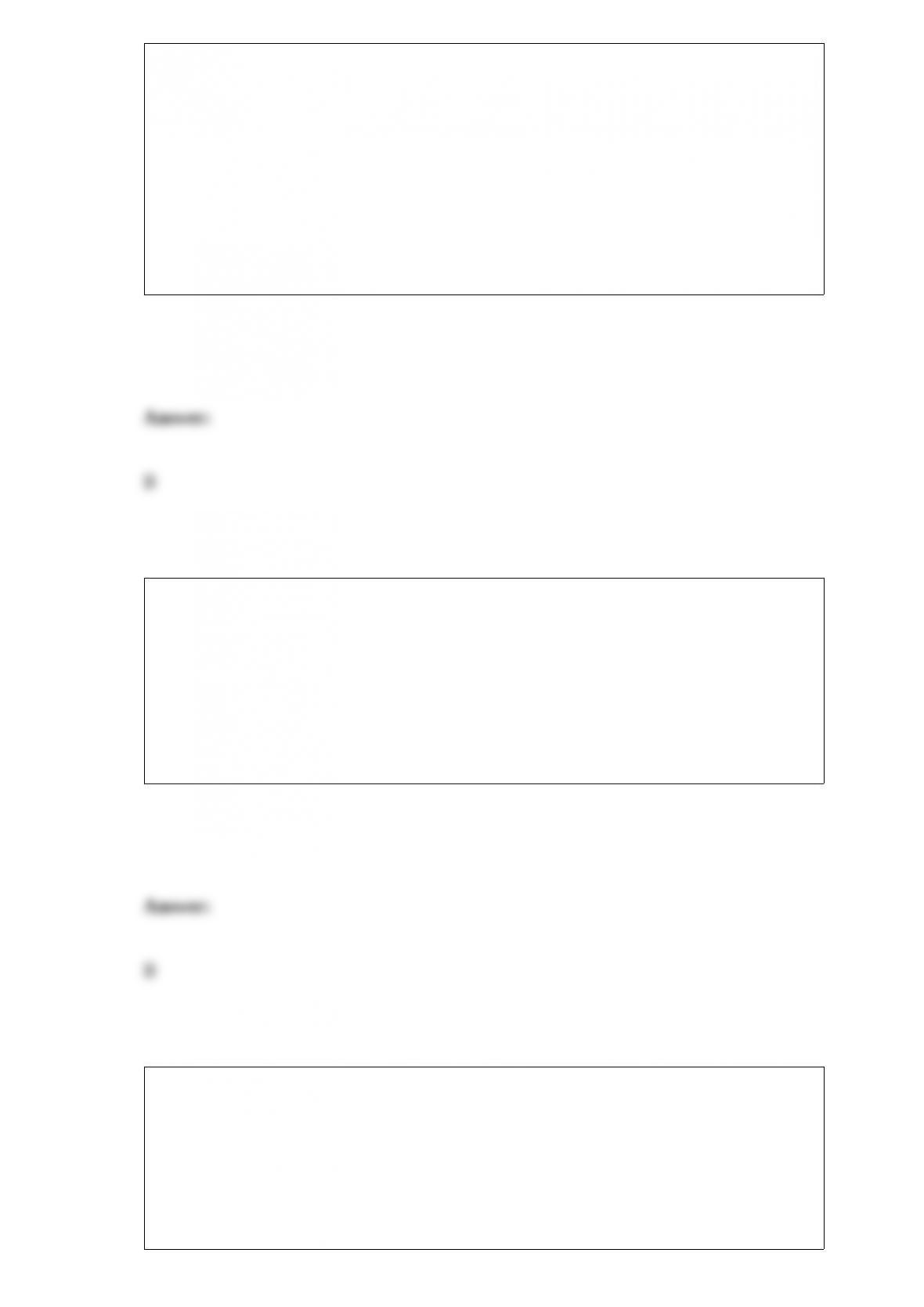 Research consistently shows that infants and young children exposed to __________
child care score lower on measures of __________ skills.
A) full-time; social
B) poor-quality; social and cognitive
C) developmentally appropriate; cognitive
D) part-time; emotional
During early childhood, children's gender-stereotyped beliefs
A) emerge slowly, as parents treat boys and girls in similar ways.
B) strengthen so much that many children apply them as blanket rules that should not
be violated.
C) are highly flexible with respect to clothing and hairstyle but less so with respect to
types of play.
D) are flexible until about age 5, after which they become more rigid.
Korean toddlers often develop object-sorting skills later than their English-speaking
counterparts because
A) Korean adults rarely call babies' attention to commonalities among objects.
B) the Korean language often omits object names from sentences. 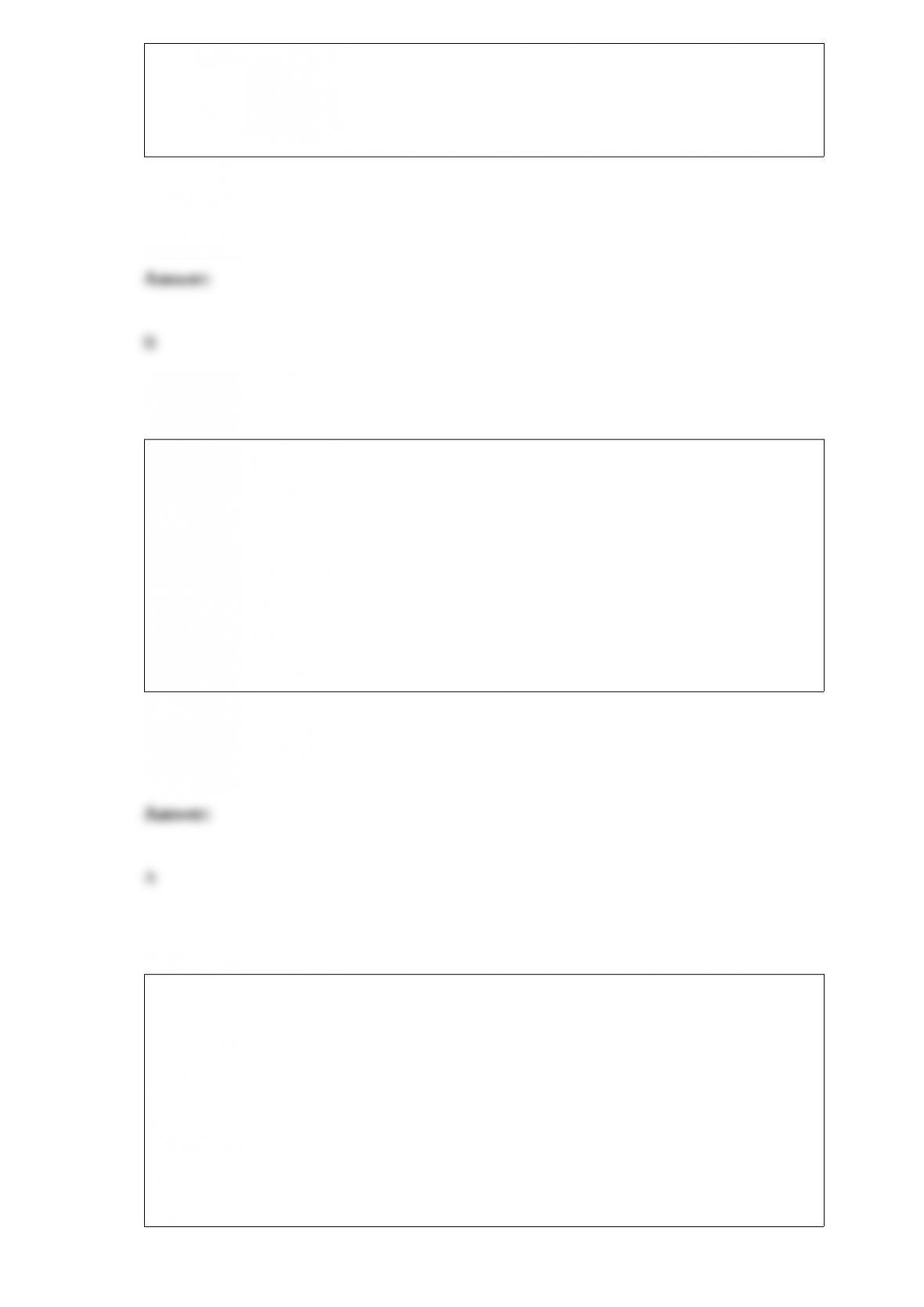 C) Korean parents discourage babies from exploring objects.
D) English-speaking adults have better categorization skills than their Korean-speaking
counterparts.
Vygotsky saw __________ play as the ideal social context for fostering cognitive
development in early childhood.
A) make-believe
B) outdoor
C) cooperative
D) parallel
Paul is graduating from a university with a bachelor's degree. Out of Paul's class of 100,
how many are likely to enter a career in their chosen field?
A) less than 25
B) 30 to 35
C) 40 to 45
D) over 50 Which of the following statements about children's rough-and-tumble play is true?
A) It helps children form a dominance hierarchy.
B) It predicts aggressive behavior during adolescence.
C) It is equally common among boys and girls.
D) It is a uniquely human social behavior.
Mr. Frankel is dying. According to Kbler-Ross, Mr. Frankel's recognition that time is
short and that he will not have a chance to do all he wants to do may promote which of
the five typical responses to the prospect of death?
A) denial
B) anger
C) bargaining
D) depression 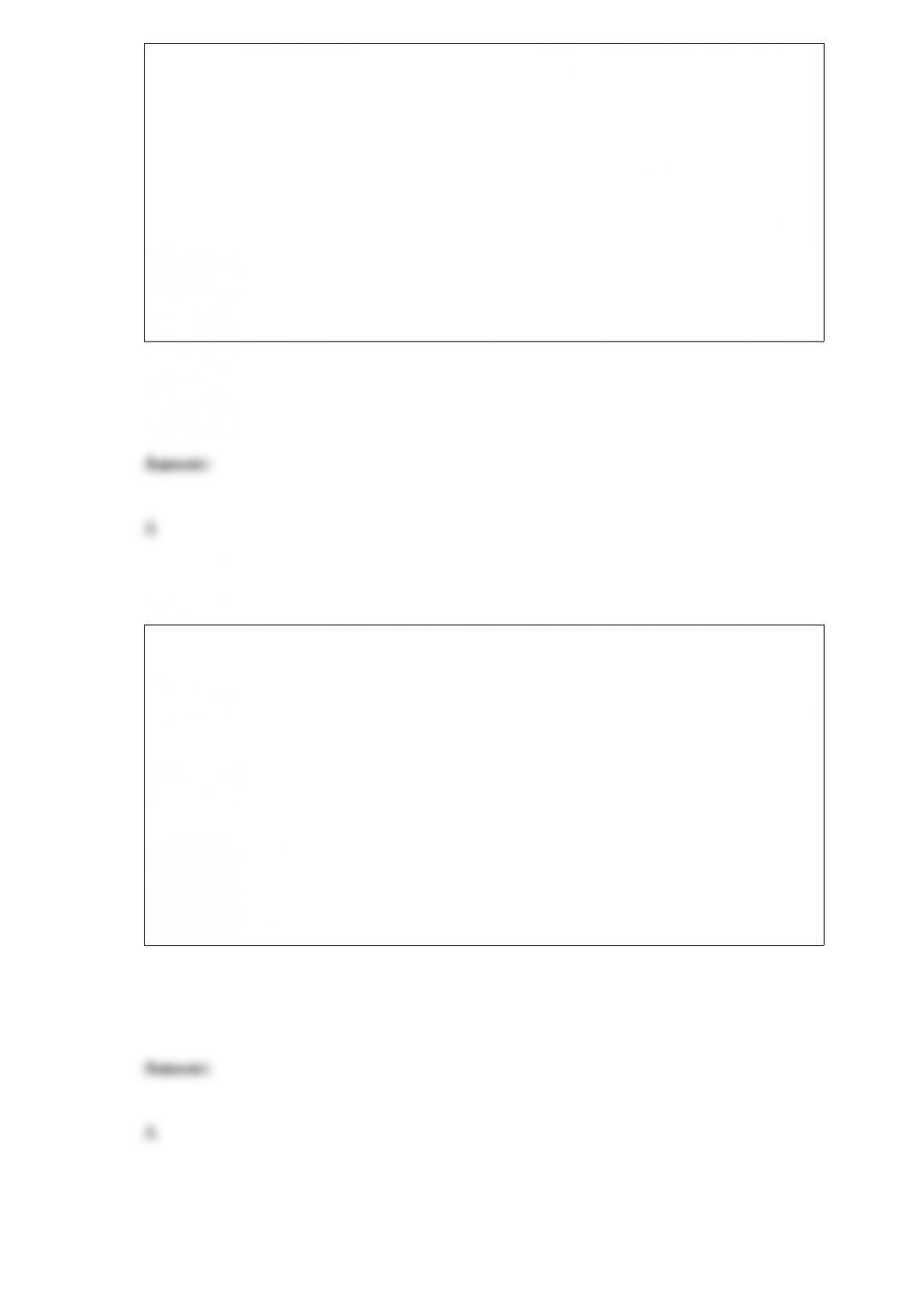 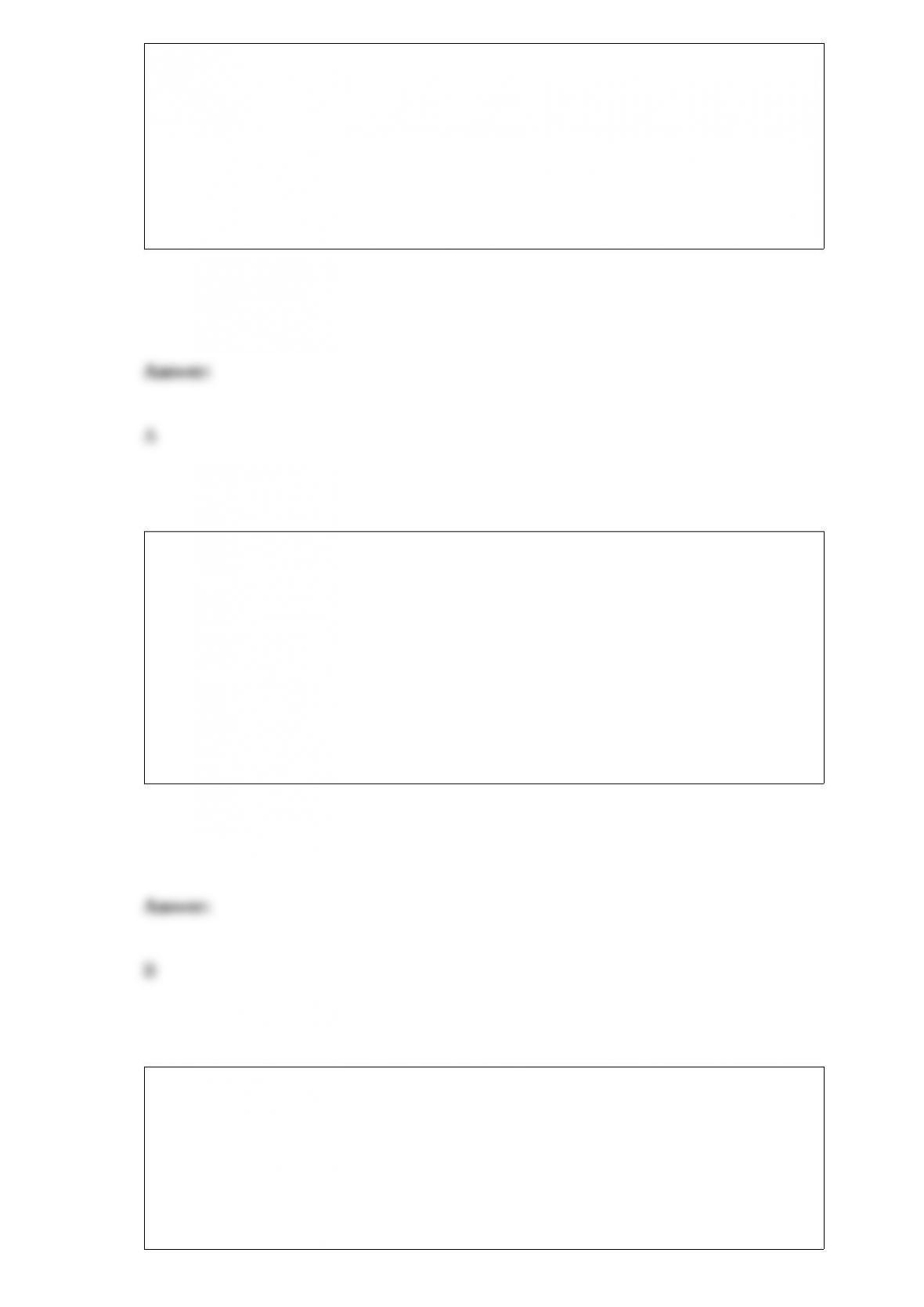 Death education at all levels
A) strives to prepare students to be informed consumers of medical and funeral
services.
B) simply conveys information and rarely involves role playing or personal awareness
exercises.
C) often leaves students more uncomfortable about death than when they entered.
D) benefits most bereaved people.
Four-month-old Logan's parents are tracking his motor development. Which of the
following motor skills is Logan likely to have already achieved?
A) sits alone
B) when prone, lifts self by arms
C) crawls
D) plays pat-a-cake
Among Western children, when guilt occurs in appropriate circumstances and is not
accompanied by shame, it is
related to
A) inflated self-esteem.
B) an insecure attachment. 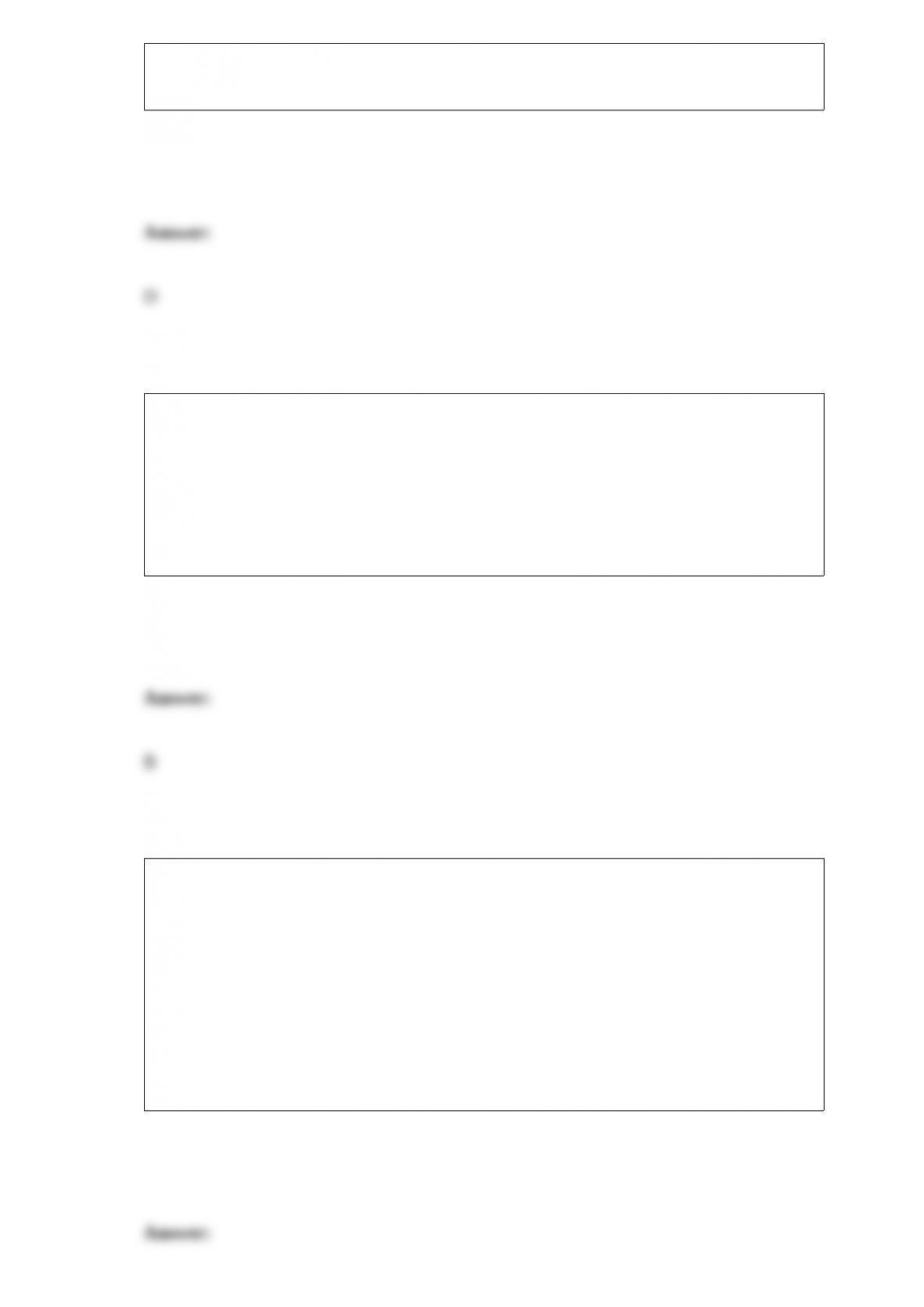 C) poor emotional self-regulation.
D) good adjustment.
Vaginal birth after a previous cesarean delivery is
A) a good choice because repeated cesareans are associated with an increased risk of
uterine rupture.
B) associated with slightly increased rates of rupture of the uterus and infant death.
C) only recommended in high-risk pregnancies.
D) less common with the invention of fetal monitoring.
Which of the following statements about the frontal lobes is true?
A) They are responsible for auditory development.
B) Before 2 months of age, the frontal lobes function most effectively.
C) The frontal lobes reach an adult level by the preschool years.
D) They are responsible for consciousness, inhibition of impulses, and integration of
information. 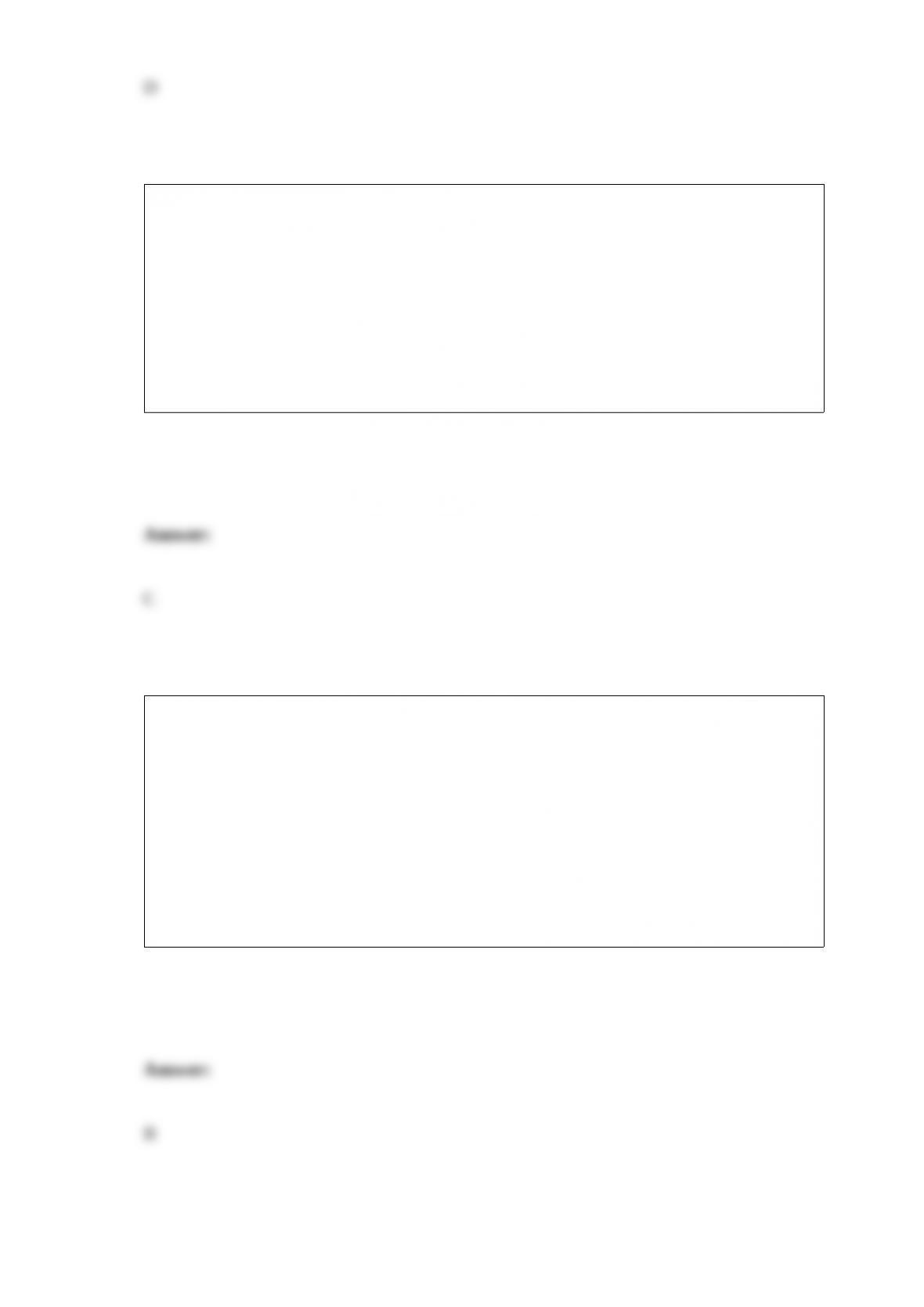 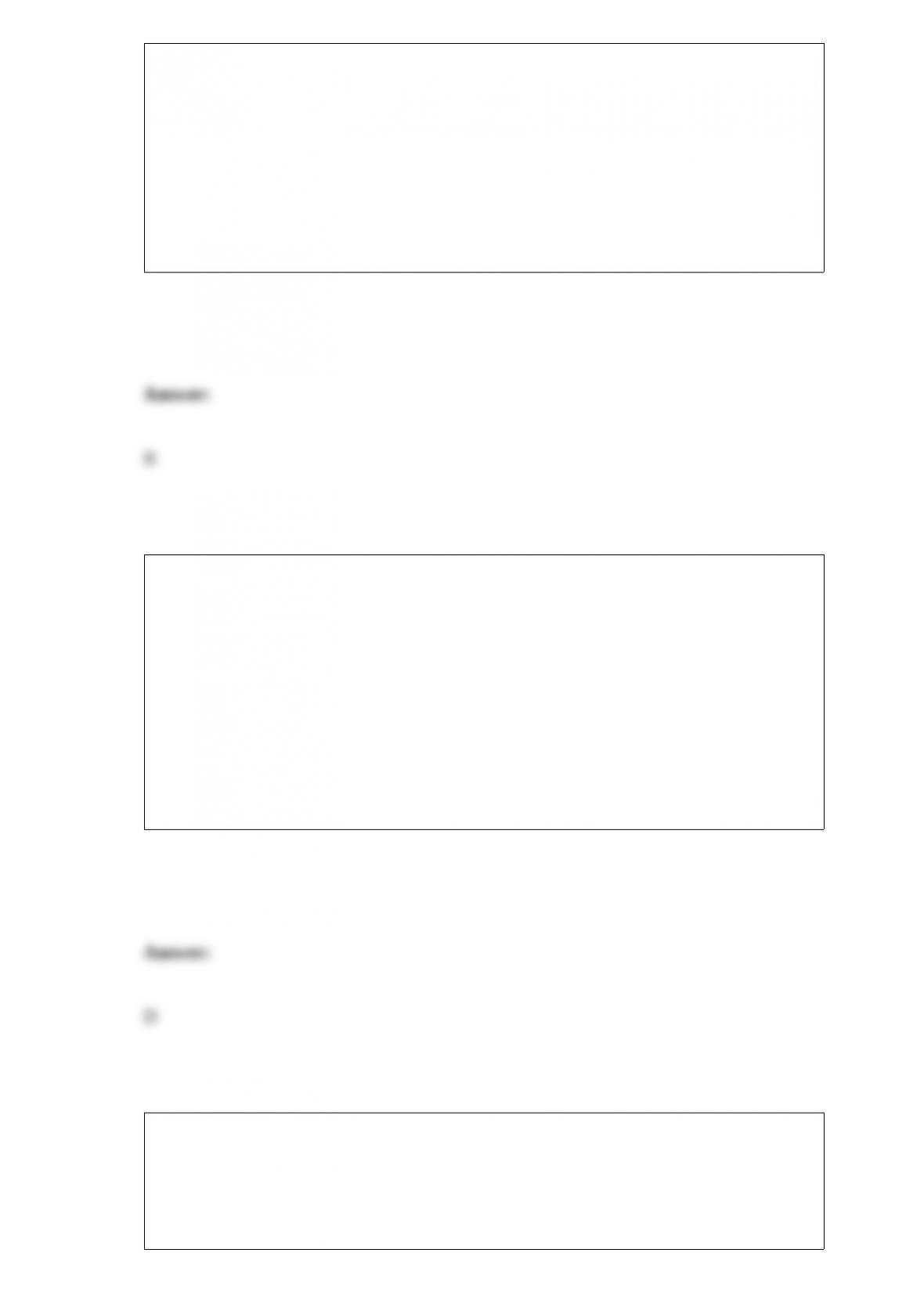 In contrast to activity in the left hemisphere, activity in the right hemisphere
A) is especially active between 3 and 6 years and then levels off.
B) increases steadily throughout early and middle childhood.
C) peaks between 1 and 3 years and then dramatically falls off.
D) peaks during adolescence.
In the Strange Situation, Sara approaches her parent during reunion with flat, depressed
emotion. Sara looks away while her parent is holding her and displays a dazed facial
expression. Sara is demonstrating characteristics of __________ attachment.
A) secure
B) avoidant
C) resistant
D) disorganized/disoriented
The earlier people start smoking, the
A) greater their cigarette consumption.
B) greater the likelihood of quitting.
C) smaller their chances of heart attack and stroke. D) smaller the likelihood of dying from a smoking-related disease.
One of the most momentous early attainments is the realization that words can be used
to cue mental images of things not physically presenta symbolic capacity called
A) displaced reference.
B) deferred imitation.
C) rational imitation.
D) inferred imitation.
Laughter first appears around
A) 3 to 4 weeks.
B) 6 to 8 weeks.
C) 3 to 4 months.
D) 6 to 8 months. 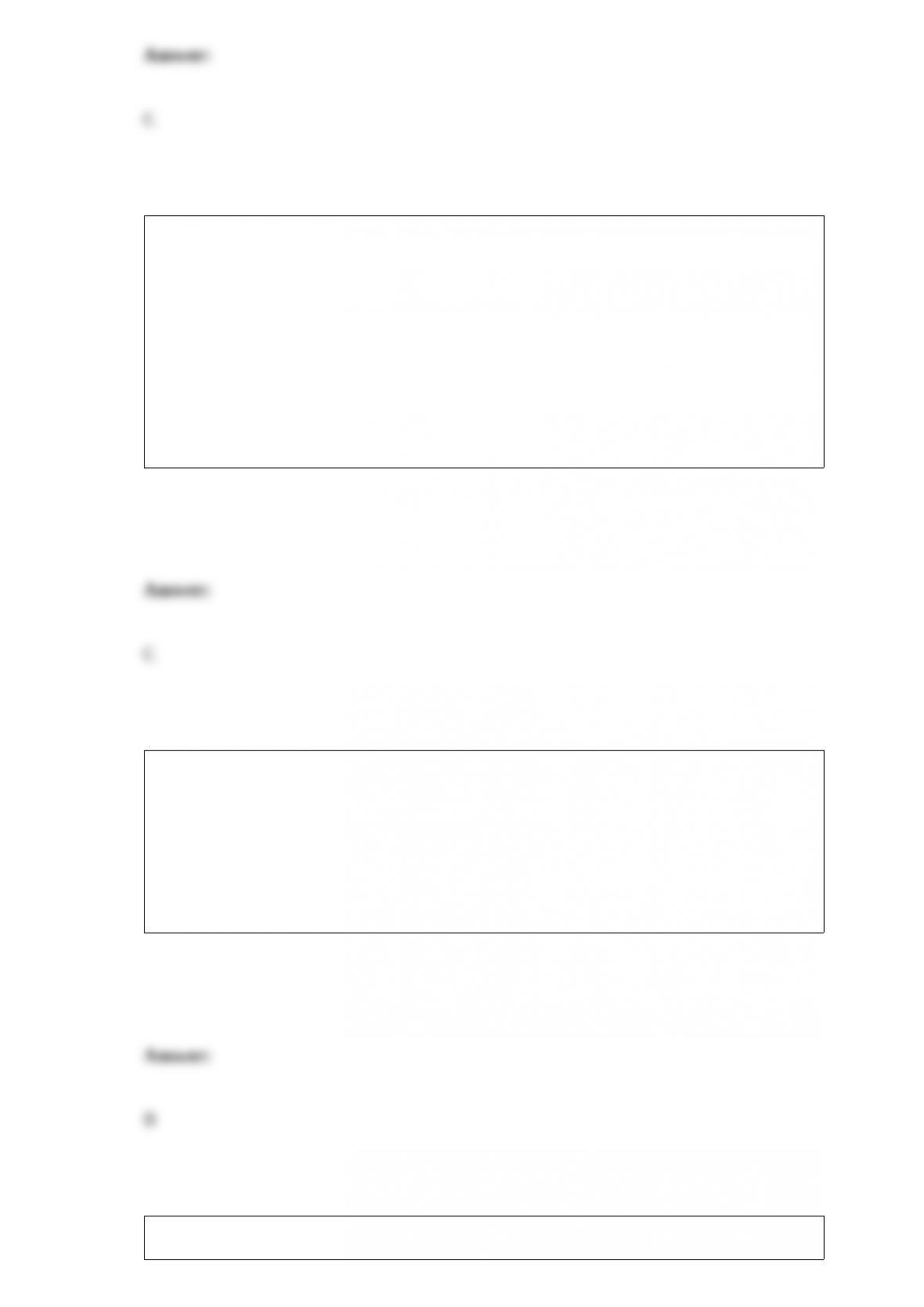 Which of the following mothers is the most likely to actively discourage rapid motor
development?
A) Elyse, a Canadian mother
B) Indira, a West Indian mother
C) Biyaki, a Gusii mother
D) Cheruiyot, a Kipsigis mother
On complex reaction-time tasks, response time
A) decreases gradually from the early forties into the nineties.
B) increases steadily from the early twenties into the nineties.
C) remains the same throughout the lifespan.
D) remains the same throughout early and middle adulthood and then gradually
increases. 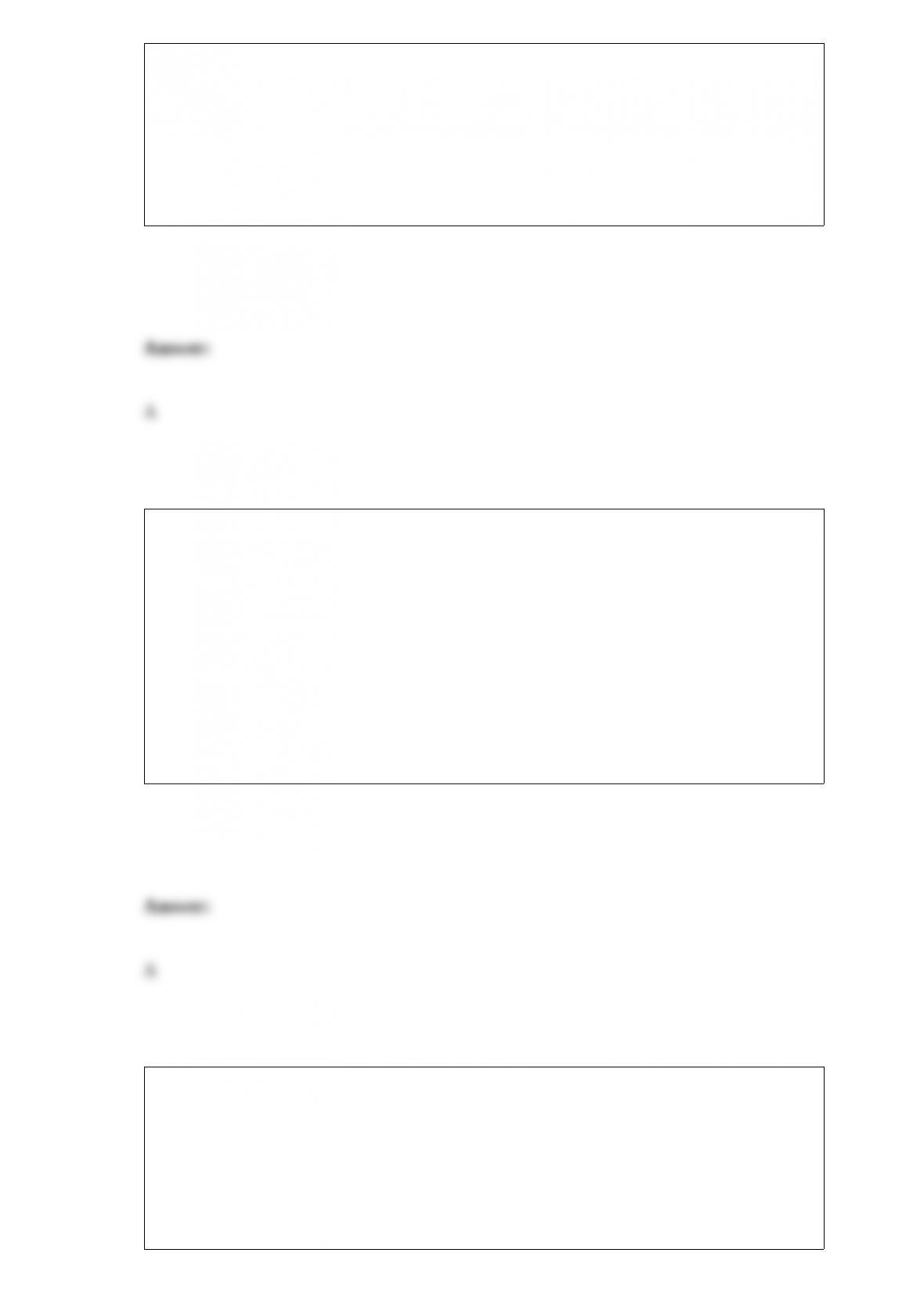 Mrs. Bernstein's attorney prepared a written document in which Mrs. Bernstein
authorized her daughter to make health-care decisions on her behalf. Mrs. Bernstein's
document is a(n)
A) durable power of attorney for health care.
B) living will.
C) health-care plan.
D) euthanasia directive.
Which of the following statements accurately explains the recent appearance of the
emerging adulthood transitional period?
A) Entry-level positions in many fields require more education than in the past.
B) Wealthy nations with longer-lived populations have a pressing need for young
people's labor.
C) A minority of young people seek higher education and delay financial independence.
D) Many aspects of the life course are socially structured, with little room for choice.
Which of the following statements about Lawrence Kohlberg's well-known "Heinz
dilemma" is true?
A) Kohlberg emphasized that it is the content of the response that determines moral
maturity.
B) Given a choice between obeying the law and preserving individual rights, the most
advanced moral thinkers focus on avoidance of punishment as a reason for behaving 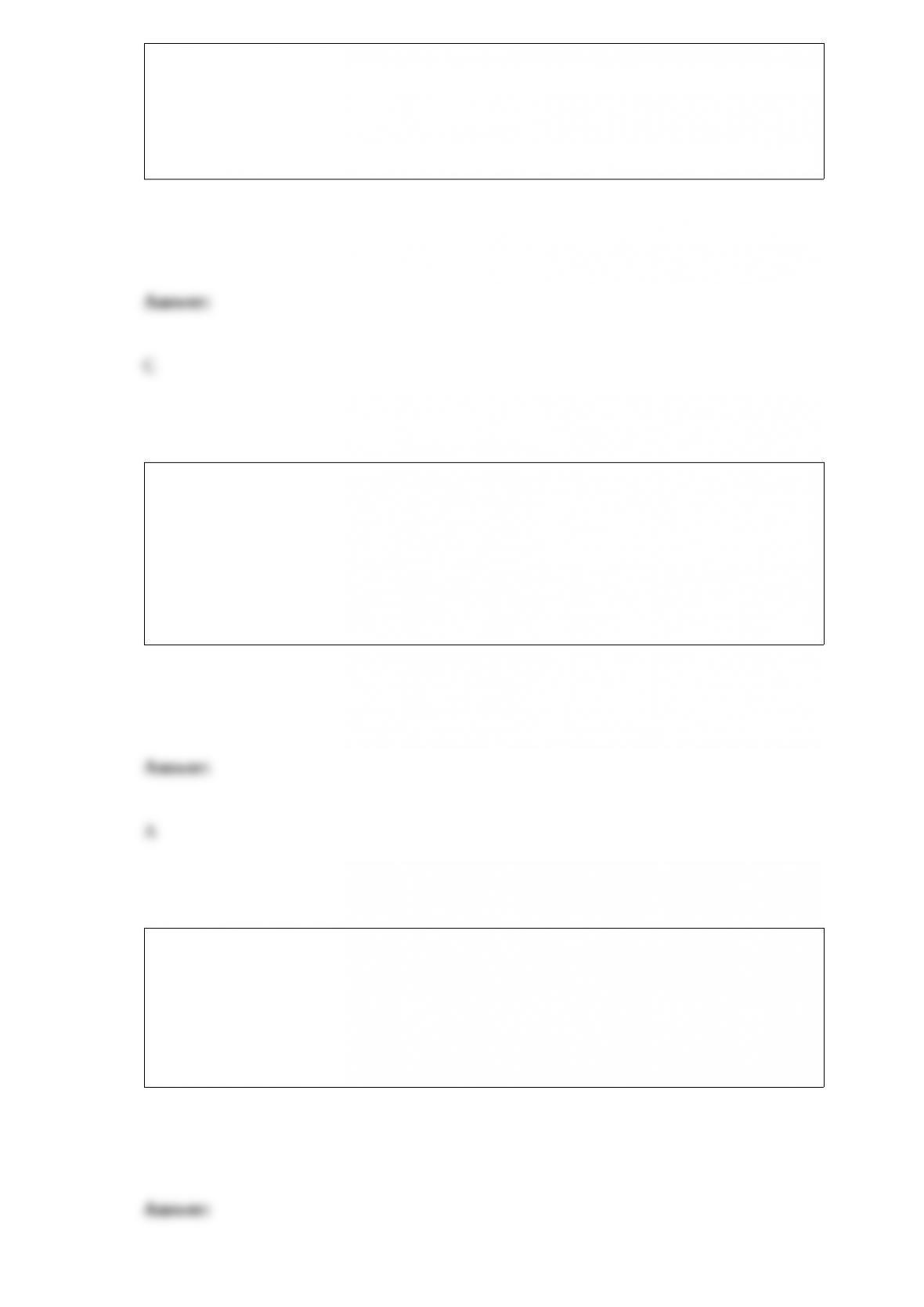 morally.
C) Kohlberg emphasized that it is the way an individual reasons about the dilemma, not
the content of the response, that determines moral maturity.
D) Kohlberg noted that females more than males tended to emphasize obeying the law
over the value of human life.
Among school-age children from middle- to high-SES families, insufficient dietary iron
and folate predicted
A) slightly lower mental test performance.
B) a loss of body fat.
C) serious and prolonged physical damage.
D) an increase in childhood ear infections.
According to Vaillant, __________ is a major preoccupation of midlife.
A) redemption
B) "passing the torch"
C) becoming androgynous
D) advancement Which of the following children is likely to be psychologically healthier?
A) Maria, a girl who has a strong feminine gender identity
B) Luis, a boy who has a strong masculine gender identity
C) Gabriella, a girl who has an androgynous gender identity
D) Gordon, a boy who has a strong feminine gender identity
Which of the following statements about generativity is true?
A) Parenting is the primary means of realizing generativity and, therefore, childless
middle-aged adults become stagnant.
B) Adults can be generative in parenting or other family relationships, but not in the
workplace or community.
C) A culture's "belief in the species" is a major motivator of generative action,
according to Erikson.
D) Generativity is motivated by the sense that one's days are numbered and the sense of
quiet desperation that ensues.
When building a block tower with his young daughter, Samuel adjusts the support
offered to his daughter to fit her current level of performance. Samuel is engaging in
A) transitive inference. 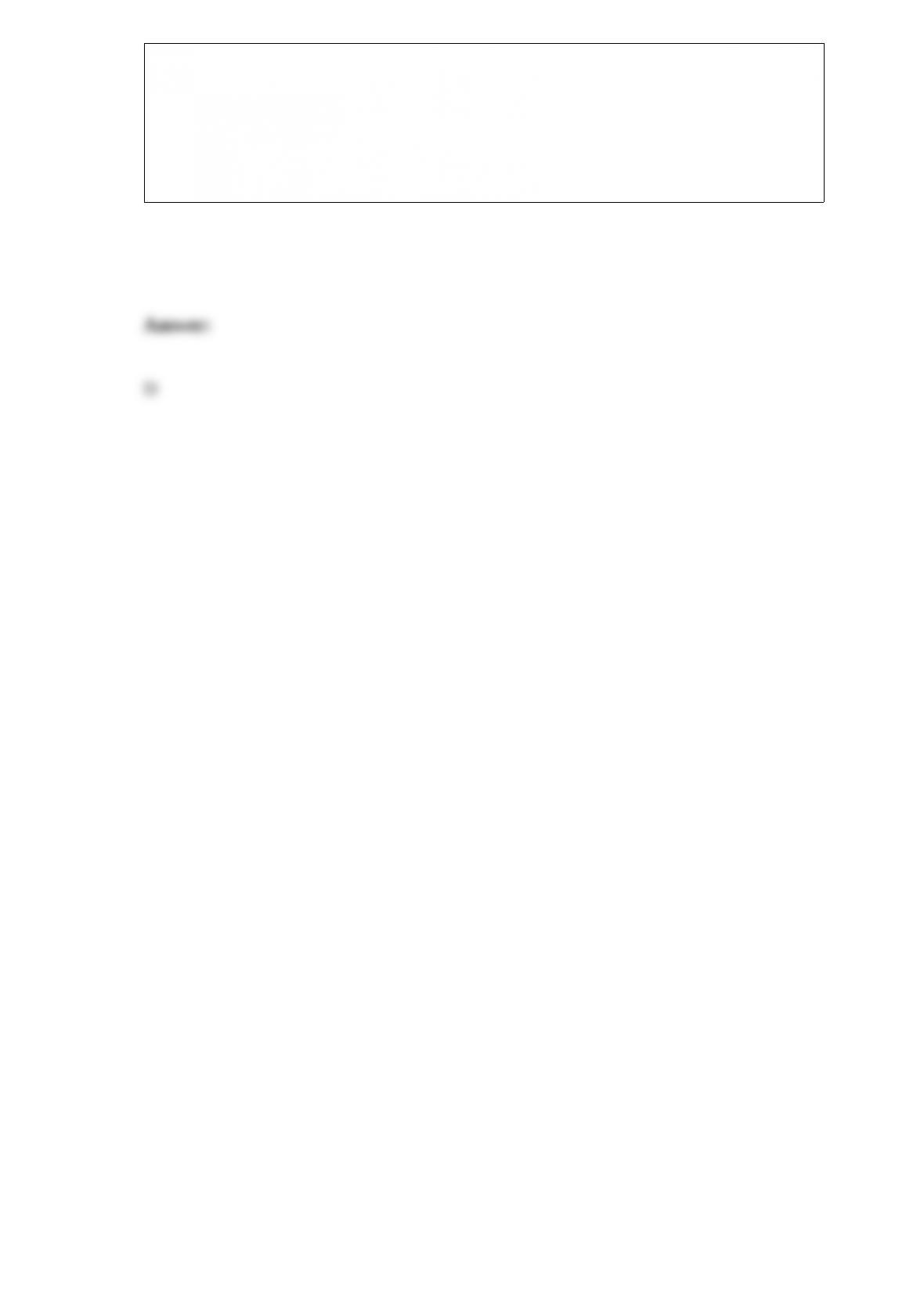