Accounting Chapter 18 Divisional Operations are Evaluated Every Quarter Comparison With

Document Type
Test Prep
Book Title
Fundamentals of Cost Accounting 5th Edition
Authors
Michael Maher, Shannon Anderson, William Lanen
For full access to CoursePaper, a membership subscription is required.
18-119
140.
David Palmer, manager of the Paper Products Division of a Graham Corporation, is a
strong believer of outcome measures. During one of his management meetings, he
impressed upon his management team that financial measures are the most important,
and that his managers should only focus on improving those measures.
Nina Meyers, a recent CMA who was at the meeting filling in for her superior, was not too
impressed with Palmer's exclusive focus on financial measures. As the meeting was about
to end, she nervously pointed out to Palmer that his focus on outcome measures could be
detrimental to the performance of the company.
Meyers: Excuse me, Mr. Palmer, but I think it is wrong to place exclusive emphasis on
financial outcome measures. Instead, the emphasis must be on what are known as lead
indicators, which provide information about the likely outcome of managerial decisions.
Palmer: I commend you for your knowledge on recent developments. However, I have
more than 20 years' experience in this field and I think I know what I am doing. After all,
ultimately financial results are what we want.
Meyers: I do not dispute that the ultimate result may largely be the financial returns to
our shareholders. However, unless we pay attention to the drivers of the results, we will
not understand the problems that exist in our processes. I can bring you up to date on a
new performance measurement system known as the Balanced Scorecard if you like.
Although Palmer was not too impressed at being challenged, he instructed Meyers to
write him a report on the Balanced Scorecard.
Required:
Prepare a brief report on the Balanced Scorecard with particular emphasis on the
following aspects:
• What are leading and lagging indicators?
• Why are leading indicators important?
• What is the relationship between leading and lagging indicators (cause-effect
relationships)?
• What are the different dimensions of the Balanced Scorecard?
• What are some examples of indicators pertaining to the different dimensions of the
Scorecard?
18-122
141.
Granite Manufacturing produces high-end furniture products for the luxury hotel industry.
Granite has succeeded through excellence in design, careful attention to quality in
manufacturing, and in customer service, and through continuous product innovation. The
manufacturing process at Granite begins with a close consultation with each customer so
that the finished product exactly meets the customer's specifications. This commonly
means unique designs, special fabrics, and high levels of manufacturing quality. In
addition, Granite believes that a key competitive edge it has over other competitors is that
it has an outstanding design staff that is able to work with customers to come up with
product designs that go beyond the customer's expectations.
Required:
Present a balanced scorecard for Granite Manufacturing with 3-4 perspectives and 3-4
quantitative critical success factors in each perspective.
The four perspectives are shown below, and example CSFs in each perspective.
18-124
142.
143.
18-126
144.
18-127
145.
Divisional managers of Crusing Incorporated have been expressing growing dissatisfaction
with the current methods used to measure divisional performance. Divisional operations
are evaluated every quarter by comparison with the static budget prepared during the prior
year. Divisional managers claim that many factors are completely out of their control but
are included in this comparison. This results in an unfair and misleading performance
evaluation. The managers have been particularly critical of the process used to establish
standards and budgets. The annual budget, stated by quarters, is prepared six months
prior to the beginning of the operating year. Pressure by top management to reflect
increased earnings has often caused divisional managers to overstate revenues and/or
understate expenses. In addition, once the budget had been established, divisions were
required to "live with the budget." Frequently, external factors such as the state of the
economy, changes in consumer preferences, and actions of competitors have not been
adequately recognized in the budget parameters that top management supplied to the
divisions. The credibility of the performance review is curtailed when the budget cannot be
adjusted to incorporate these changes. Top management, recognizing the current
problems, has agreed to establish a committee to review the situation and to make
recommendations for a new performance evaluation system. The committee consists of
each division manager, the Corporate Controller, and the Executive Vice President who
serves as the chairman. At the first meeting, one division manager outlined an
Achievement of Objectives System (AOS). In this performance evaluation system,
divisional managers would be evaluated according to three criteria:
• Doing better than last year - Various measures would be compared to the same
measures of the prior year.
• Planning realistically - Actual performance for the current year would be compared to
realistic plans and/or goals.
• Managing current assets - Various measures would be used to evaluate the divisional
management's achievements and reactions to changing business and economic
conditions.
A division manager believed this system would overcome many of the inconsistencies of
the current system because divisions could be evaluated from three different viewpoints.
In addition, managers would have the opportunity to show how they would react and
account for changes in uncontrollable external factors. A second division manager was
18-128
18-130
146.
147.
148.
149.
150. 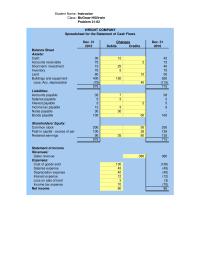 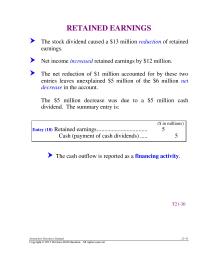 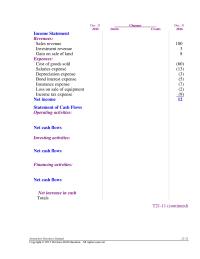 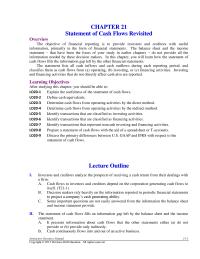 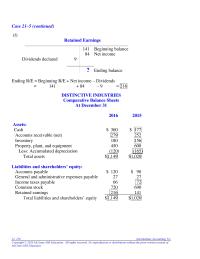 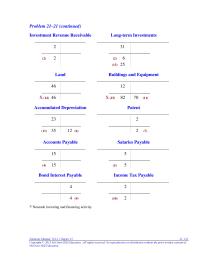 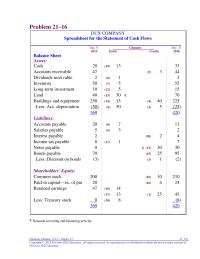 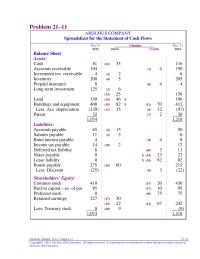 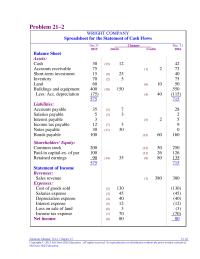 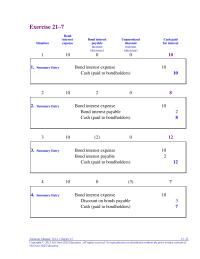 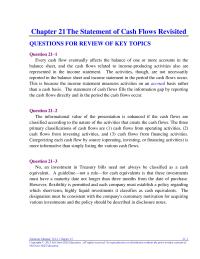